There are a lot of great faces here in this wonderful photo from Trials Journal. 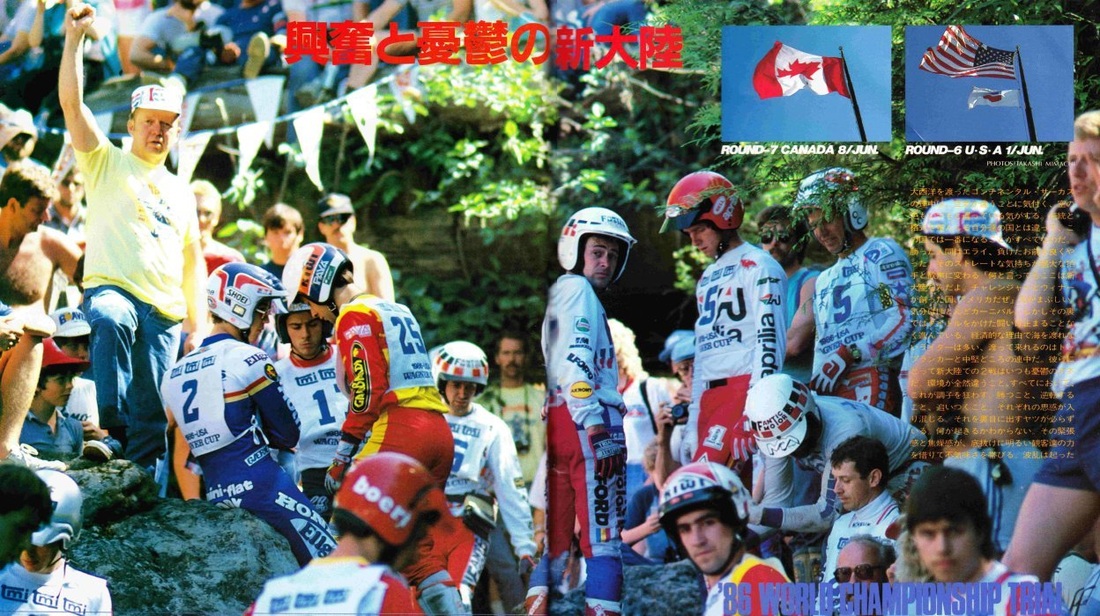 2014 Thierry Michaud interview www.retrotrials.com photo Trial Journal
Did you live in the van whilst on the road to trials ?

No, I was not living in the van with my brother. I was going and staying in the hotel.

Were you doing the driving or was it just your brother?

At the start, of course my brother was driving as I did not have a licence. Later we shared the driving  ha ha
What can you remember about the competition department of the SWM company ?
I remember that for me it was the best. This I think is the most important thing. It's your conviction. Not a stupid conviction. You just have to be convinced that the situation in which you are, are the best. The situation is the best, then I was just going to evaluate a year later than Giles Burgat become World Champion. In this situation there is no question. You have the best bike, the best mechanic and everything is the best, you just have to go, this is my opinion for a young boy 18 years old was very confident in everything that they were telling me. So some years later I realised that nothing was perfect you know, but what is important at the moment is that fact that you believe. You trust in your mechanic. You trust in your bike. You believe that everything is fantastic. This was the case. It was true. I really arrived in the best condition. I was convinced and it was the truth, then it was perfect. 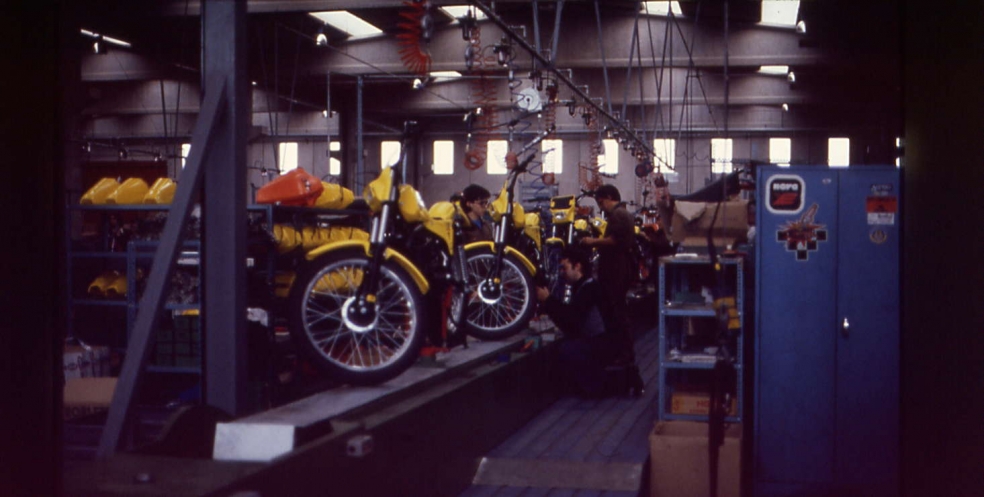 The Trial production line at SWM . Thanks to http://www.swm-moto.net/en/ for the photo. Thierry Michaud Interview 2014. www.retrotrials.com
The original SWM factory was located in the small town of Cremona in the northern town of Italy. This factory formed quite a small footprint however it did expand to much larger premises elsewhere but later contracted back to this singular location . SWM made a total of around 8,000 motorcycles. Even to this day competition departments are considered a distraction. It was no different in the SWM days and the competition department was located elsewhere nearby.
﻿I have placed a link to the most amazing video of the SWM factory with a walk around of the different departments. You'll enjoy it for sure and was uploaded to the internet by ﻿ the SWM boss Pietro Sironi .
Below are stills of the factory from back in the early 80's. Today (below right) the factory still stands but stands mostly empty.
Did the race department of SWM look after you and your bikes very well ?

Oh yes, of course. I go to the factory of SWM many times because it was only 5 hours from my house, go to Milano in Italy, then I spend a ….I don’t remember really …but I can got there and go back in the same day and I was going and leaving at 5 o'clock in the morning. At 10 o'clock I was in the factory and at 5 o'clock in the after noon I come back and by ten o'clock in the night I was at home. Sometimes I spend more days there when we were testing somethings. Yes, it was was a good condition to work within. What is very important is the mechanic appreciating not because I was a good rider because I tried to speak in Italian. I asked many questions. I was interested about what they were doing. I have a very good relationship with the mechanic. I was a boy and they appreciate me and it was a very good human relations. I think they have good memories of me and I have good memories of them. It's very important. 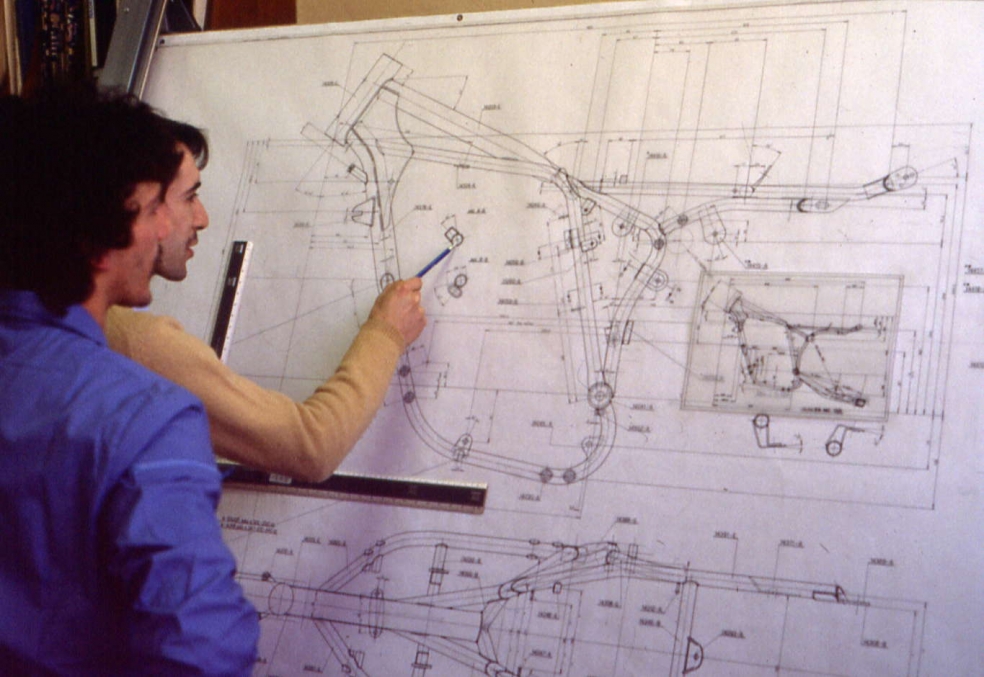 The Trial production line at SWM . Thanks to http://www.swm-moto.net/en/ for the photo. Thierry Michaud Interview 2014. www.retrotrials.com