The Results sheet and photos of Pere Pi from the 1958 24hr Endurance event of Monjuich.
Arturo Elizalde and Pere Pi at the start of the Motocross de Manresa 1958
And theyre off  !. Come on Pere, Arturo is pulling away ! :). 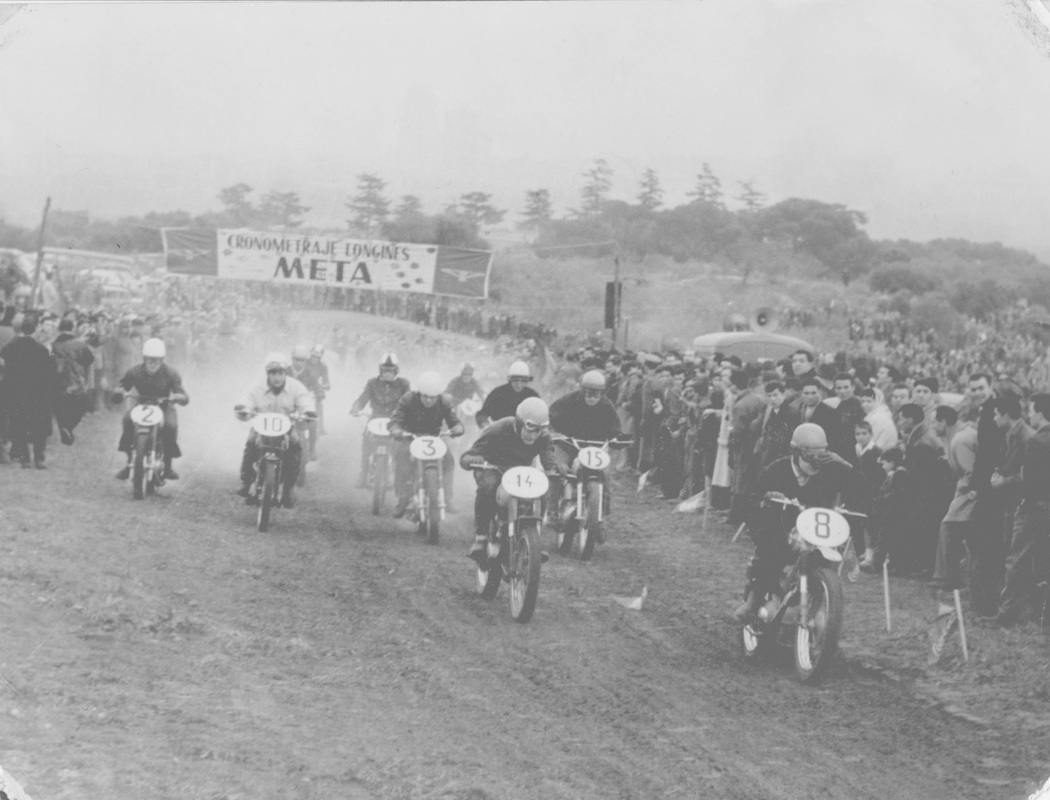 2014 Pere Pi Interview www.retrotrials.com
A great photo taken in 1958 at the Derbi factory of all the workers celebrating the success, riders and trophies sitting in front of them all from the 24 hours de Montjuic. Simeon Rabasa standing on right. Pere 2nd rider from the left. 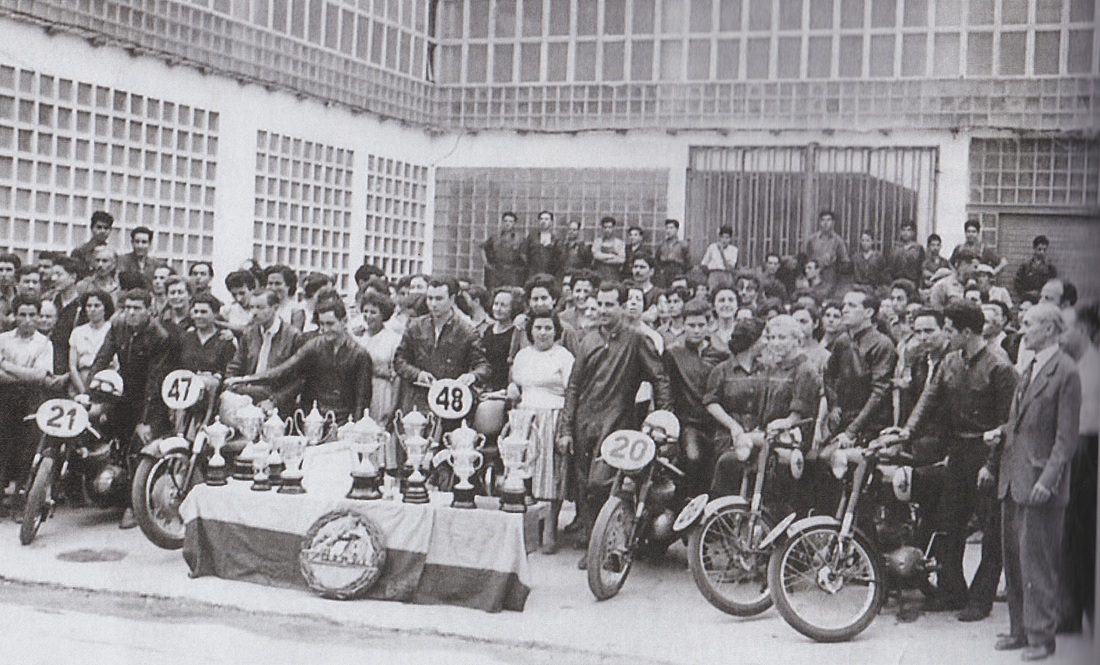 2014 Pere Pi Interview www.retrotrials.com
Pere Pi started with Montesa as a motocross development rider riding for this marque from 1960 until 1966. During this time he crossed over from being a pure rider to being head of the research and development department leading a team of over 45. This team at Montesa first developed the motocross models and then later the Montesa Cota. Pere was one of the shareholders of the Montesa company and was a highly regarded member of the management.

Pere and his team developed many technological advances that you will hear about that were adopted immediately by the other factories and are which are still in use to day.

During his Montesa days Pere was himself responsible for the birth of the Indoor trial. He was pivitol in the starting of the Barcelona Indoor trial in 1978 and took control of the event for 13 years.
Then I continued like this until I was 18, 19. In 1958 out of Montesa came Bultaco. I was still in Derbi. Then Bultaco began to work in competition in everything, road race and motocross. Then Montesa had no ideas because all of the riders go to Bultaco because Mr Bulto is a sport man and Mr Permanyer is an industrious man. Mr Permanyer then start to look for a sport and competition manager and he say Pedro Pi is good for motocross. He come to my house and asks me if I am interested to come to move to Montesa.
Mr Pere Permanyer and Pere had great mutual respect for each other. Pere was invited to be one of the shareholders of Montesa.
I say yes because although Derbi was good place to be they don’t have any structure for competition at this time. We ride and if I win I get congratulations but this was not an interest to them at this time. We modify a road bike a little and go, so no proper bike. Derbi were not interested in this power. Later when Angel Nieto, they were the greatest in the world, but before in the beginning it was disorganised and the riders ride where they want. One weekend rally and then also motocross.

Jordi interrupts and says, "You are taking to the man in the middle of the Spanish motorcycle sport because everything he learn from Derbi, he pass to Montesa. He know all of the battles between Bultaco and Montesa. Pere Pi is the central man of the Spanish motorcycle world. After he left Derbi and go to Montesa, Montesa and Bultaco were fighting in the competitions."