Pere Pi continues and his voice is loud and you can see the passion is his eyes and hear it in his voice. Pere has incredible passion for what he is saying now.

Pere puts on a quiet voice as if he is telling a child a story.

I explain the history as told by Bultaco.

The Bultaco have a public relations story and the actual history.

Now you know there was a big crisis. In 1957, 1958 also there was a big crisis and the industrial side Mr Permanyer and the people look at the situation with Montesa surrounding the crisis. At this time Mr Bulto have 11 percent of the Montesa society. The first name was Permanyer de industrial mechanical, but the brand was Montesa. Mr Bulto have 11% and he stay in the factory in the sport side of the factory. Then every week or 2 weeks he goes to ride for France in Spain or Italy. He has a good name and made good publicity around the world where he go. Bulto the name was good but his work was outside of the factory. He no work in the factory as he is at the competition to try and change the bike and make it better. All of his friends work with him in this small competition department and he only work within this department and race. Then Mr Permanyer sees the crisis and it is all around him. He looks at his competition and says that we must stop this competition. It is too expensive, we cannot afford this.

Mr Bulto had plans to start Bultaco for a long time when working at Montesa.

Jordi Rabassa says, all the people at Montesa knew that when he leaves Montesa it was to be in a new factory.

Pere continues - All the motorcycle people at Montesa know this because I work there for 25 years.
Pere clearly holding the audience of Montesa boss Pere Permanyer and son , Puigjaner,Kalevi Vehkonen with Pere. 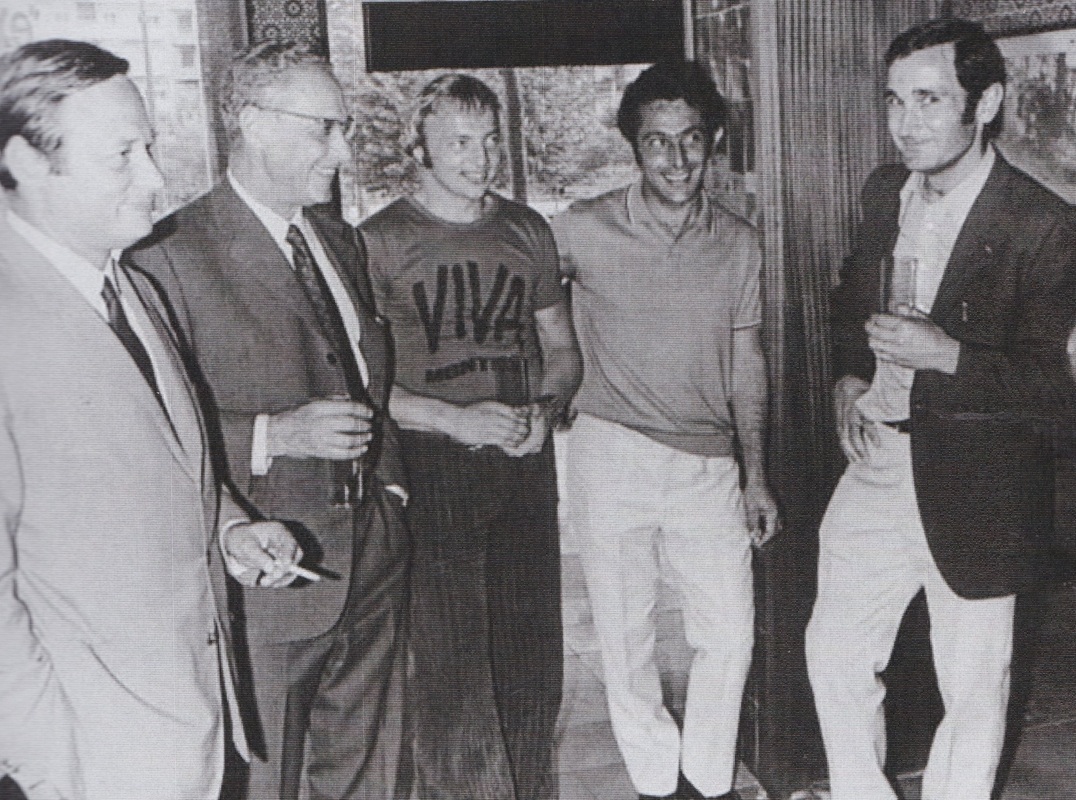 2014 Pere Pi Interview www.retrotrials.com
When the 7 men from Bultaco leave and go to start Bultaco, the men from Montesa come to work the next day and work and work and work every day. Then when Bultaco begin to have small difficulties they might decide that they need more expertise. So which one would they like? That one from Montesa. Call him and bring him to Bultaco. The people at Montesa would say “That person is not here for work”. Then they would see he is at Bultaco. Then after some weeks another one would go and then another one.
Just as Pere Pi started with Montesa in 1960, the company was moving out of its long time premises in Pamplon. This was a small, cramped, dark, inner city building. I would have imagined that the new future for Montesa at the fantastic Esplugues factory featured heavily in the conversation Pere Permanyer had with Pere Pi, when he won him over to Montesa.

This is the old factory that Montesa was leaving at the time of Pere starting.

Permanyer Industries rented 89 Pamplona, Barcelona from 1945 until 1960. These 3 photos were taken during this period.
Retrotrials.com visited this factory in late 2012. It is now a sewing machine factory but the owners kindly allowed us in to have a look around. There are two things of particular interest. The image of the early Montesa factory workers above is a great photo.

The same room is below, but is from an angle where the old photos look straight down the room. In all of the room photos you can see the same old small window up high. The distinctive vertical steel pillars also give the room away as being the same, however the pillars were shuttered in the old photos.
Here up on the wall if you look carefully ..... you can﻿ just ﻿see the old "M" for Montesa faintly marked onto the wall surrounded by a circle, where it had been painted previously, overlooking the road beneath. 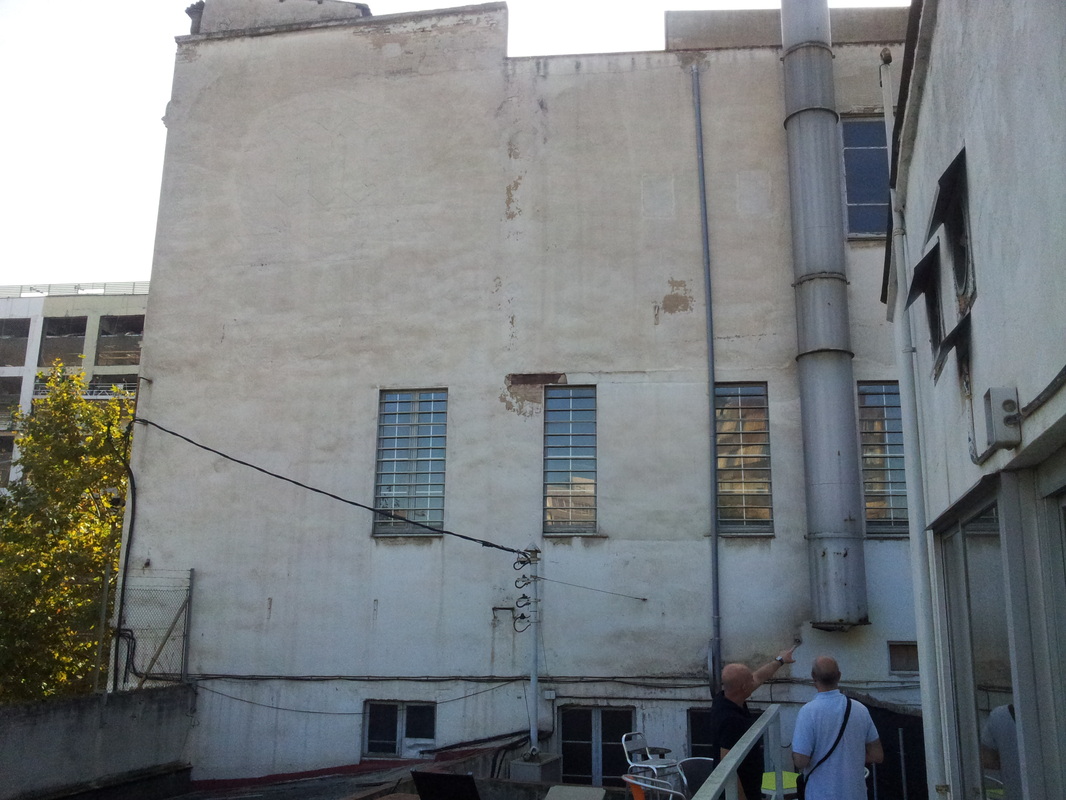 2014 Pere Pi Interview www.retrotrials.com
I will place a link at the end of this report for the full tour of this old Montesa factory.
Why were people happy to leave Montesa?

Because Permanyer had his persons are for work and very quiet. Bultaco big talk and say “Montesa in 3 months bankrupt and Bultaco is the future”. More or less like that. Also, the factory, the old factory, Mr Bulto was there, but the office of the commercial, the money was in Barcelona 2 km from here. Bulto was here and when he speak everybody listen, like a leader and speaker. He is a like a big leader in the world or this sector and charismatic. He always speaks with heart and passion. Then in the factory the workers all like to hear this talk. This happened at the first factory. When Bulto called the workers he always called the factory, not the offices or the commercial department. They would say “Oh Mr Bulto called me”.  This situation of Bulto taking the workers got everyone looking at this situation and nothing else because nobody knew if tomorrow they would get a telephone call from Mr Bulto. Everyone said “Oh this person go, that person go”. “Maybe me tomorrow or maybe you”.
﻿Pere Pi with his then wife Maria Isern.﻿ 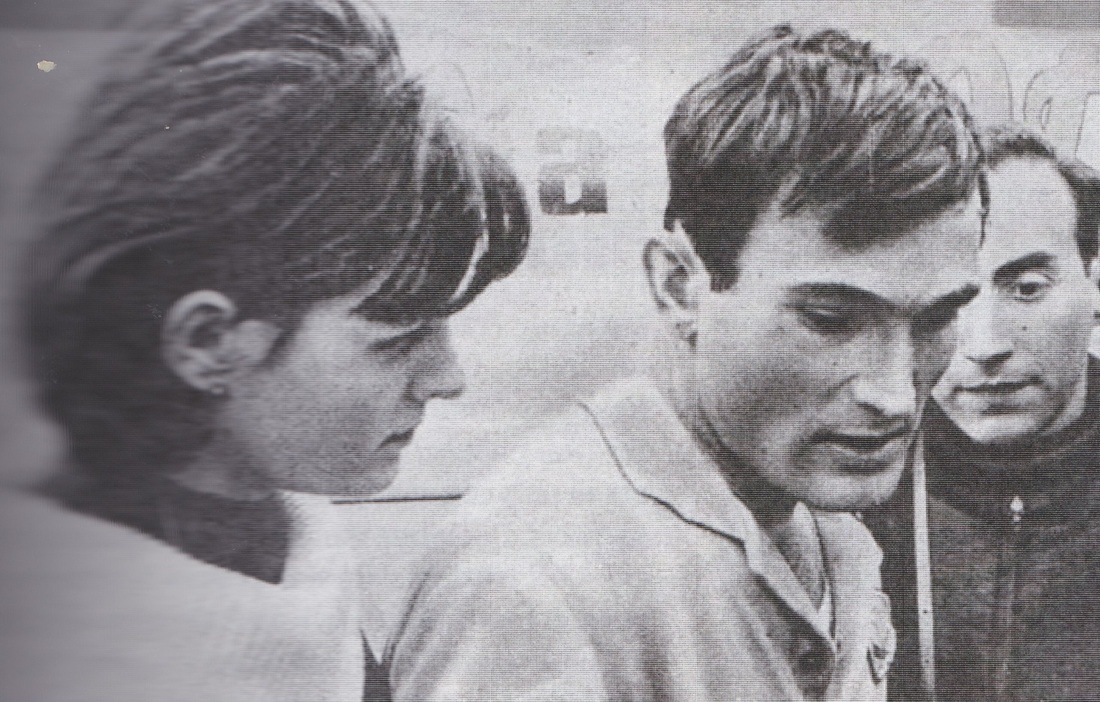 2014 Pere Pi Interview www.retrotrials.com
Everyone who was asked to go to Bultaco go there…….until one day somebody say “no”. On this day a man says “No, I am Montesa, I don’t move”. They wait for the call from Mr Bulto and the call one day came. The man says “No, I stay Montesa, I keep Montesa”. After this everybody was strong and everybody work at Montesa. After one year, one year and a half, Montesa make a new factory. Even the crash and people leaving Montesa does not stop Mr Permanyer for expanding the company and recovering. The clever people were with Montesa.