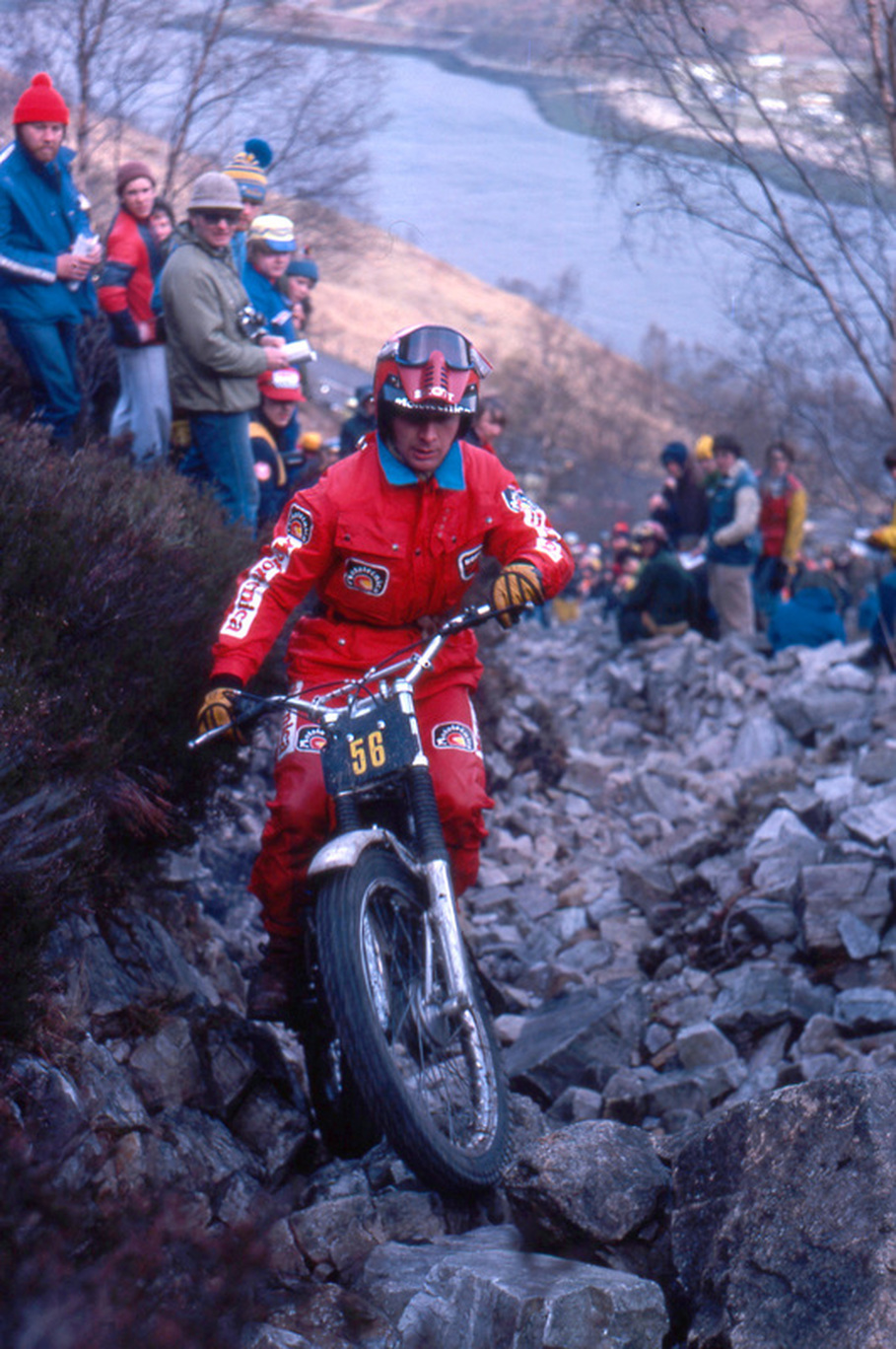 My first time I go to the Saint Lorenc trial, this is a classic trial and Mick Andrews used to win there. My first time I go there I go watch the trial and go with Jordi Rabassa with his car and trailer. He is very nice man. I remember at this time it was very hard to follow the sections on the tracks and I remember looking and thinking I cannot get up this step and off along the track. The other riders pass me and I get annoyed and I have to grit my teeth and be strong and it is not what I like at this time but I have to go hard at the step ha ha. After some years later when I see someone who is the same as me at the bottom of the step I think to myself I know what it is like for you and what you think now.

Were you sponsored initially by Montesa through Isern?

In this time they were a very important dealer and he was also family with Pedro Pi. I do some good rides and he spoke with the factory and the factory ask me to ride with them. This is very nice for me.
Back in the day Jaime was a front page magazine rider.
Jaime Subira at the 1978 Pipeline sections of the Scottish Six Days Trial 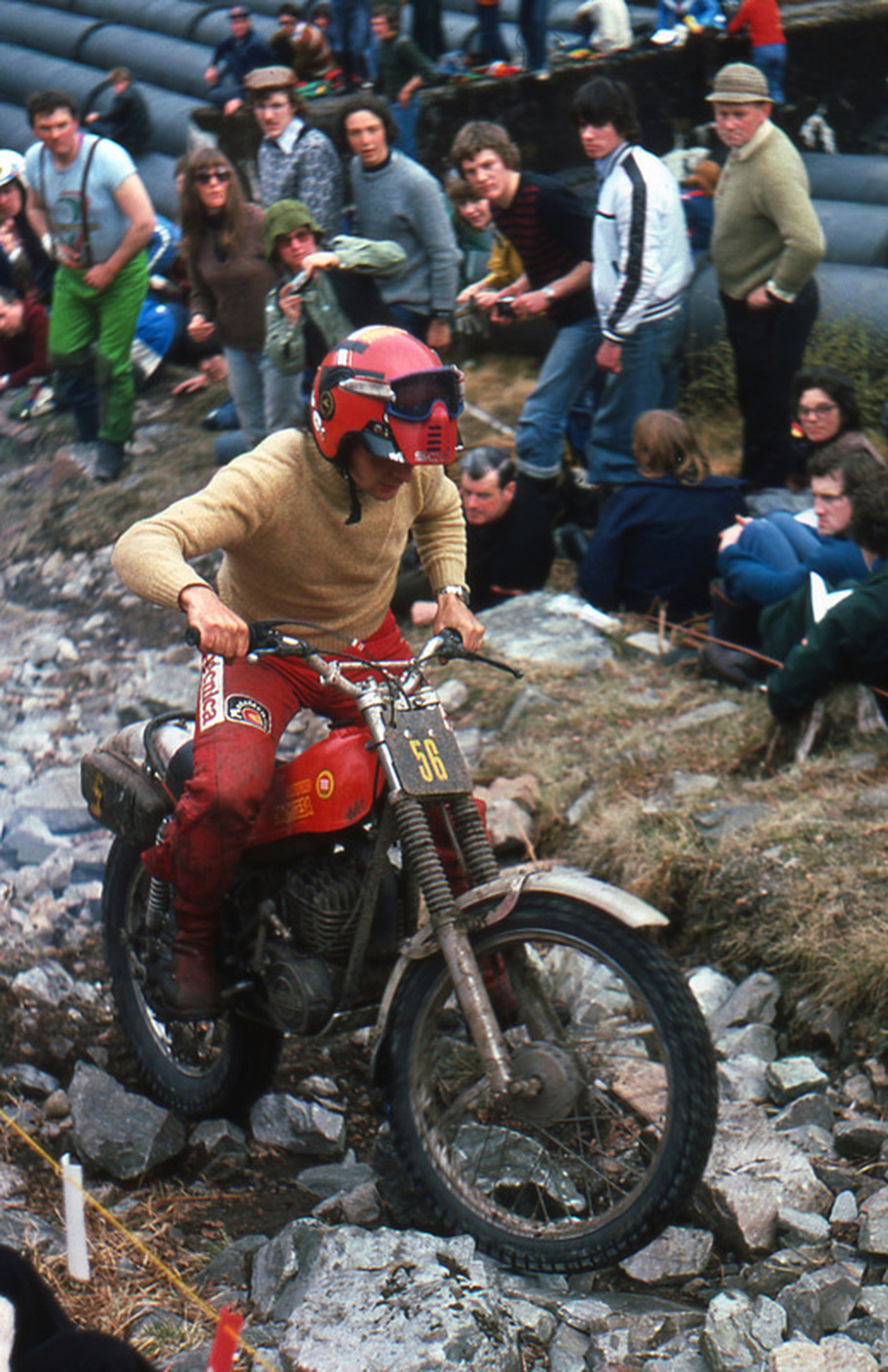 When I was Fantic dealer I organized very nice trials also because that allows federation come to me Jaime “what has happened you make some trial, not federation trial?” It was maybe 100 riders.  Also in Vic, 40 maybe 50 kilometers from here they make not federation trials and also 150 persons and also 10 rider - 15 riders for the Catalan Championship. They ask me “What do we have to do?” I say that they have to do like Italy. Italy do a trial for the junior, senior, gentleman, many many categories, you know and we do that for the federation and trials in this era go up. We also make it much easier to make the subscription for the trial, before you have to call 10 days before the trial to pay from the bank ...funny things, you know, much trouble. It was very difficult to ride trial. We make everything easy and the first trials at the start of the year you can take your license there and you can make a subscription at the moment and also there are many categories. After trial come up again and after we organize for 10 years now an “open trial”. This trial is organized with many categories and 3 different routes in the same section with flags of the different colour. We tell where each category has to ride and also now at this time these trials are getting bigger and bigger. In one moment we organize this with my club which is called moto club cent peus, which means 100 foots ha ha ha. We make a kind name for the club. This starts very nice and after km.2 and zona ceros  come in with us and everyone organize 3 trials for the year and altogether we make Championship and after we make a lottery and give 3 or 4 new bikes as the prizes﻿.
All the factories came with the lorries at the start of the trial to make publicity because there were many many riders. At some trials there were 250 riders. Other trials 150  - many many riders. Some of the trials were in the south of Barcelona near Zona cero and after km.2 organize trial in this town and La Roca and many other places there are many many places to ride trial near here. Zona cero’s club was called the gava club. This has been the best publicity I have seen in trials. After our club organize the trial called “the bike of the year “and we asked the factories. With their support they bring to us 2 bikes and 50 rides make 6 sections with each bike and after we make a competition to discover which bike makes less foots. For each category. This is very clever and very nice but it was a lot of work ha ha ha

Which bikes were these? Bultaco, Montesa?

No no no no, It was Gasgas, Montesa, Sherco

No no no is more recent
:(
Beta also

When you have 250 riders, what year was this?

Is this club still going?

This club Km.2 is finish

Why did Km/2 finish?

Because they make a society ....they have very big shop and one of the persons thinks that motorbikes is not a good business so they close. Ha ha. He has a lot of money but motorcycles is a lot of work but no much money, no profit, so close.

Yes many, Gallach was one rider, now he is minder with Cabestany.

I thought that he was a mechanic in a shop