A detailed interview with Oriol Puig Bulto + full access to his photo gallery and Trial records.
Please tell me about your initial involvement with Bultaco .

Well I was one of the founders of Bultaco and I was part of the company when it was founded the Company De Espania De Motories (CEMOTO). I am sure you know why this was . It was because, you know ,my uncle because of differences in the way of thinking of the policy of the company of Montesa that he decided to leave and then later start the company of Bultaco .He decided to leave his post and sell all of his shares in Montesa and therefore to concentrate in the piston factory that he already had.

What was the name of your uncles  piston ring company?

It was called Fundaciones Industriales S.A. and they had the licence to manufacture . They started with making only piston rings and then they obtained the licence and the technology with Mahle  to make their pistons.
Whilst Paco Bulto ran operations at FISA (Fundaciones Industriales, SA) , the major shareholder was Paco's brother José María Bultó Marqués. It was Jose who in 1977 was taken hostage by  the "terrorist" organization "EPOCA" ( Exèrcit Popular Català) , who wanted Catalonian independence. They attached a bomb to his chest and demanded 500 million pesetas. Jose refused to pay and the terrorists responded by exploding the bomb. Jose's son was Manuel Marques who worked for Bultaco and later was the designer at Merlin , creating amongst other things the monoshock FIUS model , piloted by Eddy Lejeune.
​The  piston ring factory was in Villanova de Geltru. That is the real history because the people that left Montesa spread some incorrect Histories about my uncle and on these discussions I have spoken with Pedro Pi. In his book he says about that the people who escaped from Montesa. In my mind nobody escape from Montesa. They simply have the desire to change their job.

I wasn't going to ask about this but seeing as you have mentioned it one of the stories about the Bultaco founders is that, when they left Montesa they took with them some of the drawings and ....

oh yeah this is another thing I have heard this

What do you say about this ?

This is completely false. Although I was finishing my exams at this time of May and June in 1958 , I was quite close to the situation I would go to my uncle's farm in San Antonio. I recall that they brought their a drawing table to this location and I remember Mr Chalamanch and my uncle together at San Antonio , our family home. I remember my uncle saying that they had an empty piece of paper with nothing on it. It was a difficult situation to be in but Mr Chalamach who was there , was previously the technical director of Montesa.
Retrotrials has visited San Antonio. It was precisely this snooker room where the first Bultaco was designed.
Any Bultaco fan of salt should know what lay beyond those doors. They can find out if they search this web page.
He was a very good draughtsman and he had all of the engines that he had ever worked on and designed in his head.  I was there when Mr Chamalamanch put two lines on the piece of paper and then one axis for the gearbox and then he said to my uncle Paco , "Look the situation now . It is not too difficult. The paper now is not to empty. It is not like the desert as it was a moment ago. So that story is completely false the drawings were made by Mr Chalamanch and Mr Adhemio.  It is true that the staff leaving was understand to have been a shock for Mr Permanyer . You see when almost all of the technical team on Montesa went to tell him that they wanted to leave the company Montesa ,it is always and naturally a shock for a company when you lose some persons. The facts were there. These people did not agree with the policy of Mr Permanyer and they believed in the policy of my uncle . They then went to ask him to start a new company that should be led by him. This meeting coincided with the birthday of my uncle Paco and so they invited him to a dinner with the excuse of celebrating his birthday. But , in fact what they wanted to propose to my uncle was that they were prepared to leave the company Montesa and they wanted to start a new company that was Bultaco.

Where was this dinner ?

The dinner was held here in Barcelona.
This is the actual restaurant where the Bultaco company was agreed. The bears the same name Can Castellvi , as it did with the Bultaco pioneers dined there. With no effort spared, Retrotrials made the trip to find and record it. It opened  for the first time in the late 1940's and only recently closed. The restaurant lies 15km from the centre of Barcelona in a rural area and looks to me to be a place you would definitely travel to dine at. The outside dining area benefits from a river that runs alongside it. This along with the shade from the trees in the warm weather , must make it a perfect place to dine. 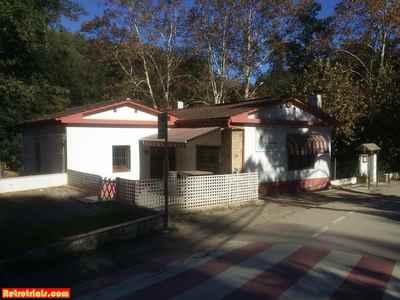 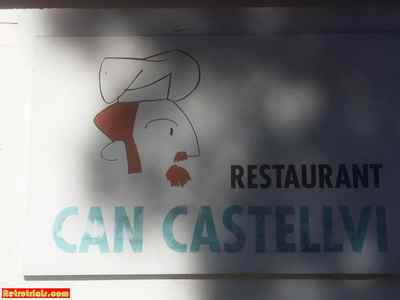 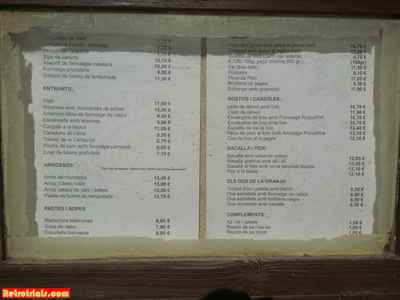 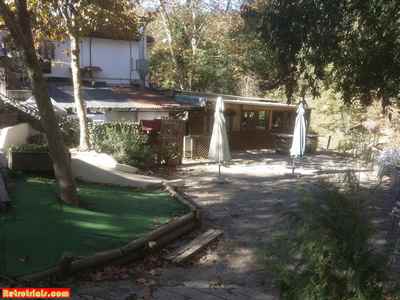 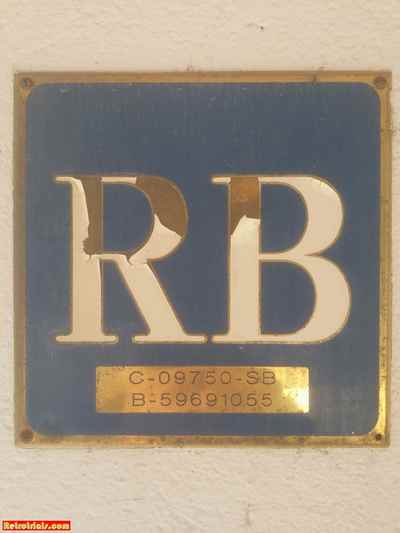 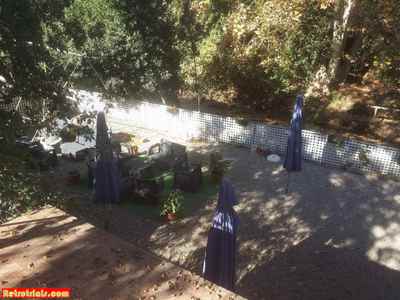 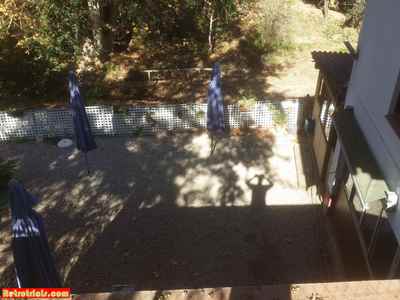 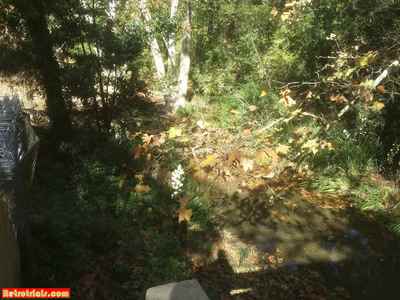 So they went to ask him to start a new company that should be led by him. This alle coincided with the birthday of my Uncle so they invited him to a dinner with the excuse of celebrating his birthday, but in fact what they wanted to propose to my Uncle was that they were prepared to leave the company Montesa and they all wanted to start a new company that was Bultaco.

Where was this dinner ?

The dinner was here in Barcelona but I was not there because I was very very much involved with my exams. But my Uncle explained to me. This is also when he said to me and repeated it to me, that when I had finished my studies and started to work professionally, he wanted me to come and work for Bultaco. I said "Ok" ha ha ha .

So you are not in the famous photograph with the thumbs up and the Bultaco Tralla ?

No. No.  This was the complete team . This was a photo of the people who had left Montesa . Others were there also . These included  my cousin Juan Soler Bulto.