Was your family into motorcycles?

I have brothers, yes. When I start to ride motorcycles and I start to do quite well my brother helped me and he came to me in the Spanish Championship and the World Championship to support me. Before me family was very tradition football supporters. In this town it was a very important club. I don’t mean an important town. Not important because they make important players but for the children it was fantastic to go and they achieved wonderful support from everyone. It was everyone’s passion to support the Martorelles club.

What was your first motorcycle that you ride around on?

When I was 16 I take driving permission to drive 75cc and I was riding the Derbi 75cc. I prepared this fantastic because the factory was below my house and many friends work there. I say “buy me this from there from the competition department ...they weaaaaooowwww . The bike was incredible ha ha ha so fast. 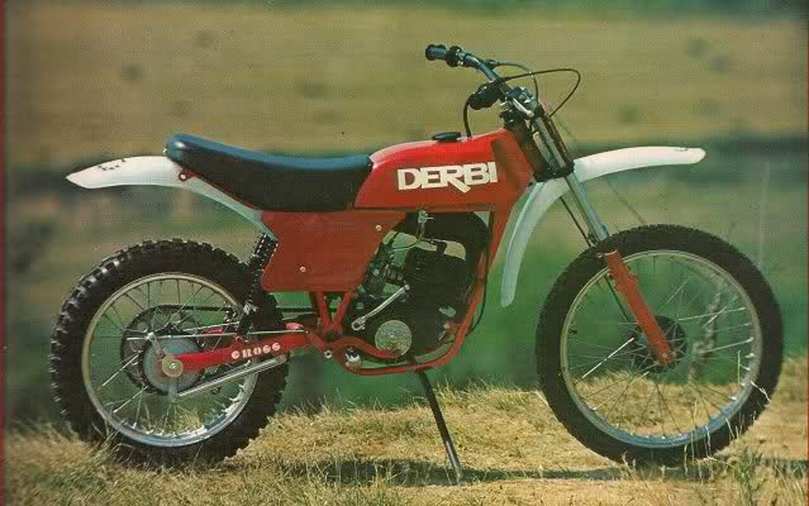 2015 Exclusive Jaime Subira career Interview www.retrotrials.com
My first accident. I buy this bike before when I was 16 maybe 3 month before I was 17 and I prepare the bike and paint it and prepare all of the bike. The week before I go for driving license I think that I have to test this bike. It was so nice ha ha. I have to test. This was my first accident. I try the bike and I have big accident ha ha ha. I was lucky, just some scratches to the bike and me.

Was one of your girlfriend’s Gabino Renales’s sisters?

No no no. Arrgghh, yes sure I have the sister of Gabino on the rear of my motor cycle. My wife live in front of Gabino’s father and when I get married his father opens the garage for me to repair the bikes. Gabino was very small boy and he was always there to watch me repair the bikes with his dad. He starts with me a little. We were very close with our families. The family from my wife and the family of Gabino was living next for many many years and when they start to make the new houses in the rear the first 2 house that they make are Gabino’s father and my wife’s father so they lives for many years together and were very very friendly and like family. They give me free the garage to use this. They are very very friendly.

How did you get involved in the trial?

Mechanic. I worked at a seat dealer from 14 until 18. Then for half a year I work in the construction factory. They make the houses and I prepare the machines, everything I make good for the company.  The truck and all of the machines. After then when I was 18 and a half I came Montesa, at this time I start to ride trials and Montesa make me a contract to ride and this person from this construction factory say to me I pay you the bikes, I pay you the expenses to go to the races and he say you cannot leave. I say I am sorry, it’s so nice for me, I like bikes and the factory Montesa want me.

Who was your hero at this time when you first started riding the trial?

At this time it was Pedro Pi and Oriel Puig. Ignacio Bulto. These are the best riders at this time.
Bultaco riders Oriel on the left and Ignacio with the goggles look on at Montesa devotee Pere with the flat cap. 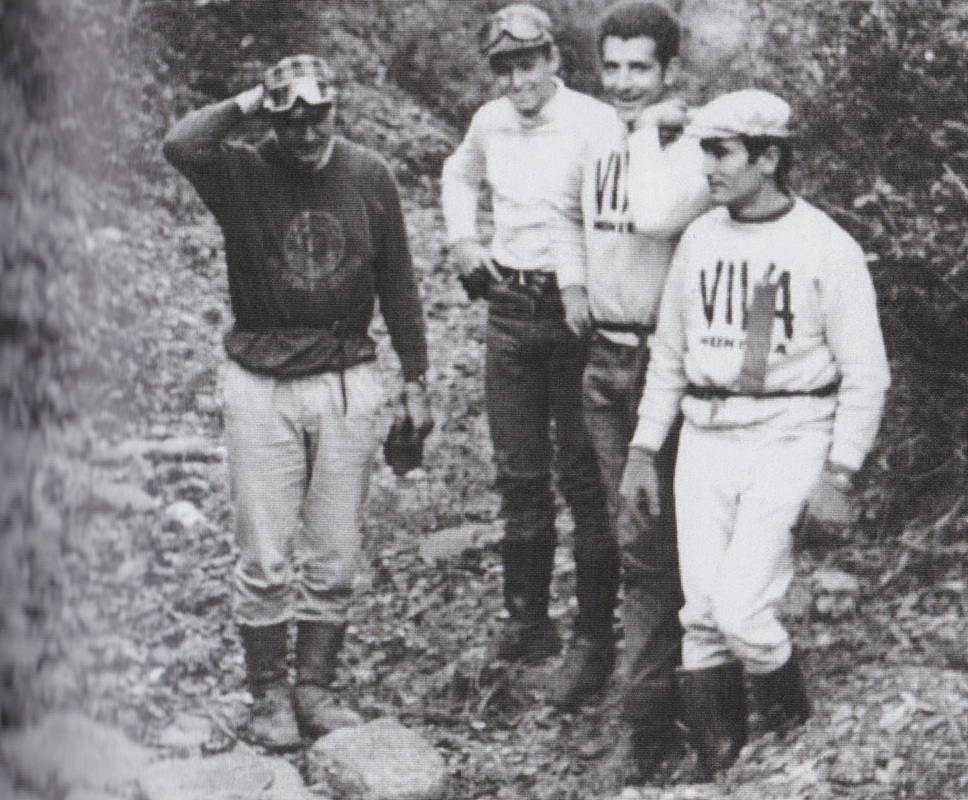 Did you use to practice with other people who we might know?

Yes, I used to practice with Jordi Rabassa. When I started he was 3rd in the Spanish Championships and when I started riding I go together with him and he takes me to the first European Championship, because at this time it was not the World Championship it was the European Championship.
3 very prominent faces in Trial
Jaime Subira, Jose Luis Rodriguez (Aka Puma) formerly mechanic at the huge Isern Motorcycles who then left to establish the famous KM.2 moto's just down the road. Derbi competition manager Jordi Rabassa who in the late 70's left and founded Mecatecno producing 1000's of motorcycles until 1994 when the heavy recession closed its doors.﻿ This photo was taken at the Trial 3 Days of Cingles in 1972. 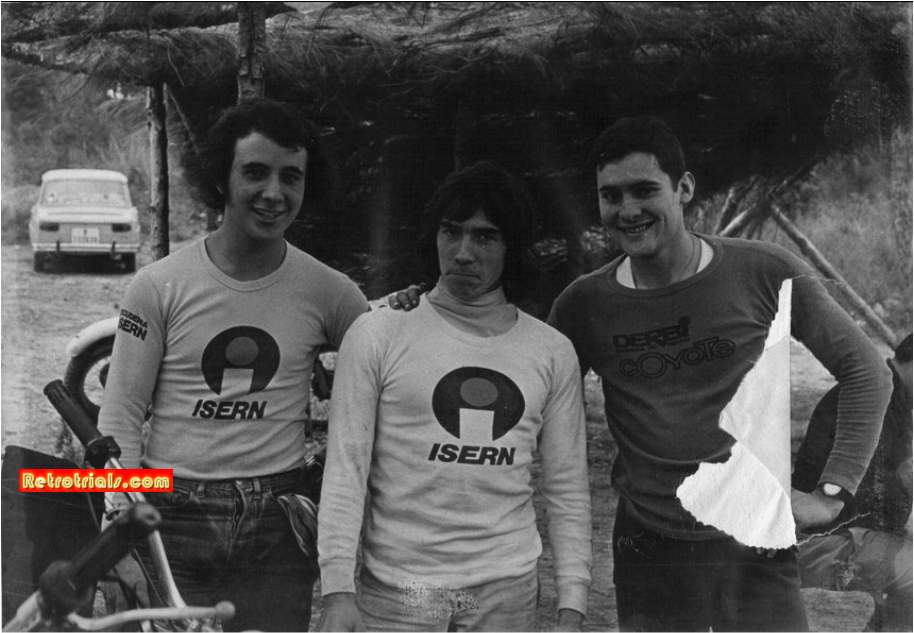