After Spain you had a very big lead in the championship, but then you lost the end. Why did you lose that big lead or 17 points? Was there a specific reason ?

Yes, I know it was because the Jordi Tarres and the Beta were better than us. That’s why. Because Jordi Tarres…the Beta bike had a very good frame and very good suspension. Jordi Tarres arrive with the new technique and he was riding ok and me I had some trouble and so on so. 17 points is a lot and not so much but it depending ….no I think Jordi Tarres just ride better then me and than the others an then he become World Champion.
At the end of 87, immediately after you had lost the Championship did you do anything different to prepare yourself and practice ? Did you practice more or did you try anything different and try and improve your hopping and bouncing techniques, to copy Jordi, or what ?
Exactly when this time was I remember like it was yesterday. At the end of the 87 I speak to my boss Mr Agrati, the boss of Fantic but it was a very special man and was very great boss of the factory and I say if we work hard on the bike and change many things I can be World Champion next year and I'm sure he didn’t believe me that time because he was sure that Jordi Tarres with the new modern style and so and so …every body thought that I was to old and anyway I was a past rider and I can accept that because it was the truth. We then work very very hard on the Fantic to change the frame, in fact it was a time that the engine of the bike compared with the Beta was a lot heavier on the front. 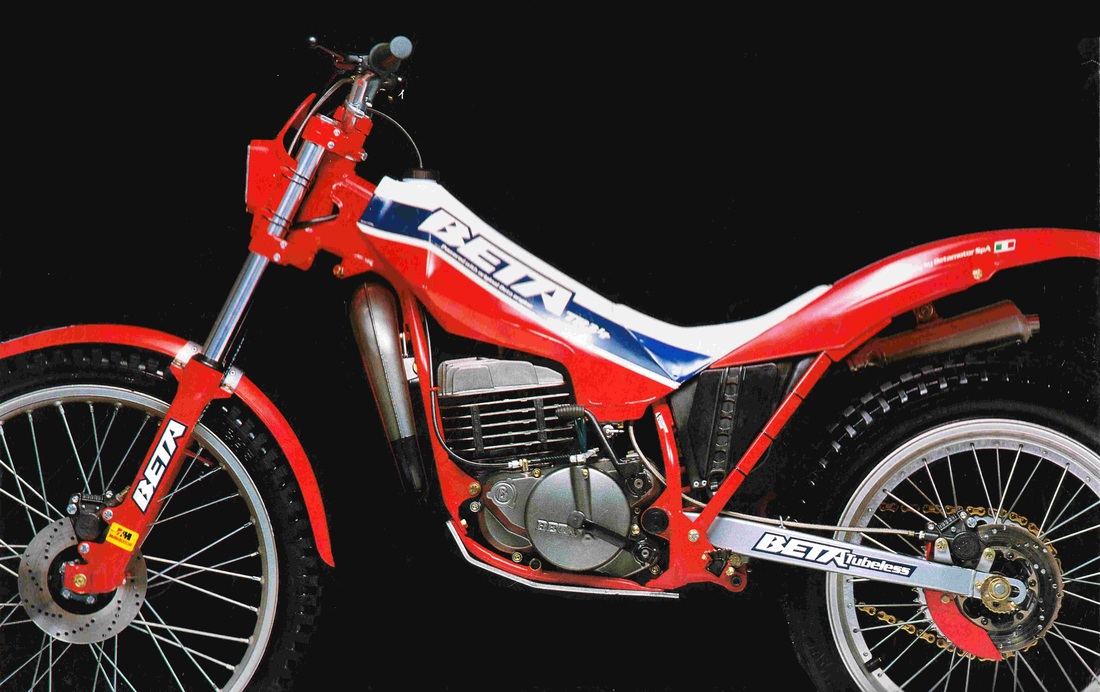 2014 Thierry Michaud interview www.retrotrials.com photo Beta
It was a totally different bike to the one Jordi Tarres was riding, it was very different to the Fantic one for the frame and the traction of the suspension. It was the lightest bike. No light just on the weight but lighter as a frame and a reaction of the suspension. We work very hard to have a kind of Beta frame with a Fantic engine.