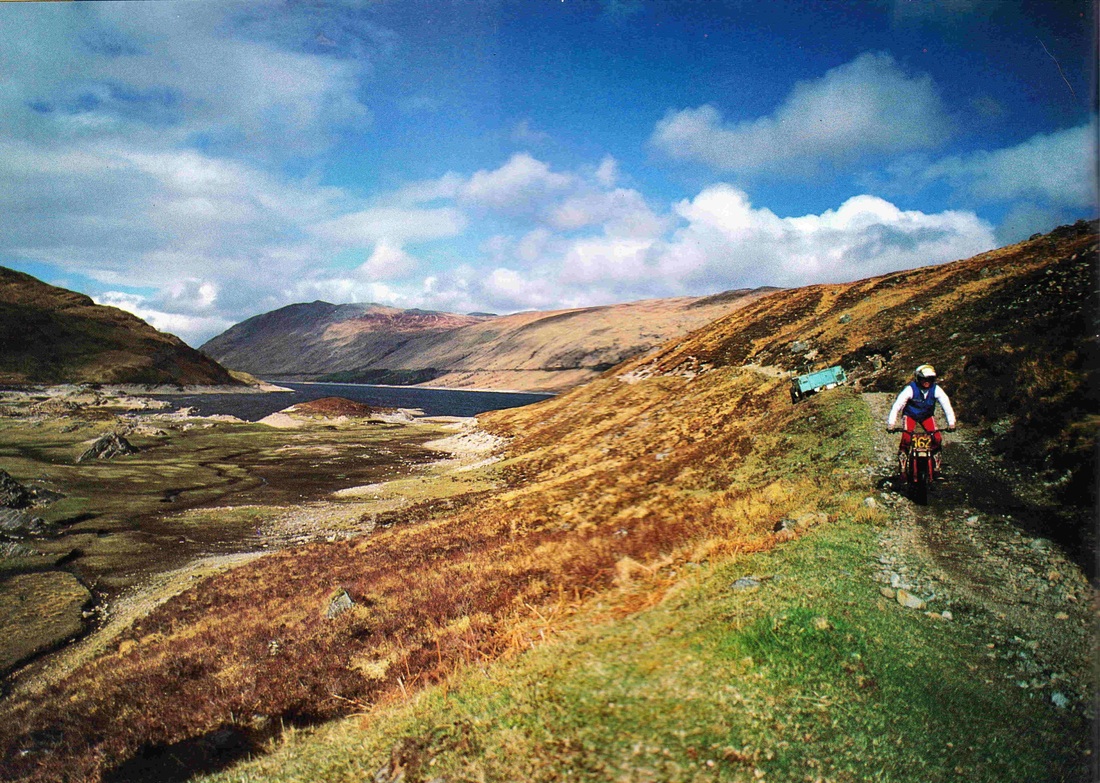 2014 Thierry Michaud interview www.retrotrials.com photo Trials Journal
I won again the Scottish Six Day, this is not the details but I remember that in 84, 85 and in 86 I do the ha-trick in 86 and I am the only continental rider to win it three times. To win three times in a row the Scottish Six Days. I was fighting sportingly against a very good rider who was Steve Saunders. I think Steve Saunders was a fantastic rider. I respect and was respecting him and in 87 I ride with him in Fantic. Then it was very fighting, but I won again. As a logical sporting person I can imagine that a lot of people think it was not for me the title. I don’t agree with that, I'm sorry but ….hmmmm 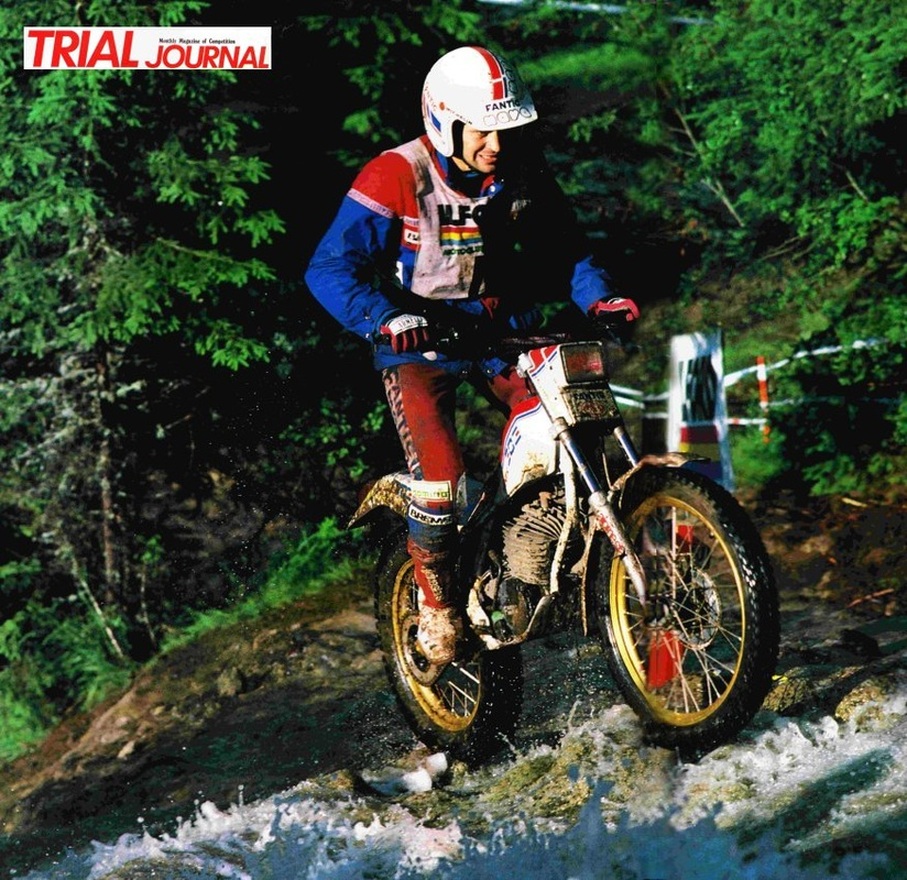 2014 Thierry Michaud interview www.retrotrials.com photo Trials Journal
At the end of 86 did your family come along to the last events ? Did you have children then or was it just your partner or wife ?

No no, no no. I have child, mother and child in 94, then I stop riding trials. I didn’t have schildren when I ride, I have my wife we were not married. But my wife was much younger than today and we were already together but not my family. My family was the Fantic team. 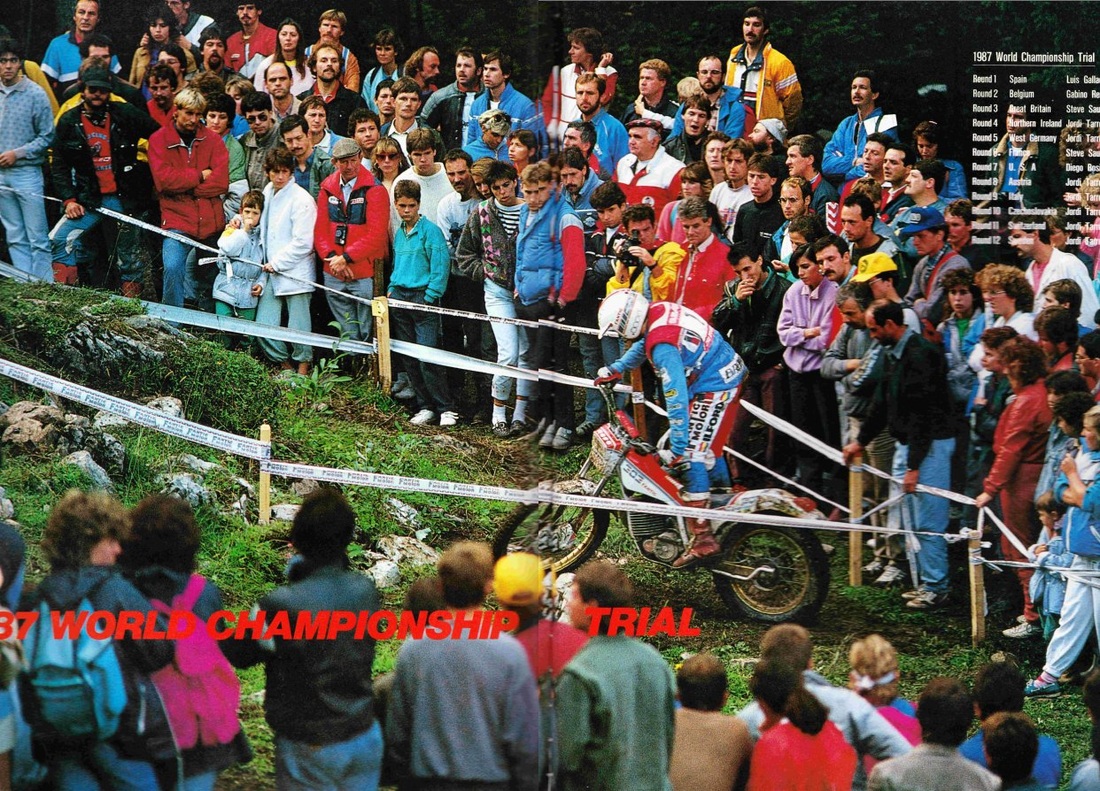 2014 Thierry Michaud interview photo www. retrotrials.com photo Trials Journal
The Terrassa motor club organised the famous Trial de Sant Llorenc. This was to be the Spanish World trial location for many years. Here Thierry, Saunders and other riders walk the famous hillside sections in different of the news that was to befall them all. 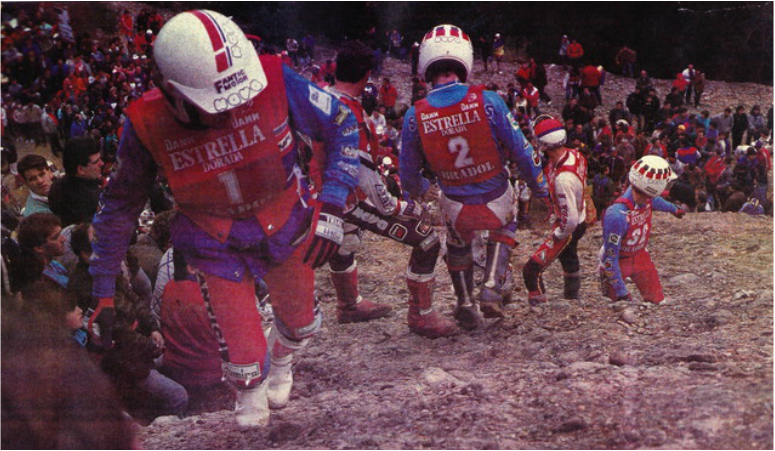