​​A detailed interview with Oriol Puig Bulto + full access to his photo gallery and Trial records.
What can you tell is about the Bultaco  name and trademark and what happened to it ?

Well  when i was in Derbi and i tried to obtain this as at this time it was in the hands of the Permanyer family. Rato, SA was the company . Juan Cañellas was in charge of the company and who was the  son in law of Pere  Permanyer  was in charge of the company montesa. Because of  course at the end an arrangement was found through the government  in fact the labour ministry, that the salaries of the people that were theoretically still under contract through Bultaco , Ossa the same and the government had to pay , so they made an arrangement that the company names would go to rato, which was owned by the Permanyers.Montesa would compensate and make these payments owed, s the name was in the hands of Montesa.

Yes , but in fact Andreu Rabassa had a meeting with Juan Cañellas  and he said look "If one day the name of Bultaco would go back to the family we could speak about it , but not to Derbi". Finally they made an agreement and the name bultaco went to my cousins , Ignacio. The agreement was made with my cousins to use the Bultaco name and with this we in Derbi made the Lobito and others , but of course they were more advanced with carbon fibre , better suspension and different colours . But now bultaco  my cousin's have agreed with this new company that are trying to make this new Bultaco  electric machine. Daniel has now left Bultaco (Brinco) and he is trying to make a new electric cycle (lobito). He is a son of Innes Bulto.
Pit photos with Bambi the Bultaco mechanic and enduro rest periods. 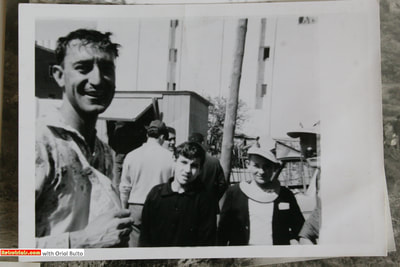 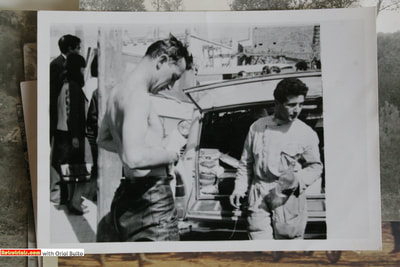 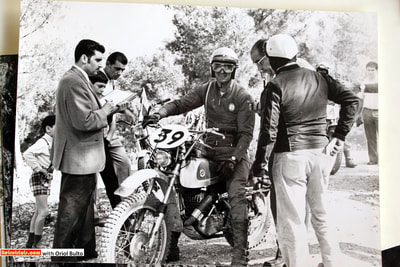 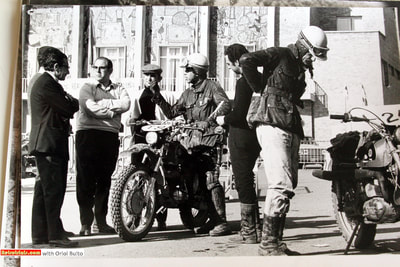 I have not spoken to Innes  for some time and i think she was on the board of directors for some time but I think Innes and Daniel have now left.
This was the Bultaco reincarnation that launched in London with the electric motorcycles.

The Bultaco  name today has been associated with a lot of projects.  As well as the motorcycle and cycles that we have mentioned ,there is also an electric race car and also the trial motorcycle of 2000. Yes yes. These are contracts to involve the name only I think. I dont know these people. Electric is difficult today but it is coming.   I think these companies can obtain some powerful financial support.

You are a a technical man with the FIM. You have seen many things since your times in the sport when support was small and times were more simple.  ​What is your view of these changes and where motorcycling is going ?
Christmas party at the Bultaco factory. Award and prize giving. Opening ceremonies and camping with friends. 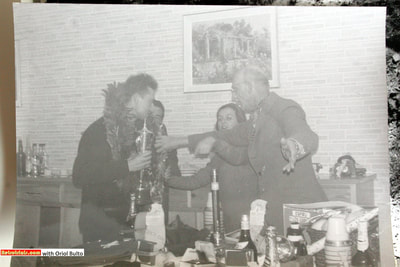 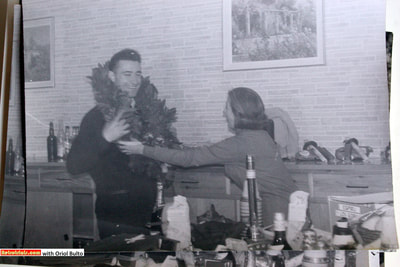 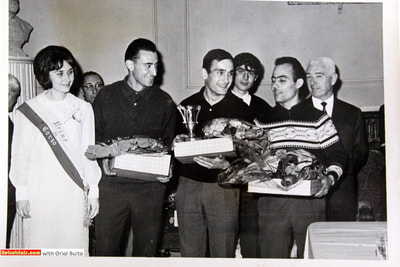 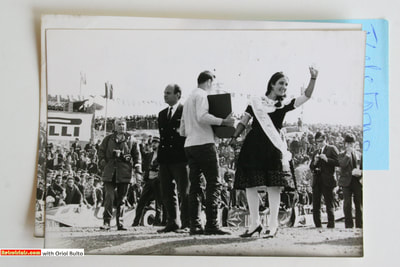 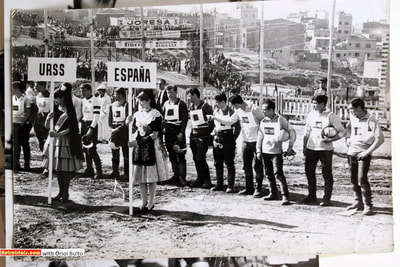 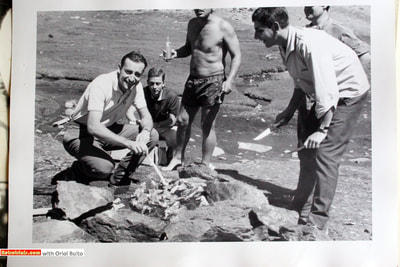 ​Today there had been great evolution ,and it is more of a show than a pure sport although the people , for example when I talk with Marc Marquez they  are really fanatical about the motorcycle, along with the trail riders and those in Motocross . But there is such a mixture of sponsors and teams and managers ,but anyway we as the FIM in some aspects we lost many years ago much of the power for example in Grand Prix and MotoGP. The rules are not decided and written by the FIM. There is a commision with donors and other parties , so we are part of it.We propose our ideas and then find out whether it is accepted or not. If manufacturers make proposals in agreement with one another then we accept it, unless there is something radical.  So the association makes the rules and the donor looks for the business for the showing and advertising on the television and the fim is concentrated much on the safety of the riders.
Jim Pomeroy with Oriol. Angel Neito and Oriol. Bultaco's enduro stars - Oriol, Casas , Soler and Casimiro Verdaguer “Caver” 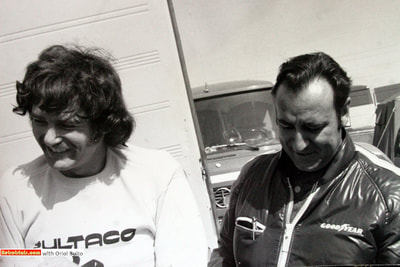 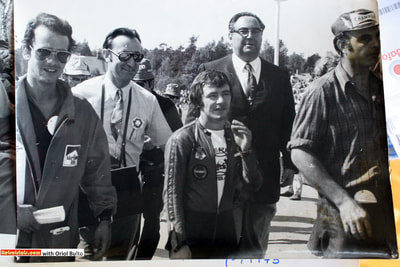 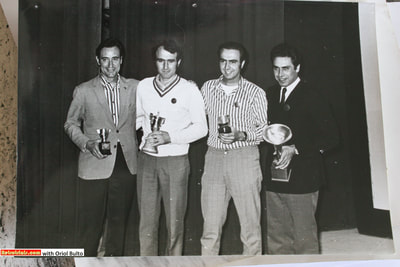