On Friday the 27th of June 2014 Jotagas , now rebranded as JGas  launched their 2015 motorcycles for the upcoming season. Amongst others , JGas released 2 Enduro models . One is a 250cc 4 stroke Enduro bike , the other is a 300cc Two stroke motorcycle. The 250 is aim perhaps more at clubmen and i am told that it will be priced very competitively . The 2 stroke 300 cc example is , as many of you the experts bike  of choice.


The motorcycles presented on the launch day were still prototypes and are still to be refined. It is planned that the testing will be complete and once dressed in decals and amended as necessary they will be for sale in September 2014.
Here are some pictures of the 2 Enduro models from the launch day in Andorra
First the 300 2 Stroke Enduro
Here the 250cc 4 stroke Enduro machine.

In March 2014 Retrotrials was lucky enough to be invited to the JGas factory sitauted in the heart of the World of motorcycle Trials , Girona. I was lucky enough to stay meet the boss , Josep Pibernat walk around the factory unhindered and photo anything i want.
This has already been reported on this website.
What i didnt show you ,  were the prototype Enduro models that JGas was preparing .
Now , im showing  you everything -
First a few photos of the factory , because it's here that the JGas Enduro bikes will be made. 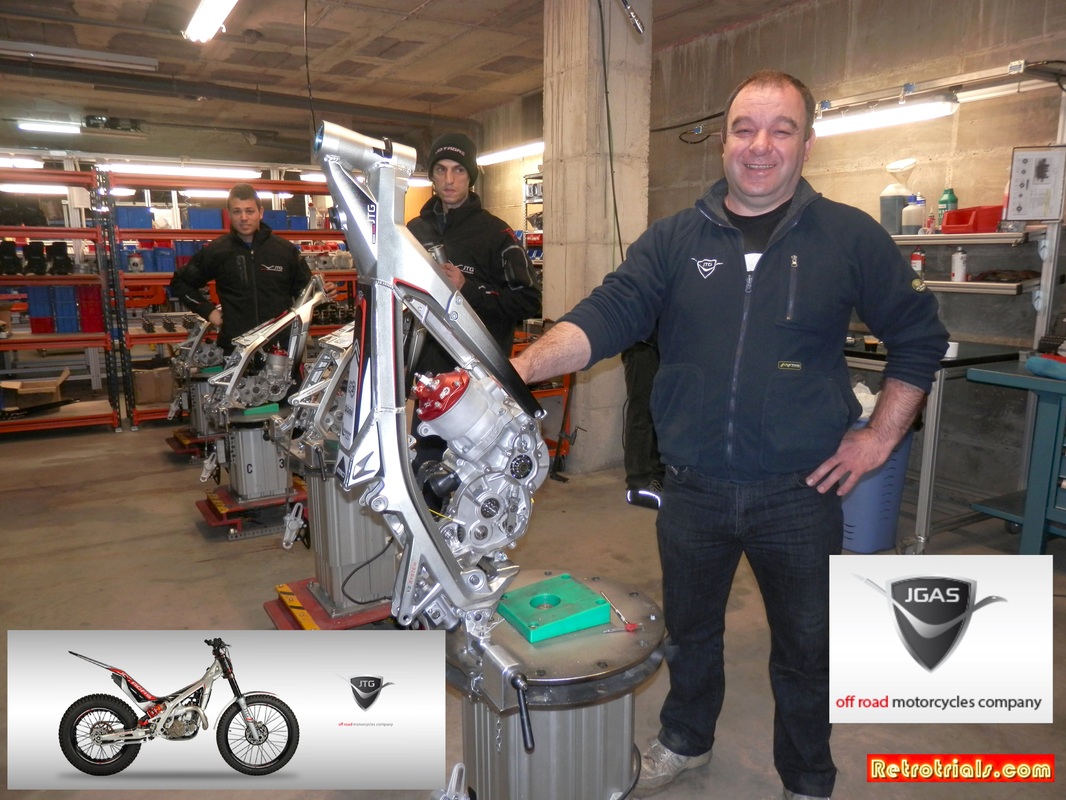 JGas Jotagas 300 2 stroke and 250 4 stroke Enduro prototype photos and test rides www.retrotrials.com
Joan Freixas has been in the working for motorcycle factories all of his life both as a factory trials rider for Ossa ,Merlin and GasGas and also as a motorcycle tester for Merlin and GasGas testing bikes before they are sent out from the factory. 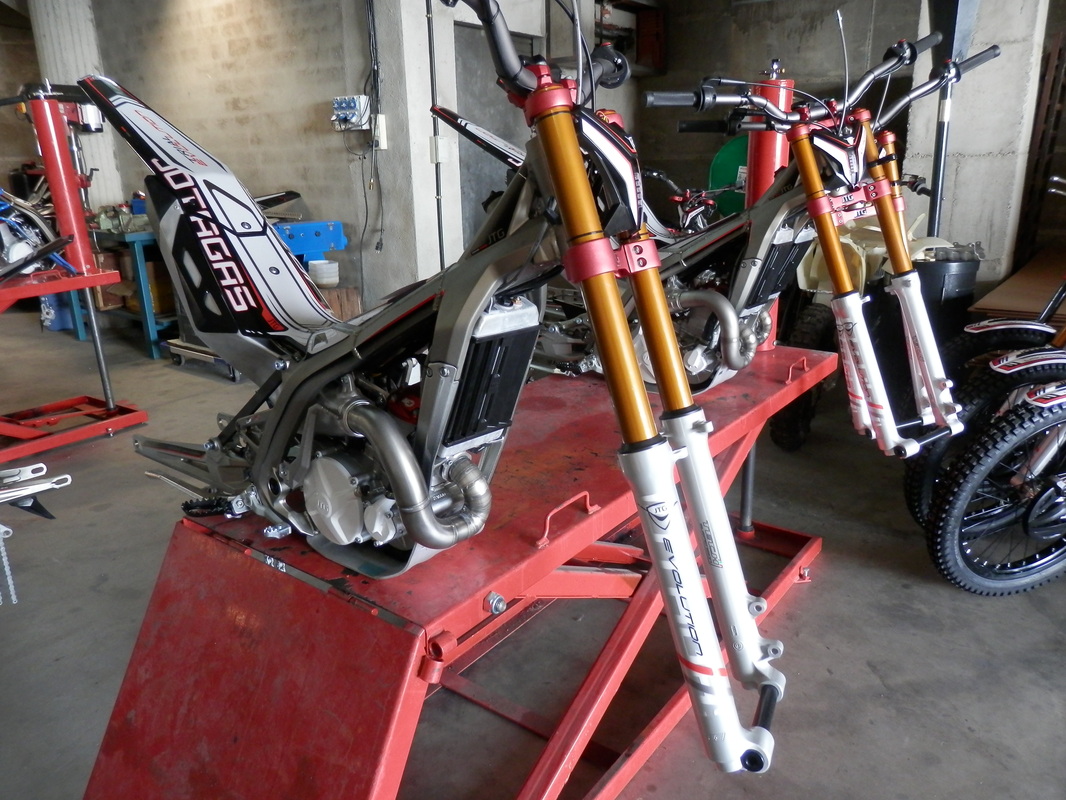 JGas Jotagas 300 2 stroke and 250 4 stroke Enduro prototype photos and test rides www.retrotrials.com
After a long but enjoyable day at the factory i returned to the place i was staying during my trip. This was the home of GasGas motorcycles founder and the owner of JGas , Josep Pibernat. It was here in his spacous gardens and grounds that i photoed the 2 prototypes and then took them both out riding on numerous occassions. The house was the closest thing ive ever found to a motorcycle playground with bikes everywhere. Just pull it out , kick it over and off you go into the woods and ride your heart out :). 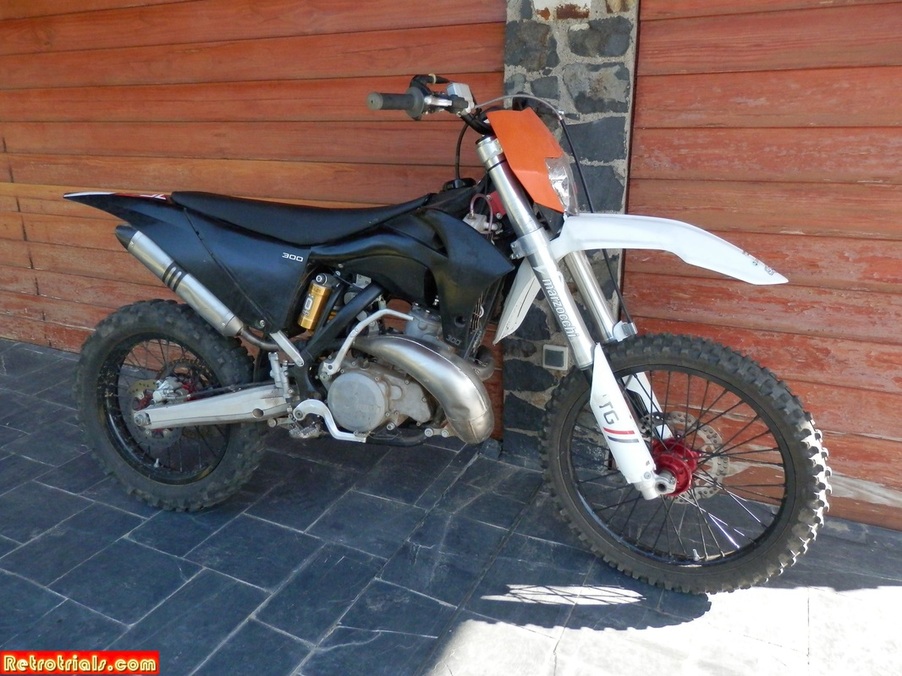 JGas Jotagas 300 2 stroke and 250 4 stroke Enduro protoype photos and test rides www.retrotrials.com
From what i understand the production bike will feature an all injection plastic rear subframe. 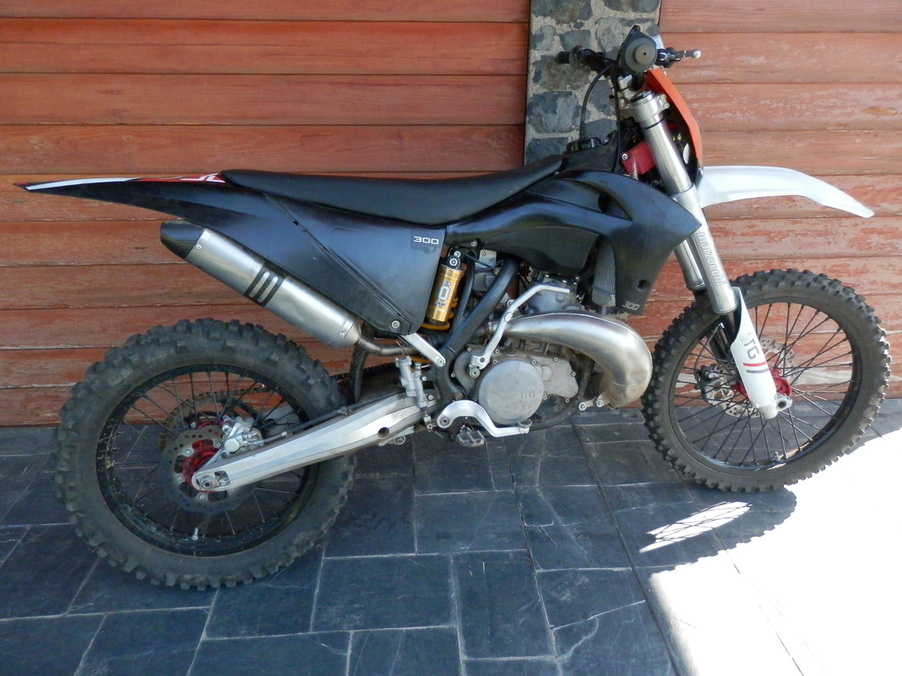 
The exhaust power valve is cable operated by an electric servo situated on the left hand side under the petrol tank. 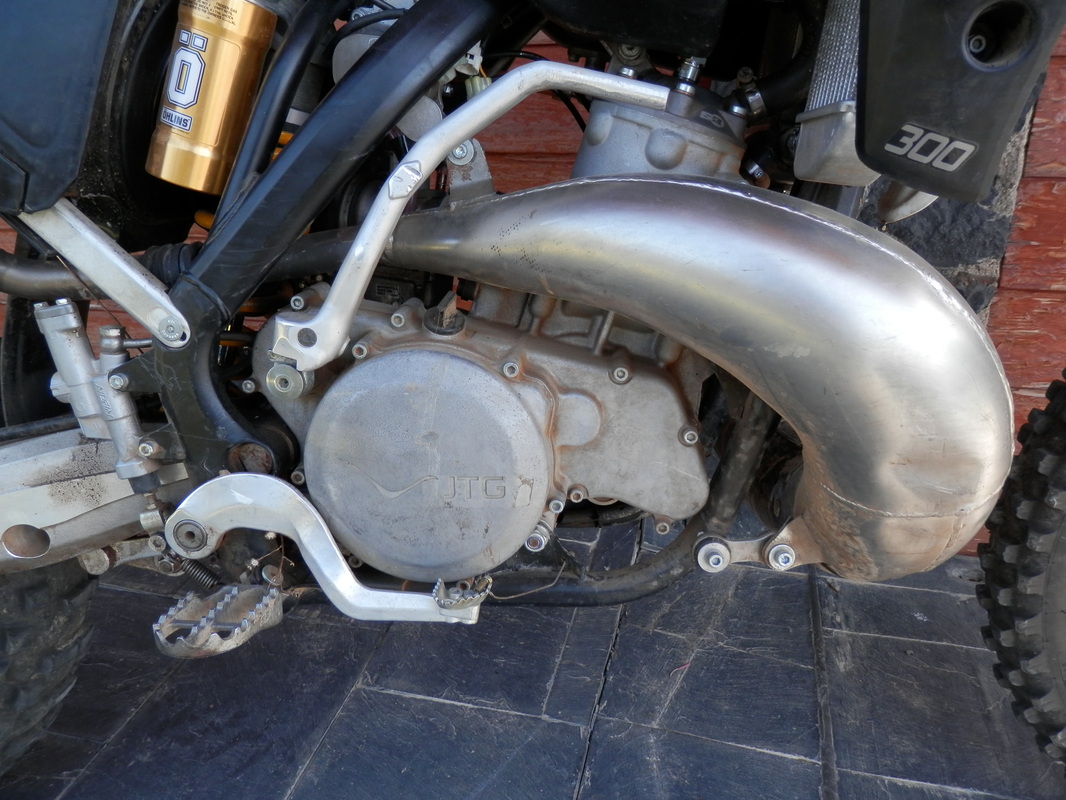