Here is a great poster sent to me by Mark Oldar from the USA. He used to be the US Cagiva (Merlin) importer. Thanks Mark. 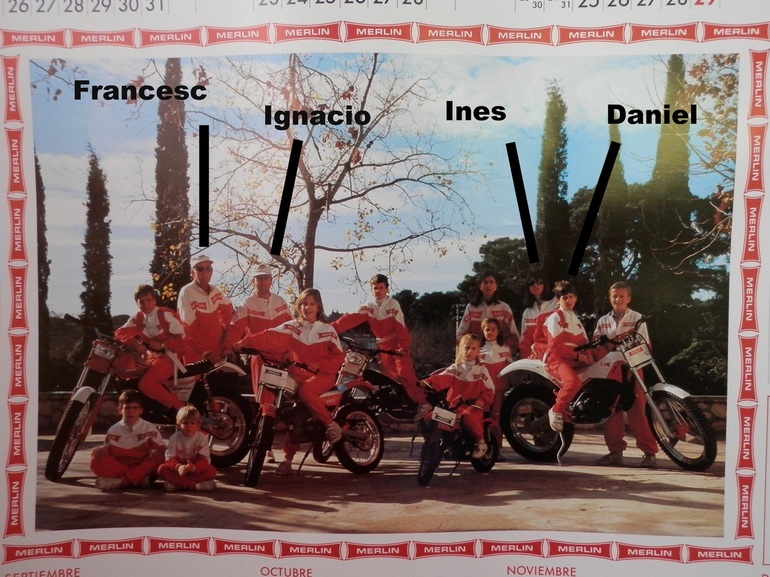 Bultaco relaunch 2014 www.retrotrials.com
If you wish to see a guided tour of the Bulto family home, please wait until the end of this report,  where I will display a link.
Daniel was a great guy to deal with. This is so typical of all the Spanish people I have dealt with.  Because of my small assistance towards the launch and my love of the Bultaco brand I was invited along to the launch. This was to be the first launch that I had ever been to, so it was very exciting for me. Bultaco chose to launch the new company and bike in London because they are launching the brand internationally and not just to a Spanish audience. Launching the bike in the UK would convey this to the World wide bike audience.

Then the day of the launch arrived and so my wife and I head off to London city, a place we don't often go despite it being only an hour a way. We're country folk, you see :).
This was the first official image that was sent to me by Bultaco 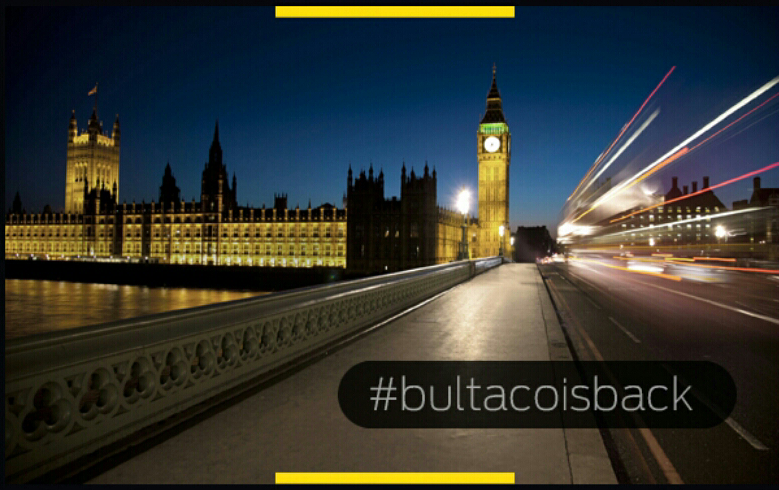 Bultaco relaunch 2014 www.retrotrials.com
The first glimpse of the Launch hotel, behind the library. 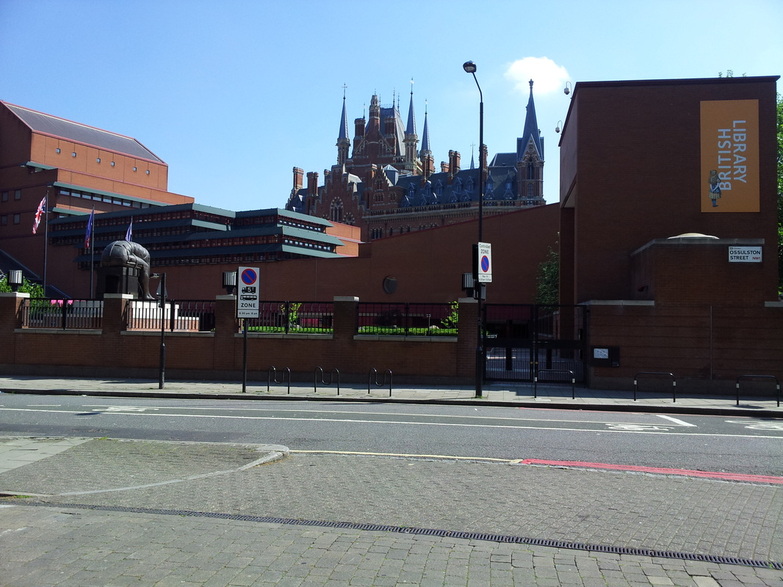 Bultaco relaunch 2014 www.retrotrials.com
What a building. The St Pancras Renaissance Hotel is adjoined to the rail station to the right.
I have driven past this wonderful hotel so many times and never dream't I might be going inside. Its absolutely amazing. The gothic style architecture is stunning and reminds me of some of the buildings that feature in the Batman movies. 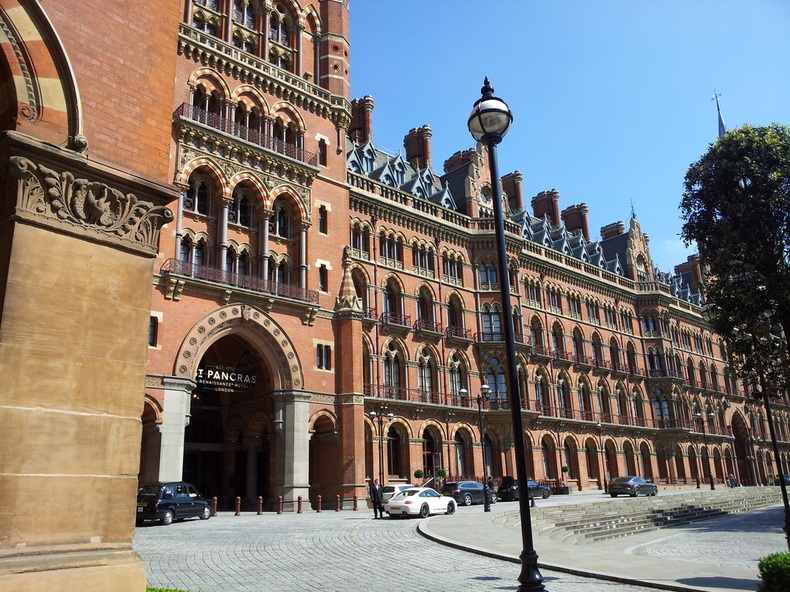 Bultaco relaunch 2014 www.retrotrials.com
In we walked. In fact we parked right outside the front door. It was just so easy and beat the £85 rail charge by about £60 ! 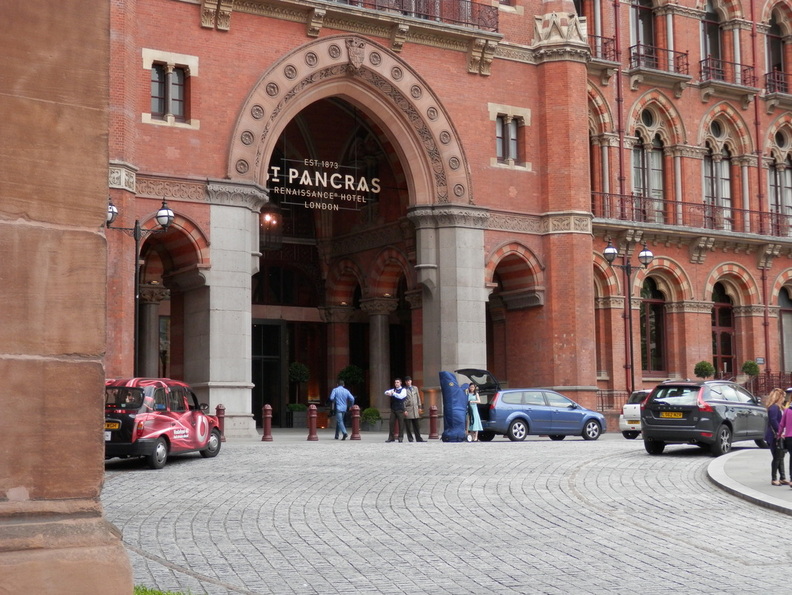 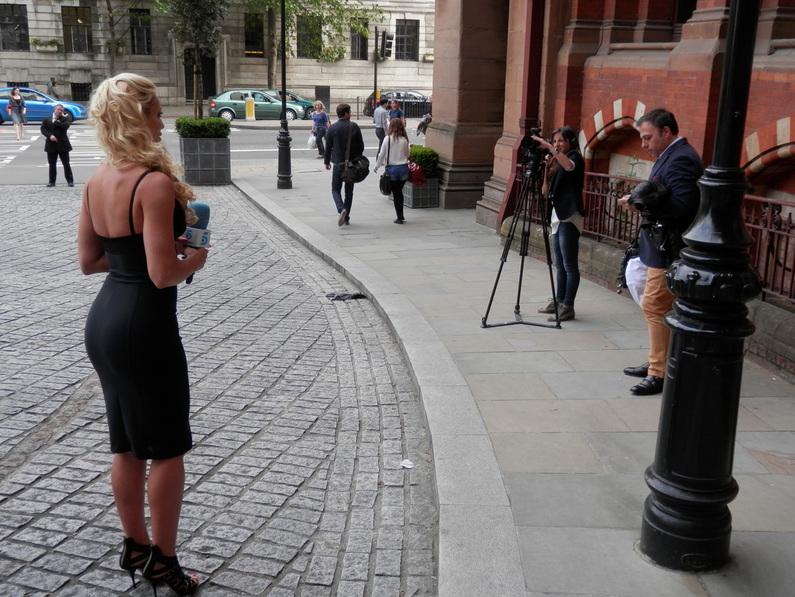 Bultaco relaunch 2014 www.retrotrials.com
I just couldn't walk down this corridor without taking a snap. It is simply gorgeous. The entire hotel is amazing.

The St Pancras Renaissance Hotel was prepared and ready for the new Bultaco
After my wife and I had, had a coffee with some very legendary people, who I am simply not worthy to mention, we left the huge central lobby and went to the Bultaco launch room.

In the middle of the room was this stage with a central huge screen repeating a selection of great Bultaco image photos. To either side of the screens were what I could only imagine were the new Bultaco's hidden under sheets.

This photo was taken just after we entered. Later ....as you will see, it was packed out :).

I think everyone was still enjoying siesta as this moment :) 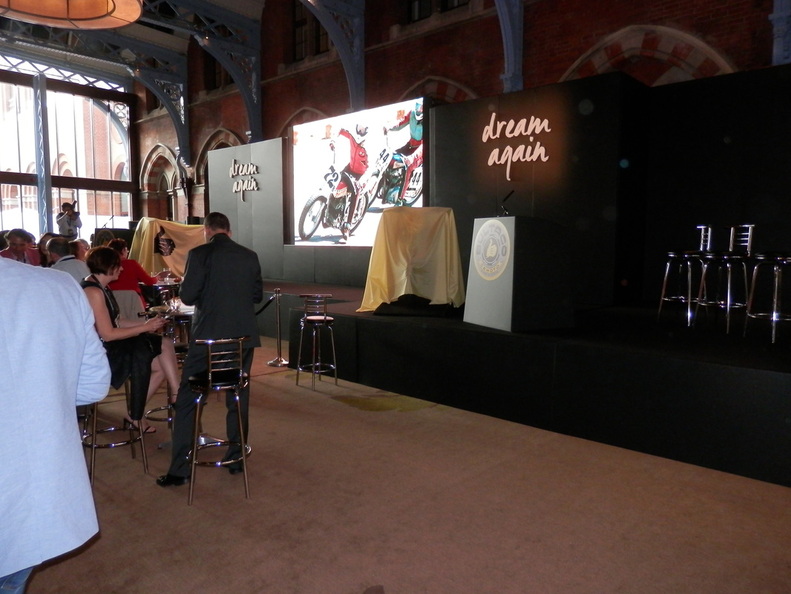 The thought did cross my mind to have a peek, but I pulled myself back into line :). 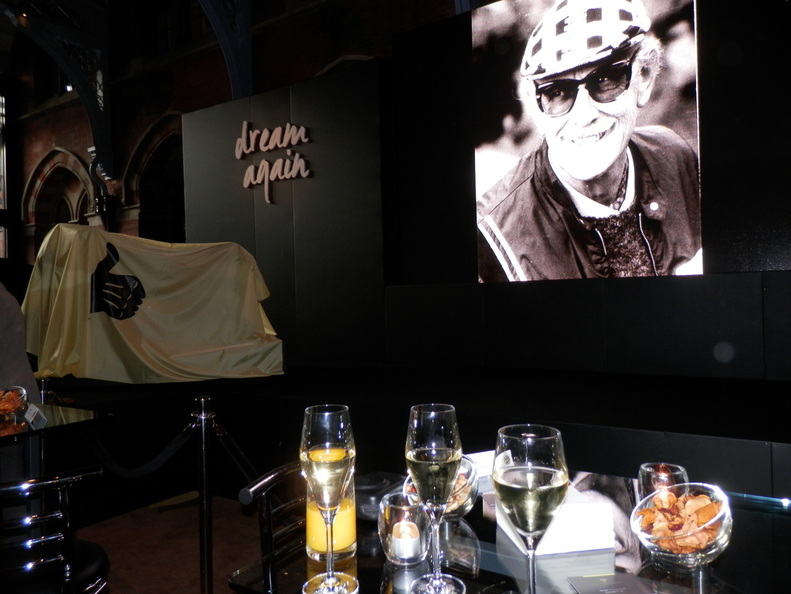 Bultaco relaunch 2014 www.retrotrials.com
At the opposite end of the room from the entrance were the three Bultaco's that Dave Renham from In Motion Bultaco UK had kindly sourced. Dave had driven many miles to pick up the Pursang. He really helped the family out. 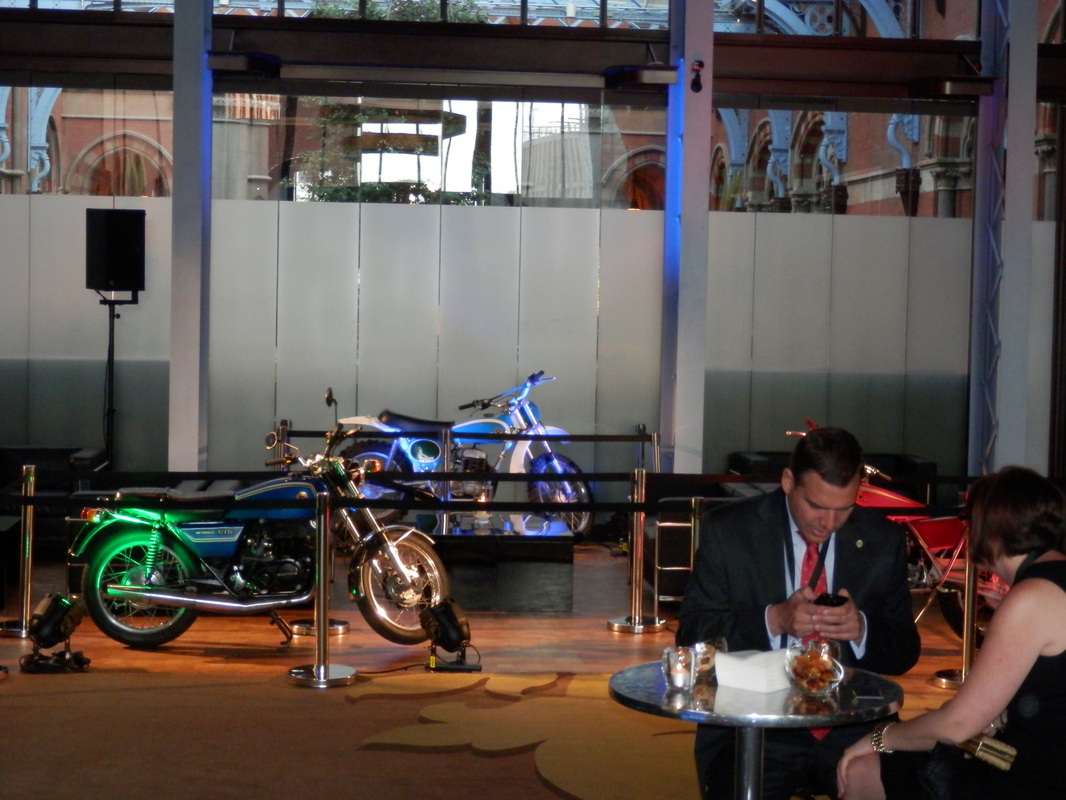