So this was the time prior to the show starting. It was a great time to meet each other and say hello.
This is a cracker of a photo.
From left to right ---- Rosemary Miller who is Sammy Miller's wife. Daniel Bulto who is a changed man from this Whatzapp photo :). Daniel's wife Sophia who is a lawyer from Madrid. My wife Anne, who is ace :). 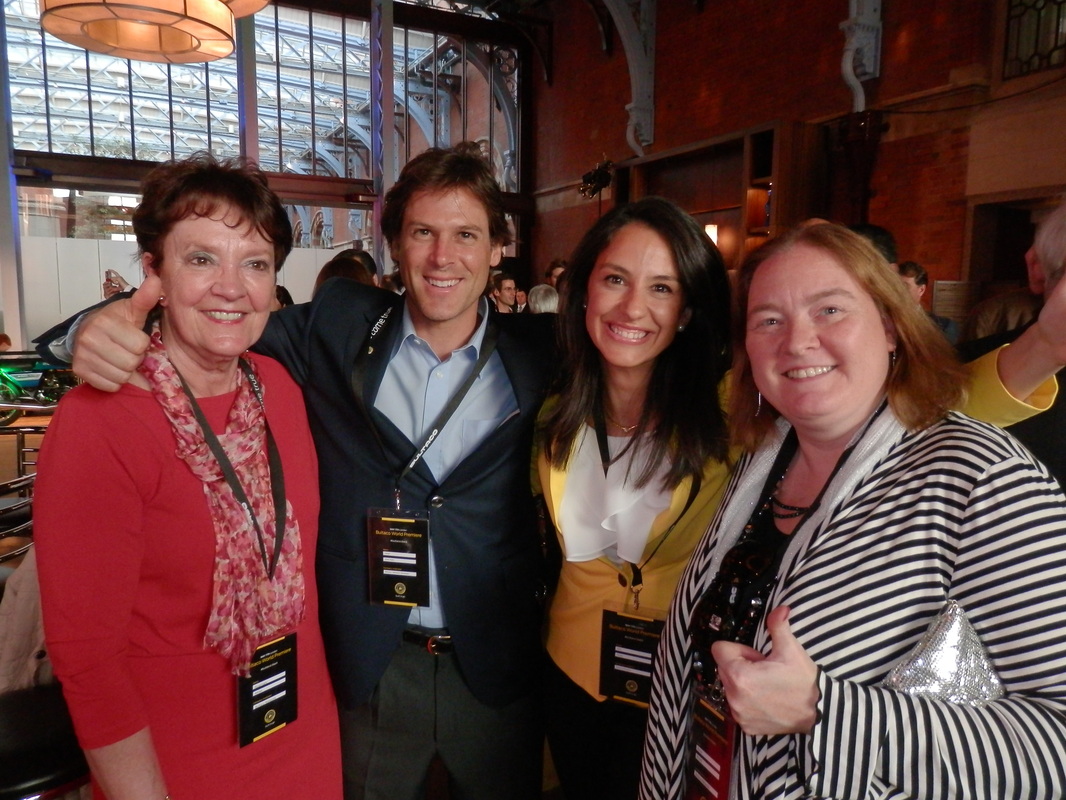 Bultaco relaunch 2014
A nice photo of guest of honour Sammy Miller and Ines Bulto, daughter of Paco and mother of Daniel. Ines is greatly involved in the new Bultaco motorcycle company. 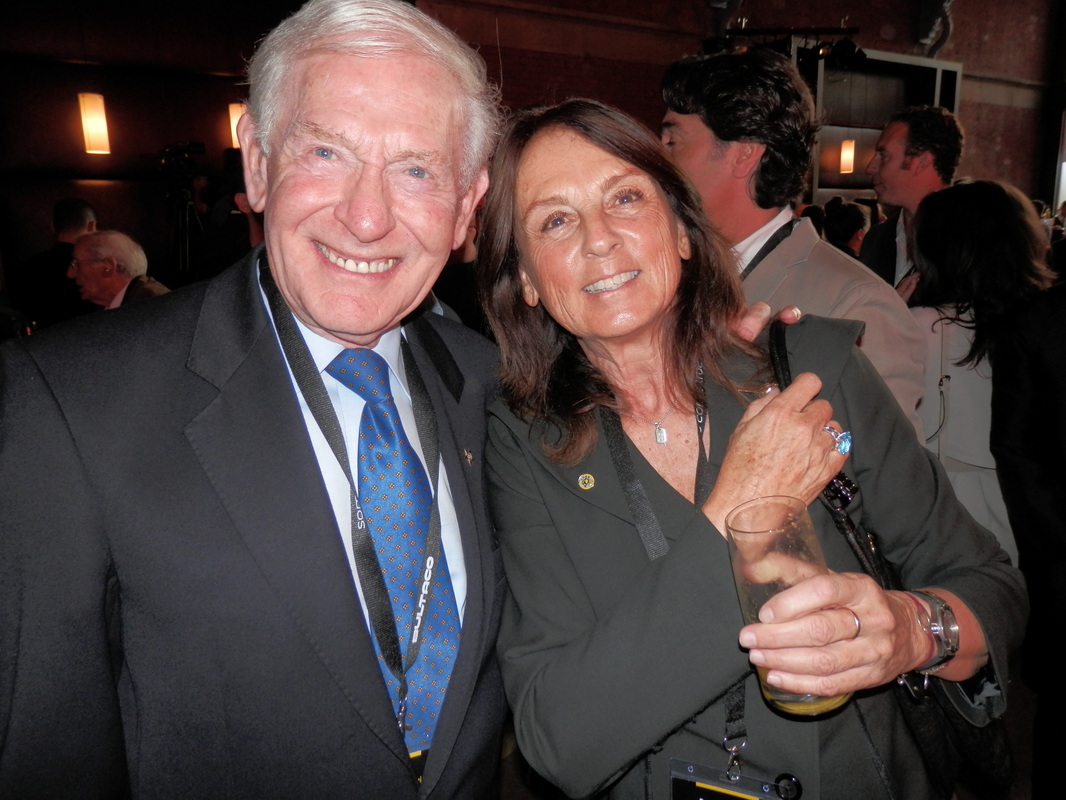 Bultaco relaunch 2014
What I'm about to tell you was quite over whelming for me, but I'm sure you'll all think me a bit daft. I spent a good while talking to the man on the left below. I had no idea who he was and didn't even know his name. The conversation quickly got onto the old Bultaco company and this gentleman told me that he worked for Bultaco from the very start to the very end. Immediately my ears pricked up and my pulse raised :). I asked him what he did and he told me that he did all sorts of things there from helping to design the bikes to actually making them. Then he dropped into the conversation that he rode for Bultaco as well. "Hang on"  I thought, but who are you ?. Then ........wait for it .........Sammy said "He was with me at San Antonio when I developed the Sherpa . Well !!, this was all getting to much for me. This guy made trials history and was one of those legendary mechanics / fabricators / Bultaco workers who was with Sammy when they rewrote the history of trials. 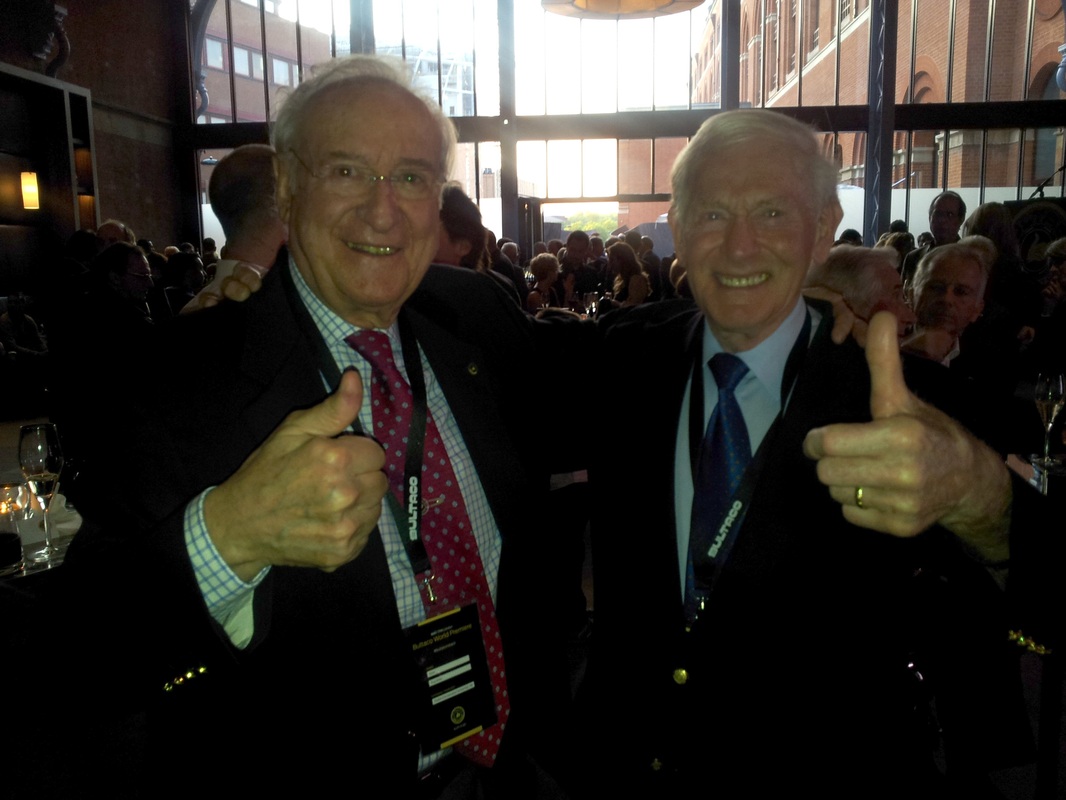 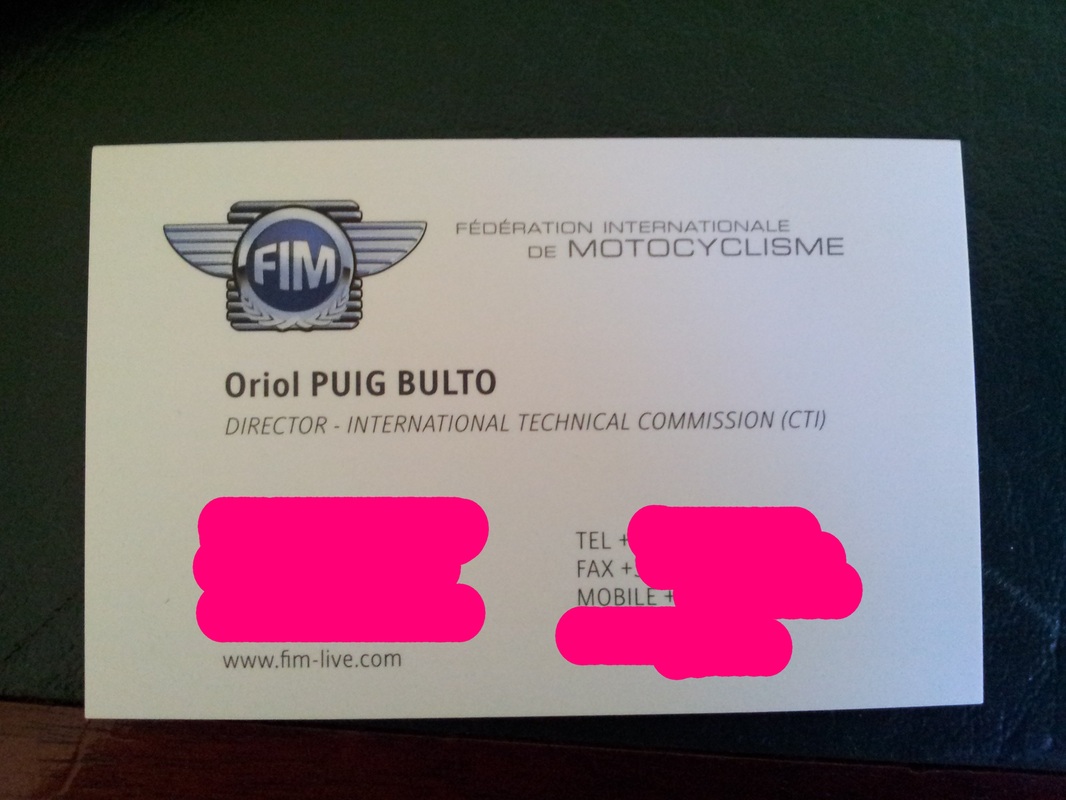 This guy is a legend. His name means so much for me. My journey with Retrotrials has taken me to see many great riders. Many, many of them including Bernie Schreiber and Pere Pi all told me of this man Oriol Bulto.

I didn't think for one moment I might meet him, but here he was in front of me now.
Oriol is the nephew of Fransesc Bulto. He rode for Bultaco for many years and is very highly regarded. I remember Pere Pi telling me that when Oriol rode one championship, the bitterness between Bultaco and Montesa was huge. Despite this, Oriol who rode for Bultaco and was one of the Bultaco family, was at the last round of one particular championship when he stopped and helped a Montesa rider. This help enabled that rider to win the championship.
I've been side tracked - back to the launch show
The room was starting to fill up.
Then the show started. After some of the Bultaco business men spoke, Sammy Miller took to the stage. 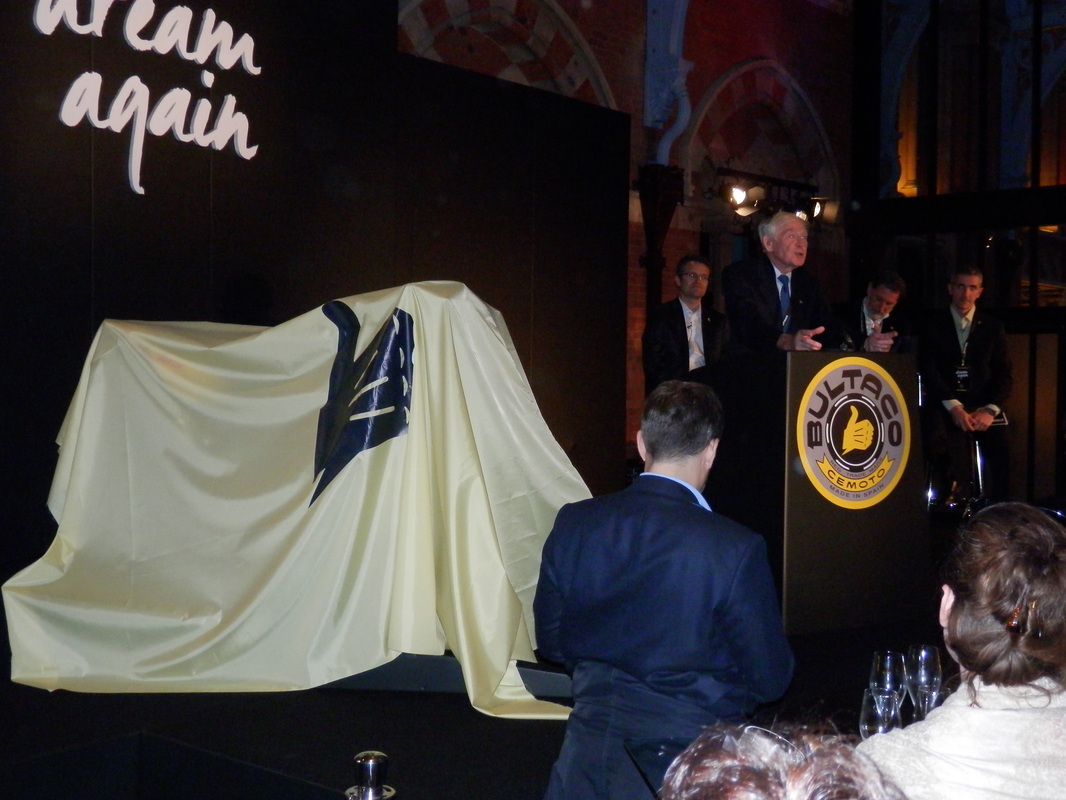