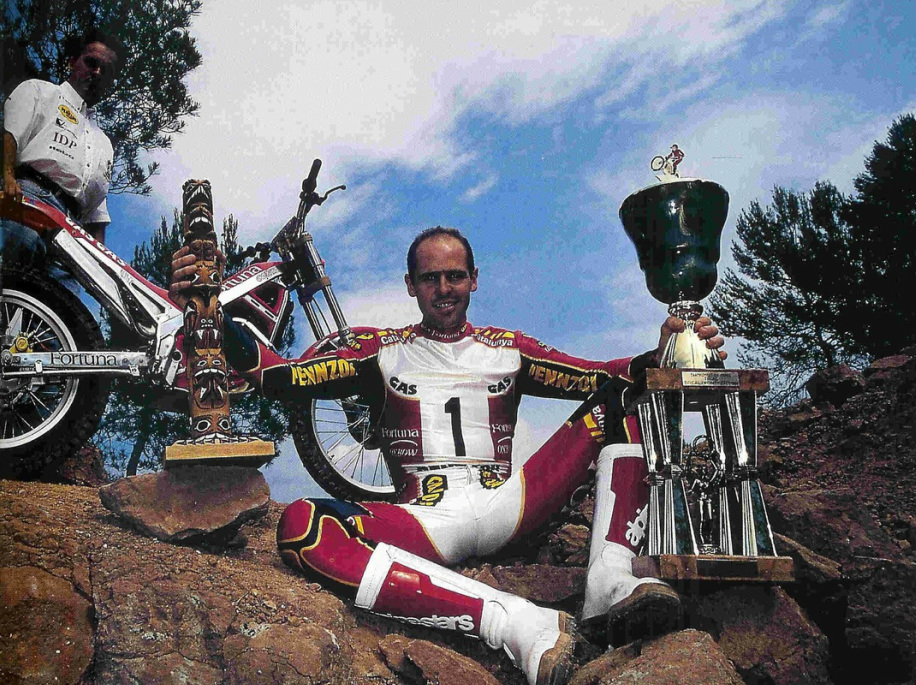 I have followed Jordi's career all of my life and I would consider myself a minor expert on his career. Not the best, but pretty good. I've always been let down by any interviews I've read. The interviews have always centered on the competitions and "tell me what happened in Finland in 1988?" and "Tell me what it feels like to win 7 titles?". You know, lame questions, that tell us nothing. I know page space in magazines is always limited but the interviewer never asked the questions that I thought the fans wanted to know and never seemed to be a motorcyclist, let alone a fan. Also I wanted this to be in English for the English speaking World. At the time of Jordi's success he spoke poor English and our interviews suffered. These days he is massively better and it makes interviewing him a pleasure.

J Benton is someone I consider to be Jordi Tarres' no 1 fan in the World. We got together to come up with the questions, so that I was prepared. What resulted was a detailed Interview about the man and machines.
Not only did we complete the most detailed interview ever about the man and his machines, but Jordi also took us on an exclusive  tour of his beautiful home.

He showed us his
amazing home,
gardens,
many garages and workshops ,
motorcycle collection ,
trophy room ,
trials clothing including one piece suit collection ,
games room ,
basement and cellars ,
prototype bikes and moulds .
He even offered us a swim in his pool.


Jordi is every bit the happy and generous man he has always appeared to be. I joke to myself in the knowledge that I can't imagine Jordi will ever want to go through an interview like mine again.


It was great. I hope you enjoy.
Read on
jordi page 1