An Exclusive Interview with 1981 World Trials Champion Gilles Burgat
Gilles' house is situated on the side of huge grassy hill that banks up to the mountains behind, with Switzerland beyond. The views were truly incredible. The peace that had been enjoyed there for centuries was shattered by the noisy diesel of the van I was driving. As soon as I had pulled up, Gilles came down and welcomed me, then inviting me up the steps to his beautiful house. 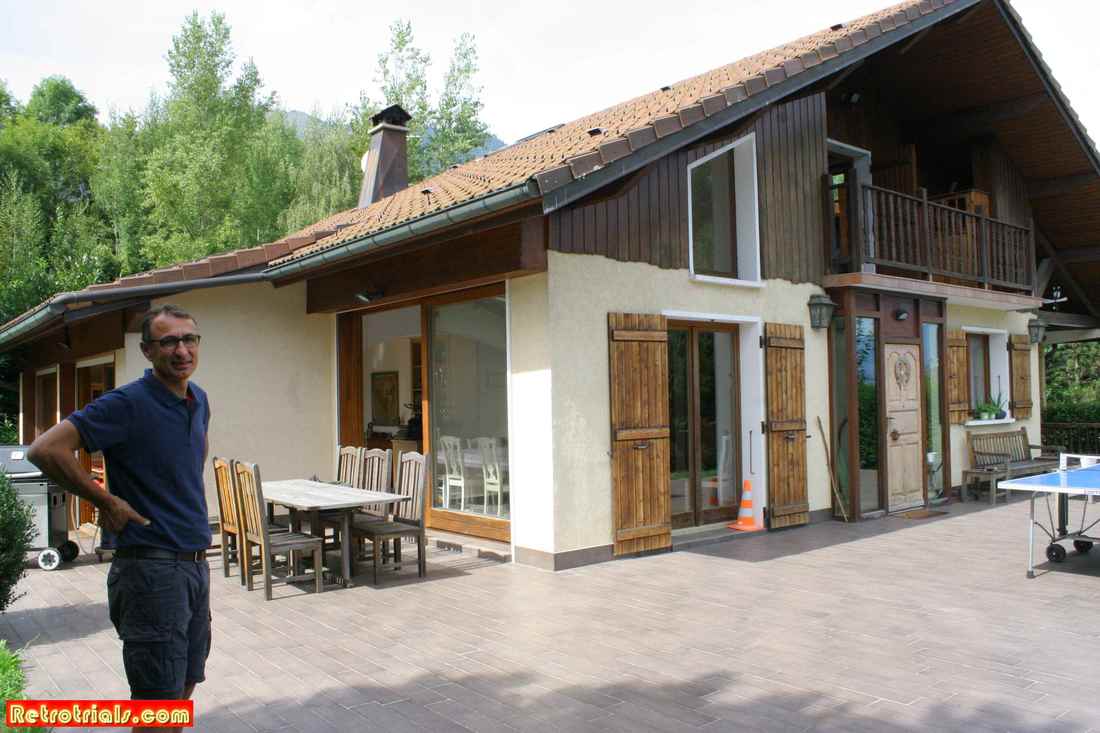 An Exclusive Interview with 1981 World Trials Champion Gilles Burgat
We have a place near Geneva and after tonight we’re on a vacation for two weeks, so Leslie is coming tonight and she's driving back to Geneva tomorrow because she is doing psychology school for 4 years and she has a class tomorrow, usually she does not have to return so quickly but tomorrow she has something special.
​
How did you meet your wife?

She came to work for a ski wear company and she was only supposed to come for 3 months, the idea was that she was from California and she was coming over here to learn how to speak French and she came over here to help them start the business, that's how she was first introduced to this area, where I met her.
We walked through the house to the living room overlooking the garden. Keen trials enthusiasts will recognise the trophies on the bookshelf, even from this distance. 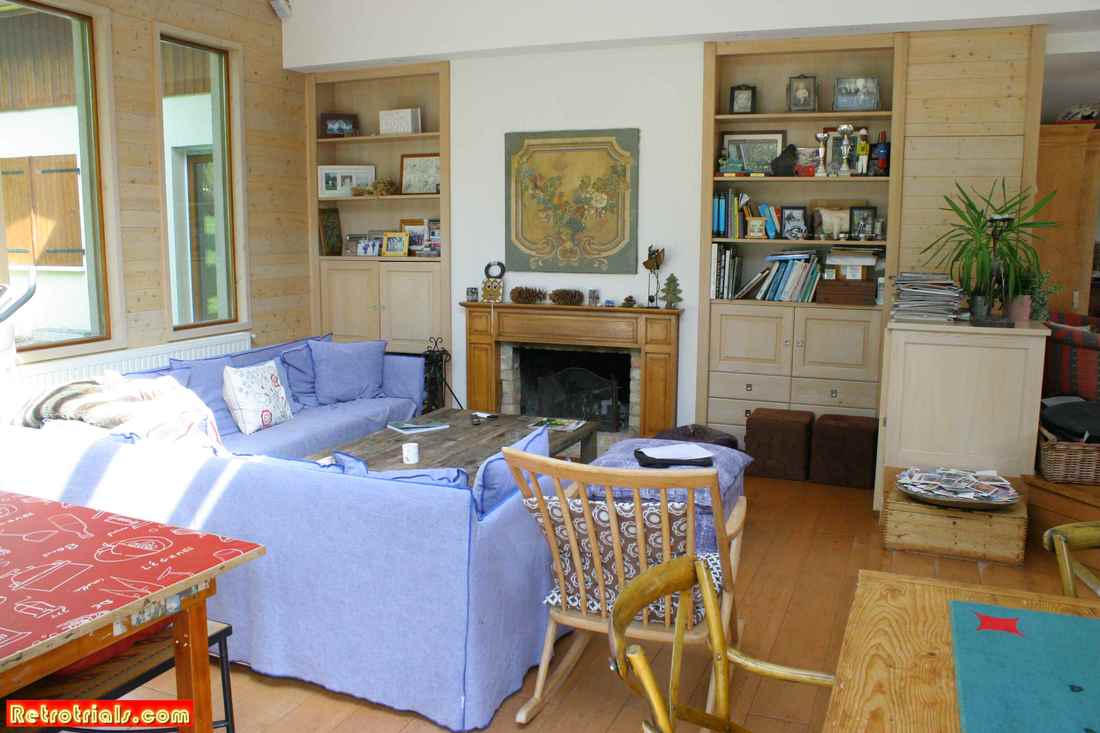 An Exclusive Interview with 1981 World Trials Champion Gilles Burgat
After a chat we sat down in the living room to start the interview. 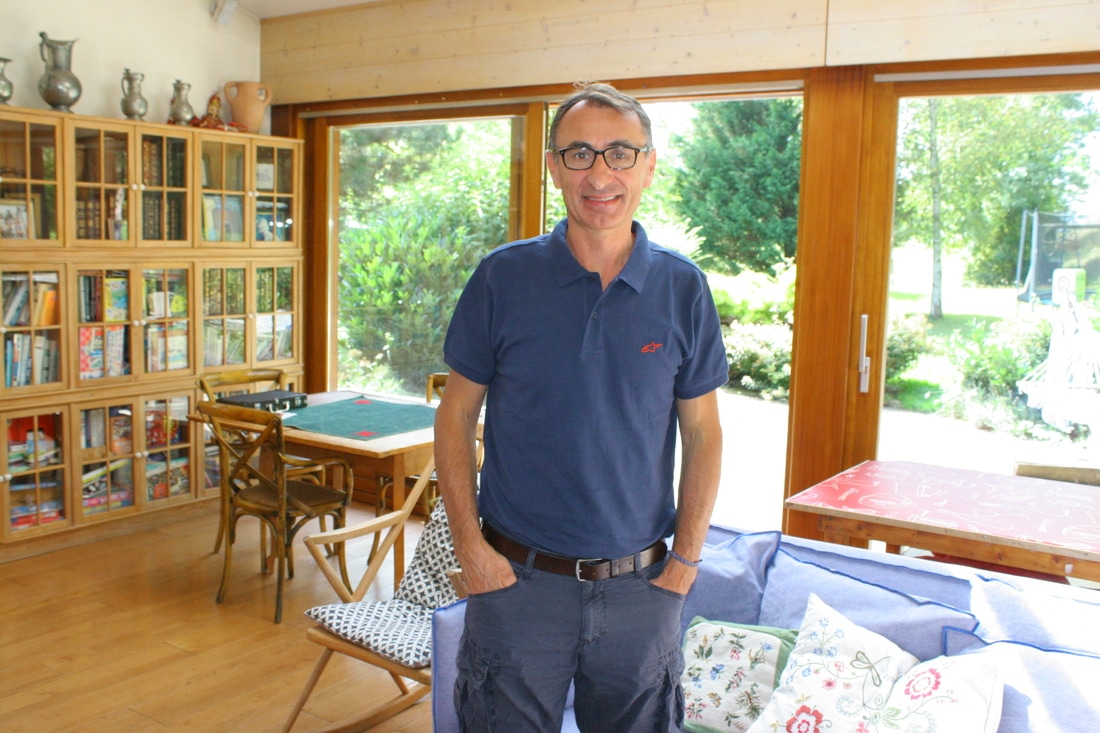 An Exclusive Interview with 1981 World Trials Champion Gilles Burgat
Tell me about your early family life, did you have brothers and sisters?

I have a sister and she is 2 years older than me.

Yes, all of my life in this locality.

What sort of jobs did your family do?

My dad was doing the job that I am doing now, he was the distributor for the French lotto. First he was a company rep and he was selling shoes and lace’s and things like this, as well as wax for the shoes and after he was running the French lottery in this area. When I quit riding, I had the opportunity to buy the territory for the Lotto in this area and my father helps me by it of course and after when he retired I bought his business.

Were your family very sporty back then or are they too busy with life and working?
​
Yes, they did sports, but not really in competitions, just for fun. Even until now, when they are in their 80s they are still involved in sport, they ride bicycles, electric bikes and are they still live locally to here.
Page 3