﻿The bike was riding perfectly and I won the first event of the World Championship, this was the main mechanical default during all the year the bike were going more and more developed and special every month we have a new chassis and all new parts and we start with the prototype and at the end of the season we have a quite standard bike but we are doing that to sell the bike. In 85 it was the perfect year for me and for Fantic because I won all the events that I had except 3 2nd place. It was at this time at that time I won the Scottish, I won the 3 days of the Santogosa trial, I won a lot of the French Championship, I won 9 events on the World Championship on 12, and I arrive at 3 times 2nd and it was almost the perfect year.﻿ 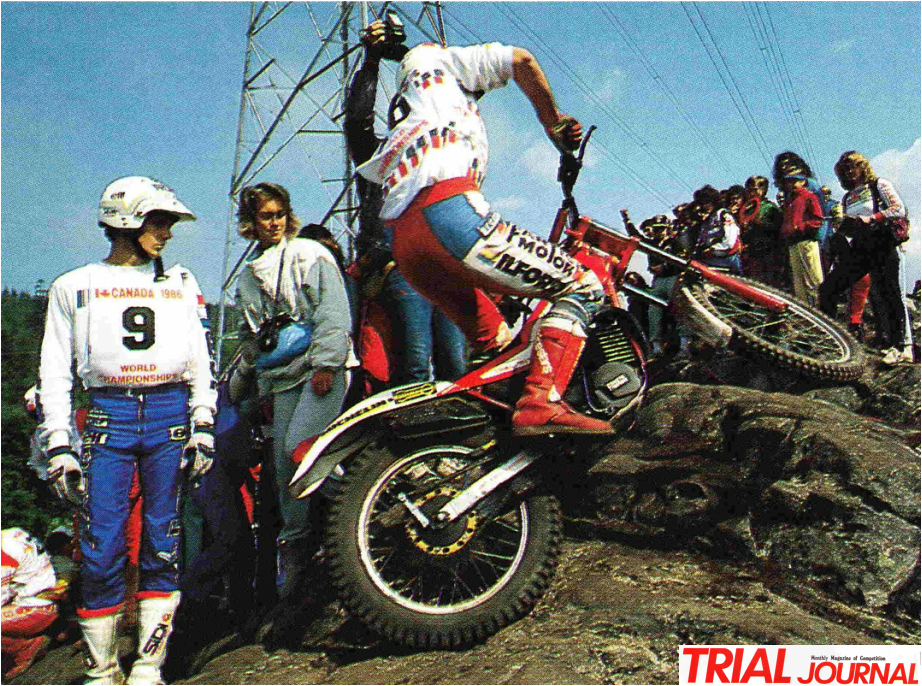 2014 Thierry Michaud interview www.retrotrials.com Photo Trials Journal
This was one of your best years and you are obviously very proud of this year as being a real high light of your career ?

Yes, of course, you know when you win the first title it was the main thing then you can dream in you life, when you are the first time World Champion you reach your dream, it was a perfect year, definitely. 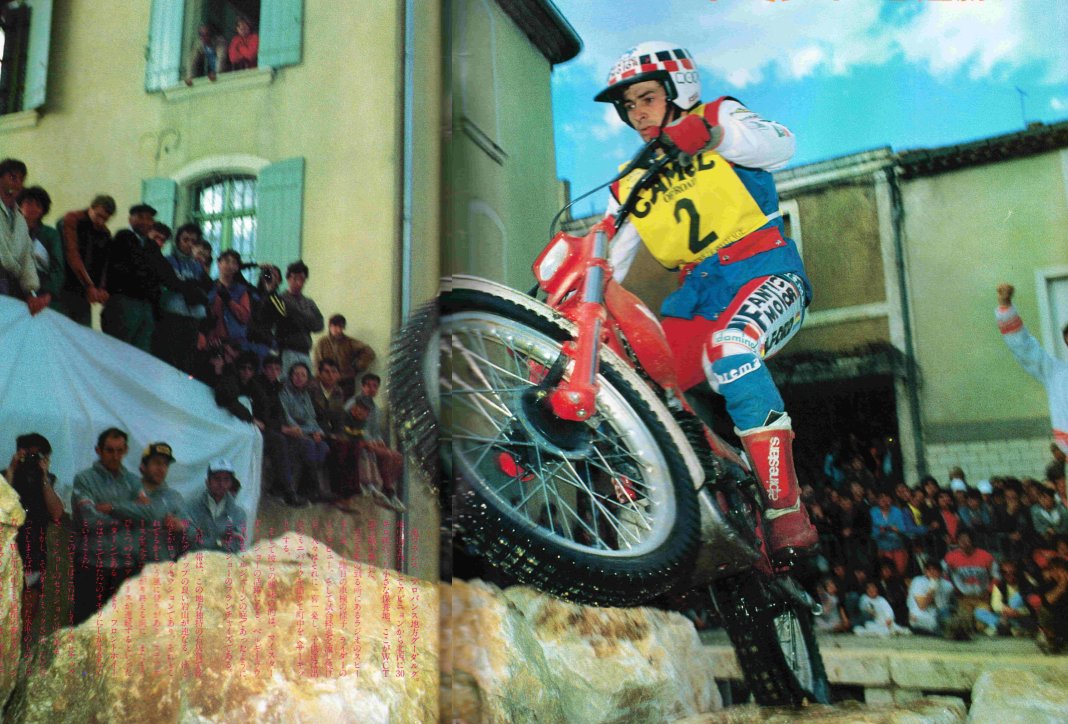 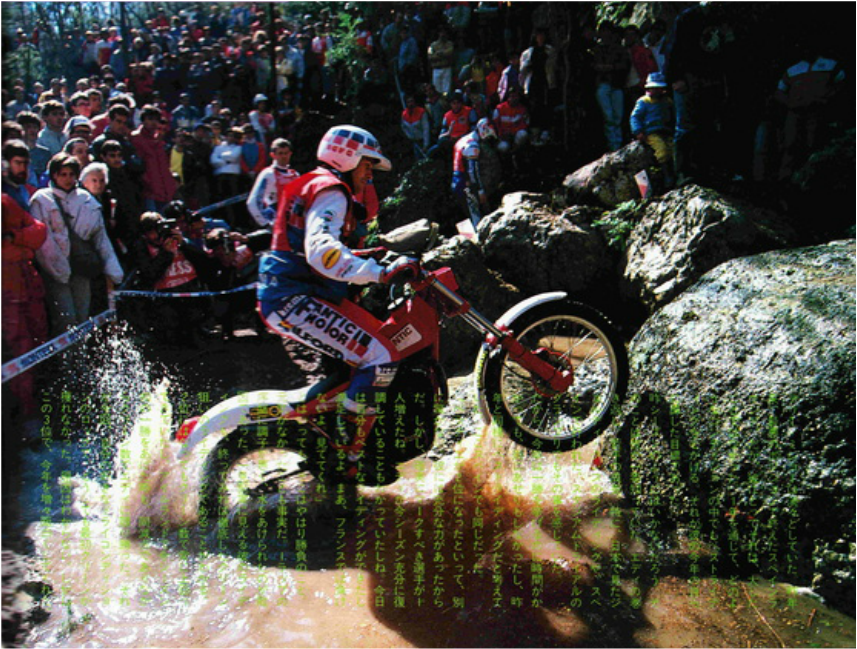 2014 Thierry Michaud interview www.retrotrials.com
In 1986 you didn’t win the championship as easily, it all came down to the last round in Finland. Do you remember this day ?
Ahhhh yes, I could talk for 1 hour about this, but I try to keep it brief. No for me, I have a really good bike . It was a standard one .I have a very good bike and it was more difficult for me because at that time we have a lot of indoor trial at the end of 85 and when I start the 86 season I realise on the 85 season was not serious for me and I start that day  without rest .... you know with out being recuperated. I didn’t stop at all and then I was tired to start and your no 1 you are World Champion but everybody wants to beat you .It was more difficult for me then to start in the season to fight hard just to keep what you have . We were riding a lot at this time. Honda make a lot of effort with the Lejeune and Steve Saunders . They had a new bike and they were working very hard .  Eddy and they very well it was quite difficult.
1985 and Thierry is at the infamous Bilstain step, Belgium with Eddy watching from the top , next to the observer. On the right of the Observer is Adrien Prato (from another photo) ready to be catcher. In the distance is is Gallach with ?. No 4 behind Michaud is Berlatier. 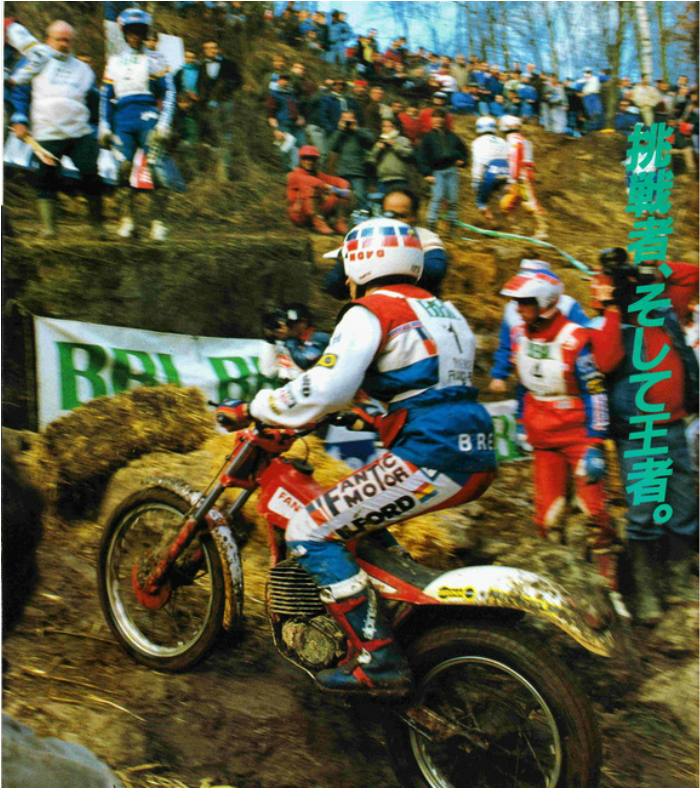