​​A detailed interview with Oriol Puig Bulto + full access to his photo gallery and Trial records.
One of them question I have from this owner is regarding this specific bike.Can you remember whether you scored lines and grooves into the  interior of the drum brakes?.

Yes we did this and also we did some cuts and of course this was completed at this time because when the interior got wet we had to spend 2 miles just braking to heat it and to dry it because there was just no brakes at all.

Did these early prototype Bultaco's have any special identification marks on them?.
​
I don't remember but there was something I think this may have started with 100
Paco , Oriol , friends and family out for a ride together 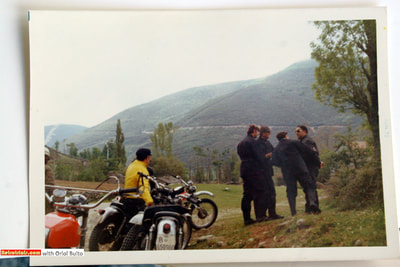 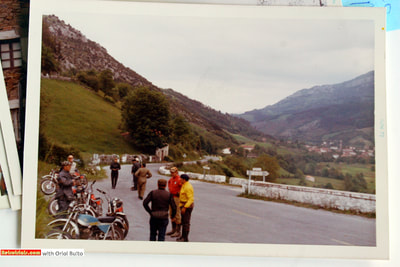 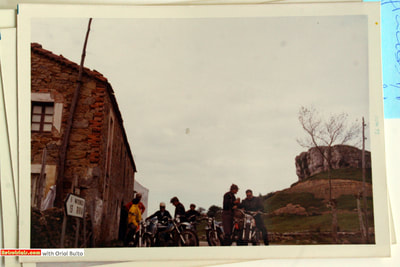 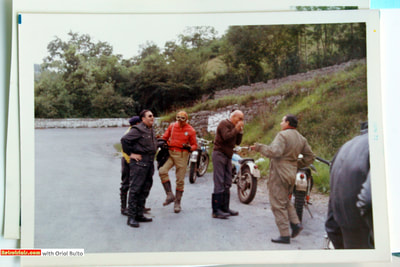 So basically in terms of development i helped with these 4 .The Sherpa S and Pursang the Matador and Sherpa T.  With the Frontera I was already team manager but not the Bultaco team manager as this was with Narcis casas.  We develop different things.

When Bultaco finished was there a much motorcycle stalk that remained unsold ?.
Oriol was Bultaco's competition manager with Estanis Soler as his assistant and deputy. Oriol's job was to assist Bultaco's top riders. Here is a great photo of Oriol with the late and great Jim Pomeroy cooling down after a race and enjoying a tipple - Drambuie (whiskey). Did an upbringing on Budweiser light prepare him ?. I think not :).Oriol - Jim Pomery came to Europe and I went to meet him. You can see behind the car is to small to be American 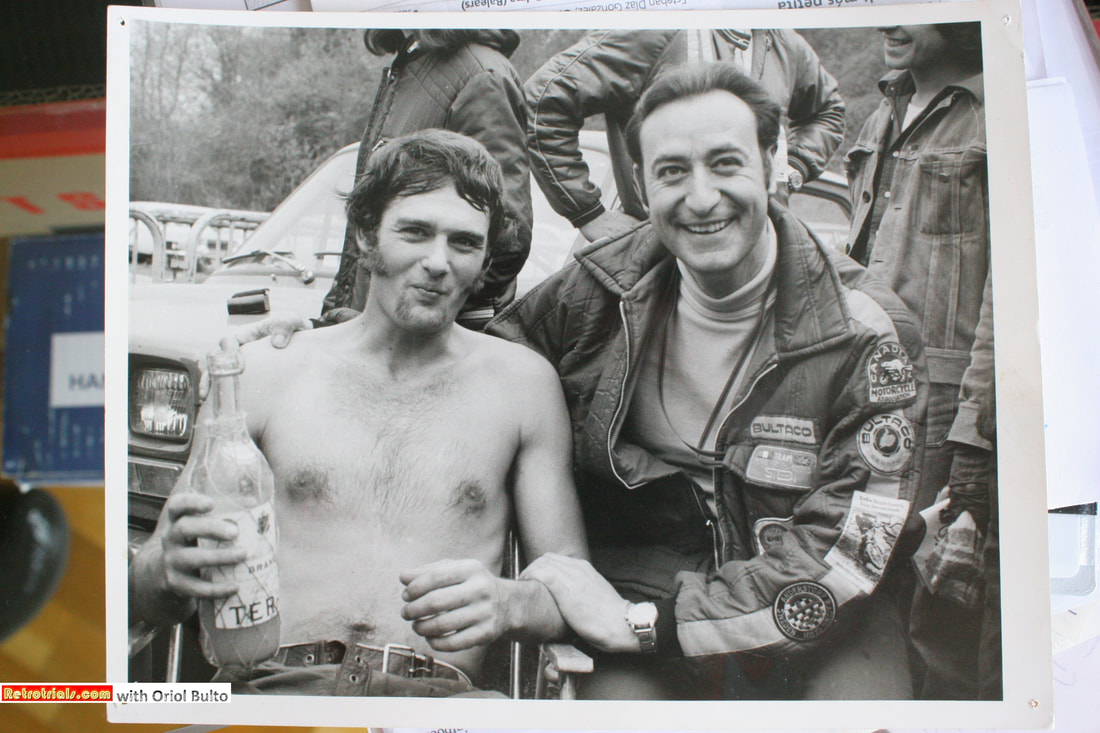 A detailed interview with Oriol Puig Bulto www.retrotrials.com
At the very end of Bultaco I was not there, but  what I remember about my last times at Baltaco. At the end of 1981 when i could see there was no solution , this was the time i left . I remember about 100 or 200 machines were not finished .We had problems .The problem was that we restarted in October 1980 and the problems was that we had built a batch of 500 units of the last model. The last  model that was selling well was  the Sherpa T. We sold them and we got money too make another 300 and we sold these 300 again and then we got more money to buy materials to by 200 ,so maybe at the end there were some unfinished machines but unsold ?.  it is difficult to say because at the end ,the head of the Trade Unions said there were so many things that they said belong to the company and I think the money went into their own pockets. I remember that I arranged to sell a Estanis  Soler the record-breaking machine the Machine the TSS with the 5 World Records. 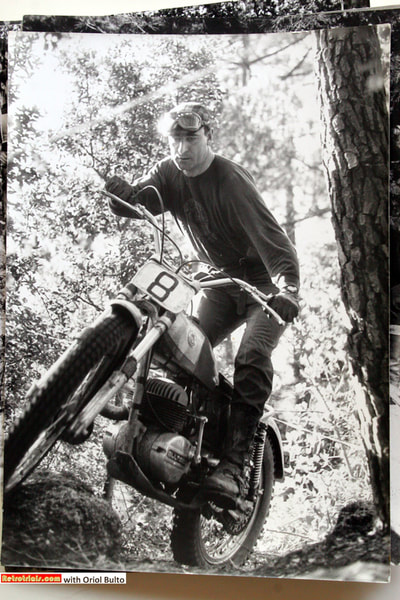 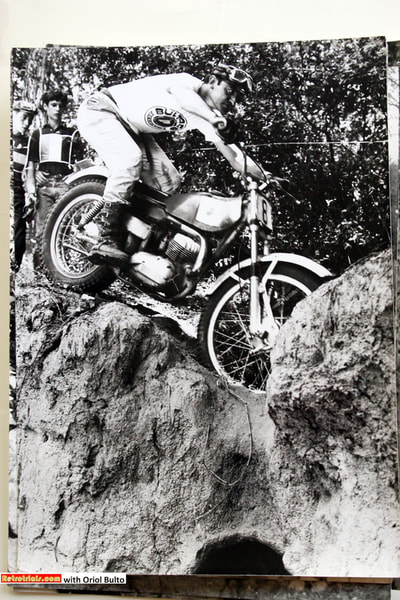 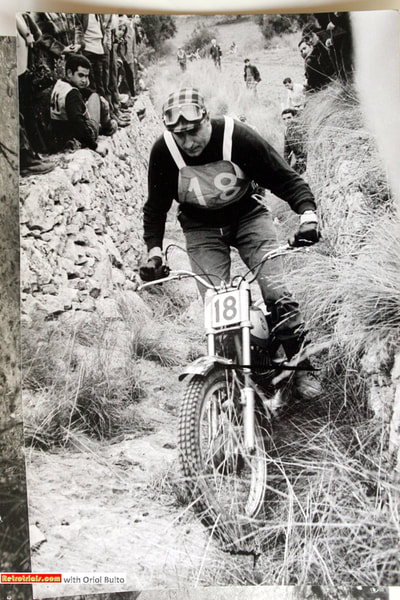 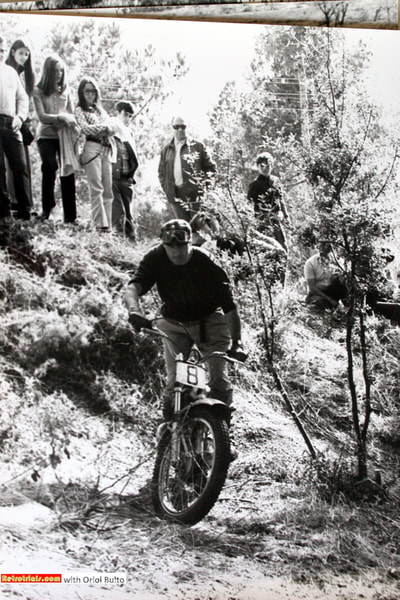 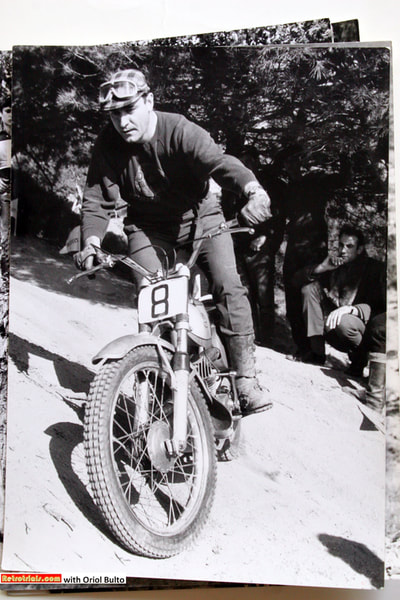 I arranged to sell it to him at a good price , otherwise this bike would have disappeared. 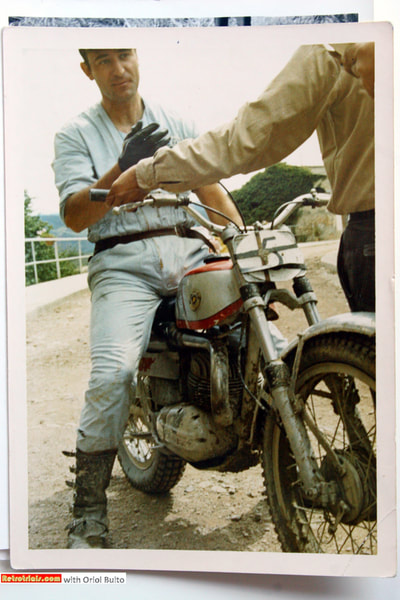 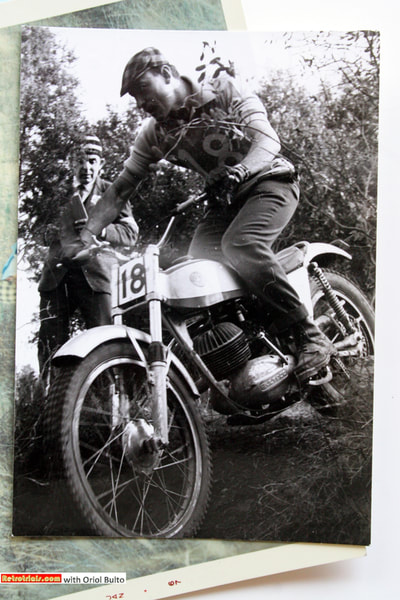 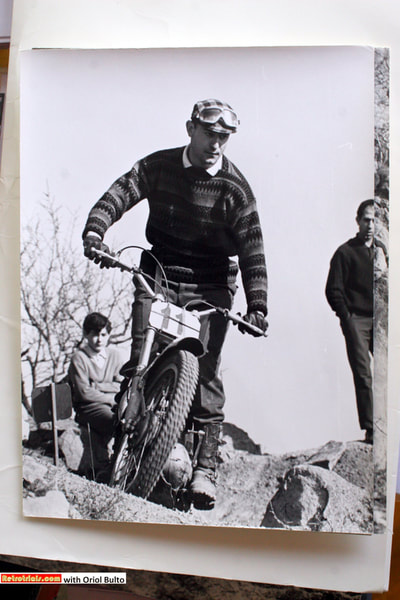 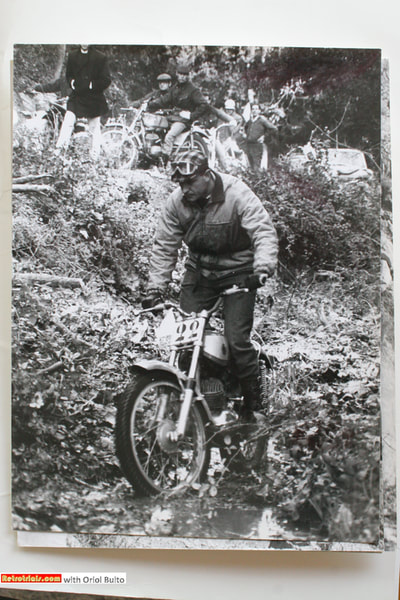 At that time it was compulsory .Yes , you went to the army or you went to jail.
In the corner of Oriol's and Marga's living room was a model of a motorcycle shop that caught my eye. It appeared to be the only item related to motorcycles in the room.Men have to make concessions , don't they :).

​This was my workshop. We had a dealership in San Andreas in the 1970’s.It was fairly easy at this time to buy a motorcycle but not so easy to buy the boots and the clothing for competition and also the trailers for the motorcycles , so I started this dealership with my brother and we had a workshop and a clothing boutique so you could come here to try and buy these things. My brother had 2/3rds shares and I had the remainder. Our sales manager was my cousin Innes Bulto.

Where was this dealership ? 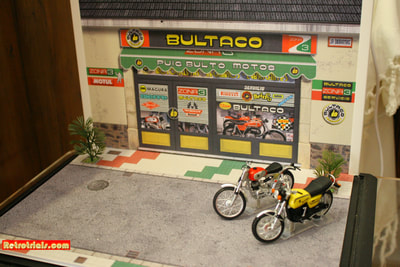 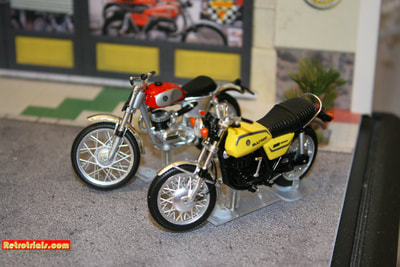 Along with huge swathes of Barcelona this location looks redeveloped , and is now offices and flats.