Do you remember riding in the Kick start trial ?

Do you recall riding with Wayne Holdsworth in kick start ?

Yes, in the Junior kick start of course. Little whipper snapper
Have you got fond memories of kick start ?

Oh crikey yes, I wish and wish somebody with the power could get it back. If you did it right now with somebody who has the finness like Simon Powell has got, that would be brilliant. There are all these talent shows which are crap, but they are putting them on in such a way that its entertainment  AND THEY COULD do that with kick start
So throughout your career have you worked a few times at BVM ?

Yes, as a whipper snapper I was and then I left for quite a while and then I went back and I actually bought into BVM for a short amount of time in 1996. We suddenly found ourselves as parents and I thought we should be responsible and have a proper job so I bought into BVM, but then I sold me shares to them. I didn’t like that too much. I then continued working for them for about 10 years  as a mechanic
What did you think of the scott trial?

I love the idea of it, hated riding it all at the same time. What really annoyed me was lack of knowledge of the area which made it impossible to get a decent result really.

So you didn’t like the idea of riding it, but loved riding it when you were there? 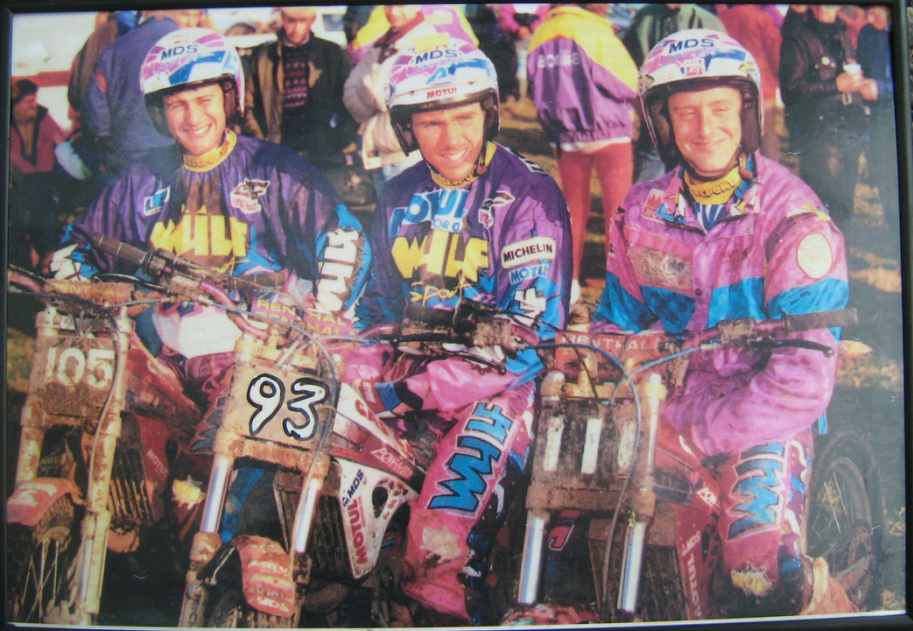 Wayne Braybrook , John Short and Steve Saunders at the Scott trial . The picture was given to me by GasGas Spain STEVE SAUNDERS INTERVIEW WWW.RETROTRIALS.COM
Tell me about the Scottish six days trial

The Scottish is one of those trials that that any rider, certainly a UK based trials rider has in his mind that he has to try and got to win it, because it is such a big event. It’s just one of those events. You can go through the biggest pleasure and the biggest hatred all in one day just because you can go from one of the mountains to the other and one side is sunny and the other side is snowing. That’s what makes it what it is. If it didn’t have that it would be like riding 6 days in the Caribbean. I quite fancy that as well. Yes, it became a labour which is why I stopped riding it. This is why I stopped riding it, when it becomes this what the point in doing it? there is no point

Would you plan to ride the Scottish again one day ?

It’s gotta be the UK

Who do you think was the most talented rider who didn’t quite make it as far as they should have?

I mean that they didn’t get what they deserved. Some people were held back by Tarres for instance .

Yes, yes. You sometimes have the phemominal rock that you can’t get passed. That was Lejeune, that was Tarres, that was Michaud, Vesty. There are these big giants out there that just dominate, you can’t blame them

I think probably, probably one of the greatest riders who should have got more than he did was Steve Colley

Were you dedicated enough during your years in the sport?. 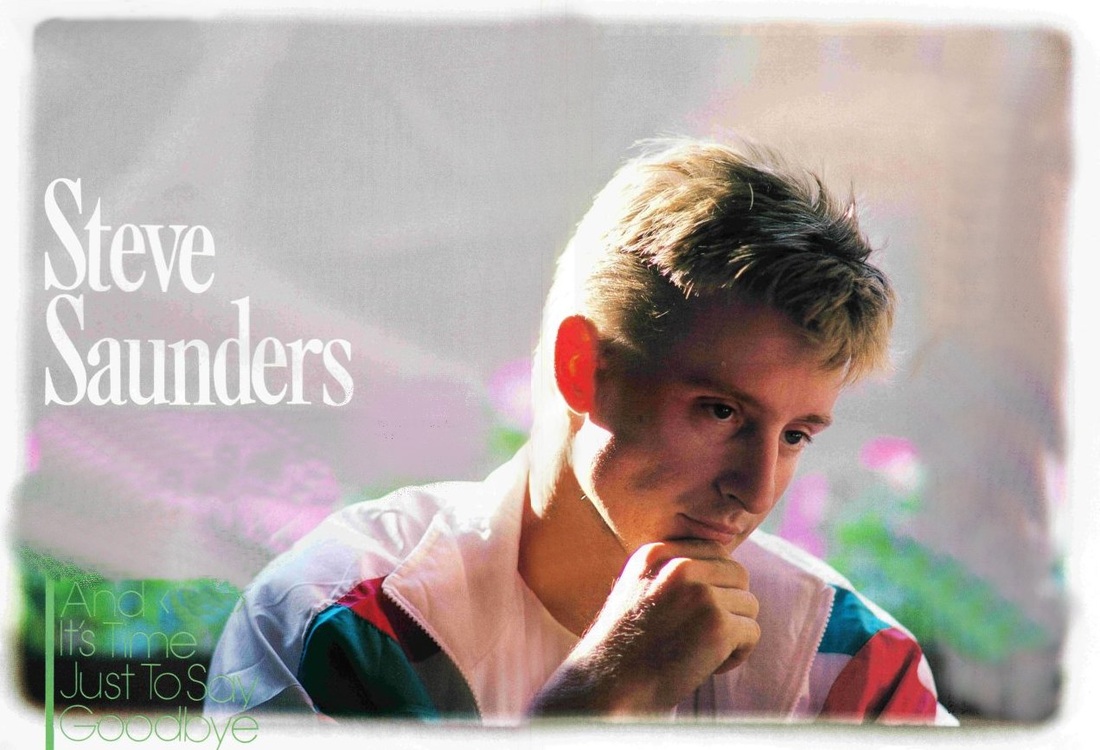 STEVE SAUNDERS INTERVIEW WWW.RETROTRIALS.COM
Did this cause you problems ?

Not being in the zone for as often and as long as you need to be in it
Sarah says The riders now seem to be a lot more dedicated
Steve says They are different characters now. The world has changed. I think yes I did.
I wouldn’t want the time that guys have got now. If I was doing it again, I would want the time that I had and that’s not because it was easy or lazy or for any of these reasons as we put shed loads of work into it. I think we had …….the big lorries, the big awnings ……it doesn’t mean a lot does it? When we were scrimping and trying to get and trying to plan and you’d make up your own bit of wood to sleep on at night, stuff like that. It was almost like boy scouting wasn’t it. It was part of the adventure. You would finish an event and you could go out and have a few beers with your mates and something seemed to be wrong with that, where as now I’m sure that if you went out and you saw Bou with 3 or 4 pints you’d think “what the bloody hell is he doing “ you know. We could do that, we could have a bit of fun and I’m sure we had better times and I’m sure the guys before us would say they had better times and the guys before them would say that they had better times.
Sarah says “There were all those people trying to drop comments to bug you or to get you a bit on edge. It was all psychological, you know”

Steve – and not rise to those things. I think I was stronger than a lot of the other guys were but I wasn’t as strong as a needed to be. You did have a set up for your bike at that event due to the different riding conditions or attitude and we’d set the bike up differently. If you haven’t quite got it where you want it to be, it’s hard to rise above the fact that you think your bike is inferior to where you really want it to be, you have to be right at the top of the pedestal.

What is your view on the world championship these days being a summer sport ?. They are general grippy rounds

My view on it that is if you have a world championship and you travel to each different country to experience the culture and the way that country is. We get to go to spain to get some really big dry grippy rocks. We used to go to Belgium to get some slippery rocks. We used to go to Ireland to get some slippery mud. We would go to different locations to get different conditions, where as now you pretty much go to every different country to do 10-12 rounds of indoor trials outdoor,all the bloody same. I think they should choose strategically. They know that January or February, March, in the uk is going to be horrible, so we should have world round here. Get your arses over here and ride in our horrible conditions. Don’t put it on in July when there’s a good potential of it to be dry and grippy. It’s the same as Andorra, Spain Italy. It’s all the same.