​A detailed interview with Oriol Puig Bulto + full access to his photo gallery and Trial records.
Sammy started winning with this new machine but then sent as an SOS message saying "Look ,in wet typical English conditions this machine has no grip". So because of this I travelled to New Milton to where Sammy was based and I took with me a cargo of different components to change the compression ratios. I took different magneto's, different flywheels, different carburettors and a lot of other things besides and there in New Milton we compared Sammy and me the Bultaco with the Triumph cub ,the Greaves and also his machine. Then at the beginning the Bultaco was a little bit too crisp ,so for this we change the flywheel and also the carburettor settings and also the  compression ratio and in three days we got it . It was better than the Triumph and the Greaves and this was really the finalization of the Sherpa T and it was based upon all of this information that we started the first production of the Sherpa T. So at this time we were just concentrating on one motorcycle for Sammy

And you remember whether the wheels were Dunlop Valance wheels ?. 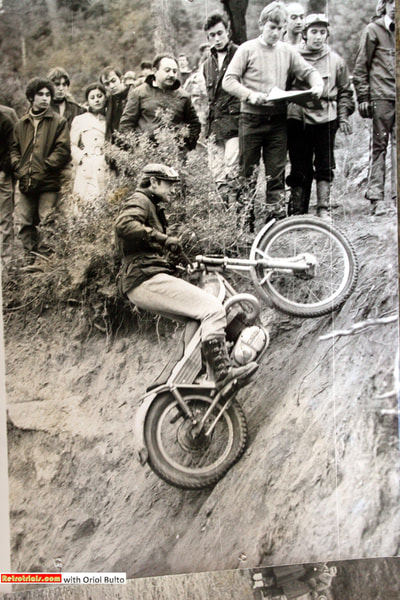 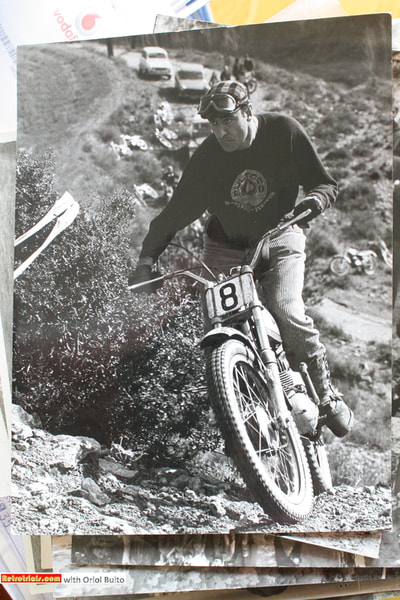 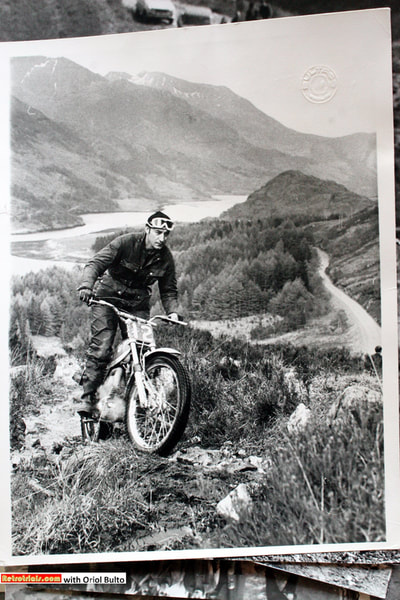 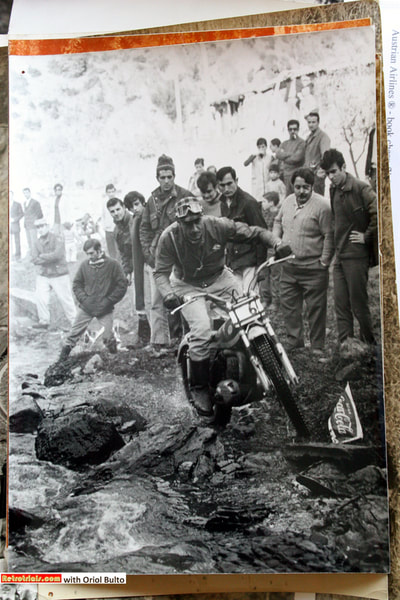 I have some pictures  from this time so I can show you.  At the end of 1962 And 63 we were working with a modified Sherpa S .  We can check with the pictures ,I have many pictures. I have a lot of pictures but not in good order. I always said that when I retired from work I would pull together pictures for magazines ,then I just didn't do it and now I am saying that when I leave the FIM and retire I will do it but for the moment I have not done it. 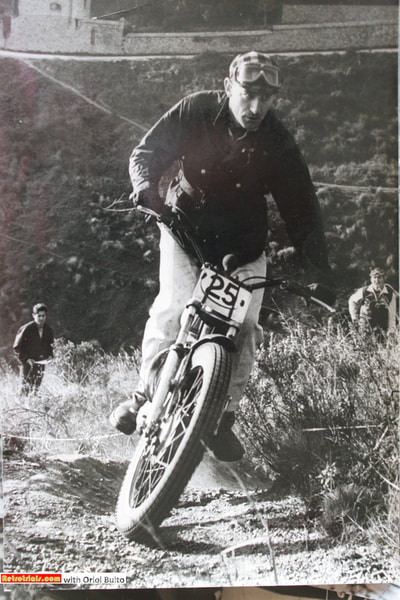 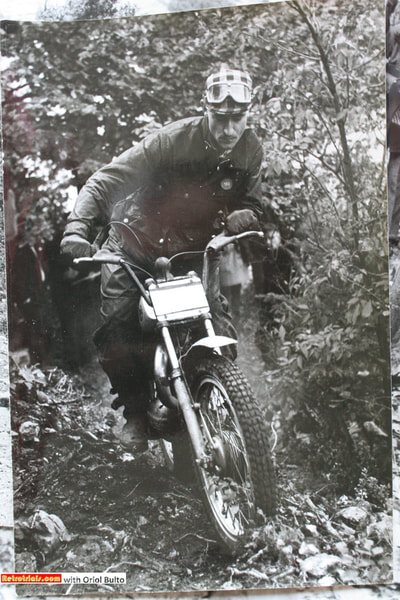 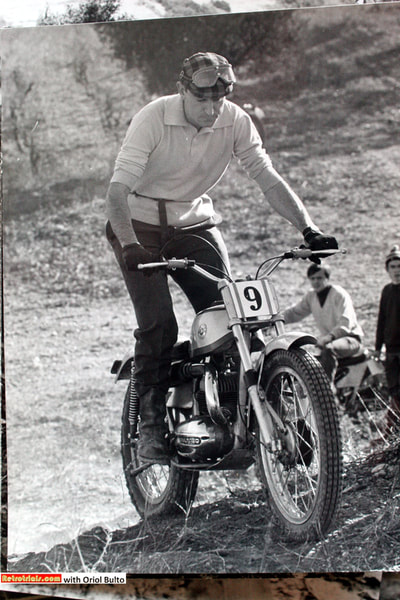 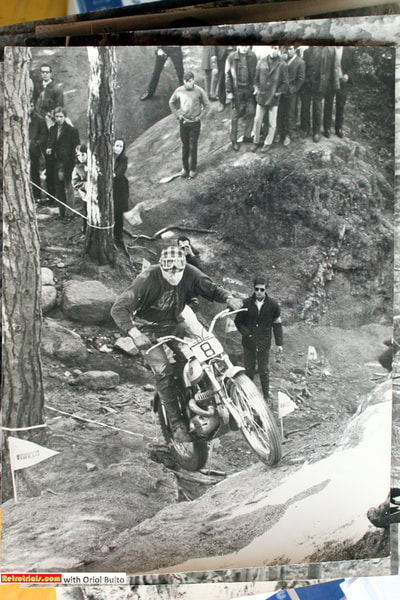 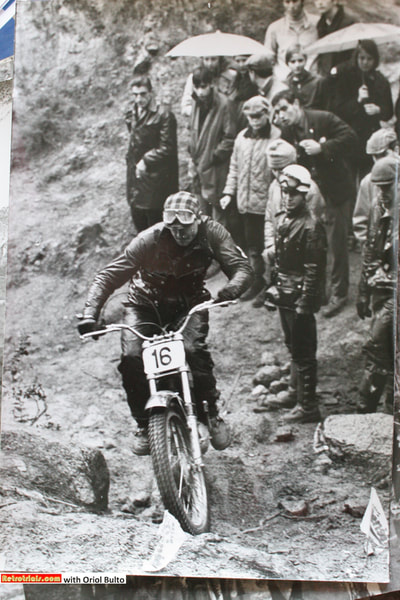 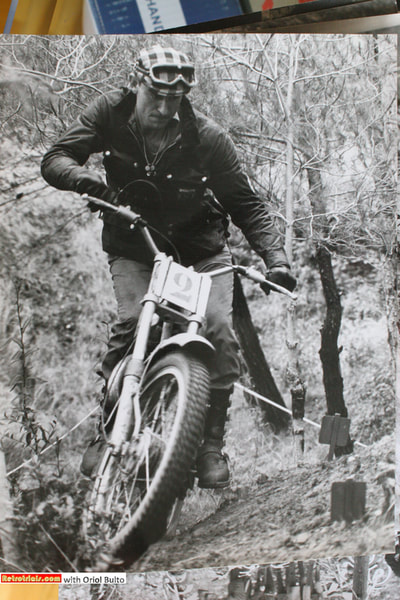 Do you recall whether the spokes were laced on the outside of the Hub on this first Sammy bike? .

I  do not remember this. I remember that we had problems breaking spokes at that time.

It is a very specific question but it's from a man who has the original Sammy Miller machine and he often has many questions surrounding it. 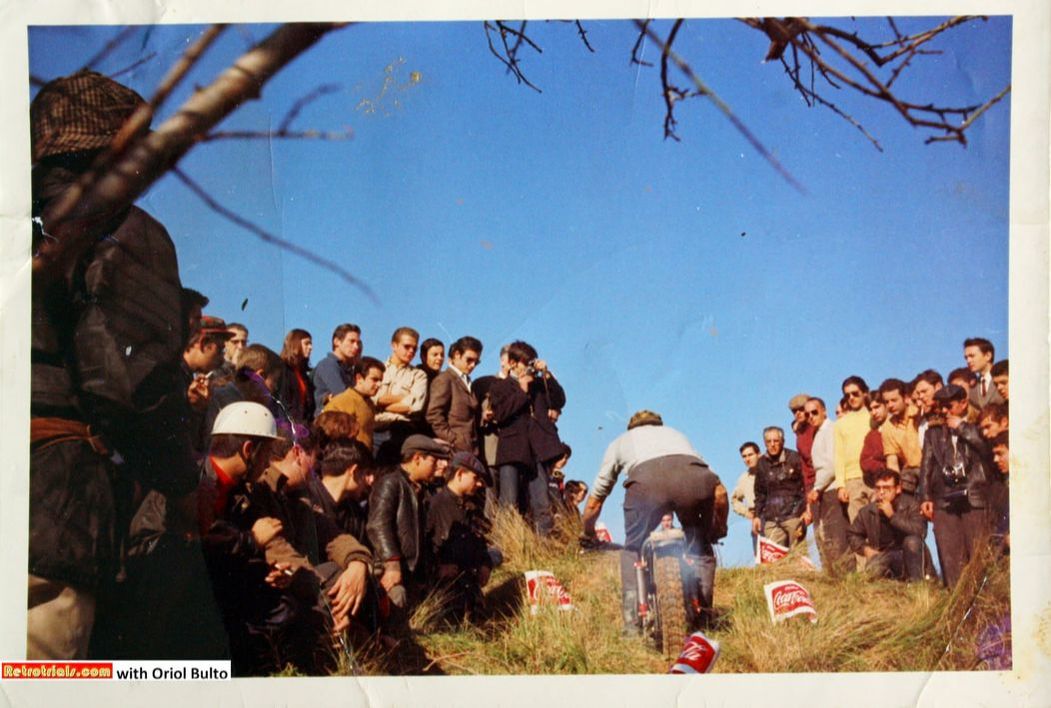 ​A detailed interview with Oriol Puig Bulto www.retrotrials.com
Is this owned by Vesterinen ?.

No it's another man.

Ok I went to the house of Vesterinen and he has a lot of special bikes and Sherpa T.  We went there three years ago with Ignacio Bulto, Manuel Soler and Javier Cucurella. We went to Scotland but more to the north , not to Fort William. It was for a classic and this year we plan to go in June to a trial in Kendal  as we're invited by Vrjo.  He has offered to supply the machines for all of my friends and I will go there as team manager for a long weekend. We go on Friday Saturday with this classic trial and Sunday and then back.
Page 18