How did the deal come to an end? Was there a possibility of it lasting?

I did have one more year contract with them but we tried to sort things out and we did get a little bit of money out of them. We called it quits and disappeared. Sarah says – I think that Roy Carey didn’t want this going public and it was enough to keep you quiet at the time. Roy Carey didn’t want it coming out. We managed to get enough out of them so that it looked as though they had sorted out our expenses but that was it

What did you do immediately after Fantic ?

I then gave old mate John Lampkin a call and he gave me a ride on beta but that didn’t give me any money. John couldn’t have put in the money to do a full season on world championship. I can’t really remember how it really came about but I blagged a job as an assistant manager at a supermarket and this paid for things and it was regular income. I got this job. It wasn’t a bad job to be honest 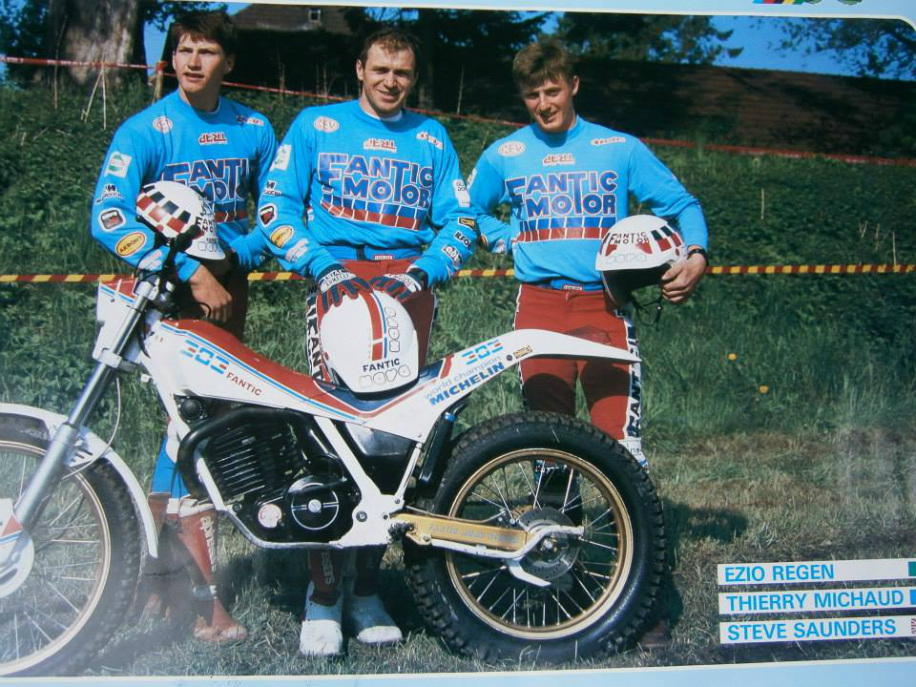 STEVE SAUNDERS INTERVIEW WWW.RETROTRIALS.COM
How were they allowing you to do your World rounds and travelling?

Anything special – or roughly production?

It was basic production bike that I did a bit of work on to get how I liked it. We got part way through the deal and Mark Kitson crashed my van and that was it then. I think it might have been the first season. I don’t think I did much the second season. This just made me wake up to that fact that I was trying to do too much to fast cramming it all in and trying to do it all. I wasn’t developing a career I was just holding onto something so it was a case of let’s forget the world rounds


Mark Kitsen was a minder for you . How did he meet him ?

I met him when I went out to Australia to do a trials school. I met him, he was quite young then. A few years later he decided that he wanted to come to Europe and to England and spend a year here. It was supposed to be Europe and settled himself down here and got a nice place and started working for me and a local bar and some stables and doing all sorts of bits and pieces, but earning enough to stay around. He then hitched on with me to the Europe trials in the van and it worked out quite nicely. He loved trials and he was getting to do what he wanted to do. A year’s worth of world championships

I did one with Adrian Prato. It was in France near Nice. I was on a Fantic 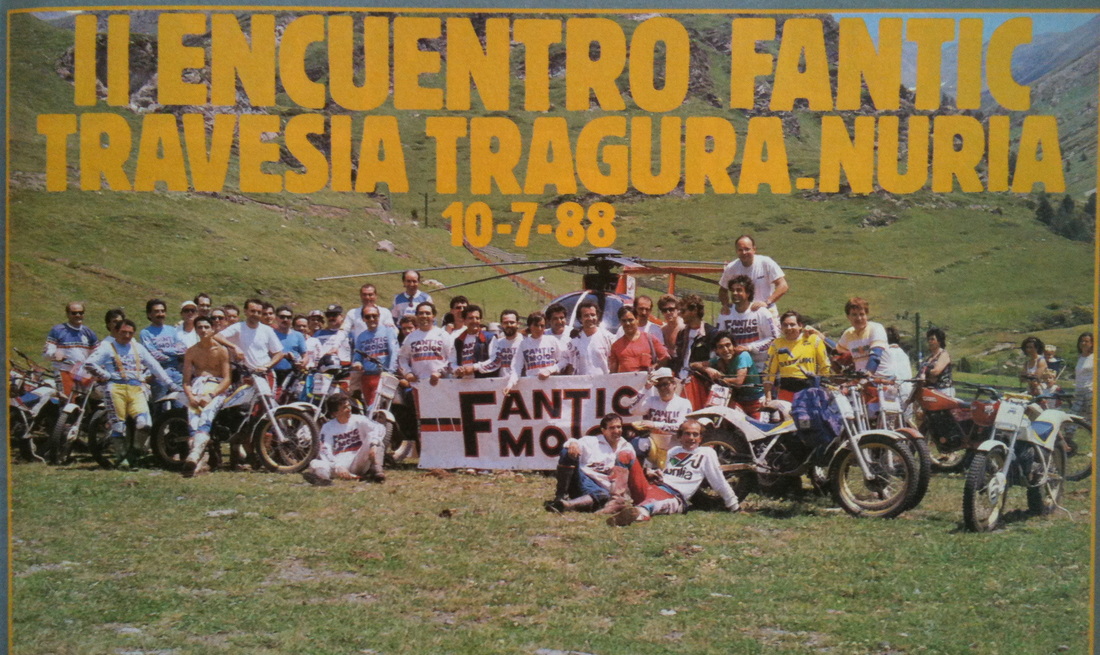 STEVE SAUNDERS INTERVIEW WWW.RETROTRIALS.COM
Why did you leave Beta in 1991?

I could of fancied a new challenge and Tommi was on the Aprilia at the time and there was a promise of quite a bit of factory stuff and potentially some world rounds as well. I kind of missed them. This could have been the comeback kid sort of thing, but I soon realised that that wasn’t going to happen so I just had one year on the Aprilia
How did you get on with the bike?

Not very well. I got on fairly well with the production bike but the factory bike I couldn’t get my head around that. I think honestly I was putting so much effort into trying to raise my game that, at this time everybody else is catching up so I’m trying to raise my game to stay ahead of these guys at BTC level. And then when I was getting to the weekend I was worn out. I then didn’t ride well as well. And soon as a backed off a little bit. I backed off because my mum became very ill, so I backed off a hell of a lot. Suddenly my riding went right up. I had other things on my mind, so it was a release to ride my bike. It was a fantastic thing actually instead of daily chore

How come you only stayed with Aprilia one year  ?
The bike just wasn’t what I was looking for and the gasgas had got itself to a pretty decent point then. I felt it was something for the future.
When was your last world round season ?

The last year I did a world round was 92. I went and did spain and belgium and then the british world round. That was it then, no more.

Did you ever visit Gasgas factory?

Yes and when I arrived there I thought, this is the bloody Merlin factory ha ha ha 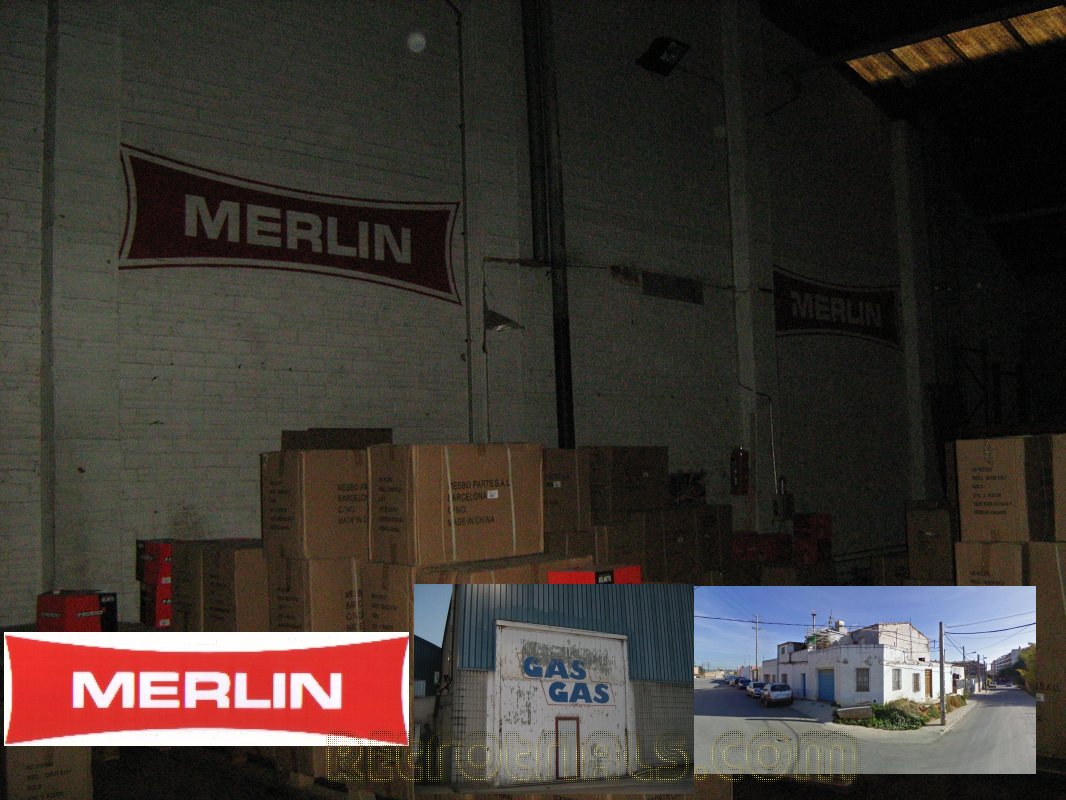 The main picture if of the the Merlin factory which in 1988 became the 2nd GasGas factory. The inset pictures show the from of this factory in the middle. The original Merlin facory is to the right. STEVE SAUNDERS INTERVIEW WWW.RETROTRIALS.COM
Had you been there previously?

Yes I’d been there when it had been Merlin

Why had you been there?

Because Merlin tried to get me riding for them. It was the red bike. The strange thing is that I didn’t know who this bloke was then. I met this guy and he said, let’s go up to the hill and go practising. So I jumped into this lancia intergralli car. I got in this blooming car and this bloke drove it like an absolute idiot up to this private ground fast as you like. I am completely sure that this guy was Josep Pibernat, the guy who used to half own Gas Gas.

Did you ever test the Merlin? 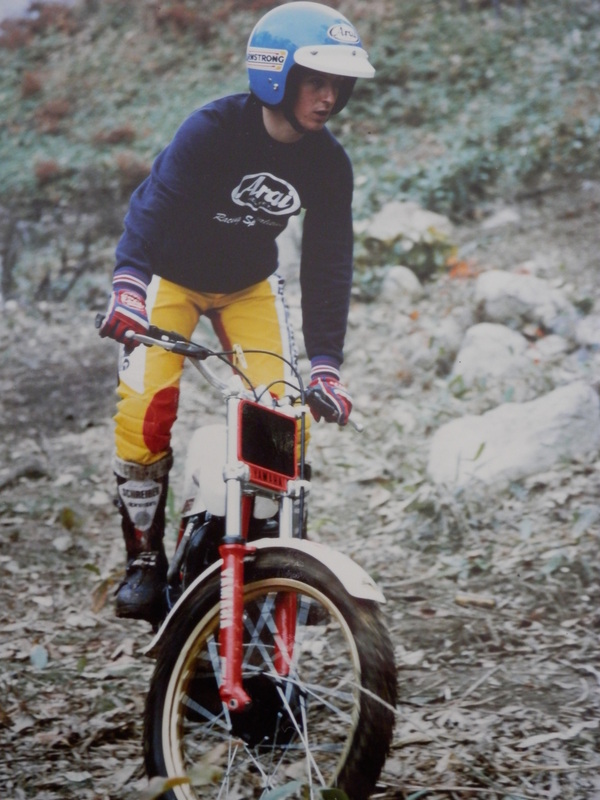 Steve trying the Yamaha TY250 STEVE SAUNDERS INTERVIEW WWW.RETROTRIALS.COM
Did you ever ride the Mecatecno or Alfer or JJ Cobas

Did you ever ride the JCM?

Yes, not much. I rode Tony Scarlett’s at the time, that was all
How old were you when you started competing in trials ?

Where did you meet Sarah ?

Secondary school. Sarah says “You know the first day I saw Steve was on his 16th birthday. He had a moped which you brought to school didn’t you? My friend said to me “that’s Steve Saunders “ the one I keep saying I really fancy, she pointed him out and he was riding his moped.
Steve and Sarah's wedding day - lots of well known faces 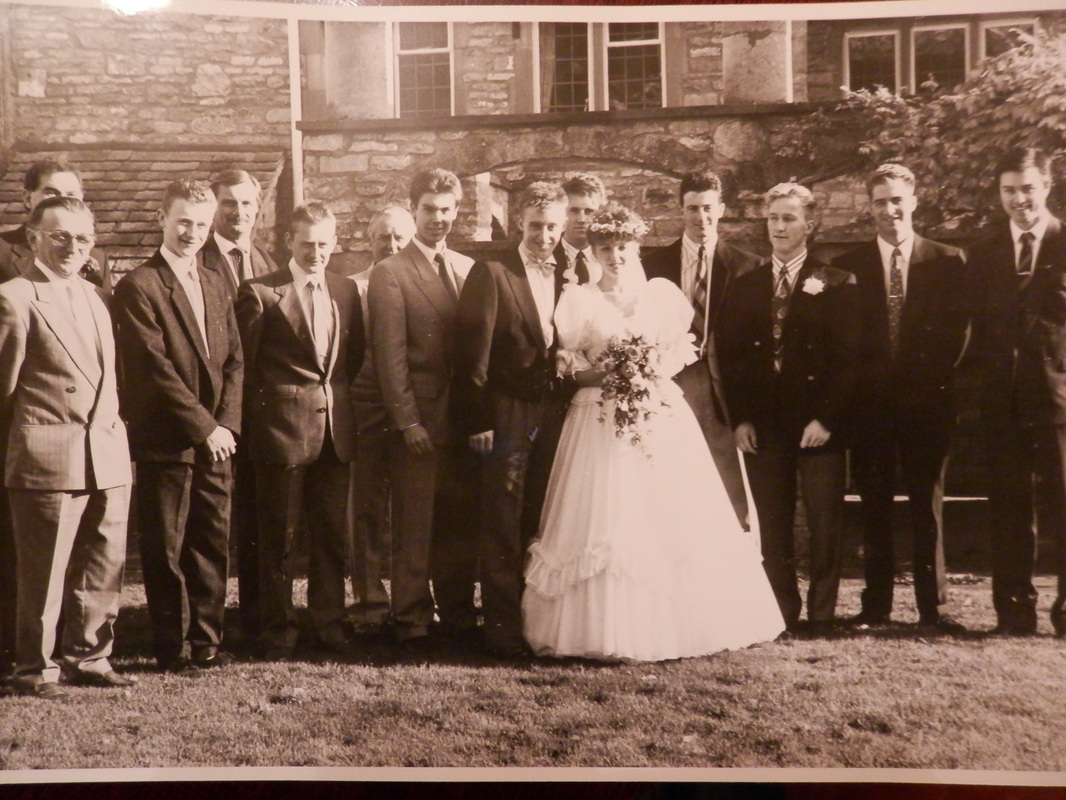