So Bultaco died and you then started with SWM?

I ride many years for Bultaco but in the final days, I could see what was happening in Spain. We had the dictator Franco, after the
people wanted to be a little free and do anything. Then people get ideas about good and bad companies to Spain and they want to close
Bultaco. People saying “We can no work”. Big problems no?. People no work, everybody ask for more money. There was a little internal revolution and when is finished the dictatorship
was finished and then started the democracy.
Nothing has moved for decades . Dani Font swings the engine mount around like its an addition of his arm
As you can see Dani loves bikes so much. He really enjoyed our visit and seemed overwhelmed that someone had discovered him tucked away .
Paco then no go in to the factory and in 6 months the factory was destroyed. Then Suzuki, they want buy Bultaco but they want 51 percent and Bulto say no, I want 51 %. This is the big mistake of Bulto I think, because he no sell. The people inside the factory were a disaster and I am very young and I go there I take moto and recambio and I go, you know. I am young but I see what has happened but I no have experience to get out before the crash. Then I go Italy and meet SWM and ride in the competitions for him. He pay me with 40 or 50 bikes. I sell these and make my team and in 2 years I sell 2000 bikes in Spain. 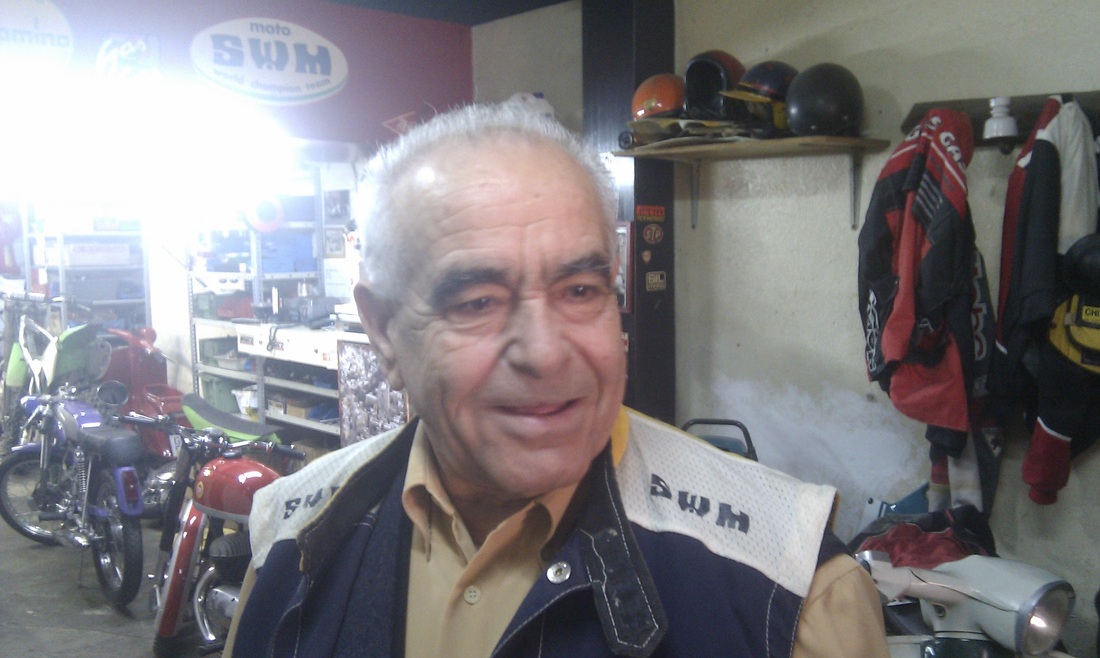 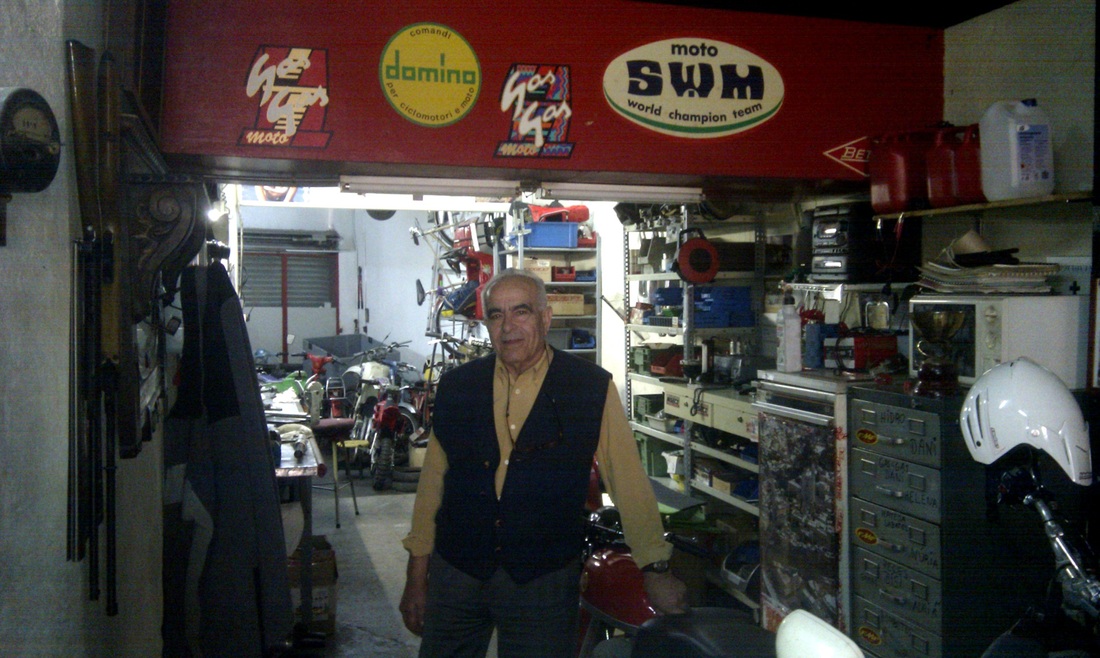 Yes, I was import director. Bultaco in shop was managed by Narcis and then after Bultaco die Narcis look after import company as well which was called Remoto, importing Acerbis, Mallossi, Ariete, Polini. And after Remoto this was Hebo and the Hebo take some clothes and I go Vietnam and in China and Hong Kong and I buy the pieces for this. Then after the same pieces would be sold in Remoto and Hebo. 1973 –  1980 make Bultaco. 1979 – 1985/6 make SWM and Remoto and after make Hebo and GasGas and motorbikes. SWM I make in my house in Salt. I separate the organisation and I put together there the motorcycles.

Please can you explain this? Did you assemble the SWM in Spain?

Why didn’t the factory in Italy assemble the bikes?

Because when I make the transport maybe I take 20 bikes. When I separate I take 50 for the transport. (customs charged 60% to import complete motorcycles into Spain but nothing for spares, so believe this heavily influenced this also ).

Did you try and buy SWM when they were having problems?

No. I have good relationship with the boss. I was only the moto driver and then the importer. Never I try buy the factory.
From Sieroni when I hear of the problem I start to produce the GasGas.

I no try buy SWM but I buy Merlin later.
Dani, Fernadez Sarogani, Narics and me we make this first prototype bike. The frame from SWM and the first had a tank from Jumbo and some other pieces as well. Some other pieces from me and other pieces from Spain. Wheels, brakes and everything. Paxau arrived after. He no do this.