Some good ideas on the bike?

Yes, some of them are mine ha ha ha some of them, not all ha ha ha. I think this bike is different enough from the others to have his part in the market. Vertigo is new bike with new ideas. Many bikes are the same because the same man design all of the bikes. This Vertigo is new breath. The Vertigo people are not from the trial and engineering world and come from other parts with different experience.

Did you used to work with the new Ossa after Colomer work there?

Yes, at this moment it is difficult to work Ossa because the department is not stable so we do not have as much time to work on bikes.
From this   (Ossa factory)  2012                                             to this (car mechanics workshop)  Sad times at Ossa. 2015
With Geroni we have nice experience with him. It was very nice to think about trials I have top after a few years so it was a great experience, so everything was nice but one year is enough because next year Geroni was not in the team and also the bosses make it difficult. This was why I stop. When you are in the team you have to organize the development of the bike as well as the organization of the team.  You have to organize everything including when the teams goes to test because you cannot do the test the day before the world trial. Then you need to make sure you have the parts to test, the correct time does it and the technicians to fit the parts for test. Usually we do not have a lot of time to do this. We never have a lot of time to do this because we like to do many things such as the Spanish Championship, the World Championship, the Indoor Championship so we not have a lot of time for test parts. It is very hard

Tell me what else you have been doing with your time?

Well, we have been very busy here. Very very busy for many years. Let me say to you

I make 1000 children’s motorcycles here in this place and we sell to all the companies and they put the stickers on the bike and the colours.  Adhesivos and paint. These bikes I sell to Alfer, Fantic, GasGas , Aprilia for Spanish importer.
Nice photo shoot....but ..... 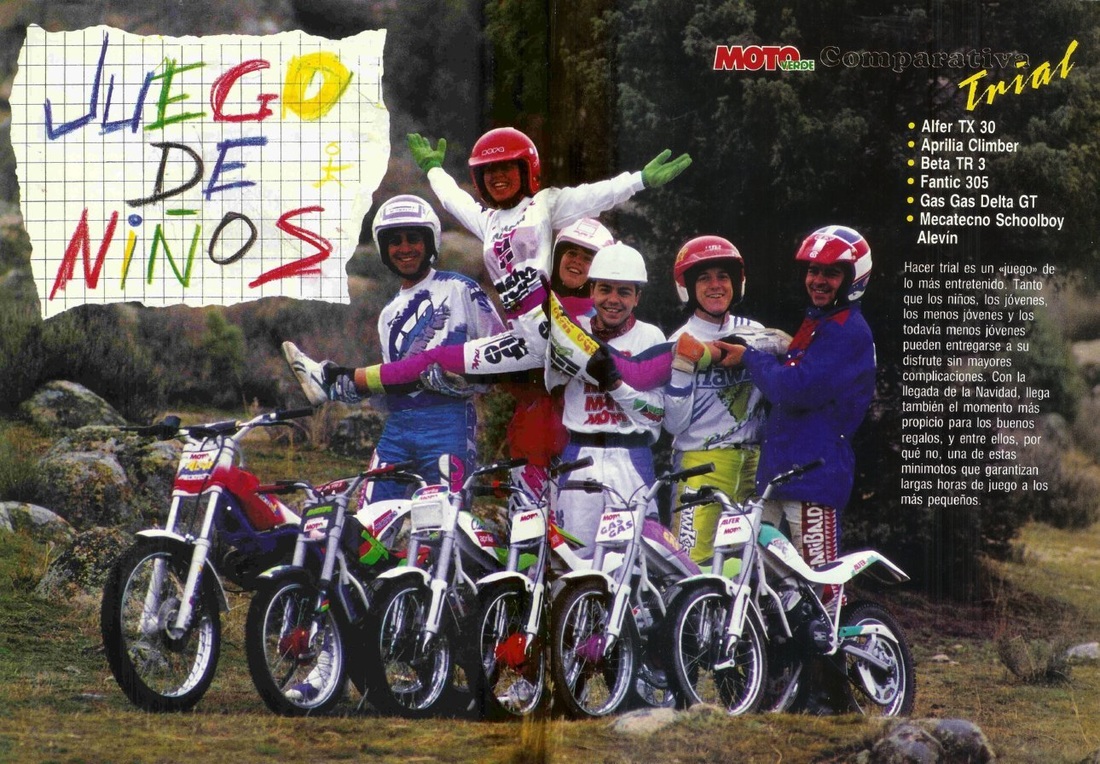 2015 Exclusive Jaime Subira career Interview www.retrotrials.com
The point of testing 4 identical bikes , the similar Beta and the original Mecatecno was what ?
So you could pick your favourite colour . Silly me :)
You are all child victims and robbed of your individuality . Telephone 0800 .........   Where there's pain ....there's a claim lol ;).
I think it is the bike. I think ...I am not totally sure. This one or this one. If it was a 200, it was this one. There are many fans of this bike in Italy. In Italy 80% are Fantic fans. On this 240 this air box is steel where normally plastic.
On the 200 the suspension was made adjustable for us to test. The exhaust is also different. The chassis is slightly different. The headstock is different.

This throttle we make here and sell to everyone. I make them here. It is one of my ideas.

Oh wow. They were fitted to Merlin Gallach’s and had a small paper insert with the signature of Gallach on it.
We use the Minerelli engine. It is similar to the Beta bike. We make 1000 of these bikes in one year and after became popular bikes, mountain bikes and sales go crazy and the moto go down. For the cost of one moto all the family can have cycles.
Now I show you some bikes of mine

Jaime leads us out of the main building, around the corner and towards some large doors. The doors are locked and after some major security precautions they swing open to reveal a huge darkened working room crammed with motorcycles. Moments like this are incredible

What do you think about my bikes?
The Ideal throttle was actually contracted and assembled by Jaime.
This Merlin Ideal throttle had a thin vinyl insert saying "Gallach replica". 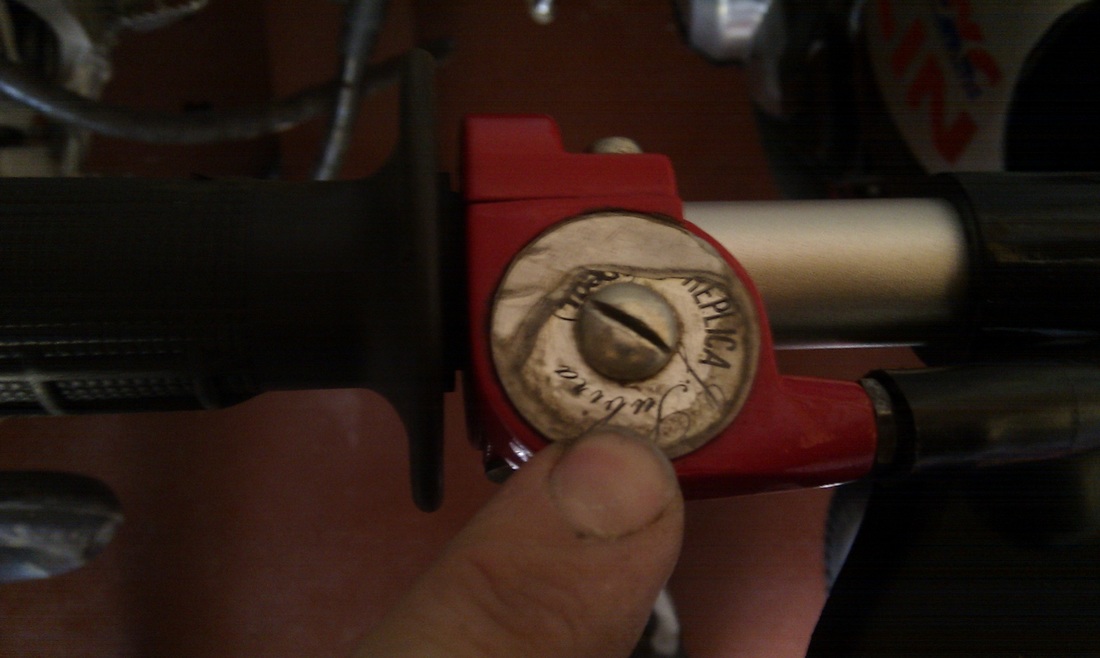 2015 Exclusive Jaime Subira career Interview www.retrotrials.com
Yes, I remember. Also we make replica Subira throttle also ha ha ha. You know, when I arrive Fantic I show them this throttle and they say, it is too expensive and after they go domino and they make in plastic with domino, the same as mine

This is my father’s Vespa. 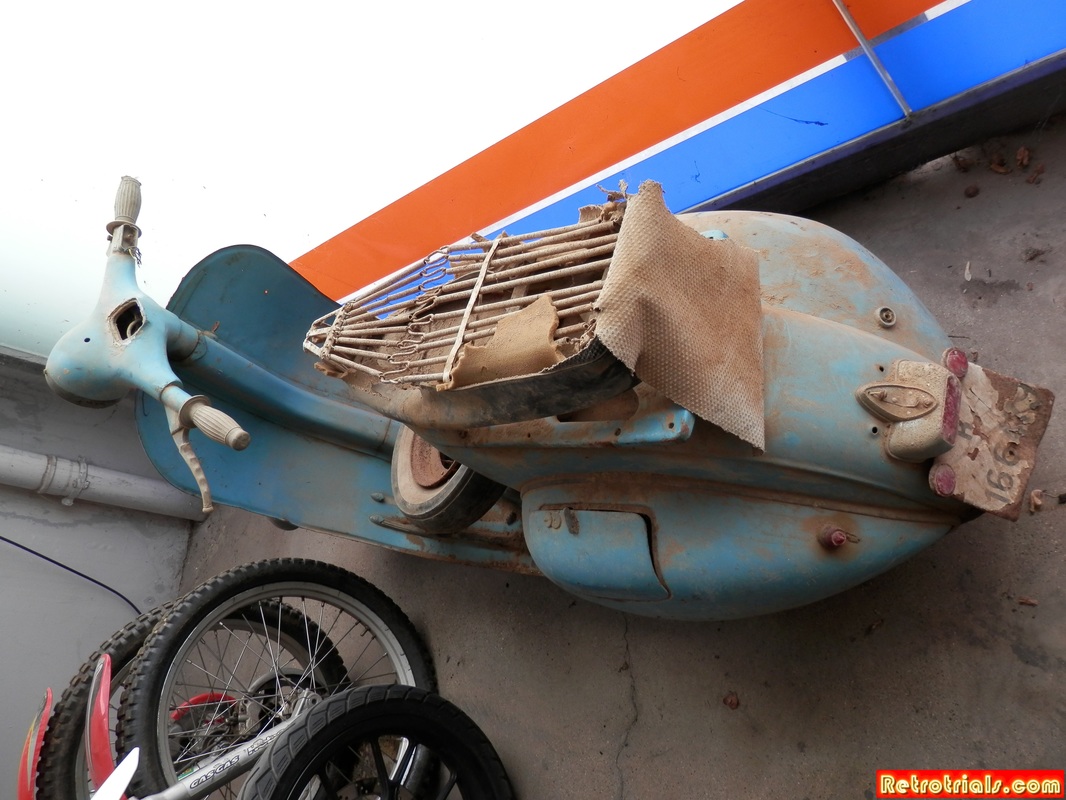 2015 Exclusive Jaime Subira career Interview www.retrotrials.com
There is ONE HELL of a lot to see at Jaime's place. In fact its way to much for this interview
......so shortly it will feature in a jaw dropping report 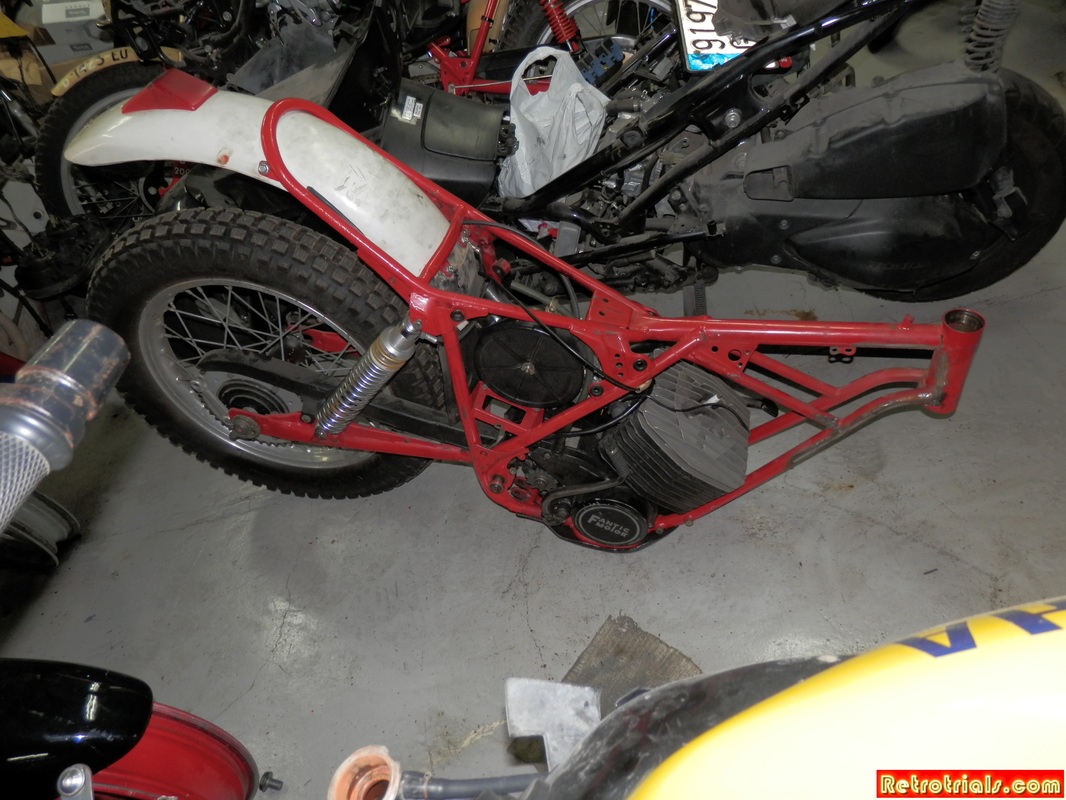