This Derbi is my brother in laws and I rebuilt it for him .This is my brother in laws bike and is the bike his father give to him when he is 17 years old. His first bike. Three years ago he makes 70 years and we reveal to him and he cries. He forget and he don’t know this bike exists and I have myself this bike in one old house
﻿"Christ ....hes got some bikes !" I hear you say . Well this is just the tip of the iceberg.
You just wait until Jaime's bike report comes out :).﻿


That's why Jaime's grinning----because you won't believe your eyes 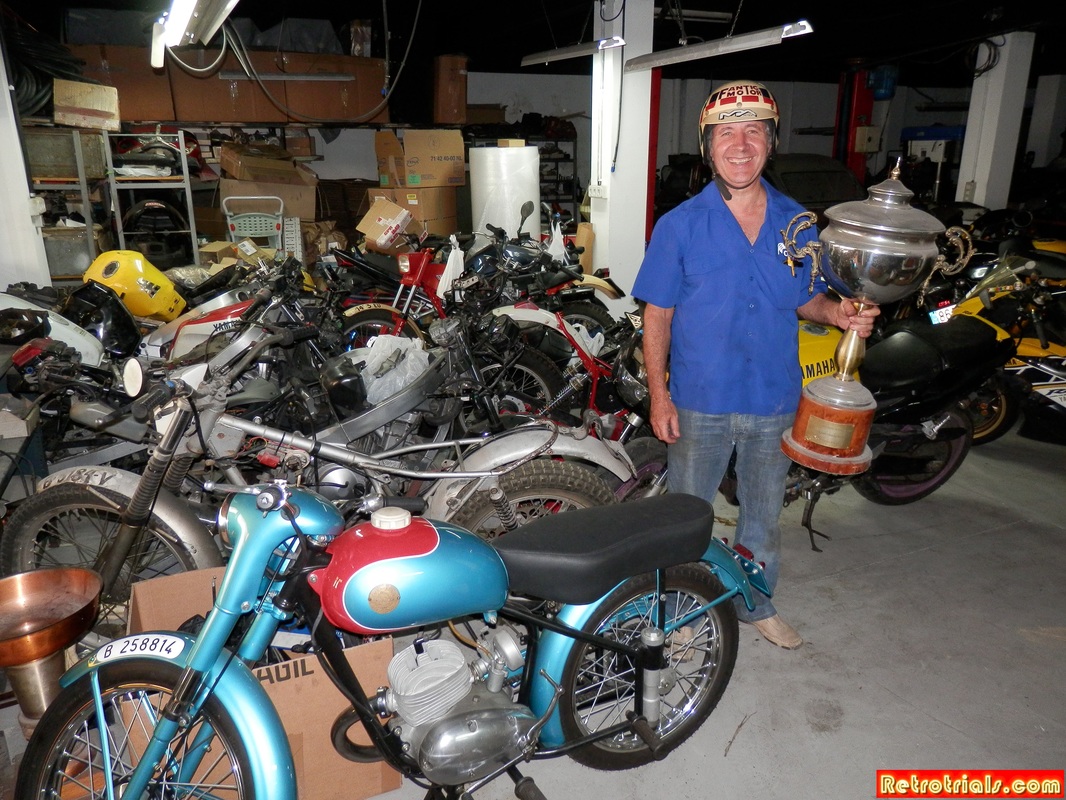 Some of Jaime's trophies and a beautiful Derbi tank badge.
Remember when trophies used to be made of metal ? :) 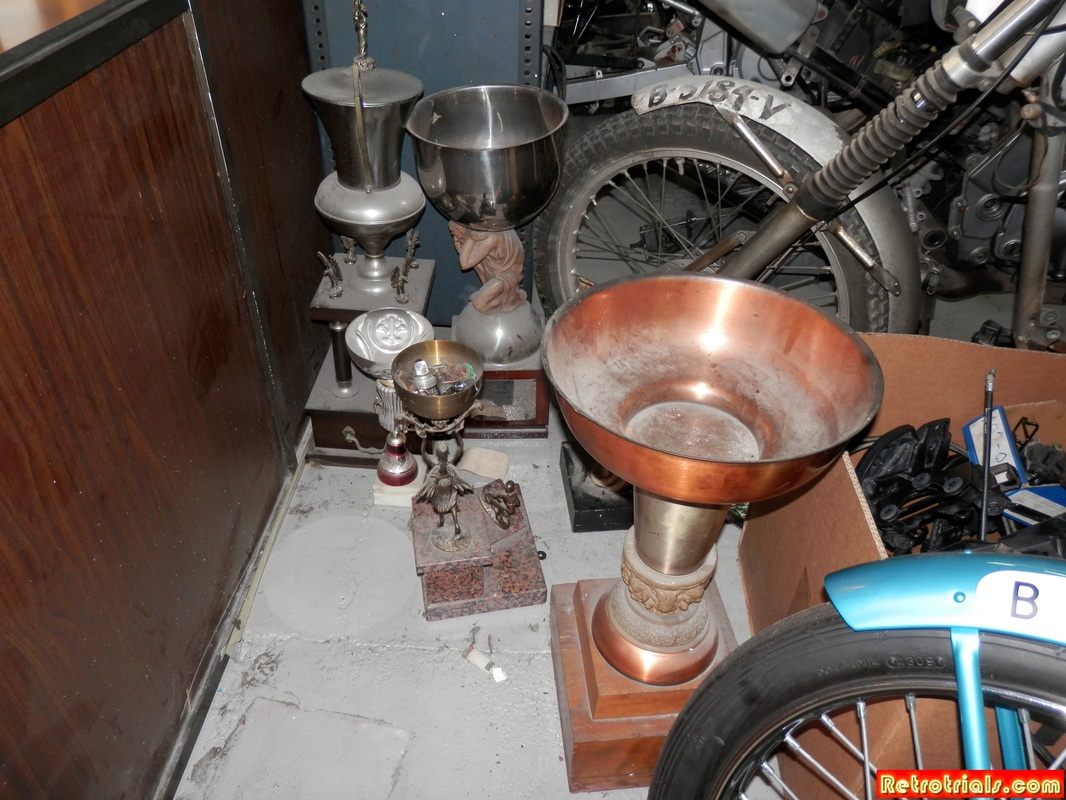 2015 Exclusive Jaime Subira career Interview www.retrotrials.com
Ah the Fantic 305. I had a friend called Jason Well and who had the later Fantic 309. That was so so fast. It had a power band that came in almost like a  moto crosser. 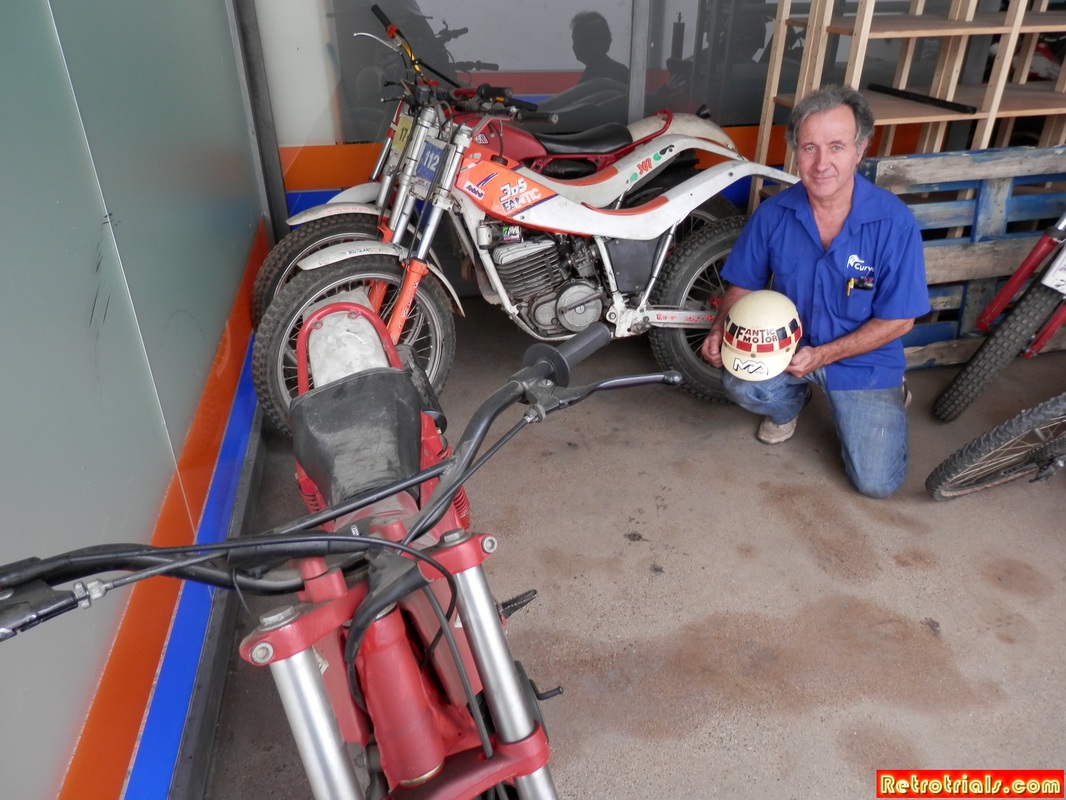 2015 Exclusive Jaime Subira career Interview www.retrotrials.com
I start with this firestone tyre when I first ride trials. Not easy to ride in mud with this tyre ha ha

Yes, much power. Not good for trials. Better this other bike.