A detailed interview with Oriol Puig Bulto + full access to his photo gallery and Trial records.
But at the road racing in Madrid when they were making a list of the potential foreign riders for the race, the organisers saw the Racer from Gibraltar called Juan .But they said that Juan Gracia  didn't sound foreign and they wanted foreign entries. They told him you will be John Grace and from that day onwards his name was John Grace and he signed and entered everywhere as John Grace.

But why would he have a Spanish name on his passport if he was an English Man ?

Because he was from Gibraltar and English many people there have Spanish names. Ahhhh.
This is me at Rowland park motocross park at Ipswich with Barry Sheene and his wife Margaret Sheene. This is his father Frank working on the Bultaco. Barry is knelt to the right of me and you can just see his arm. 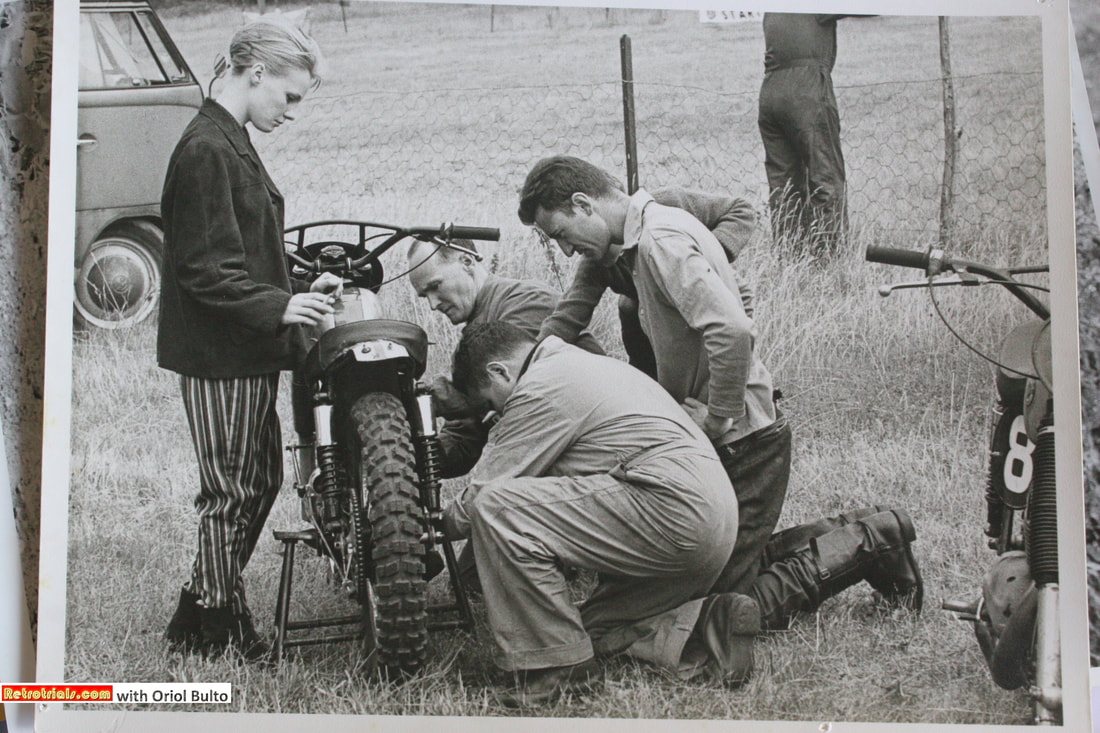 A detailed interview with Oriol Puig Bulto www.retrotrials.com
This was typical of the time ,and so he has two names . Then when we had explained to John at the meal about our big Journey to Garmisch he told El Jefe  (chief) who was Paco.  He said "Paco it cannot be right  that these boys were  spending their money travelling all the way to Garmisch and if they win the famous Gold medals.It would be an incredible achievement.  Ossa and Sanglas had tried many times but it had not been possible for them to achieve the famous Gold medal as they had obtained only silver or bronze. 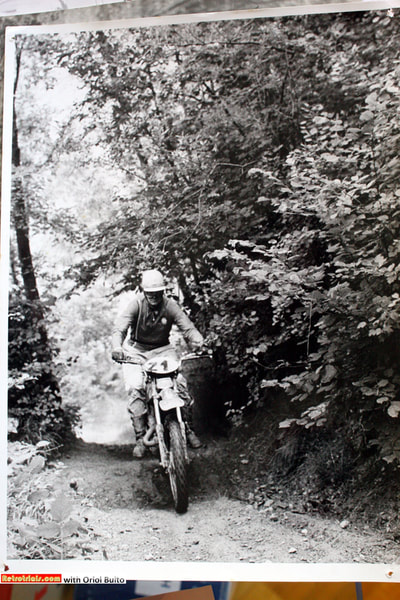 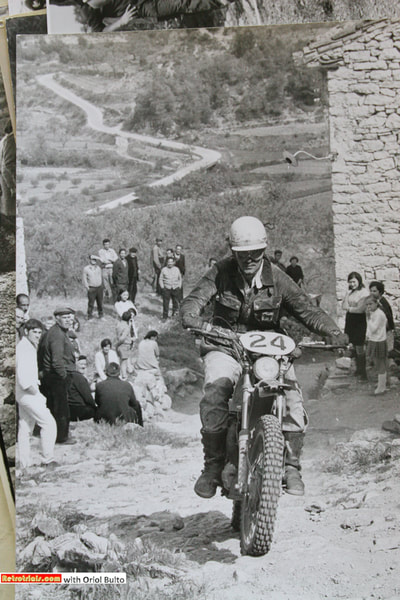 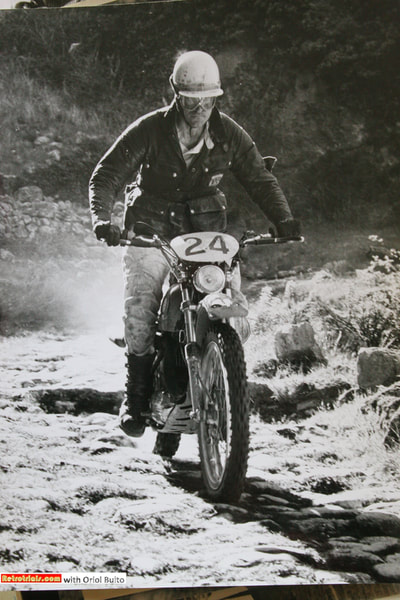 Then if they win the Gold medal then Bultaco could make the publicity and that is not correct. Then after hearing this, Paco said if you make the gold medal the company will pay your expenses fully. If you get silver medal with company will pay 50% of your expenses . If you get a bronze medal the Company will pay 25% of your expenses. Maybe this was the reason why we were the first two Spanish riders to get the Gold medals in 1962 ha ha . From here we developed the Matador and the Frontera later on and of course it was linked, because from motocross we went to Enduro and then 1962 after the 6 days in September we became interested in trials with my cousin Juan Soler who is the father of Manuel Soler who is four time Spanish trials champion.
Here i am sharing a joke with Juan Soler Bultó . I cannot recognize the third person in the photo on the left. 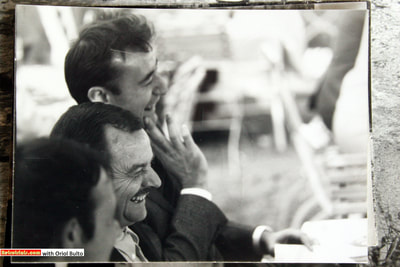 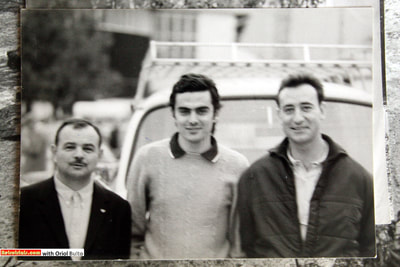