Mario Borràs made the swinging arm of the yellow.  He made two, one for Gorgot and one for me, but it was aluminum and broke into pieces. We had to reinforce it. The aluminum broke.
These photos are from the first Spanish indoor trials. I think they were in Mollet del valles .
Then I rode with the red one but it was a disaster, the bike was manteined at the factory, but it was not the same like Paxau. 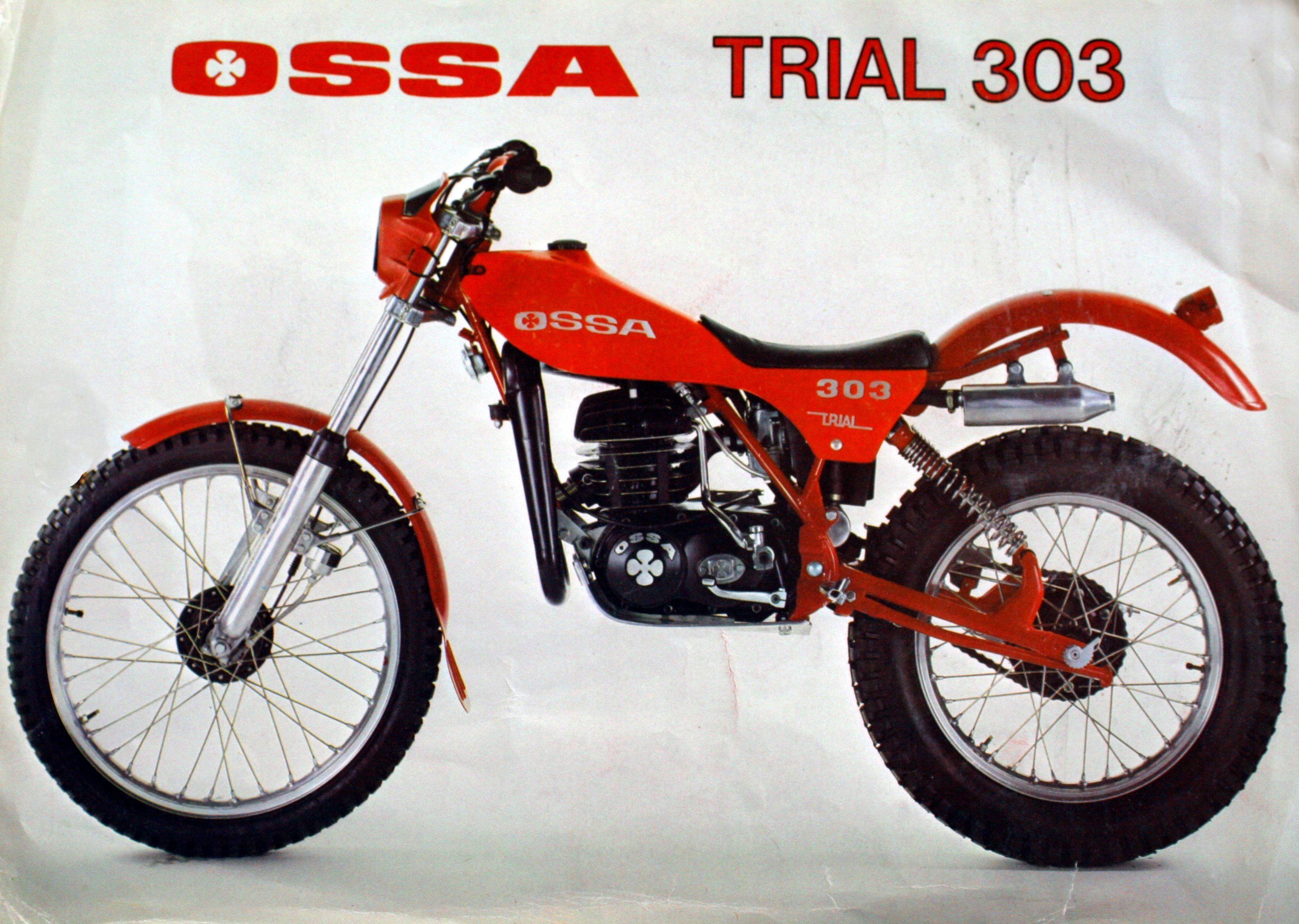 Exclusive Interview with ossa factory rider Albert Juvanteny
I had a contract as a rider with OSSA. Mrs ‘Vorgarello’ (from Torino) the Italian importer,  told to my wife (his wife and mine got on well), they said to us ‘come and stay with us for a week’ we had a good relationship with them.  Then one day Mrs Vorgarello asked me to go to a meeting with the factory, she wanted to buy OSSA, they had money and had boat shops on the coast. 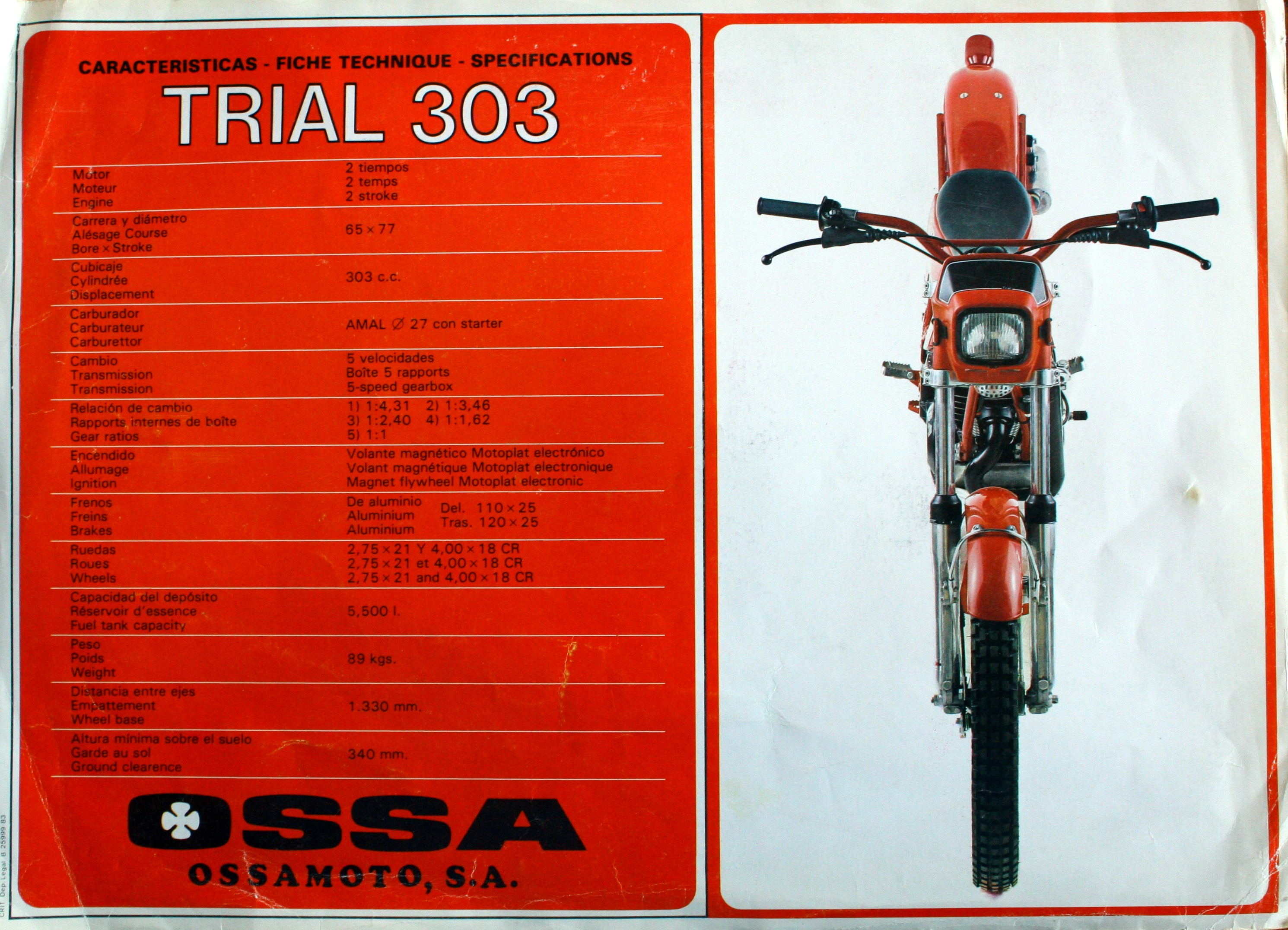 Exclusive Interview with ossa factory rider Albert Juvanteny
They wanted to know what I thought about the factory and the structural changes that it underwent.  I told them, that it was going down hill, lots of the top people hads left and they were substituted by people with a lower ranking, and the cracks were showing and becoming decadent, people on the production line started to smoke cigars and probably drank wine as well.

​I was told that Kawasaki had been in touch with OSSA, when they realised that they a workforce of 400 people at the factory, they ceased contact.  The factory was in complete disarray. I only carried on because I was being paid.  After Paxau, I could not gel with the way the factory operated – it did not work. ​Then at that point at my age it was very difficult to bounce back professionally. If I would have found someone to connect with professionaly, it might have been different, you need someone that gives you 100% support and confidence.

What happened with ‘The Domino’ the last one that was made in the factory? They say that it’s in England.  I don’t really know it was a horrible thing.  Payà has the little one on exhibition, the 74 red.  I didn’t know about that. OSSA was towards the end, I was riding the red one and I was not paid and I became disinterested. It was ever so heavy and it burnt you! And the rear brake did not work well. Anways was greased!!
In this photo i am with fellow Ossa pilot Salva Garcia. He was later the back packer for Jordi Tarres. 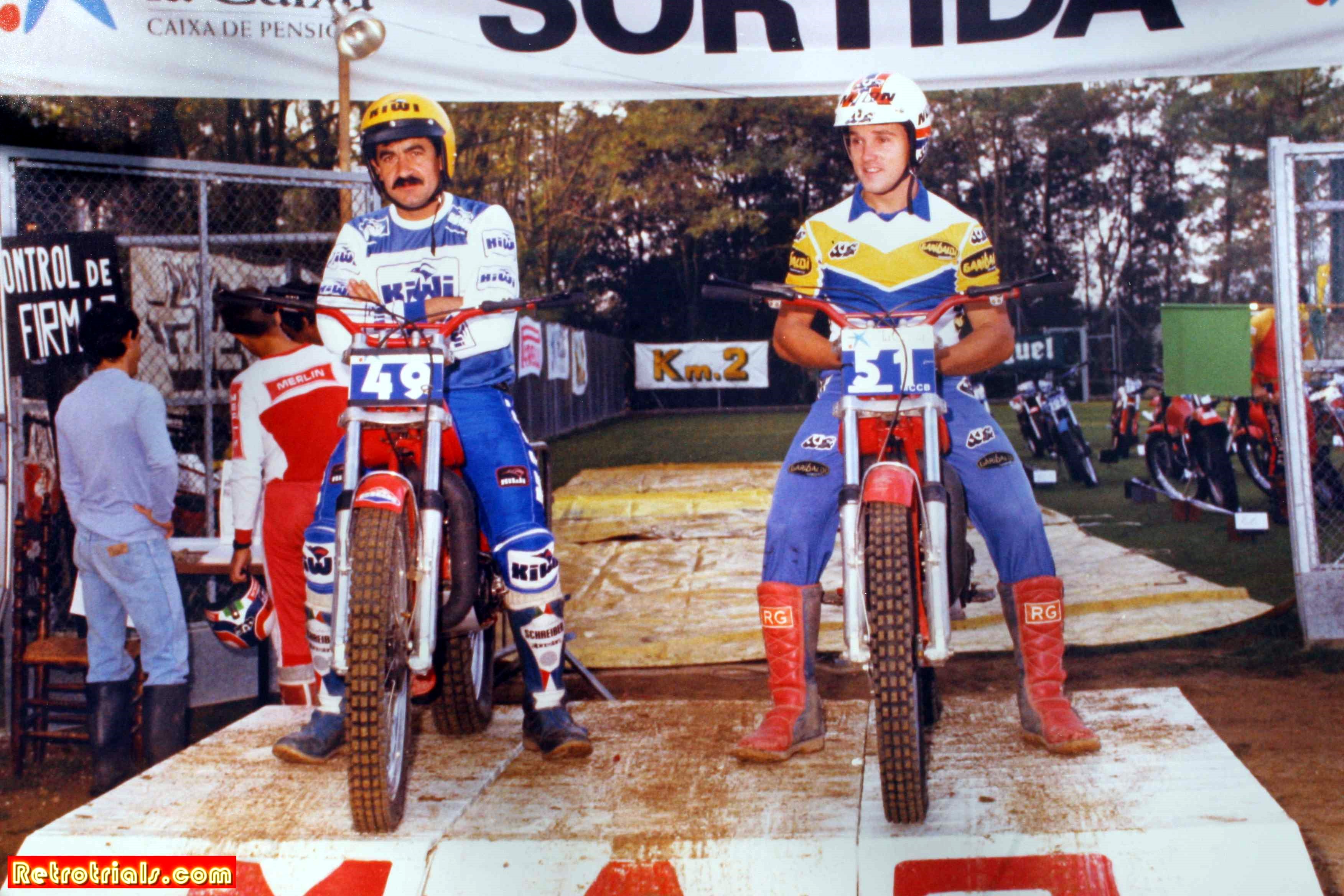 Exclusive Interview with ossa factory rider Albert Juvanteny
Because of the problems with the Ossa  i stopped wth them in the middle of the 1983 season and I ended the season with Mecatecno.I had a little experience with Mecatecno. My Mecatecno when I raced I didn’t keep it in here.  My Mecatecno was kept in the factory.  I rode for a very short time, just shy of a year!  I did not collaborate with Mecatecno, I was only a rider, I only had one bike, the bike that you can see on this magazine!.Mecatecno give me one bike, the travels and the trials.

The relationship started because Jordi knew that Ossa had problems and did not pay me, so he told me if I went with them he gave me a bike and pay me a salary. So I decided to go until the end of season. 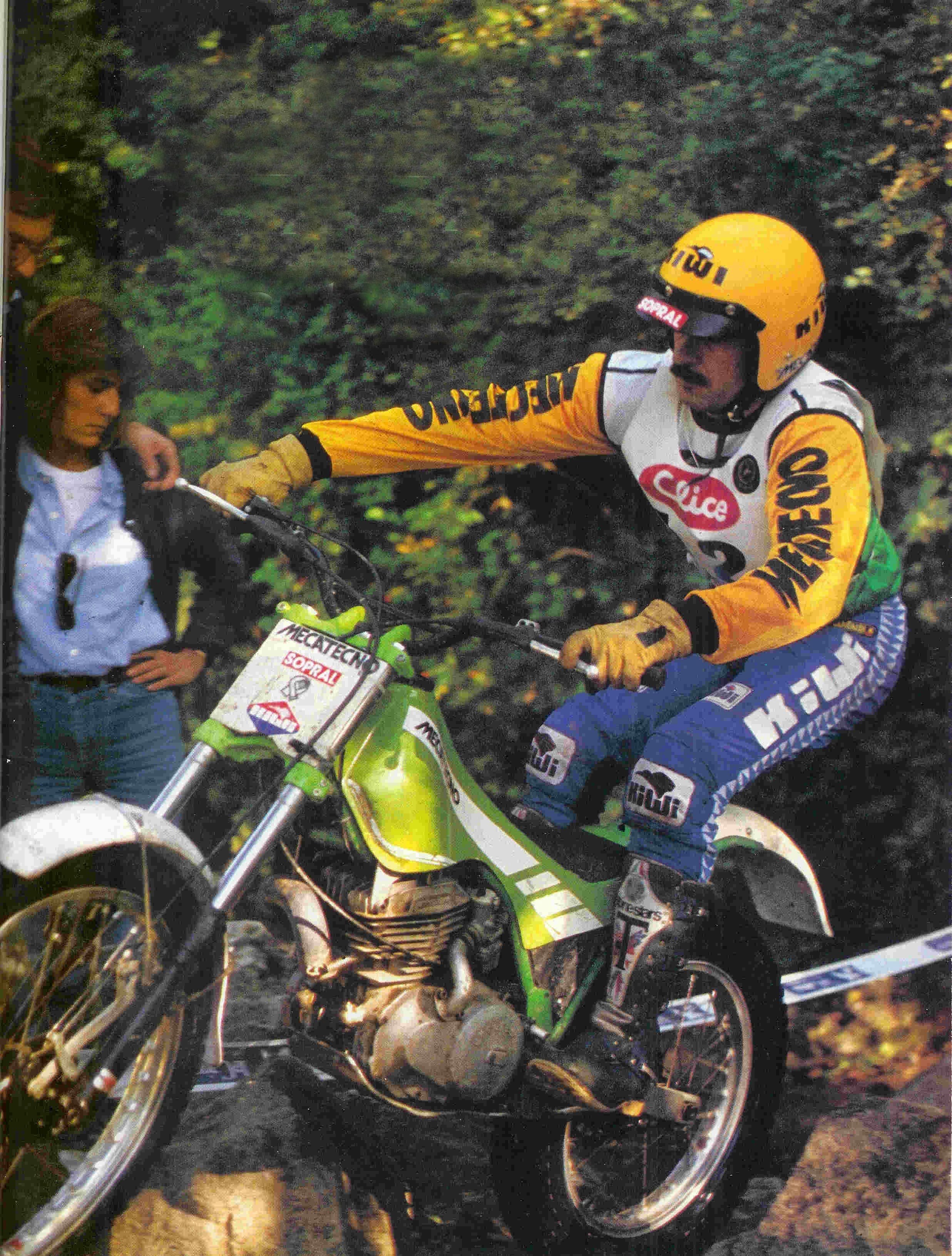