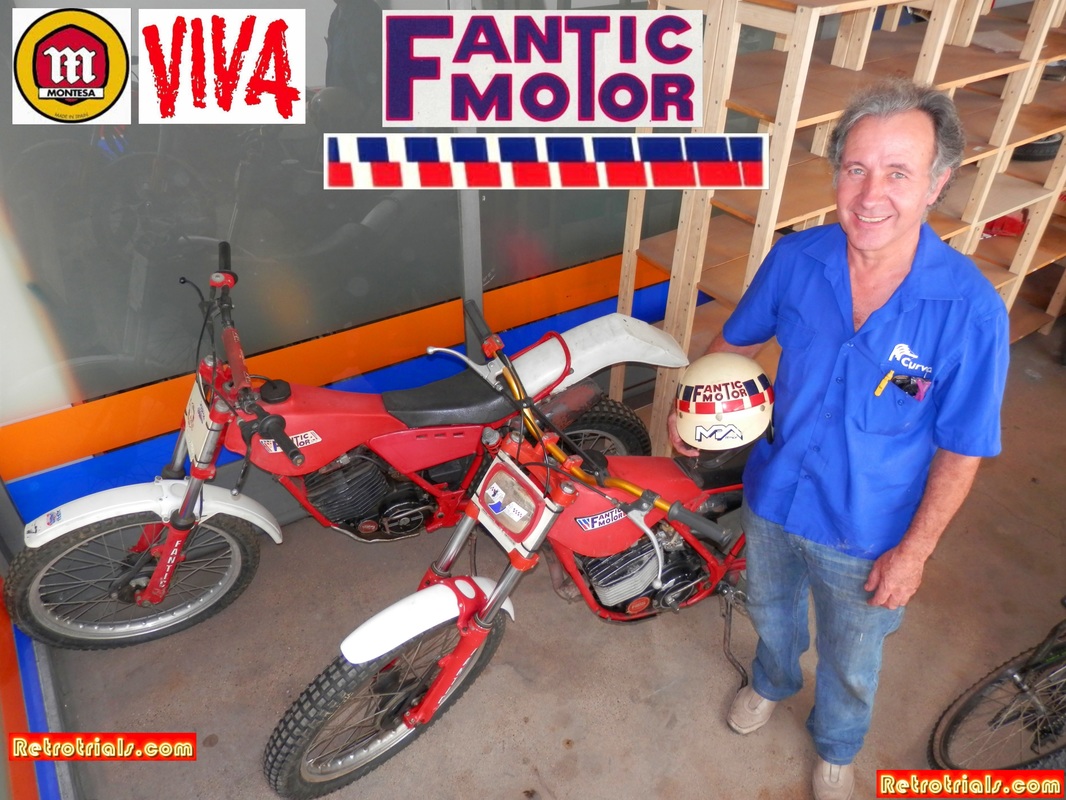 2015 Exclusive Jaime Subira career Interview www.retrotrials.com
Like every part of life, many people look back at the old days with a warm feeling. Life was more simple then. Now the bikes are very complicated. The Ossa is an excellent bike but it is complicated and you need a man with a computer to make any changes.
Last week came a journalist to me and he ask me what I think about the rules, the trial rules for the World Championship.
I say it is very difficult for the FIM to make the rules but this is his job and there have to be rules. When you change one rule in formula one, in moto GP or in football everywhere nobody like. The players or riders no like to change because they no know what they have so they no like to change.
Thank you to Matt Liberatore for the next group of 3 photos
Formula one change a lot of rules and I think in trials they have to change a lot of rules because if they start to make higher and higher and higher sections, every time they are further from the start and the beginning of learning. That is not good. For example at the time Senna have the accident with Formula one if they don’t change the rules maybe the cars now travel 500km per hour. That is impossible so rules must be there. 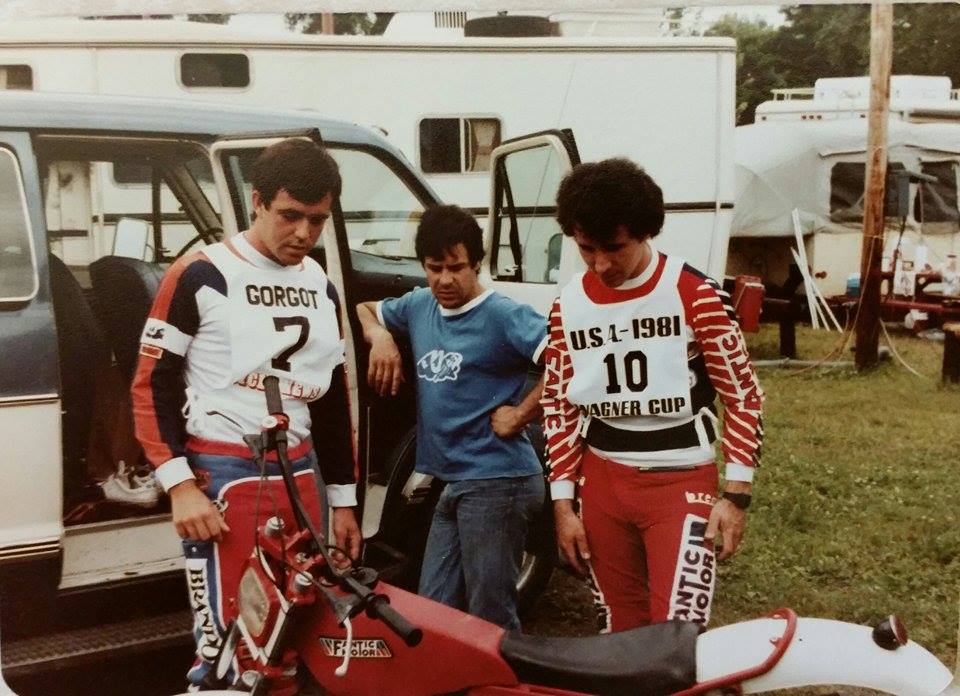 2015 Exclusive Jaime Subira career Interview www.retrotrials.com
This time the riders are not happy to change the rules but now they are more happy. I think in trials the riders no like to do the no stop because they no do this for so many years. Now they practice many time and now they know how to do this kind of trial. But I think this is not the best for the World of trial. Rules must be there to make to stop the distance from the beginning to the top. Maybe the bikes have to be 200kg, I don’t know and after you don’t need to ride up 5 meter step to make difference between one ride and the other. I think the FIM have to think about that because the problem is that there are only 4 riders have one to pay for the minders because they need 2 or 3 minders one mechanic. That makes expensive, expensive, expensive. The people who are behind him never arrive at this level and this is no good. When these 4 riders finish trial is finished.

When you ride the World Championship I could have got through some of the sections, but now no chance.
Yes this is what I mean, maybe you could have entered. You would have had a tough time but you no hurt yourself a lot ha ha ha. Now is impossible.  This is the difference between the trials today and some years ago.

You ride the Valmalenco trial in 1980 and there is a wonderful video where you are shown as the example of how to ride the big step on the side of the grassy hill. Was this a Fantic video?

It was a good advert for Fantic
You'll have seen the 2 short videos on the previous pages and so you'll know ...where others failed Jaime succeeded.
Boni Geelelen rides the difficult tyre section and Jaime rides the log 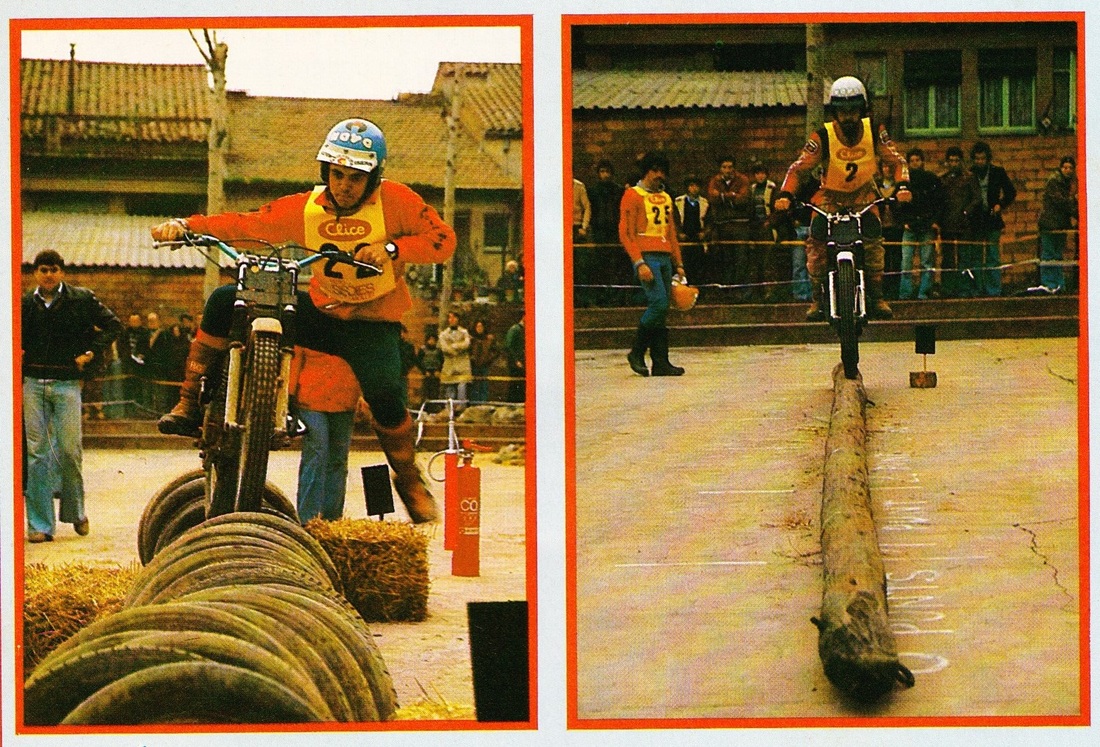 2015 Exclusive Jaime Subira career Interview www.retrotrials.com
What was your favorite country to ride in?

The worst for me was Belgium. For me I don’t like this type of sections. It is very slippery and the mud goes in the tyre and sticks there. In Italy is very nice trials, in France and England also.

In Italy you must have incredible support from the spectators?

Yes, in Italy with me and Fantic are incredible. The Italian people were always very nice to me


What was the highlight of your career?

In Spain I finish 2nd in one trial of the World Championship. In Switzerland I ride very nice trial and it was a very nice place in a skiing area and in the first 2 laps I was in front. On the 3rd lap near to the end I had only one group with 3 sections to finish the trial and I win this trial. Just before I arrive there it was an open hill and very green and everything was in flower and slips my bike and hit a tree and hurt myself. I lose all of my power and I get 5, 5, 5, 5 ha ha. This trial was horrible. In the United States in Watkins Glenn also happens something like this. Everyone thinks I am going to win. In the last 2 sections I break my chain and everyone help me. It’s incredible. They are very kind people but after I am nervous and arrive then late for the time. So 2 or 3 times I am near to win but it no happen.

Did you get very nervous at the trial?

No, no because I think if you get nervous you are lost. I think one of the most important things is to control yourself and you breathing and your emotions.  If you cannot control your emotions you cannot do trials. Always to say the same “To be concentrated in one motocross race is not very difficult because you have no time to think, you have just reaction. The problem with trials is that you have a lot of time to think so if you make a 5 in one section to change your mentality  your first fiasco you say today is not my day because in easy section if you get one five today you are finished. If you think like that you are finished so you have to change your mentality and say ok I do five, everybody can do this. Maybe I get one back here and one there. I can win still this trial and after you fight to win still. After I leave trials I do minder for Pasquet and I try very hard to make him understand that and it’s very difficult for a rider. For me it is the most difficult thing for a trial rider. I remember one trial in Portugal he make very stupid five and he gets angry and I say to him “ok , we finish here and we go home. If you think today you are finished we can go my home now. You must think in front, think in front”. When he finished the trial he won this trial and when we go from the last section to the start to the end I say Jordi, before I demonstrate to you I cannot see you angry again in trials ha ha ha. You need this moment to make him understand and this is the most difficult things in trials
Jaime Subira during the 1981 Scottish Six Days Trial at Cameron hill. Thanks to Iain Lawrie for this photo 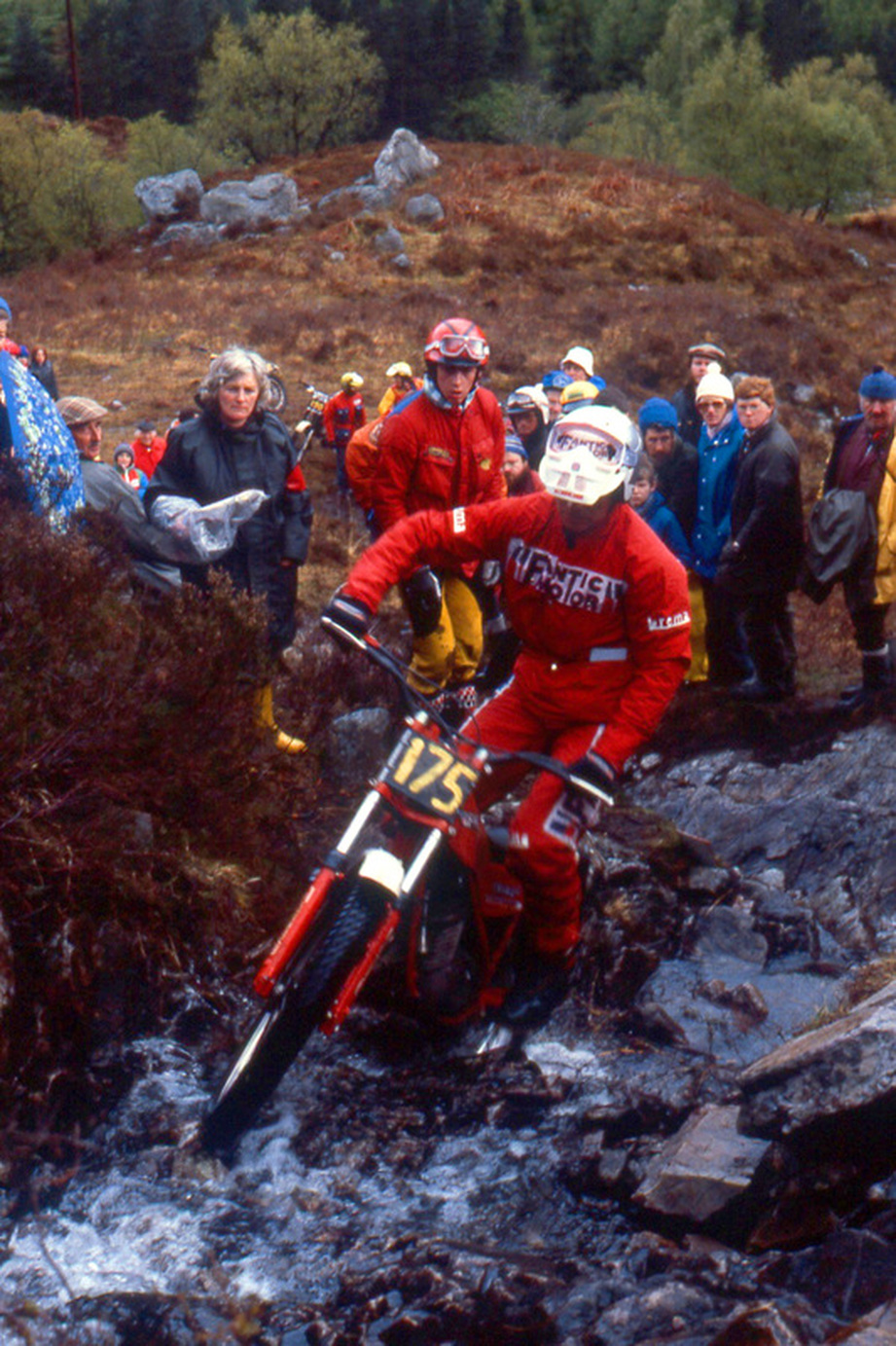