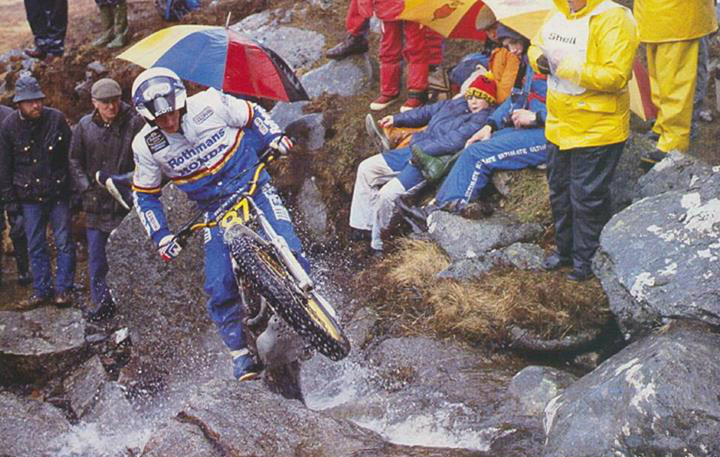 STEVE SAUNDERS INTERVIEW WWW.RETROTRIALS.COM
Did you have the options to make major changes?

Yes, anything you want. They were making a bike to fit you.

Did you make any changes at this point?

It was generally the action of everything. The way the clutch works and the way the engine works and how the power comes in, you make those changes then. You couldn’t tell a Japanese engineer to take that off and put that on. You’d never tell a Japanese engineer to do that. You couldn’t tell a Japanese engineer what you were looking for was this and give a graph of how you wanted things. They were incredibly precise engineers. Everything you were talking about they already had a graph for it. If you talk about the progression of the suspension or the way the engine comes in or the way the engine shuts off or the way the clutch works, any of it. They already have a module to work from. We would point to a graph and say I don’t want that jump”. There’s a spike in the graph” get rid of that spike” or “put a spike in “, at that point I want it to go. It’s incredible you never had to start a graph yourself they already had one, a graph would arrive.
Did you make any frame changes at that point?

No, those changes came later on but we had several, 9 different footrests in slightly different position. Up down, forwards, back, standard. There were oodles of these foot rest positions. We had collets for the forks as well, so we could change with 2.5 degree angle the fork angle. You could change this on the headstock. The steering head bearings were very small on the factory bikes and you were putting in different off sets. 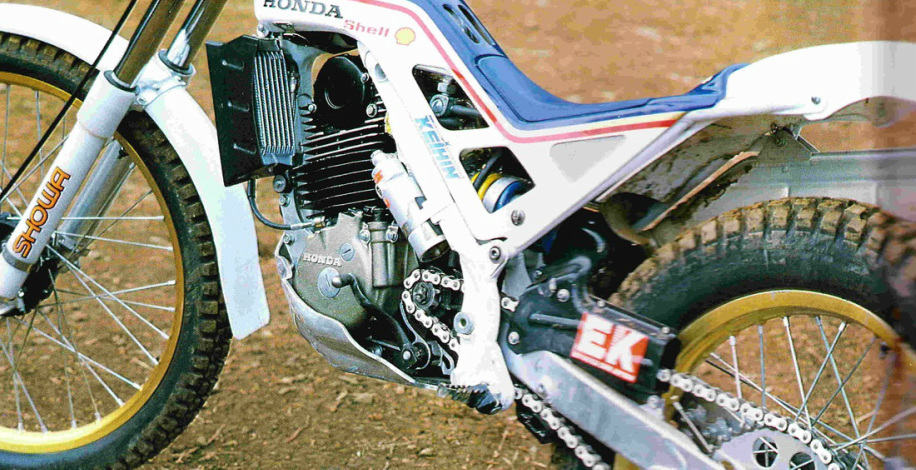 STEVE SAUNDERS INTERVIEW WWW.RETROTRIALS.COM
Why separate mechanics for you and Eddy?

It’s just the way you work, you have your own team. You never had a team meeting with both riders. You would have a meeting, you would go in and them come out and then Eddy would go in and come out, vica versus.

Did you feel as though you were in a different team from Eddy?

No, I feel as though I was in the Rothmans Honda hrc team. I had the power to decide what was going on within my sector of that team. 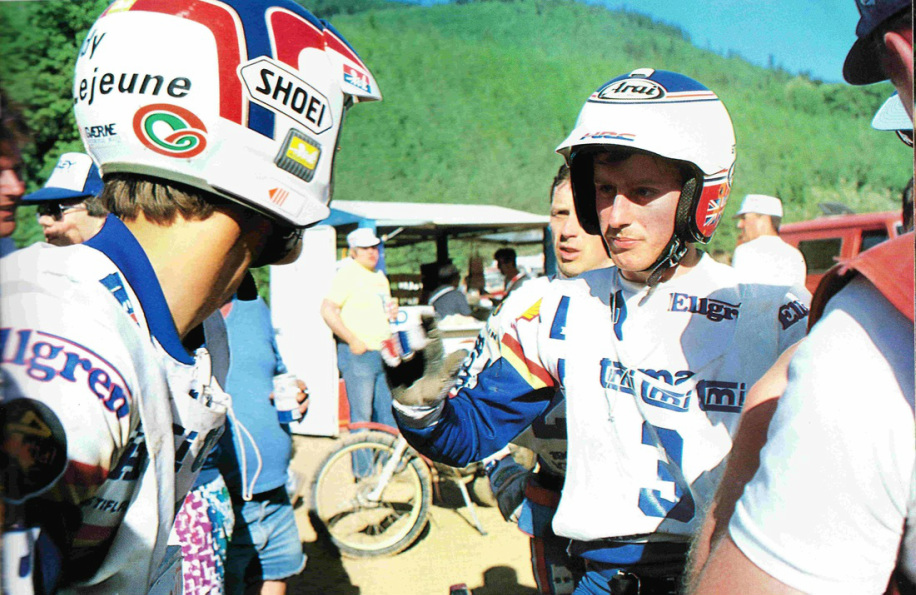 STEVE SAUNDERS INTERVIEW WWW.RETROTRIALS.COM
How was your engine set up different?

Well, Eddy liked a big throbbing engine really and I liked a much more lively revving engine. We had different cams and exhausts.

What was special about that bike?

Can you approximate the weight?

What cc was it?

STEVE SAUNDERS INTERVIEW WWW.RETROTRIALS.COM
How many times visit factory? How did the Aria helmet deal come along?

That was down to the Aria importer in this country and then I had initial contact with him and then again when I was out there at Honda I went to the Arai factory and got properly measured.
What was it like working with Eddy?

In 1985, I was nothing to do with the team. In 1986 I became part of the Rothmans honda hrc team. Eddy was the Lejeune family. Eddy was never Eddy, he was always the Lejeune family. They were and I’m sure still are very close. Everything they did to maximise their team effort they never did anything below the belt. They knew what they wanted. They were a clever family and I think they were clued up. I do think I made it into the Lejeune’s. They did take me in, where others didn’t. Sarah Saunders comes in and says “you were very close to them, we used to spend evenings with them as well when we were away and spend loads of times with them”. 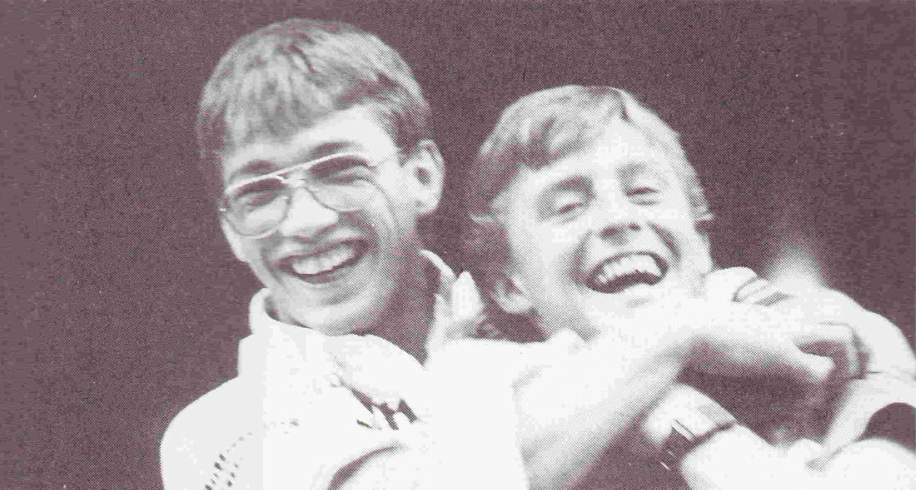 STEVE SAUNDERS INTERVIEW WWW.RETROTRIALS.COM
I’ve got a hell of a lot of time for Eddy.