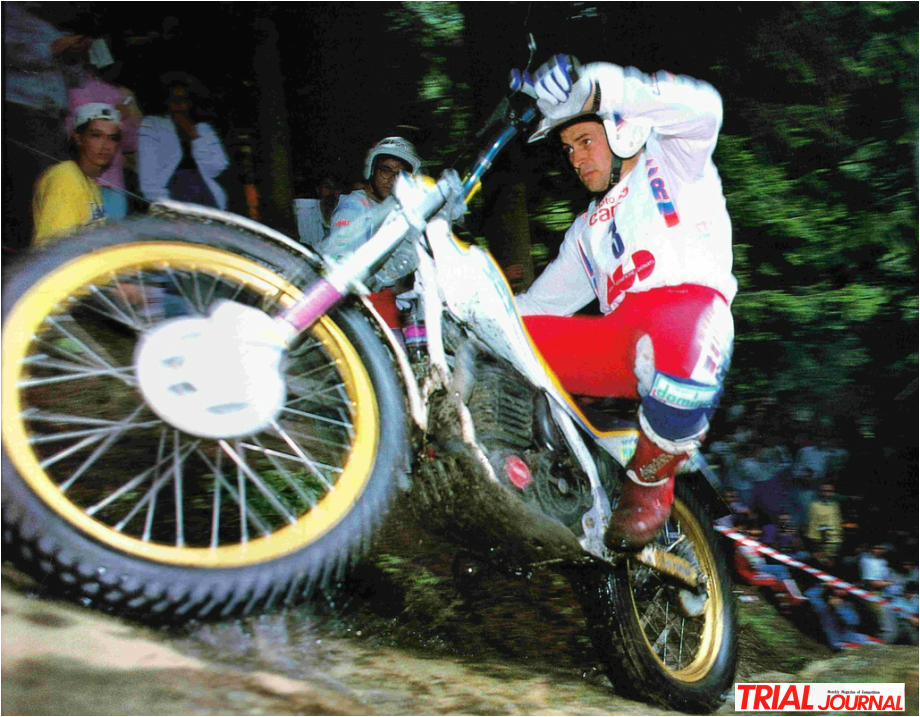 2014 Thierry Michaud interview www.retrotrials.com 2014 Thierry Michaud interview www.retrotrials.com photo Trials Journal
I think that the rider that takes this would be Jordi Tarres. He was not the first to do this but it was the rider who did this so easy and everywhere.
You know the story of the trial at this time ? Eddy Lejeune has been the best.
In chronological order, Bernie Schrieber has been the first rider to make a kind of wheelie with the front wheel and use the little wheelie to turn shorter than normal. I don’t know what the name of this in English.
In between bowing and lofting my cap in the presence of royalty, I genuinely put Eddy up to this photo. As legends go, he's quite a normal guy and not exhibitionist at all :).
After Eddy Lejeune has been the first rider to go back in one section because he had a very good clutch and this clutch allowed you to pull on the clutch hand go back. This was the first time in the story of trial sport when the riders go back …and it was incredible.
After ….me 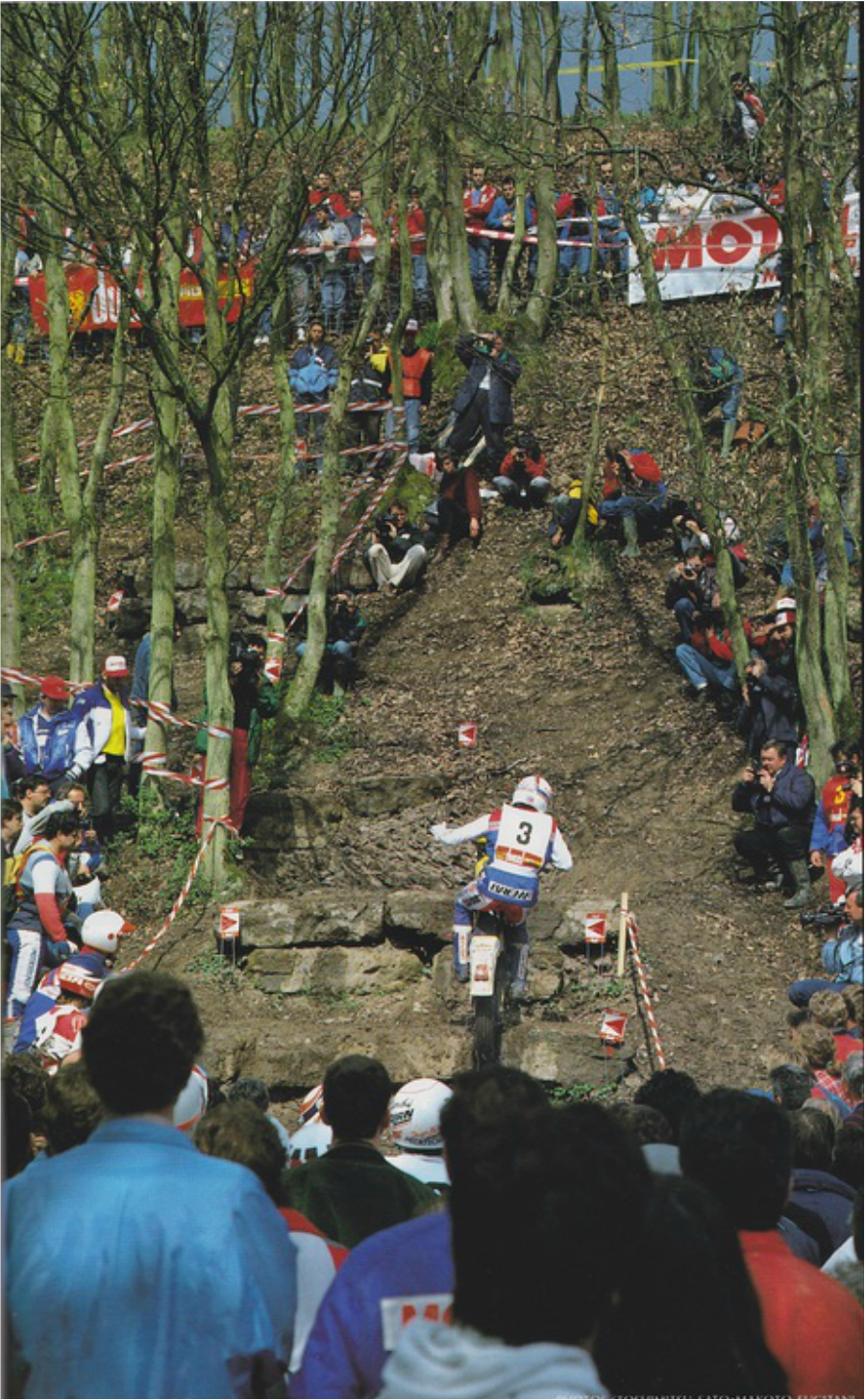