After Jordi Tarres has become the rider who has been famous for the jumping the front wheel and turning in a very tricky situation. 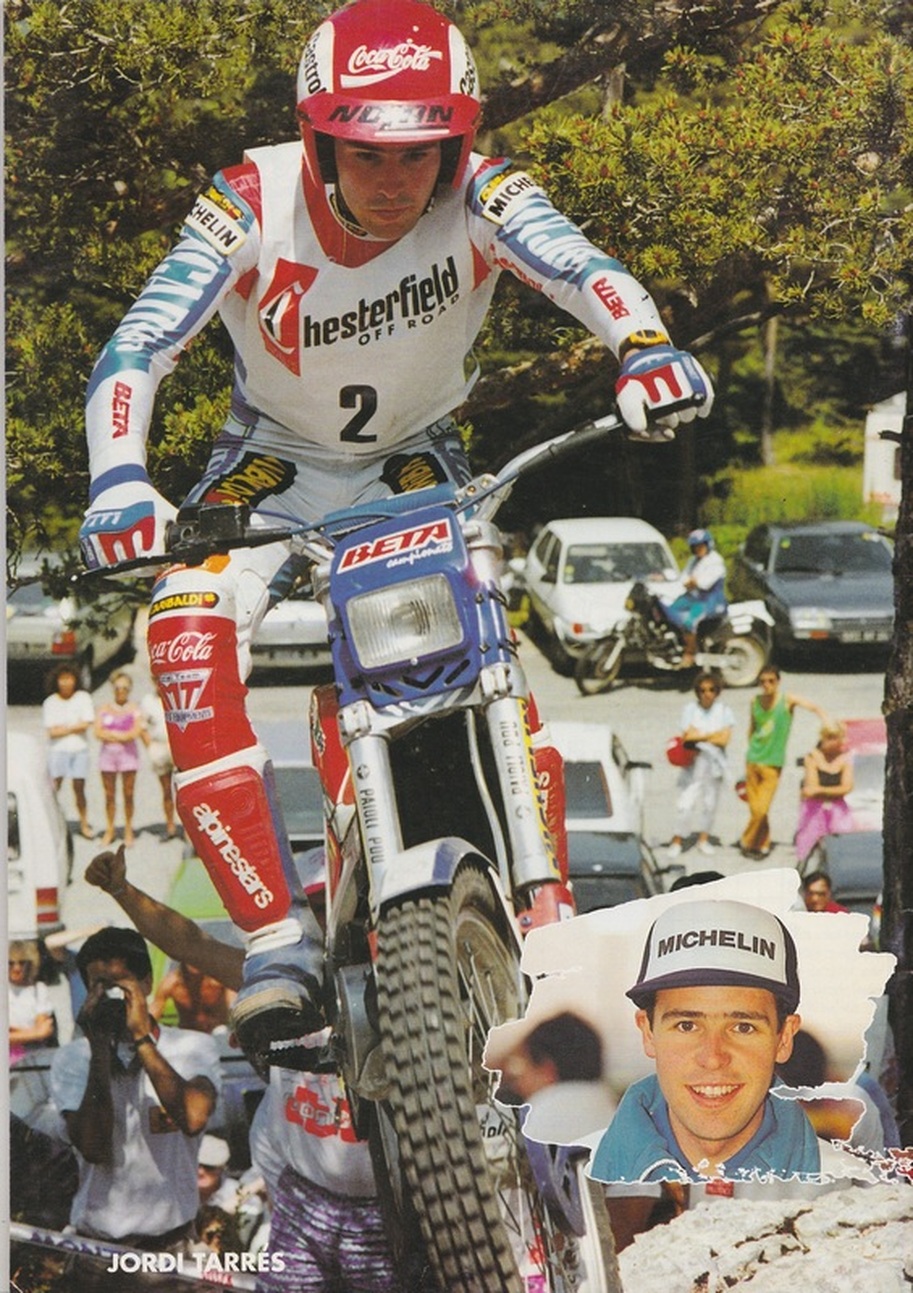 2014 Thierry Michaud interview www.retrotrials.com photo Solo Moto
In the story of trial in the 80’s this has been the great modifications of the style of the trial.

In your opinion, why did SWM go bad ?

I think it is because they spend a lot of time and money on the scooters. You know they decide to spend and to make a big investment on the scooter and the scooter did not go to well. I think this was a wrong financial decision as I remember but it was not from the trial situation for sure.

Why did you chose Fantic after SWM ?

It is because I had a some problems to be paid by SWM. In fact it was three great riders who might have led to this. Bernie Schrieber for the World Championship and me also for the World Championship and the French market and also Daniell Gazeeeelio for the Italian Championship and it was very importan  for the Italian factory to have a good Italian rider and we think that they cannot keep three great riders because it is costing a lot of money.
They informed us that they probably can only keep one or two riders maximum and I think that they would decide to keep an Italian rider because it was very important for them and also only the one World rider and it was Bernie Schrieber or me. At this time I have been contacted by Fantic because Fantic know the situation.

What were the main working differences between SWM and Fantic ?

The big difference was the big boss.

﻿At the end of this interview I will place a link to the interview I have with Dr Agrati. It's very interesting.﻿