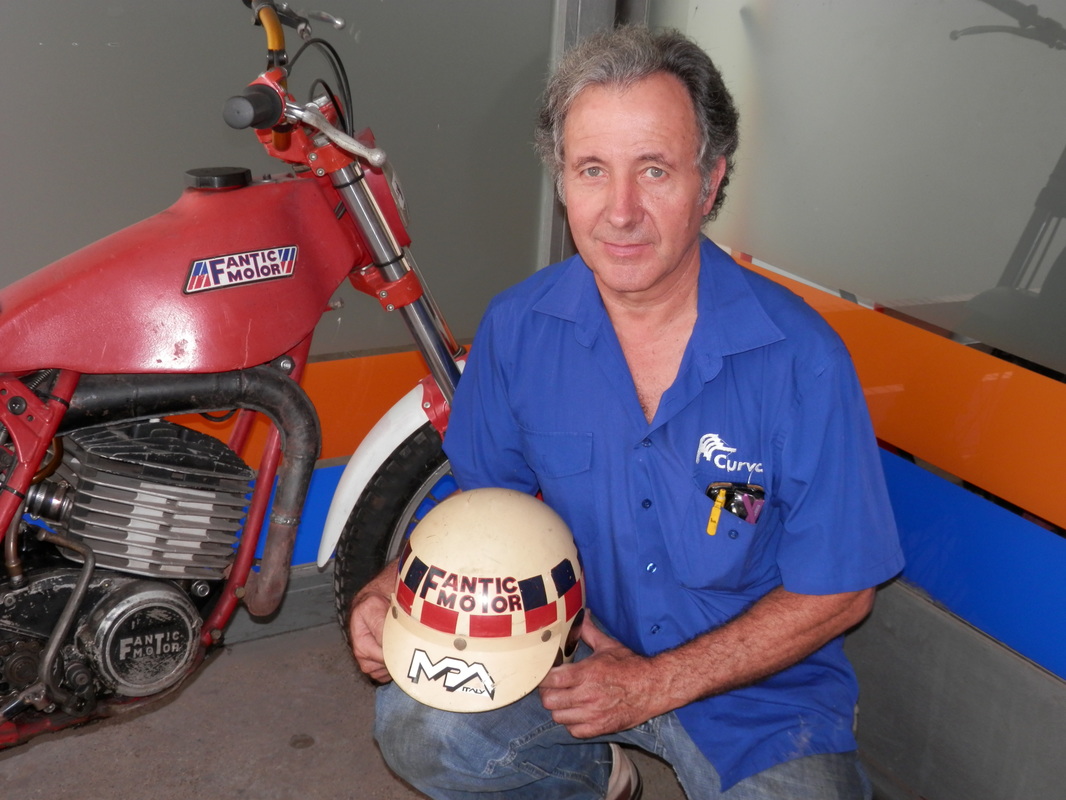 2015 Exclusive Jaime Subira career Interview www.retrotrials.com
The Fantic 240 is a hugely popular bike however looking at the Fantic now is the real thing that you think now we should have done that? For instance many many riders cut the headstock off and tighten cup the steering angle.
Yes, many years ago the sections were straight and many were in a river like the Scottish Six Days. In this type of section you need the front suspension a little more angled. Now most of the sections we do at this moment are turn and turn and turn and turn so you need a different angle because the sections are different. If you go to the Scottish Six Days Trial, sure it is better to go with the standard ha ah. The trial now in normal small clubs are always the same. Turn turn turn and then some step and it’s better with different angle.

What level of assembly did Fantic do with the engines? 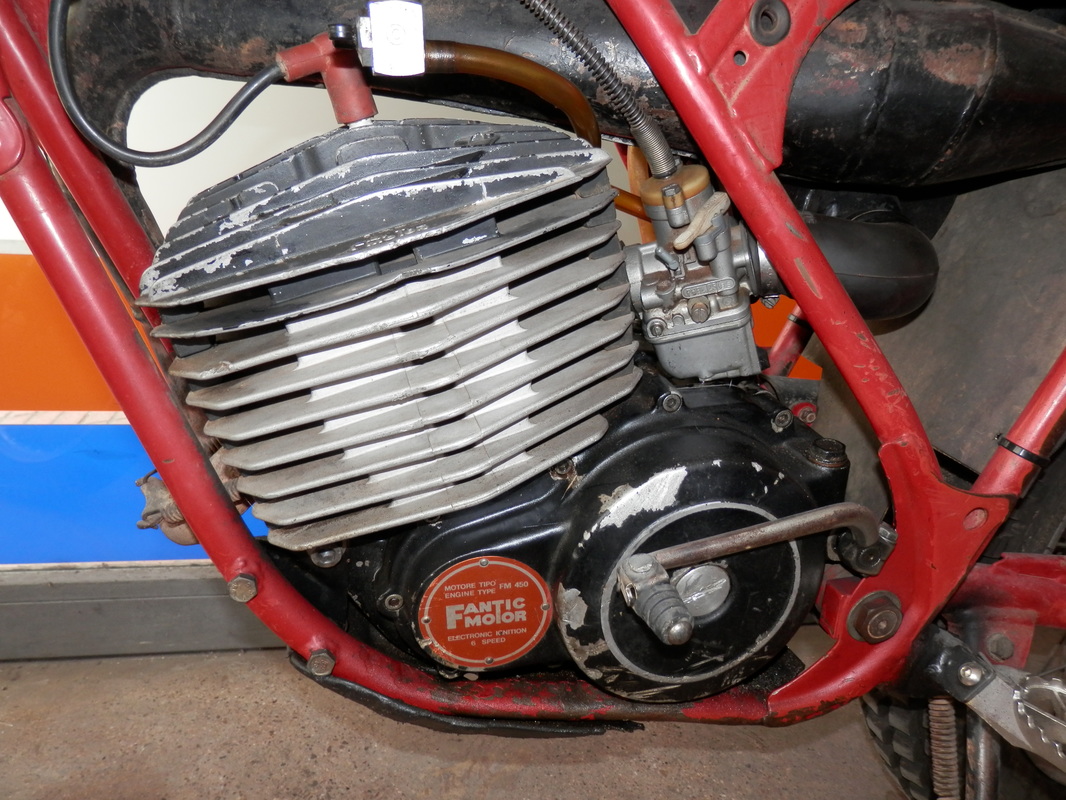 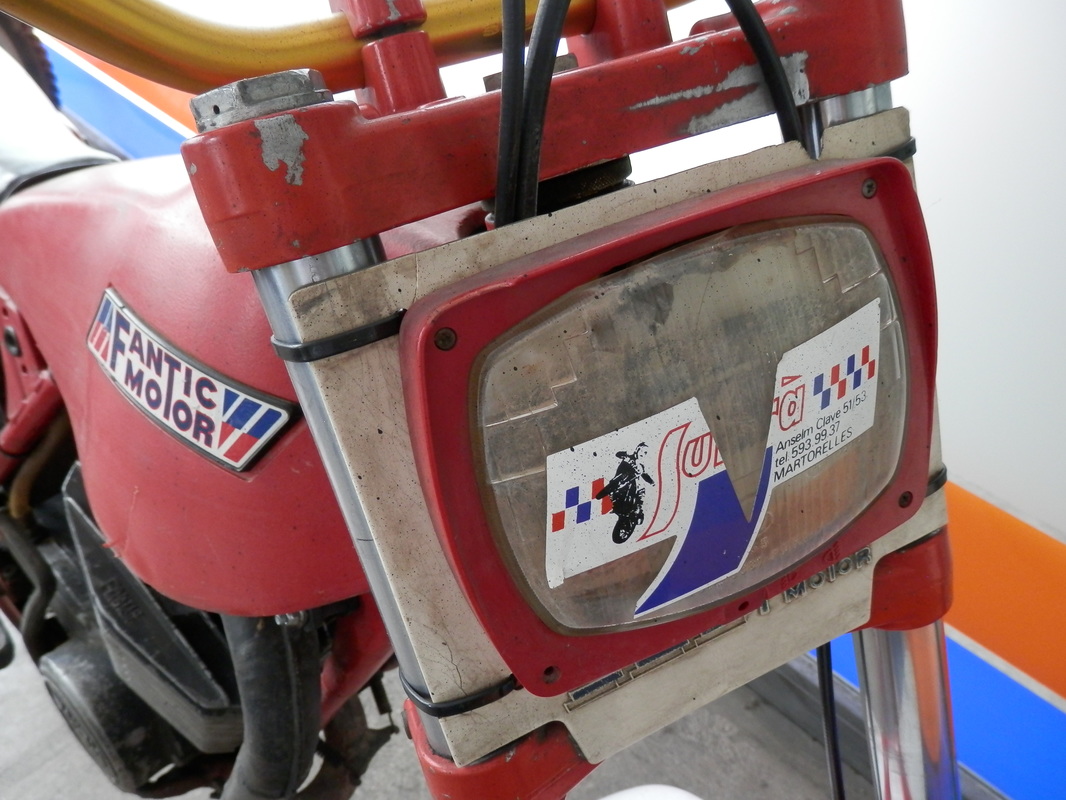 2015 Exclusive Jaime Subira career Interview www.retrotrials.com
Did you feel that your riding was improving with the Fantic?
Well, I thought that my kind of riding was always very concentrated and I cannot make the sections if I am not very much concentrated. So improve always. I always want to improve and I like to go this way. Even now one of the biggest problems for the riders is that they improve so much and they improve in riding but they ride always improving and improving and I think that this is no good. I think that you need to have your own way and you have now very well where you have to pass and what you have to do and if that change you improve. At this time the riders improve all of the time and in very stupid things and think it is not good. I try to improve as less as possible always because like that it is very much easier the section and you no get so much tired as people who improve. All the time we improve tension and also the head have to change. I think the best way is to improve as less as possible. If you know what you have to do you don’t have to improve. You improve when you don’t know what you have to do or you no go where you like to go. 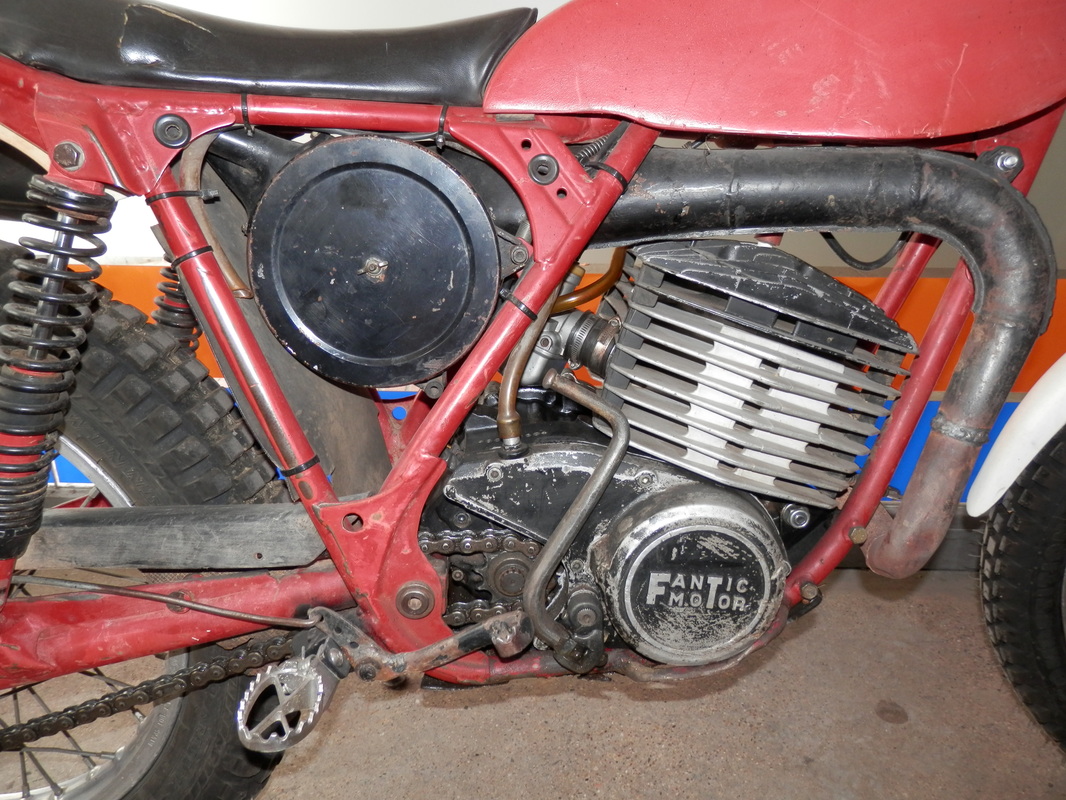 2015 Exclusive Jaime Subira career Interview www.retrotrials.com
Are you saying that you saw some riders who were trying to hard? 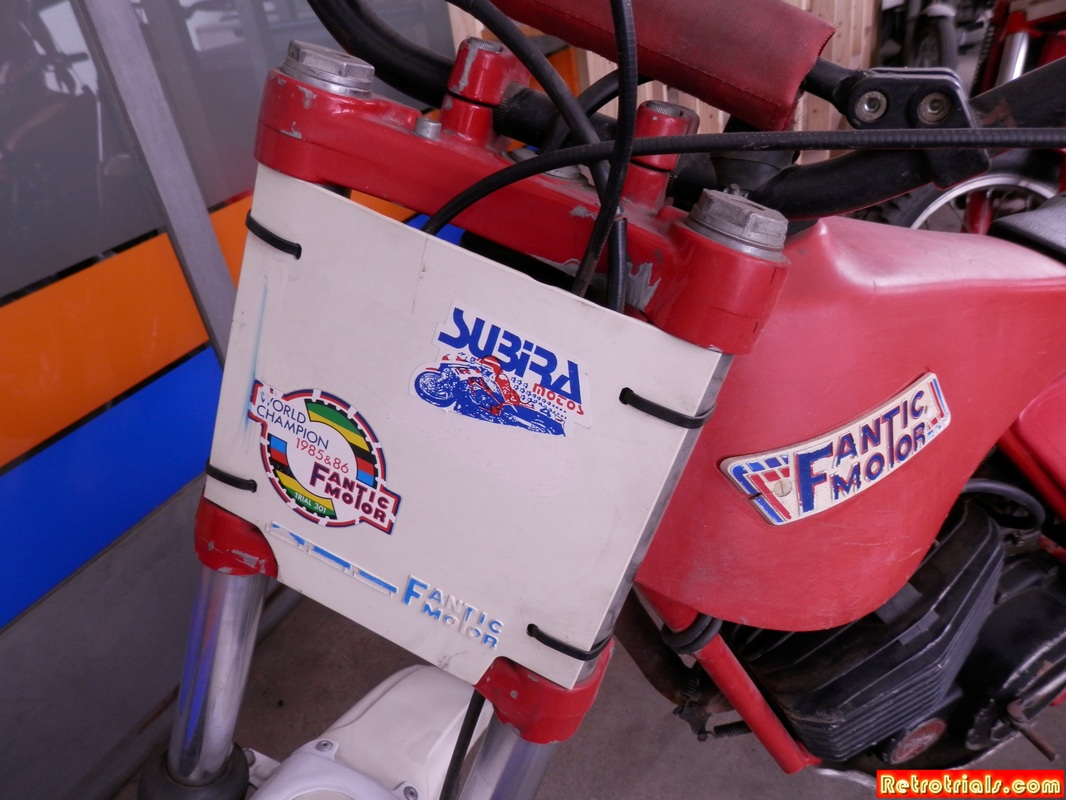 2015 Exclusive Jaime Subira career Interview www.retrotrials.com
Are you more relaxed than other riders?

Yes and you go where you like to go. You should improve when you practice, no when you ride. I think in this area Vesterinan works very hard. He always knows where he has to go and 90% he do what he wants to do. This is very important because in the end when you improve you reach so much. 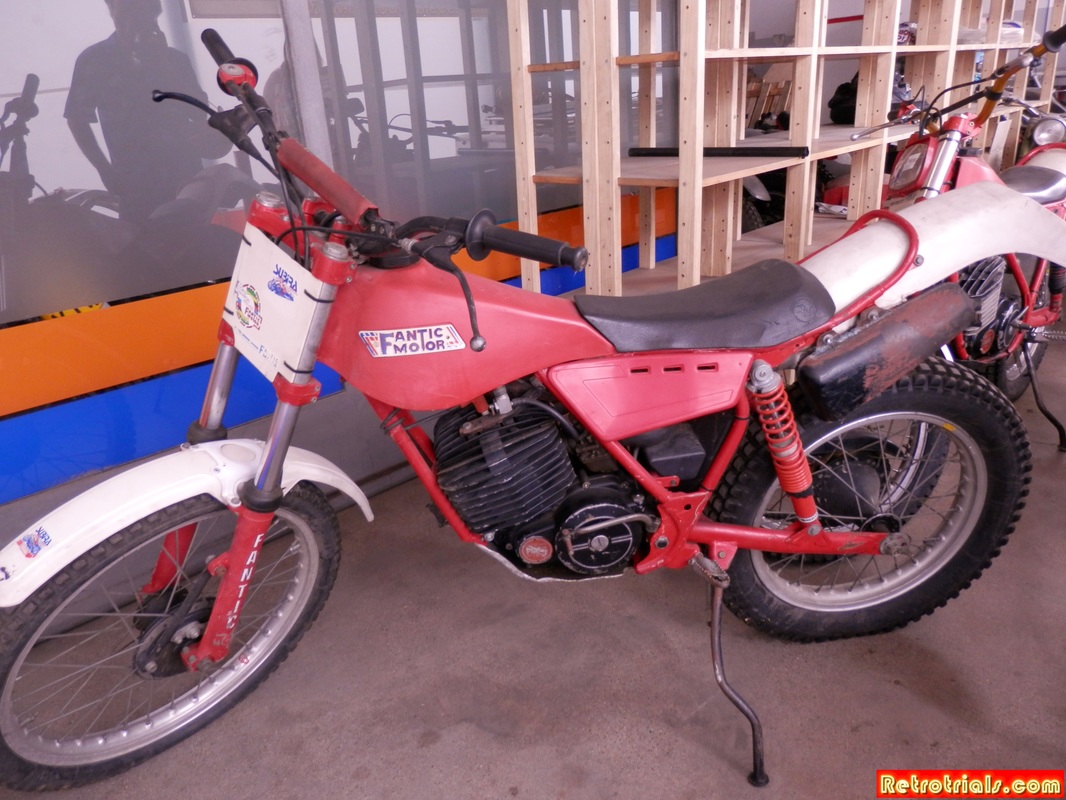 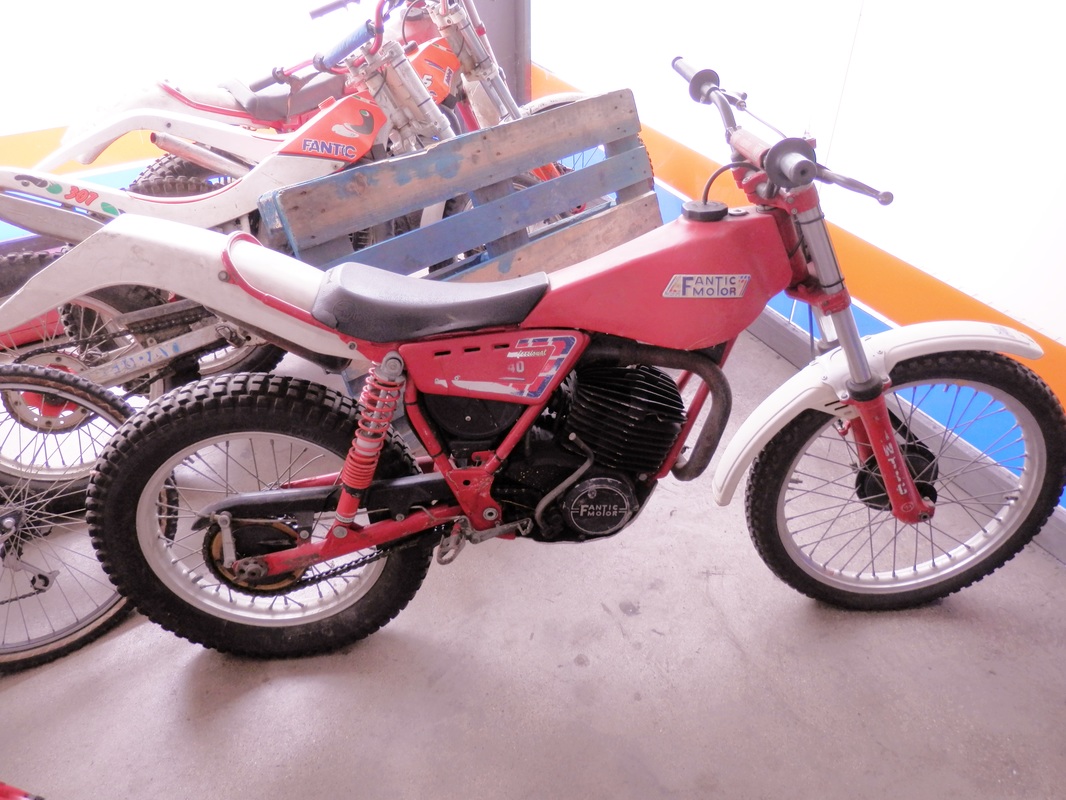 2015 Exclusive Jaime Subira career Interview www.retrotrials.com
Thank you to Bryan Dix for going to the trouble of uploading this video
Ah yes ha ha. This is in the racing department of Fantic.

Who was the man and the boy in the video?

This Julio Mafassolui. He is a very important man for me and for Fantic to. He lived in Fantic in the house there and he lived there. He was the person who improved everything and made sure the departments worked well together. He was an enduro rider and he know very well the engines and I become very very friendly with him and we go practice with him always and he was always between  me and a technical person, for example Marzochhi . So he listens to me and he decides if I have good decision or reason or not and say to me Jaime are you sure when you say. He would reason with me and also when the bike goes into production he would look at it and think maybe the bike break here or maybe we should put this part here because it would be easier to build the bike.

Yes, there is a small hotel. It is my 2nd house.

What is it called?

Aragoni. Two years ago the boss that runs this hotel with his family comes to Spain on a holiday visit me, so we are family. His name was Radolpo and often I arrive at the hotel in the night and he say on the telephone to me “ok  you have room number 6” and he put the key in the garden  and when I arrive I find the key and open the hotel and go to my room ha ha ha . They were very nice to me. 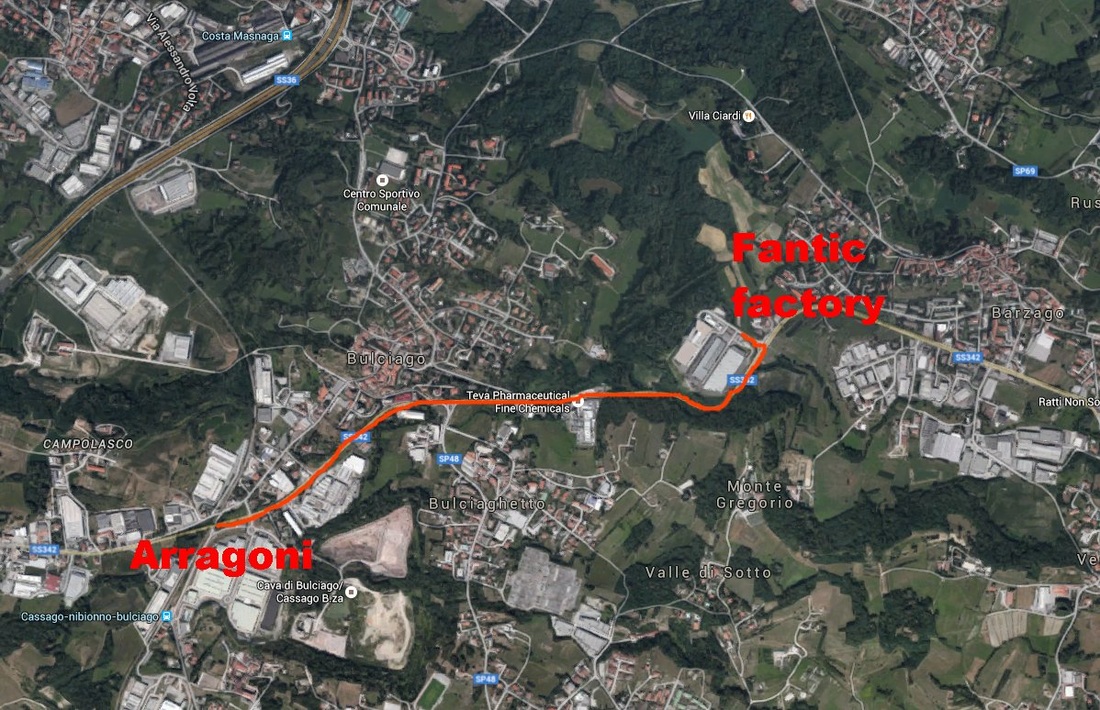 2015 Exclusive Jaime Subira career Interview www.retrotrials.com
Do you consider your era to be the golden era of trials?

You know every time change everything. I think now they are much more professional. It is nice like this but at the time we ride the World Championship it was not as much professional sure. This means that you can do more what you want to do and not have to do so much of what someone tells you to do. This means sometimes we play and makes some fun. Now these days you cannot do these thing because it is written into the contract that you cannot do these things and this and this and this. I think it was a very very very nice time but you cannot compare this time with my time riding. For me to go now and watch the World Championship it is very nice. In 2011 I help Ossa factory and is very nice to arrive there with your lorry and your tools and your mechanic. This is important and very nice but after you have to perform because the factory give you everything to perform. You have to provide the result and the right image for the factory.
You cannot do this because someone will take a picture and the sponsors will not be happy. You have to go with more pressure not only for the results but also for your whole stay in the town for the trial and every day in your life. You have to be a good boy all of the time. I remember one time at the Scottish Six Days trial the Italian and Spanish rides get together. They are a similar character and they make special spaghetti and have a lot of red wine and after we ride the Scottish Six Days. Haha. Now is impossible, your contract will be ripped up ha ha. Now is different but it’s also nice. You now have everything you want for the trial. It is nice to work like this. I remember my first time with Fantic at the Scottish Six Days trial and I go with my car and with my wife and this is my team ha ha. I know the name Roy Carey but I do not know who is this person at this time ha ha. I finish 7th I think. Is nice, but I prefer what they have now not my time. It’s different also. 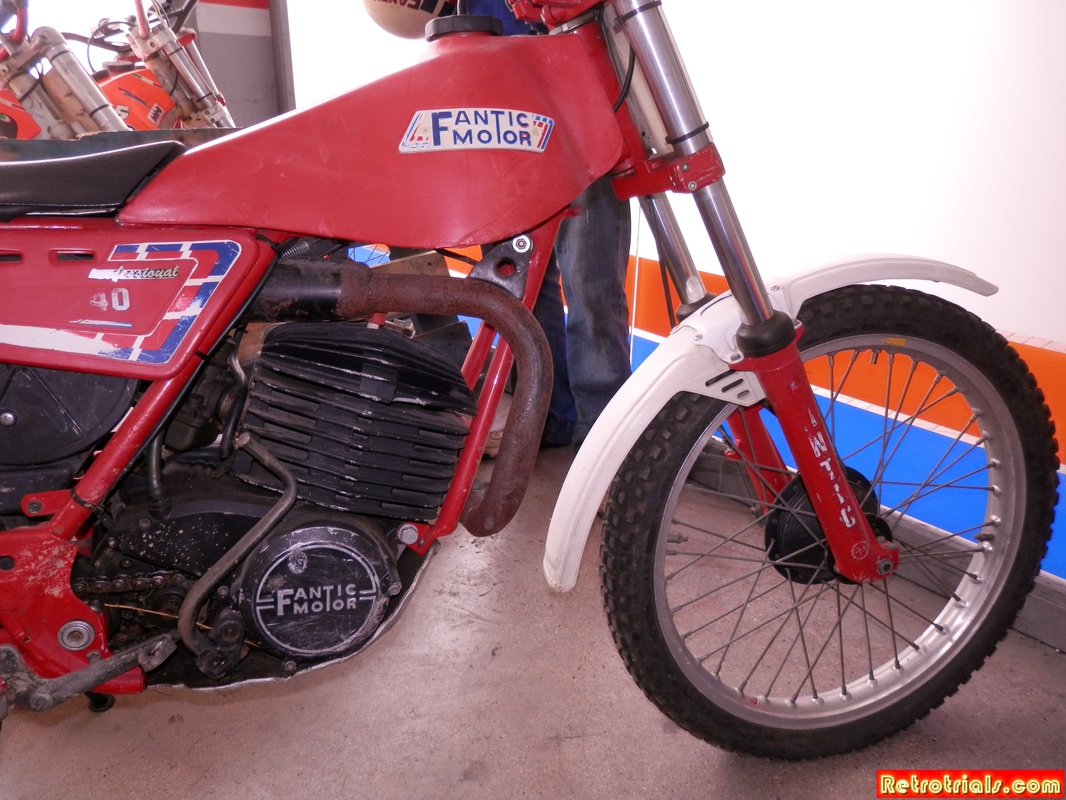