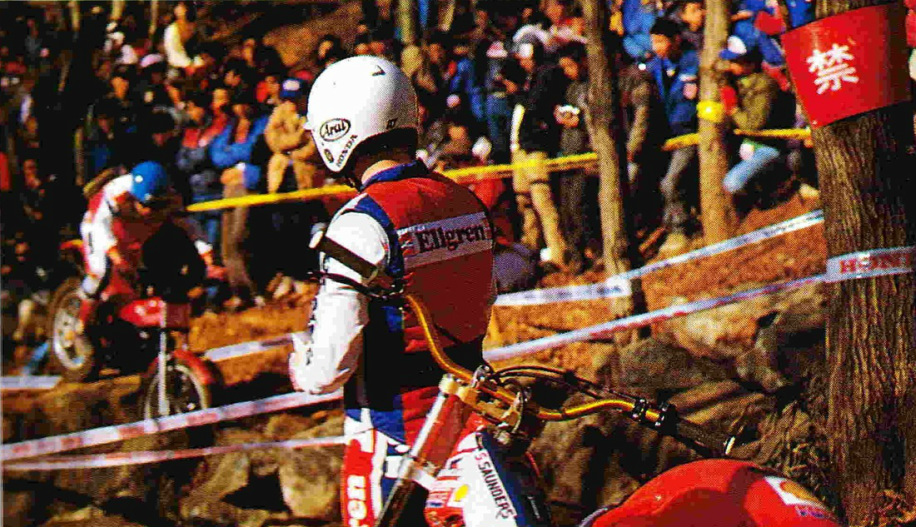 STEVE SAUNDERS INTERVIEW WWW.RETROTRIALS.COM
When HRC  got involved it must have helped you a great deal?

Yes it did. Everything you can get better on the bike is a bonus.
Presumably your whole contract changed?

The organisers of the trial. I suddenly jumped on to these full factory bikes and “Bloody hell that was nice “ ha ha. This was at the end of 85. Michaud, Girard, Berlatier , there would have been loads of riders out there. 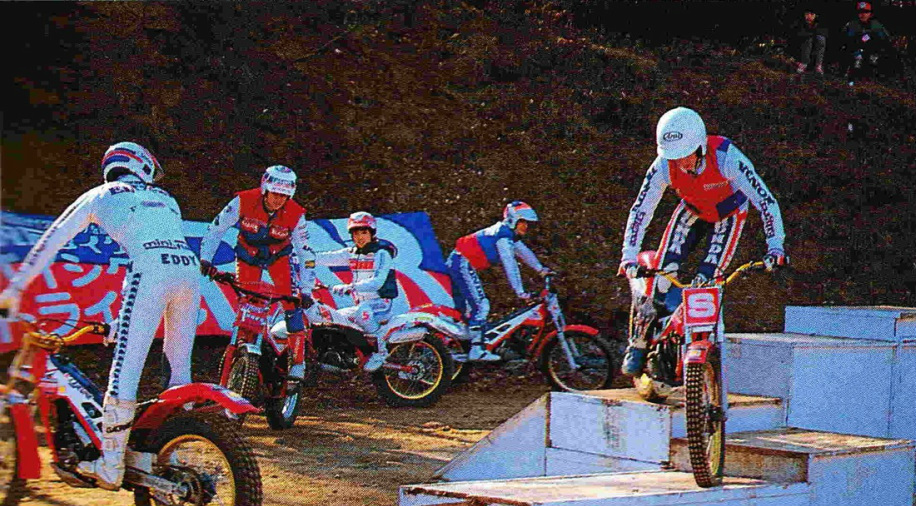 STEVE SAUNDERS INTERVIEW WWW.RETROTRIALS.COM
The 1985 season, the arena trial, everything, it all evolved very well and it was a pretty good year. I won the last world round, it was a good year.

It was when I was out there that I managed to secure a full HRC contract for the 1986 season.

Can you remember getting that contract?

Yes, I remember sitting down in the office. If I could draw, which I can’t, I could do you a photo fit of the guys sat in the room with me. It was a huge moment. This was in HRC head office, a separate building, it’s a separate company, but it’s the bee’s knees of Honda.
The guys from Honda approached me and said "We’ll take you to see the Honda factory". They spoke perfect English. I was on my own out there in Japan . When I went to the Honda factory I was with Eddy and Dominique, his wife. The 3 of us and the Honda guys went to the Honda factory and we had to do a demonstration outside of the Honda factory for all of the workers. They literally stopped the factory, end of 1985, start of 1986, closed the factory. This was before I’d signed with them. They closed the factory so that me and Eddy could do some riding outside. That was incredible. Then we went to HRC. It was absolutely everything that HRC do. I mean that was primarily motorcycles. They had Wayne Gardner road race bike and Dave Thorpe motocross , all those sort of bikes.

Were you a follower of motocross?

I was not huge, I was keenly following Thorpy and knew who everyone was. 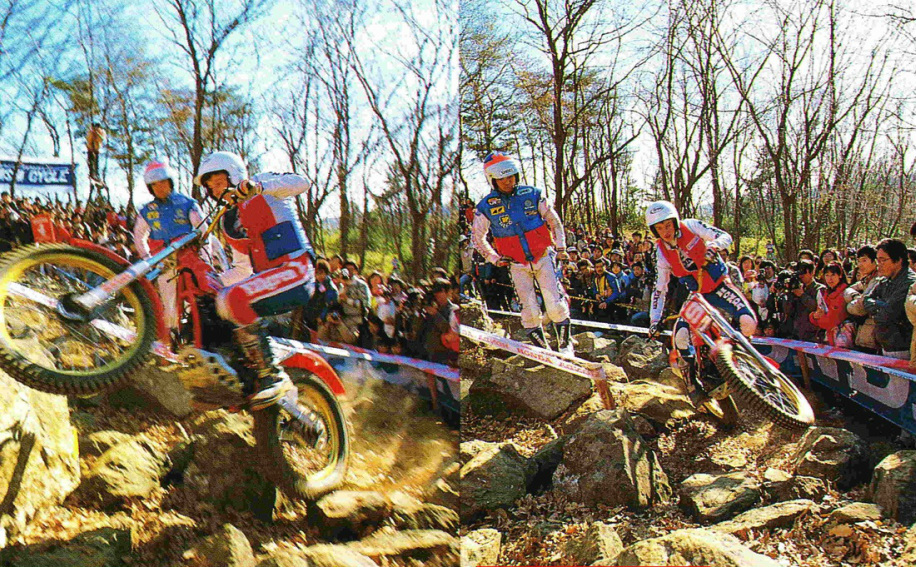 STEVE SAUNDERS INTERVIEW WWW.RETROTRIALS.COM
When you were driving from that trial to HRC, what was going through your head?

No they were outside. Maybe they were in another meeting room. You go in you have to take your shoes off as you walk through the door. You have to put a coat on, little dust free white slippers as if you’re in a chocolate factory and a hat and white gloves. It’s like Charlie and the Chocolate factory meets Michael Jacksons really. You walk around this place that would make any hospital look dirty and the guides were showing us what was going on in different areas. You then go into the meeting room and they did have chairs and a table. You sit at a table and they literally just offer you piece of paper with the contract on.

Did the meeting take long?

It was really quick. The Japanese people are 100 % genuine, 100% honest and 100% professional. They are fantastic people to work with and you can see why they grew companies like they grew Honda, Yamaha, Kawasaki, Sony all the big Japanese companies.

Did you know at that point it was going to be sponsored by Rothmans?

No, not a clue. This was November time that I was in japan. We came home for the winter.I then went back out there to Japan very early January to look at the bike that they had designed for us and then to test them and discuss the bikes. They could then put the final touches on the bike before they got shipped out to us. 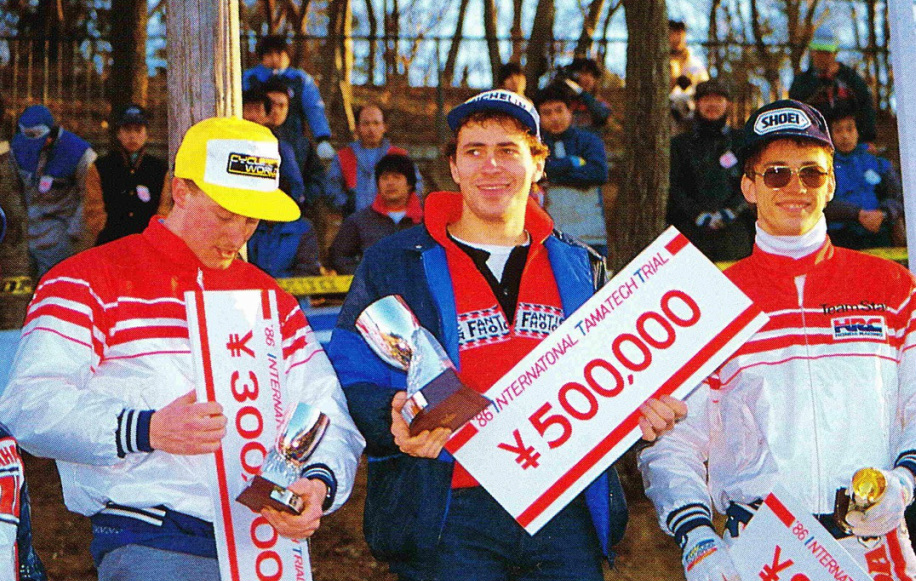