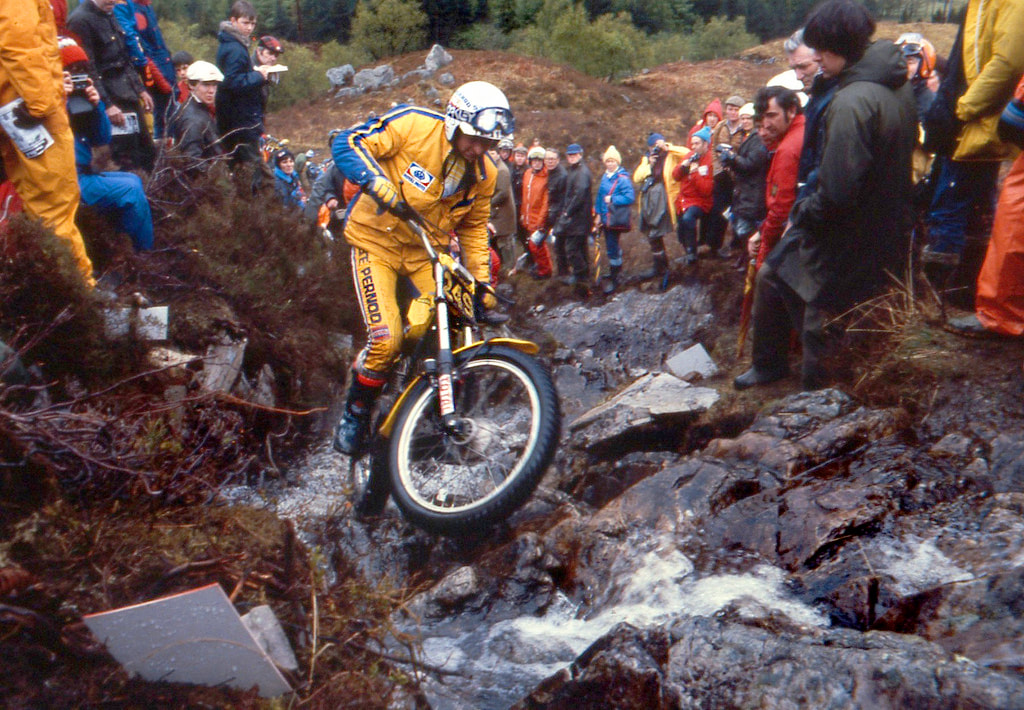 ​​Bar a few jigsaw pieces of information that we all naturally collected from the Trials and Motocross news of the day, the real story of Gilles Burgat’s life and riding career isn't really known at all, especially outside of France. I'm sure there are plenty of reasons for this. Maybe these included the T+MX reporters not speaking French or the fact that they merely concentrated on the actual days competition and nothing more ? Perhaps they knew it all, but underestimated the level of interest and so never put it to print. Perhaps I've overlooked these great articles and it was all asked, written up, printed and is yesterday’s fish and chip wrappings.
Whatever the reason, as an enthusiast I never read a great deal about Gilles or many of the other top riders (other than the days competition results) that I looked up to and admired. Its crazy really. I'm sure I'm no different from a whole lot of you Retro trials and bike nuts when I say that these top riders were my heroes and my early life celebrities, but they didn’t get treated as such. I would have had no problem finding out what my dream girlfriend Agnetha Fältskog's favourite desert or colour was within the pages of Smash Hits, Bill Oddies favourite pastime or rise to fame would be only a few pages away ..…but nothing on Gilles. No magazine profiles listing in bullet points his favourite music, hobby, fizzy drink flavour, movie, super car and coloured soap figurine and Smurf. I've always wondered whether it was Orangina or Cacolac which is my favourite.
Nothing ! Sooooo, I guess, it's all down to me and I'm left in the fortunate position of picking up the pieces for these negligent journo’s who missed the opportunity and preferred the bar ;).  Genuinely  - Thank you. It's a blast !  It's been and is so much fun gathering these interviews and meeting the Champs and industry Key stones. When comparing it to travelling to Finland and Sweden you would be forgiven for thinking that  the task of carrying out this interview would have been a relatively easy one. Well …it was …or it should have been, but entirely due to my own incompetence with electrical gadgetry, I took a simple task and made it as difficult and near impossible as getting an understandable sentence out of Donald Trump. ​

An Exclusive Interview with 1981 World Trials Champion Gilles Burgat
Anyway…The bonus to all of this was that I visited Gilles twice and had what I can only describe as a truly terrific time as you will see in the photos that accompany this report. One slightly worrying aspect of visiting Gilles again was on my return visit he felt a need to photo me, which I thought was a bit strange and ironically I don’t like. I'm still to this day not sure whether this photo was for the local Police as some stalking suspect, or to help advertising Gille’s friend Claudio’s new book. Either way, I don’t answer the door at home anymore :).

The journey to Gilles's town took me through some beautiful French countryside. I was very near the Swiss border and the influence in the building styles was very apparent.
It's not every day that you pass a professional Utility snowtrack vehicle forecourt.

An Exclusive Interview with 1981 World Trials Champion Gilles Burgat
I am very pleased with this interview with Gilles. He has an untold interesting story with highs and lows and it makes for a surprising read.

He reveals the real reason he won the 1981 World Championship, tells some funny stories and talks about his very expensive collection today. He talks about  the great help he received from other riders and how a World Championship contender threw away his winning ways by visiting Gilles. He also talks about his varied riding career, his massive injuries, his more crazy pastimes and interesting high profile businesses and work today. I hope you enjoy it.

Before the interview starts please note that with all Retrotrials.com interviews, this is typed up word for word, so you can be assured it is exactly as the conversation and interview went.

The interview text is in black and any small amounts of editorial will be in blue.​

This is the interview

It is early April 2017 and I have just arrived at the house of Gilles Burgat in the South East of France. 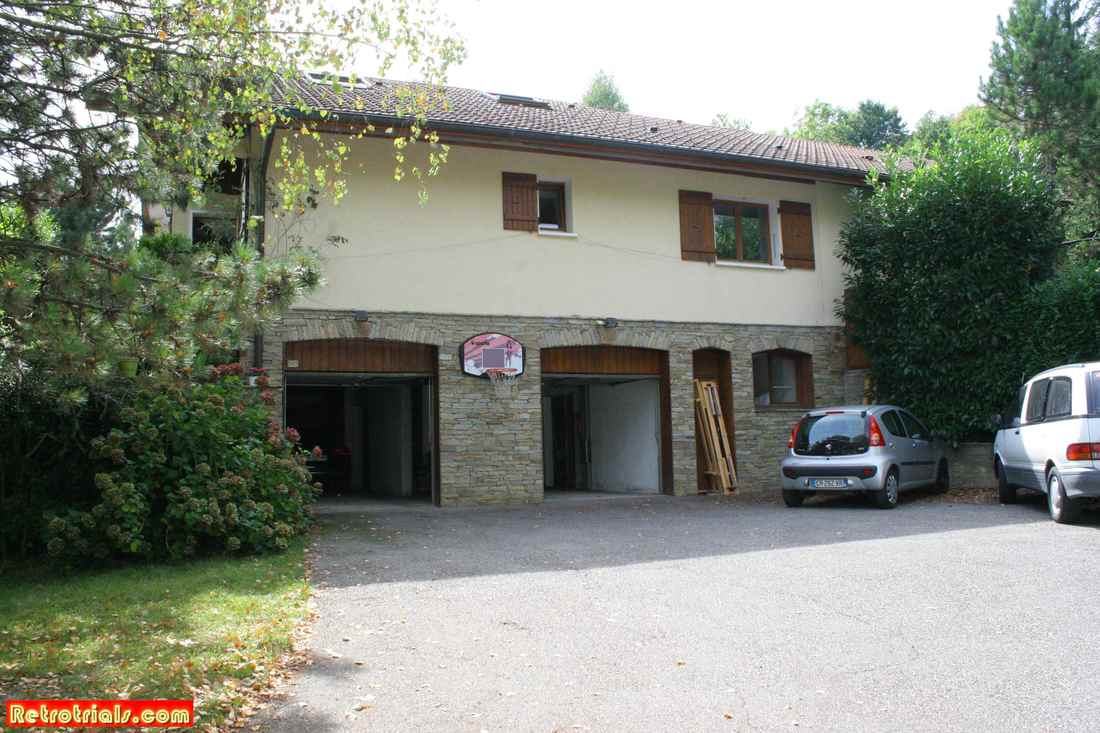