In late 1985 Japanese Trial enthusiasts invited Eddy Lejeune , Steve Saunders , Thierry Michaud, Bernard Cordonier , Lluis Gallach, Phillipe Berlatier and Pascal Couturier to an incredible allstar indoor stadium trial. In addition to these established and more mature riders , Jordi Tarres also recieved an invitiation. This was Jordi's first trip to Japan and the amazing new trick riding that he was perfecting at the time, had caught the organisers eye. The event went to the great expense of flying all of the riders out to Japan , along with thier own machines and was held in the Hondaparc arena. It was therefore only natural that Honda riders Saunders and Lejeune  would recieve a warm welcome.

Despite riding an Italian machine and having no connection at all with Japan ,it was during this event that Tarres and the Japanese Trial community struck a strong relationship , something that would endure to this day.  The hospitality that Jordi was given at the time, led him to later say that Japan was his 2nd favourite country , other than of course home in Spain.

Here are several photos taken on the day of the Arena Trial by Trial Journal magazine photos. There were several international riders entered , whom i have already mentioned . They were lined up in 2 rows. Despite Jordi's early beginnings , the Japanese trial organisers set to place him on the top row with World Champion Michaud  ,and former world Champion Lejeune. 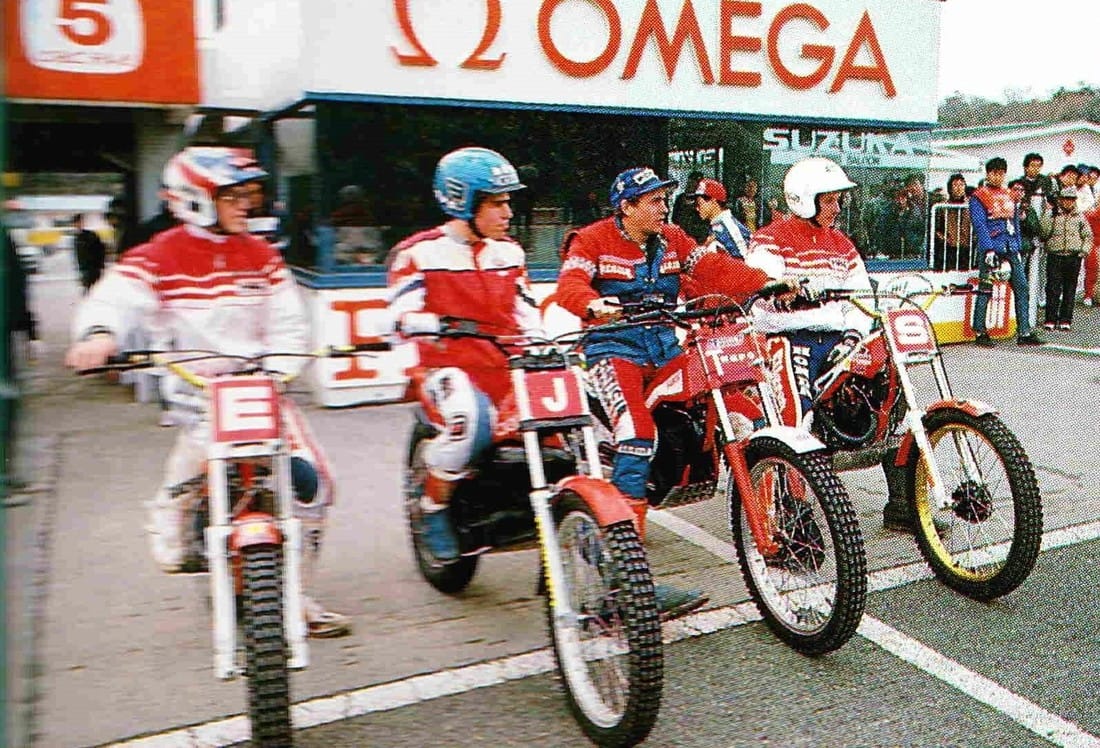 ​The technique of Jordi Tarres video retrotrials.com
Here are some photographs taken on the day by the Trial Journal magazine. 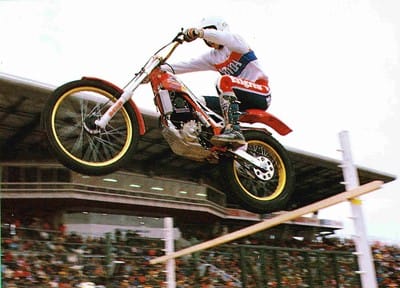 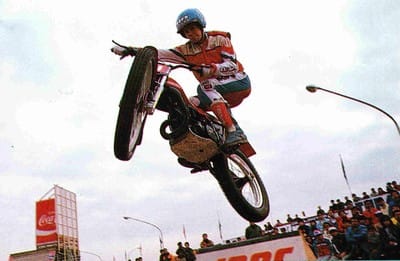 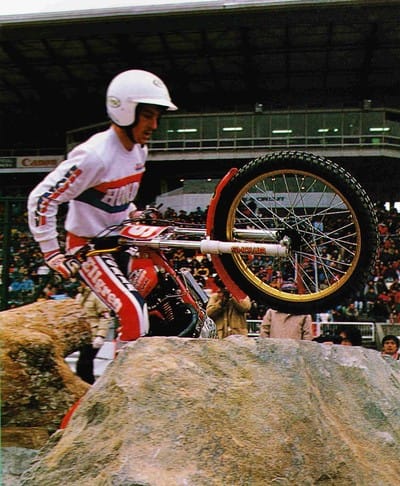 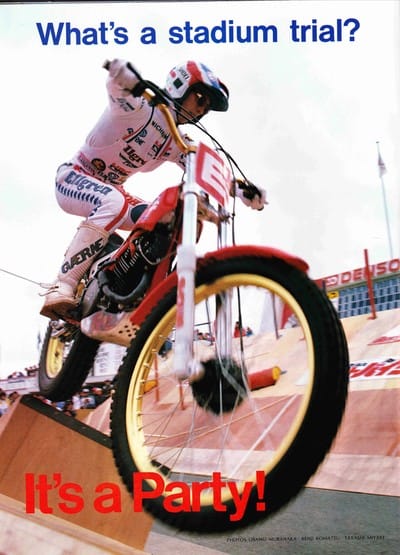 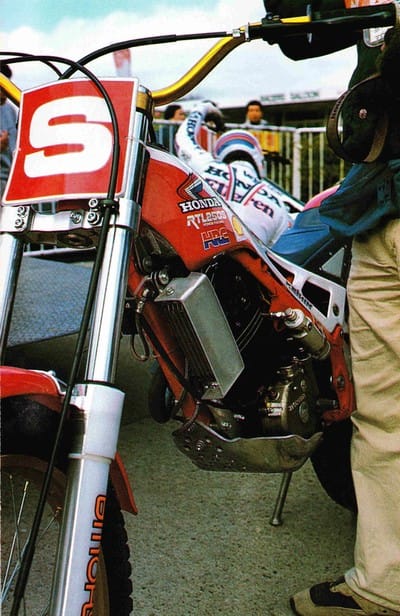 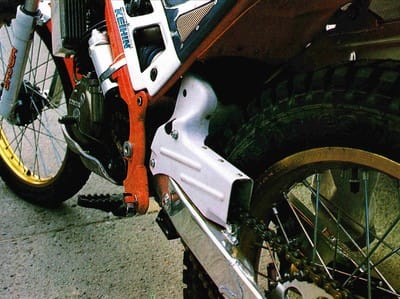 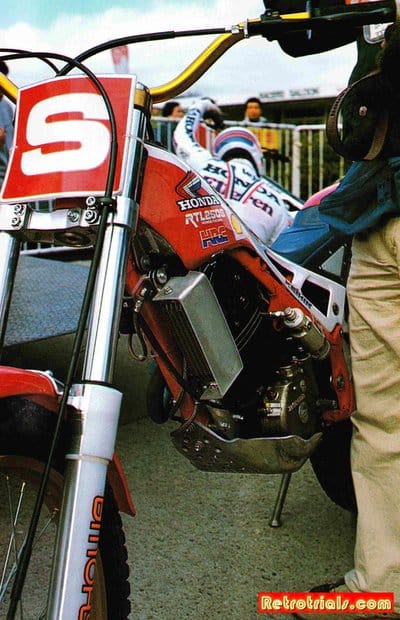 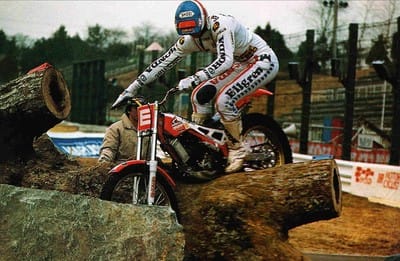 Clearly the Japanese organiser's enthusiasm for the young Tarres was well founded. 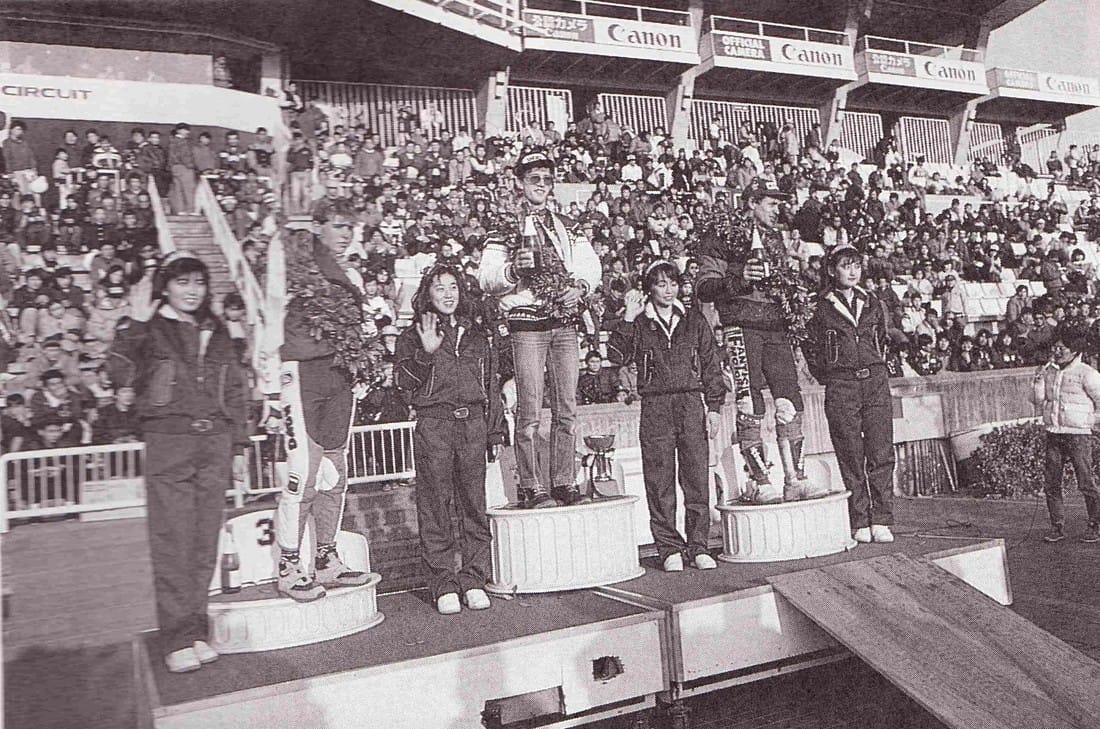 ​The technique of Jordi Tarres video retrotrials.com
​After the trial the Japanese clothing company called "Rays" encouraged Jordi to show them his revolutionary riding skills. As Jordi kindly obliged , the team from Rays filmed everything , and later produced this video. These photographs were taken on the same trip.
Buy my video                                + a 19 year old Jordi in Japan.
Here is a copy of the video cover
Here is the video  - enjoy
Home
Trials reports
Bikes
Superstars
Interviews and features
Memorabilia
​