So, how is Eddy these days? What's he up to? What are his thoughts and memories ? It's time for you and him to reflect on his glory days and for him to bear it all. That's exactly what Eddy has done here, telling us more than I'd have expected.  It's painfully honest, It really is. I've had second thoughts about even publishing it. I mentioned this to Eddy, and his wife and him were both 100% sure they were happy with everything they've said.

I have typed this interview out for you word for word. Eddy's English is very good but not perfect. Bear this in mind when you read it.


The Booking, the weekend and Interview

Eddy Lejeune is not a regular user of the internet and so when I emailed him in December 2012 I got no reply. Not knowing this, I thought perhaps Eddy was not interested in talking about the old days and I left it like this. Then one morning in February I decided to try again. Perhaps my email had dropped in his spam. I got in contact with a friend in Spain who knew Eddy years ago and I was given Eddy’s telephone number. This was it …..I never had this before……but the moment you dial in the number to call someone as important to you as Eddy Lejeune, it is pretty nerve racking and sent my pulse racing. I was pacing nervously around the living room as the phone rang at the other end wondering if it would even connect.

It did and Eddy’s wife Dominique answered. “Can I speak to Eddy please?”

Hello Eddy, it’s James from England. I’d like to come and interview you.

Great. I will telephone you with a date in a few days

The first thing he said was “Why you come here?” I explained to him and he said “But I have nothing now”. I explained to him that I was a trials nut and loved the Merlin bikes and that my website just would not be complete without an interview from him.

He agreed, Yipeeee. I’ve got to say though, Eddy didn’t sound pleased about it and just sort of just put up with it.

I did my research, 208 questions were prepared and some of the most knowledgeable Honda fanatics were consulted with.

I was aware that Eddy had a horrific motorcycle accident back in 1998 and that he suffered bad head injuries. I was also aware that he was having some mental health problems following these injuries. I didn’t know to what extent they affected him. I did know that he rode the Scottish Six Days Trial 2 years ago.

I took the Channel Tunnel from England and drove the 3 hours to Plastiflac, the family company. 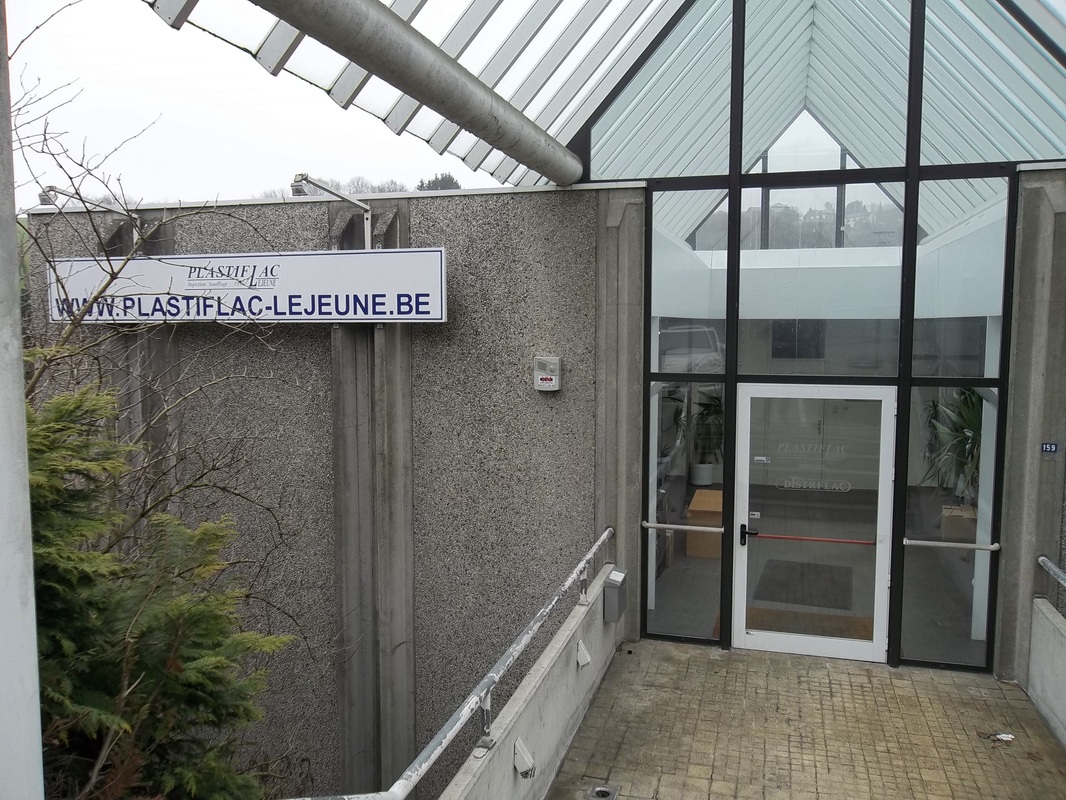 Eddy Lejeune Interview 2013 WWW.RETROTRIALS.COM
Now many of you will know that the Plastiflac company, has been associated with the Lejeune family for decades. In fact the Plastiflac stickers were cleverly placed on the works Honda’s whenever Eddy rode, taking advantage of the World Wide coverage and attention the trial would attract. I arrived at Plastiflac for two things. I wanted to see the company as it was intertwined with Eddy, Jean Marie and Eric and his family’s trials careers. I also wanted some Plastiflac logos on letter heads or stickers that Eddy could sign. 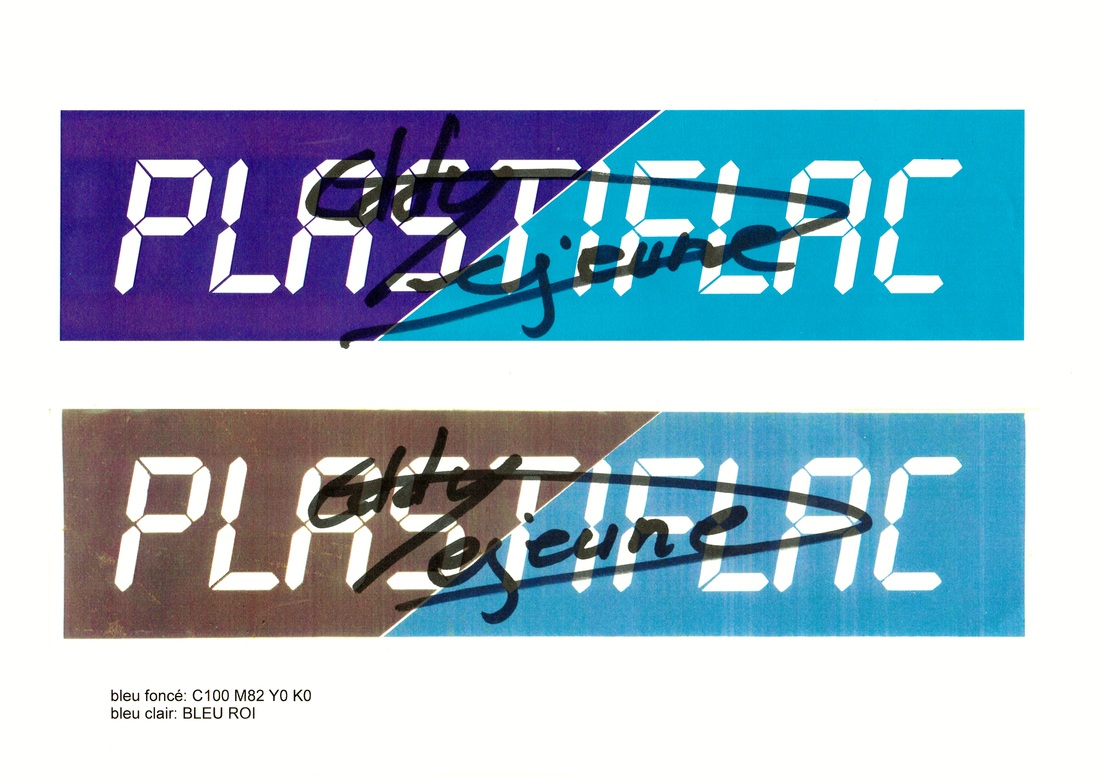 Eddy Lejeune Interview 2013 WWW.RETROTRIALS.COM
I’m not a huge Honda hoarder of bits, so I had nothing retro for him to sign. Wearing my Jotagas black jacket, I ventured in alone knowing I had 30 minutes to get to Eddy’s house 3 miles away. I explained my unusual request and was invited into the large office. Luckily, I was greeted by English speaking guys and we were having a chat and I was explaining what I was doing there when I heard the words “Jotagas Jotagas”. I looked behind me and there was Eric Lejeune, walking towards me, hand out. He knew why I was there and we went to his office. Eric is trials mad. Out of the 3 Lejeune brothers, he still has the trials bug, big time. He was wearing his SSDT jacket and his office walls were covered like a child’s bedroom with posters of Honda's and the Lejeune’s machines and riders. Eric is a very friendly and larger than life character and he quickly offered me a tour of the factory. 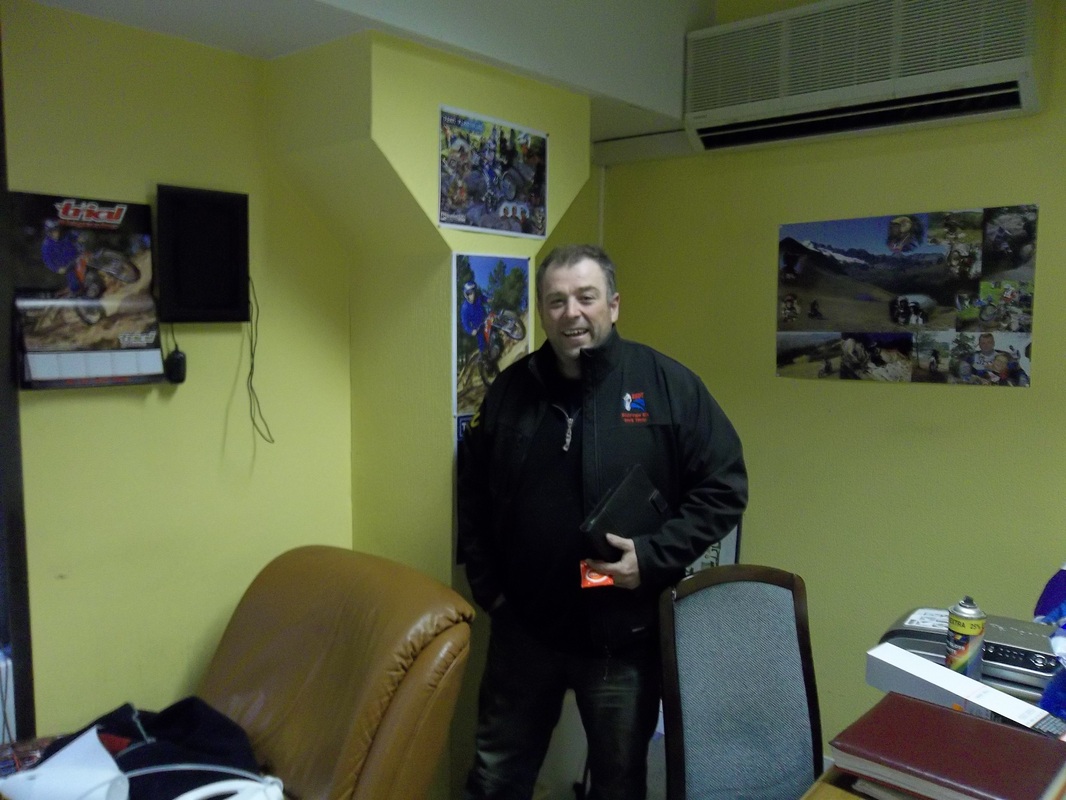 Eric Lejeune at Plastiflac .Eddy Lejeune Interview 2013 WWW.RETROTRIALS.COM
He explained that Plastiflac had been owned by the family for many years. After Eddy had finished riding in the World Championship he bought 50% of the company. He worked in the company for several years and then sold it to a group of financiers and did well out of this. The financiers didn’t run the company very well and after a few years it was verging on bankruptcy. Eric bought the company back from them on the condition that they had to change the name. He changed the name to Lejeune Plastiflac.

Here is a good picture celebrating all 3 of the Lejeune brothers riding the 2011 SSDT. 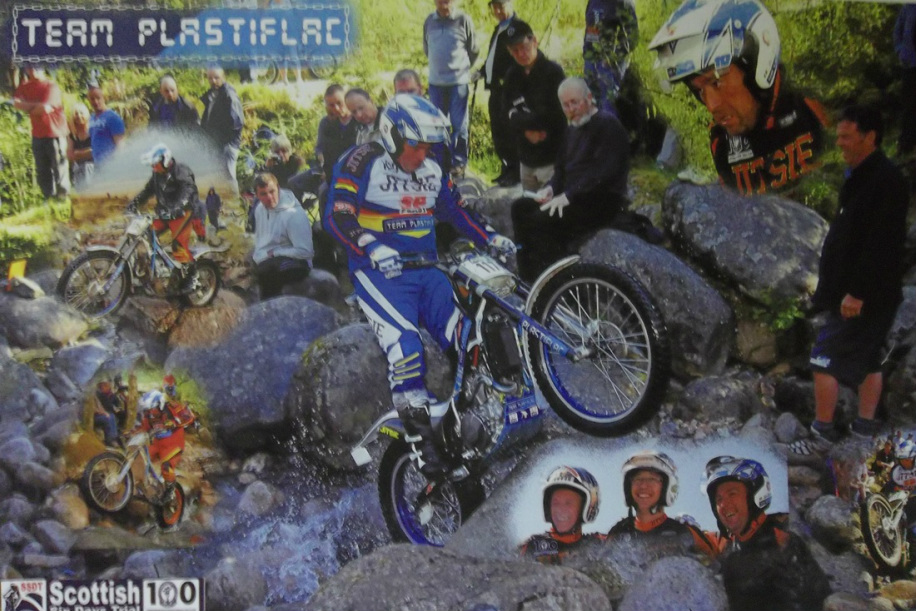