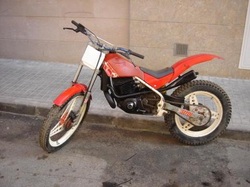 I have owned about 6 Merlins over the years. Here are some short recollections of them in chronological order.

This is the first picture i saw of my first Merlin. I bought this in 2004 from Spain. Luckily a friend was competing in a trial down there and collected it for me.
I still remember him calling me from the sellers house and saying "Are you sure you really want it as its rough? ".
By then i was drunk with excitment and had to have it. 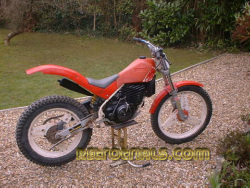 This picture was taken a short while later when i got it home. I was delighted with it. It was the only red 1987 Merlin in the UK and is now 1 or 2 in the UK.

A nut and bolt rebuild commenced.
The hubs are made of magnesium and impossible to replace. I remember the splindles were seized in the bearings and the bearings seized in the hubs.
The rear shock was like a pogo stick so that went off to falcon shocks for a rebuild.
The front forks were rebuilt .
The rear mudguard had , had a chunk cut out of it , so i had to reshape it to make it look good.I also reupholstered the seat and fitted new tyres. I found a GasGas pro air filter fitted.
Everything as recoated and painted and once finished it looked great.

TIPS--
1--On all DG350 the clutch plates do stick together and they dont seperate easily . Having learnt from this on several occasions i now cable tie my clutch lever to the bars when its in the garage.This will save you hours. Note this or regret !

2---The swinging arm spindle is very hard to get out. It seizes in the frame. Extreme heat to release is the only answer. 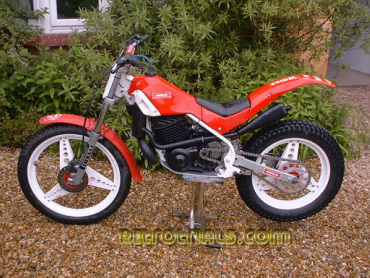 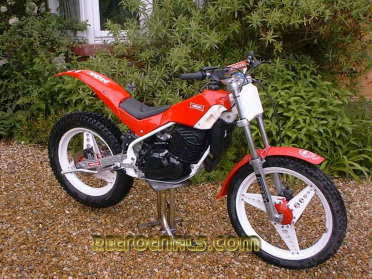 The above photos were from the seller in Spain.

the moment it arrived 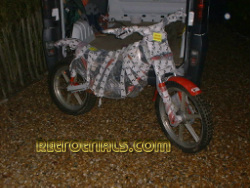 Id never seen one of these bikes before let alone ridden one. Never the less, i sent a not inconsiderable sum to Spain and then crossed my fingers that the couriers would get the bike to me.
This was the moment i got it home after collecting it locally from the couriers. 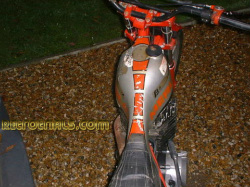 She reminds me of a voluptuous woman ! 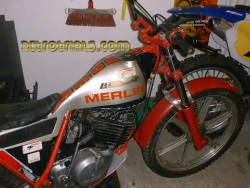 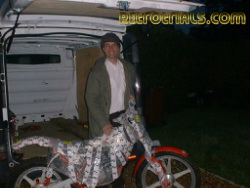 Look at that grin. My Christmas's had all come at once ! 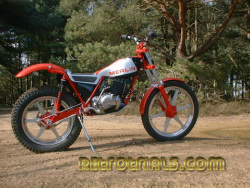 After just completing the rebuild i took it out for a ride. Here are a few photos i took them and shortly afterwards 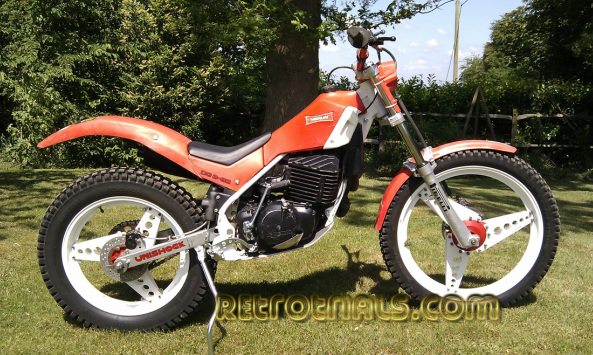 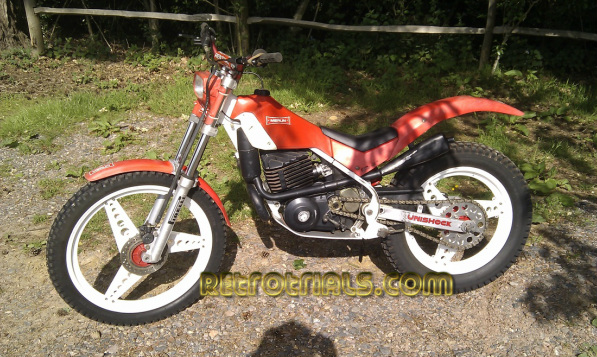 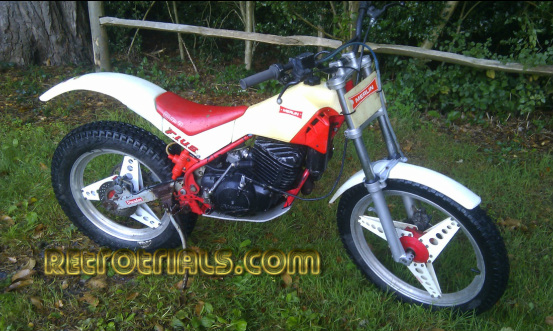