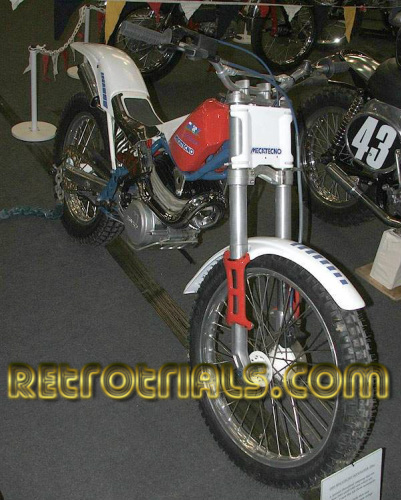 Mecatecno Skywalker
This was my first Mecatecno Skywalker.It was owned by Richard Pelling who was making attempts and also competing with Brian Griffiths to take over the importership from Steve and Colin Jewitt back at the end of 1991.In the end neither of them completed the deal and Mecatecno ceased making trials bikes and closed their doors.
Perhaps Steve Jewitt had seen the end coming , i dont know.

In 2005 I bought this bike from the family of the late Richard Pelling who was a good friend of mine. Richard was an electrician and lived in the south of England. He was an active member of the Alton club and was a very keen enthusiast of Ossa trials motorcycles . During the late 80's about 1989 Richards attention was drawn towards the Mecatecno Skywalker. He bought 3 of these motorcycles with fairly light use and sponsored a number of riders namely Graham Arnold , Wayne Holdsworth and Richard Allen. Graham was a good centre runner and Wayne supported by his late father Dick Holdsworth travelled the Country competing the clubman championship for many years.
Richard would do the spanner work for the Graham and Wayne at many of the events and would often prep the bikes before the event for them(what a luxury those riders had!).On one occassion he had to replace the crank shaft that Wayne had snapped through over keen revving of the large single cylinder.
Richard became a keen follower of the Mecatecno brand and saw an opportunity when he was made  aware that the then importer Steve Jewitt supported by his father Colin Jewitt were pulling out.
Richard flew out to Barcelona on two or more occassions and visited the factory to confirm thier intentions and the future. Richard also entered into correspondence with the Jewitts about taking over the importershp.
Unfortunately the company's future in trials died . Luckily this was before Richard had invested financially.
Unfortunately Richard passed away in the mid 1990's from a very rare disease , leaving his wife Sally , son Robert and daughter Louse.

The above Mecatecno remained in Richards Pellings Garage for several years after at which point Robert contacted me requesting help rebuilding the Mecatecno. I visited Robert and looked at what was a bare chasis with stripped engine. At the time i had no experience of these engines and realised that this was going to take months of work to get right. Robert decided that it was better to get some funds to buy a small learner legal bike and him and his mother sold the box of bits to me.

6 Months and many hundreds of pounds later the Mecatecno was finished.
I was invited by Alan Wright to take my Merlins to the Telford classic show and i decided the take the Mecatecno as well.I put it on display and left it. My wife then told me my name was being announced over the tanoy. I went forward and was amazed and flabbergasted to hear that the Mecatecno had won "Best of show".

This bike has a good history .My Mecatecno opposite was given to sponsored rider Richard Allen by  Richard Pelling. Richard Allen is a friendly and approachable guy who is also a very competent British National rider.He has ridden competitevely for decades, riding all over the country and winning many Championships.Richard rode the Mecatecno in the Scottish Six days Trial as well as a number of World rounds.

The only other rider im aware who rode the SSDT on a Mecatecno was Stuart Tate. Im told that on a long stretch of road work the engine did over heat , the large piston and expanded and nipped up. However once cooled down , it released and Stuart was on his way to complete the event , no doubt with an extra rattle !.

Below is a scan of the contract Pelling had with Allen. 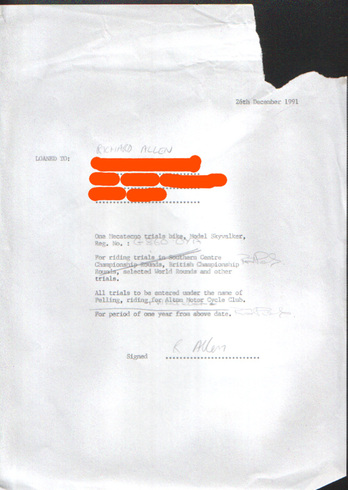 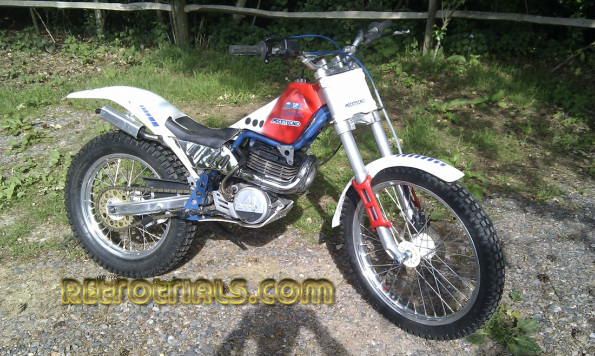 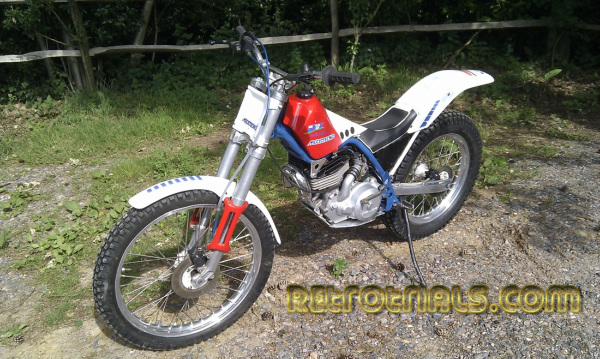 Mecatecno Skywalker
Ona ll of my Mecatecnos i have had cut the decals and graphics by hand from different colours of fablon. Both front and rear suspension was rebuilt.The exhaust was chromed. Everything was stripped, plated or painted and rebuild. 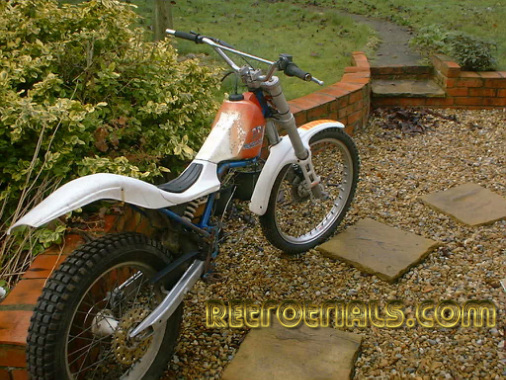 This Mecatecno project started with an awful donor as you can see below. It didnt run, the paintwork was bubbled , there was no spark,no compression,plastics broken and suspension leaking and like pogo sticks.
I rebuilt the engine and sourced another piston, repairing the bore in the process.Rebuilt both shocks. I coud list everything , but i dont want to bore you. Everything i could think of , was done , including the fitting of some Merlin 3 spoke wheels that i had.
I have not had the chance to ride this yet apart from around my woods. The runs very well. 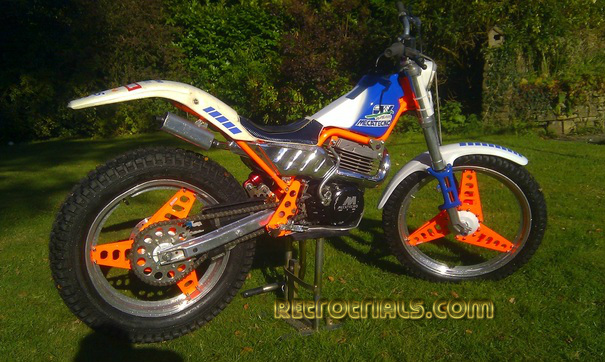 This is the last mecatecno Skywalker i bought. It was in amazing condition and the paint had really kept its colour. It was no doubt stored in a dark place which helped with this. The engine was crisp with loads of compression and rumble/rattle free. It was a real rare find. 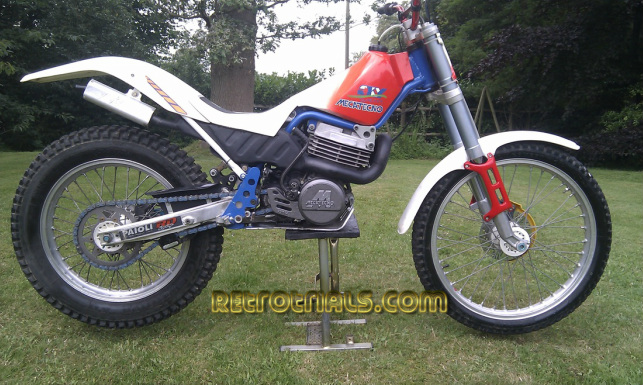 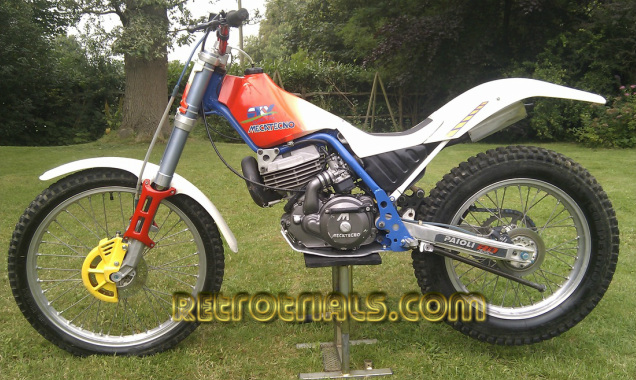