the history of alpha trial

Thank you to Gilles Escuyer for his help with this feature.
The industry of modern Trials motorcycles has been dominated for so many years by the Spanish, Italian and Japanese factories. However it wasn't so long ago that the French tried to muscle their way in and get a piece of the action.

Of course, it is well known that Jorel Correy embarqued on the journey of Trials machine manufacturing with his company JCM. The 1983 launch of the initial model helped to revolutionize the industry incorporating single shock rear suspension. The company continued to innovate with later models using under seat petrol tanks. However, none of this was enough. By 1987 the Japanese Yamaha TY250  with its great handling and high quality levels of was on the scene in addition to the Beta TR34 championed by Jordi Tarres.
Faced with the relentless development in order to compete in the market place, Joel called it a day and finished with the achievement of 4 yearssuccessful production.

Much much lesser known, is the French brand of Alpha.
In addition to other projects that were always underway, in 1983 Jacques set about designing and then manufacturing a prototype trials machine featuring a 240cc Honda engine.
In 1984, realizing that production at this level was most certainly not going to be economically viable, Jacques worked on another of his true passions, ship building. He was a self taught fabricator and technical draughtsman. This ensured his designs were examined before he set about shaping the metal and fibreglass. His work on the motorcycles and the farm, all self taught, helped him master the techniques and concepts required to build his sail boats using stainless steel, aluminum and other stainless alloys.
The Alpha factory in Saint Esteve, Southern France. 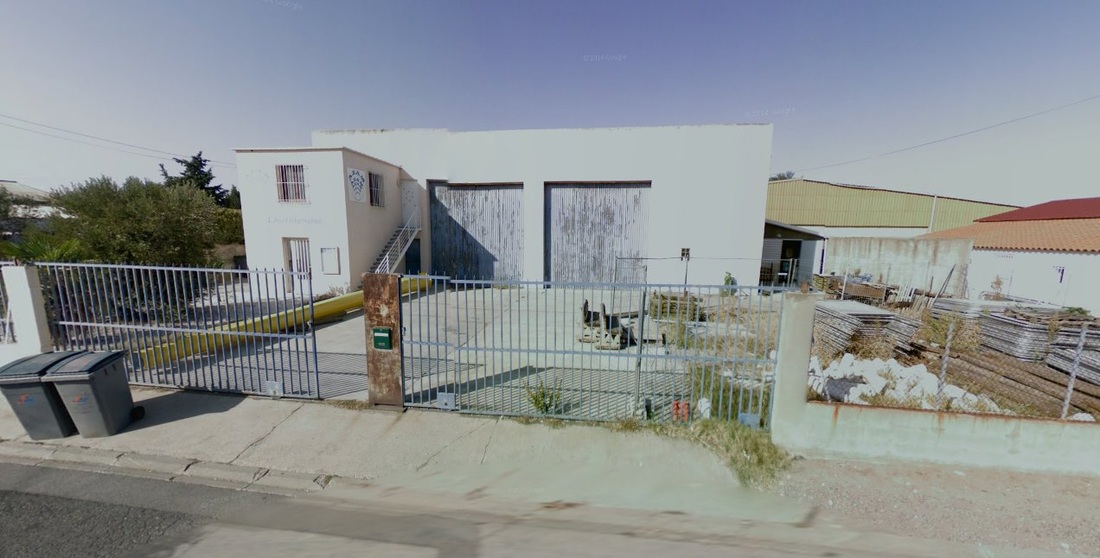 The Alpha Trial history www.retrotrials.com
Surprisingly, despite the fact that the Alpha was made in France, they are still Catalunian, as the map on the left displays. The map below right shows Saint Esteve's location in Catalunia and that it is only a 2hr drive from Girona, Spain, the heart of the Spanish Trials.
The 1989 Alpha Micra Trial 252

The first 1989 model was adorned in French colours symbolic of Jacques national pride. Given good press and good reviews orders came in, however the factory was not able to supply in good time and this affected consumer confidence. 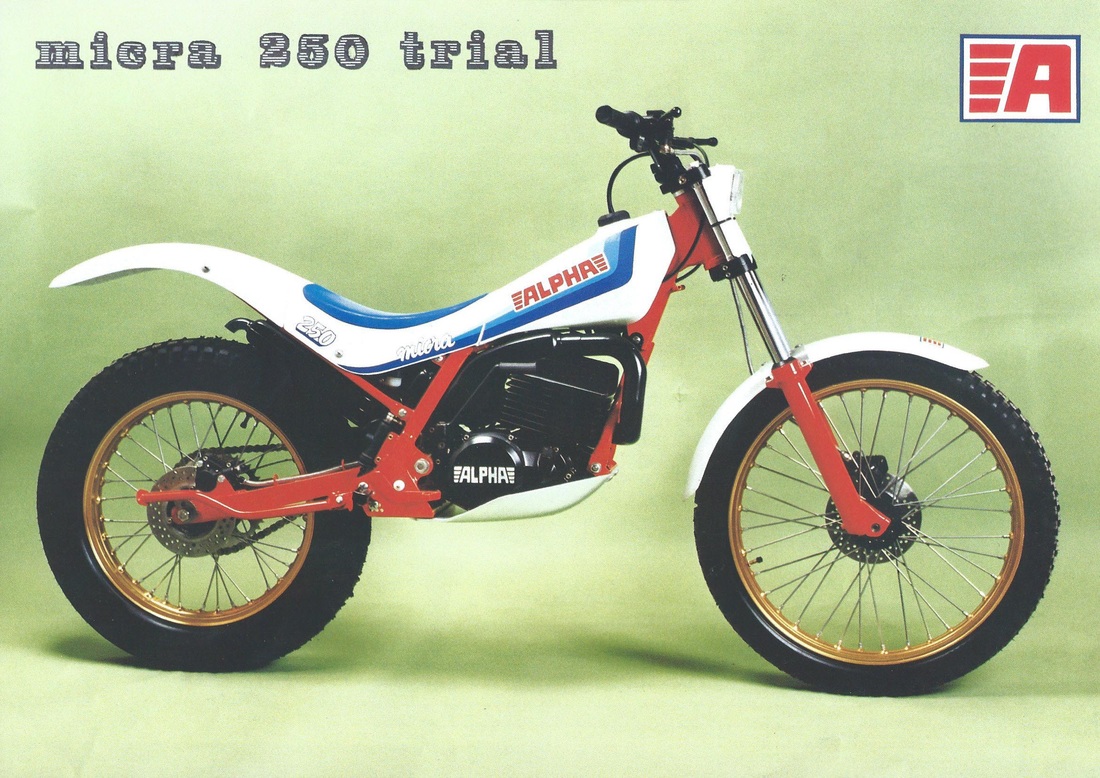 The Alpha Trial history www.retrotrials.com
It was 1989, a whole 2 years later, before the Alpha 252 Micra was produced and for sale. In truth Jacques found the transition between development and production very difficult. There were challenges of testing for reliability, refinement and part modifications, finance, organisation and of course finding dealers for this new (back on the scene) marque. The Micra was received well by the motorcycle press and riders alike. 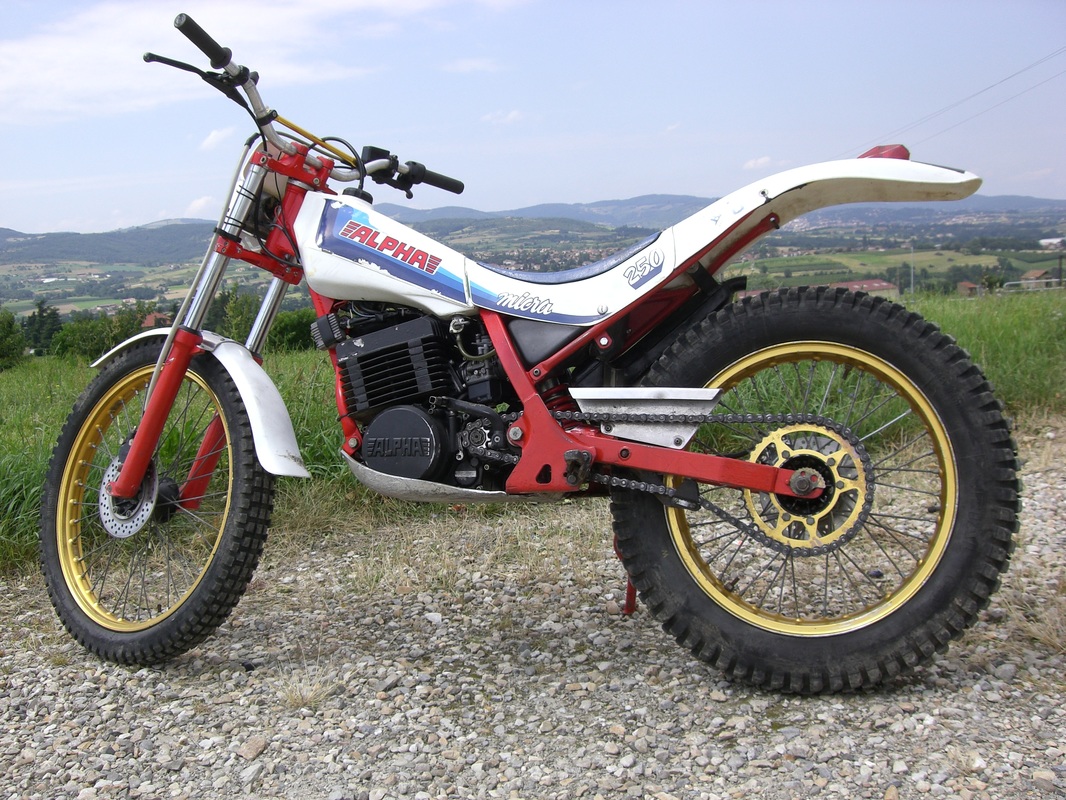 The Alpha Trial history www.retrotrials.com
The Alpha featured its own engine based upon the Villa / Hiro and Tau units. 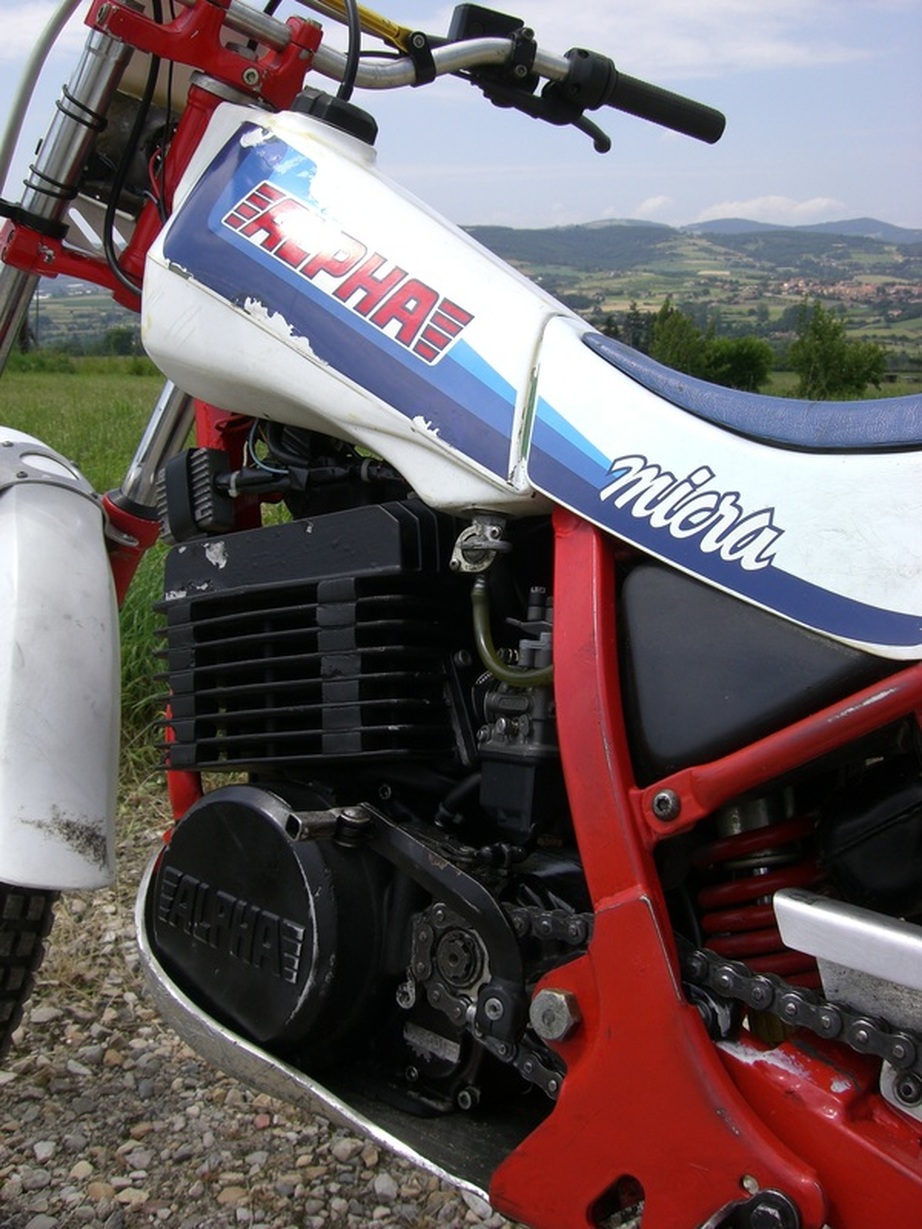 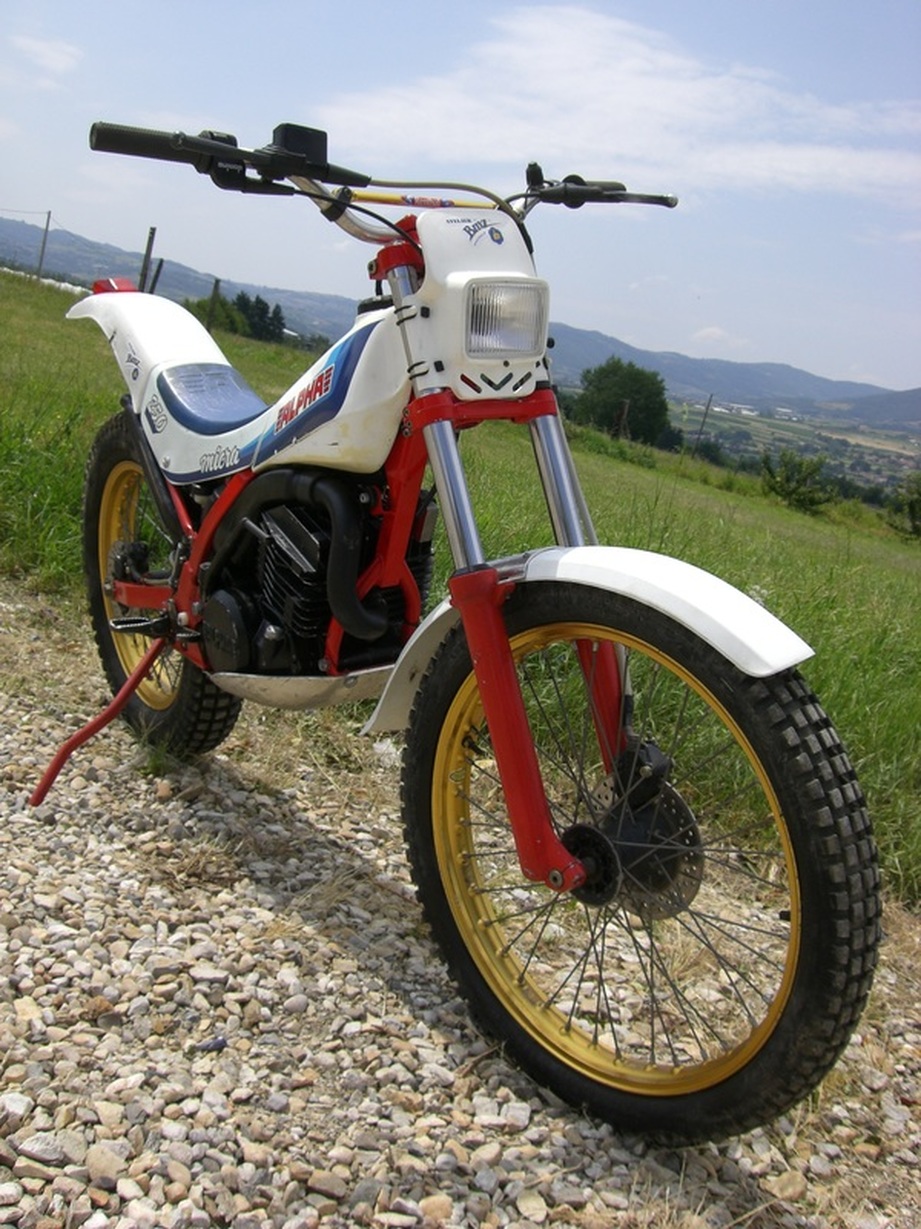 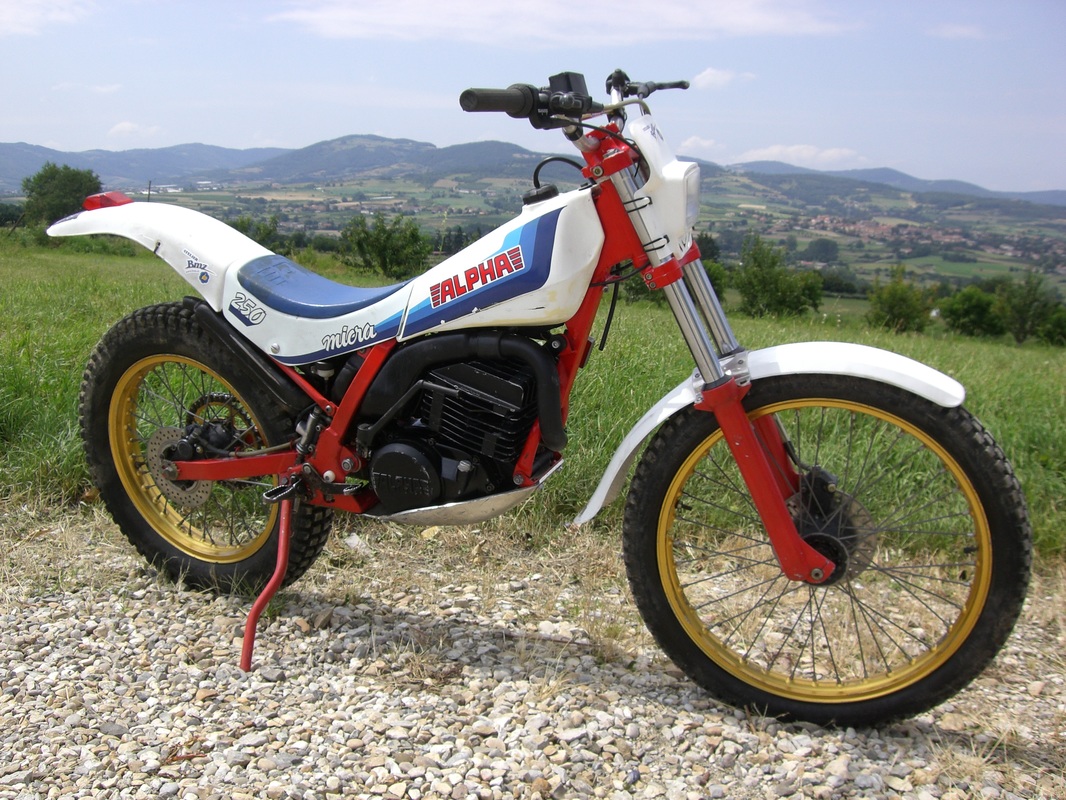