Ramon Mira was the designer at Mecatecno. Whilst Jordi Rabassa managed the whole operation and Joan Ruiz was the Mechanical guru, Ramon had his finger on the pulse and produced the drawings for the motorcycles, the childrens bikes and the engines. He was an important partner in making the whole operation work. His vision interpreted their conversations and put them on paper. His intimate knowledge of the world of motorcycle design earnt from a long career with Derbi produced some of the most striking motorcycles of the decade. Motorcycles that were ambitious and that dared to be different .

Ramon was the last of the Mecatecno 3 that i met. Jordi Rabassa and Joan Ruiz set up the meeting - thank you.


On the 25th of June 2012 I met Ramon Mira for the first time. We met at the beautiful house of Jordi Rabassa in Barcelona. Also with us was Juan Ruiz . This was the first time the 3 men have met and been together in 15 years plus.

I photographed the reunion and then spoke with Ramon about his days with Mecatecno.I recorded the whole meeting . Whilst the meeting continued in Jordi's high ceilinged traditional home the chatter and laughter of his Grand children and daughter were in the back ground.

Many many years ago . Well over 10 years ago.

RT - When were you born

RT - Where abouts in Spain were you born?

Near Portugal but in Spain

RT - What did you do for work before Mecatecno?

When i was 11 years of age i started my first job with Derbi. I help around the factory and sweep the floors and other things like this. I was very young. I go to Derbi straight after i leave school. When i was with Derbi i also go to university as well for 1 day a week.

After many years i became the chairman of the design department at Derbi. I have a team of 14 persons designing all parts of the Derbi motorcycles. We use drawing boards as there are no computers then. The technical design department was very big.

We design there the first trial bike with the modern concept. This bike was made as a prototype in 1968 by Derbi and was the first trials bike to be designed with the very low seat and the special chassis and suspension. This motorcycle have a small 2 stroke engine. The rider who ride with this was Mercel Corch who later rode with Mecatecno. This was the first motorcycle with the modern concept. Only one of these bikes was built.

Then and Now photos

Here is a 1978 photograph of the 3 Mecatecno men standing by their workshop in the rear of Jordi Rabasa's garden
Juan Ruiz to the left , Jordi Rabassa in the middle and Ramon Mira to the right. They are pictured with their first crop of childrens motorcycle ever , the "Hobby" 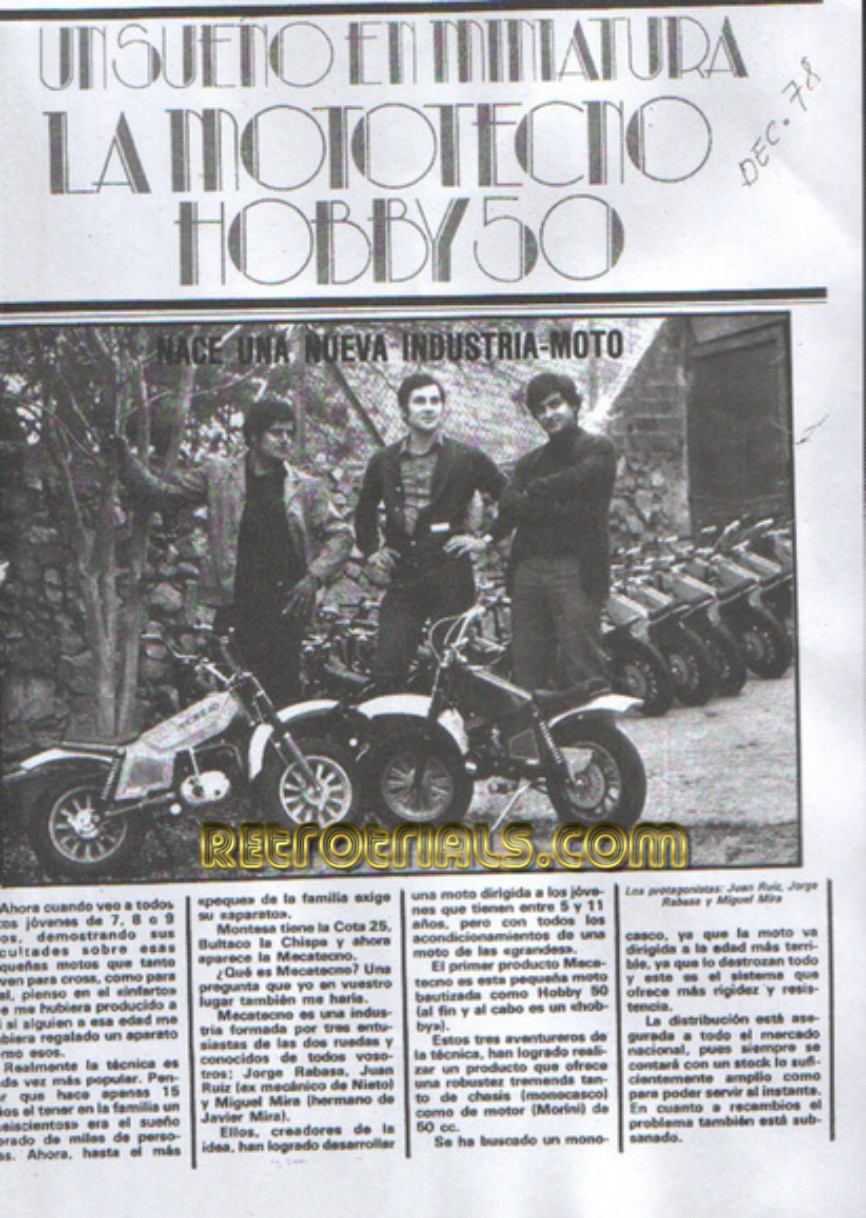 This is the first publicity photo for Mecatecno . The three men stand in front of the original workshops at Jord Rabassa's home
Now
Here is the photo Jordi's daughter took of the Mecatecno 3 standing with my wife and I . It is exactly the same location as before , by the same tree. Only now, the tree is older and larger. 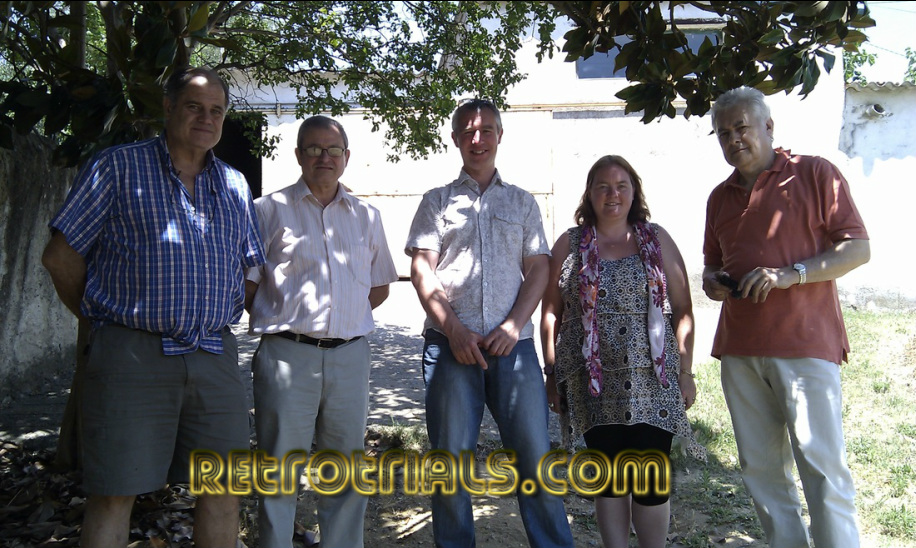 Joan Ruiz to the left standing next to Ramon Mira. Mecatecno owner Jordi Rabassa is on the right hand side.