The Torello workshop of Paxau is without doubt, one hell of a place.

Girls, men and boys who love the sport, spend their hard earned wages on the Trial machine of their choice. Most of us work on our motorcycle. Most of us lavish hours and hours on our bikes each week. In fact, it's crazy to think that many of us spend more time in our sheds and garages with our bikes that we do with our wives, partners or family. Whether it's in our sheds or at the trial, once our work is completed, we stand back and quietly admire our own bikes. We chose them, we pamper them, we love them.

And we feel that same way about the bikes of the Trial Superstars. I've certainly noticed that spectators photoed, have their eyes down looking at the machine rather than the rider. Maybe you've seen this as well. Standing by, or seeing good photos of a Champion's machine is a joy to behold. Our eyes are peeled for modifications as if we are trying to gain some understanding of the riders success and somehow adopt some of this by learning his tricks.

Trials riding is a very refined and delicate sport. The slightest body movement induces machine behaviour change. The machines are also very refined and are based upon a very simple, unchanged geometry. Because of this, refinement is everything.

Josep Paxau and his team has occupied these same premises since the 1970's and have been refining Trials motorcycles since the 1970's. No place has had greater influence on Trials machine development, with more longevity than Motos Paxau on Carrer Jordi, Torello.

From working with Merlin, Montesa, Ossa and Sherco's World Champions to being the sole trusted engine mechanic of Jordi Tarres on GasGas and Albert Cabestany. These workshops are where the top Spanish riders come for machine customisation and preparation.

For 30 years it's also where the factories have come for next years model.

From the outside even the building looks cool.
The premises has 2 entrances. The workshop entrance is via the open door on the left, the shop entrance is on the far right.
​Lets have a look around.

Paxau's workshops - Tour www.retrotrials.com
Into the shop first. Josep Paxau's wife runs the shop. The shop blends Trial history and the lastest models well. Paxau clothing and trick parts are there to view and buy.

Paxau's workshops - Tour www.retrotrials.com
As well as a tuning house and prototype developer , the Paxau workshop is fronted by a shop , where they sell primarily Sherco.
Of particular interest to me was the green plant. Noticing that one leaf had yellow on the tip of its leaf I recommended a small dose of nitrogen to pick up the spirits of this beleaguered ever green. 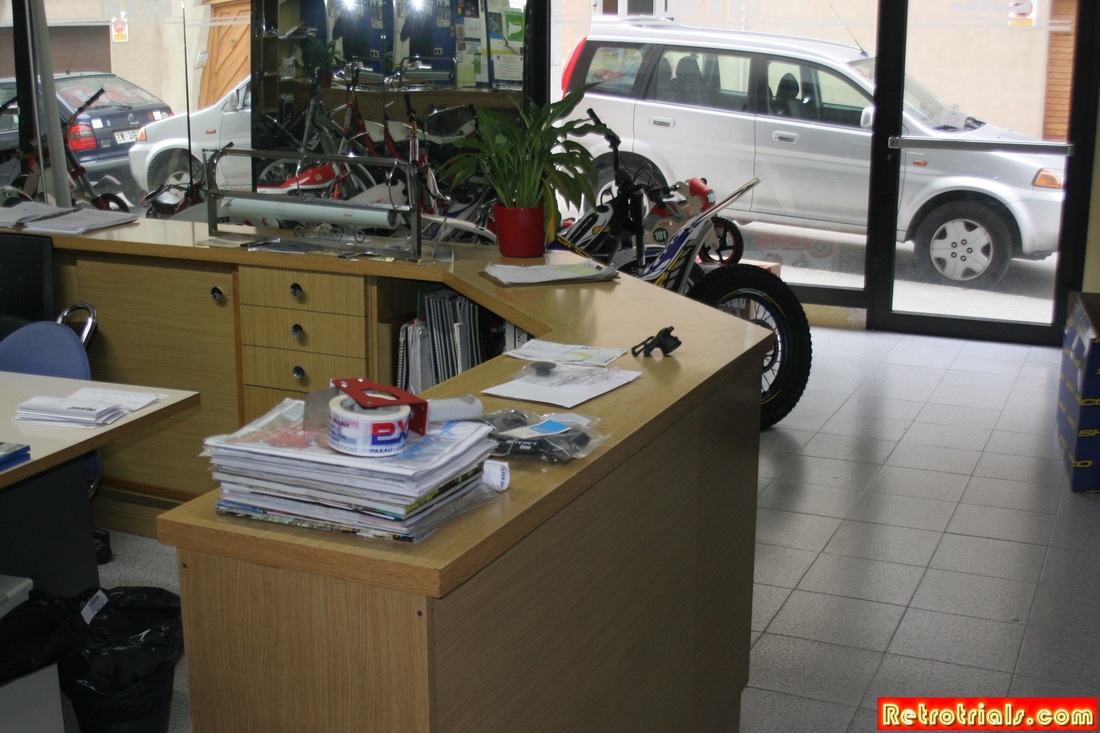 Paxau's workshops - Tour www.retrotrials.com
Covering all of the walls were Josep's favourite posters marking significant moments in his design career. 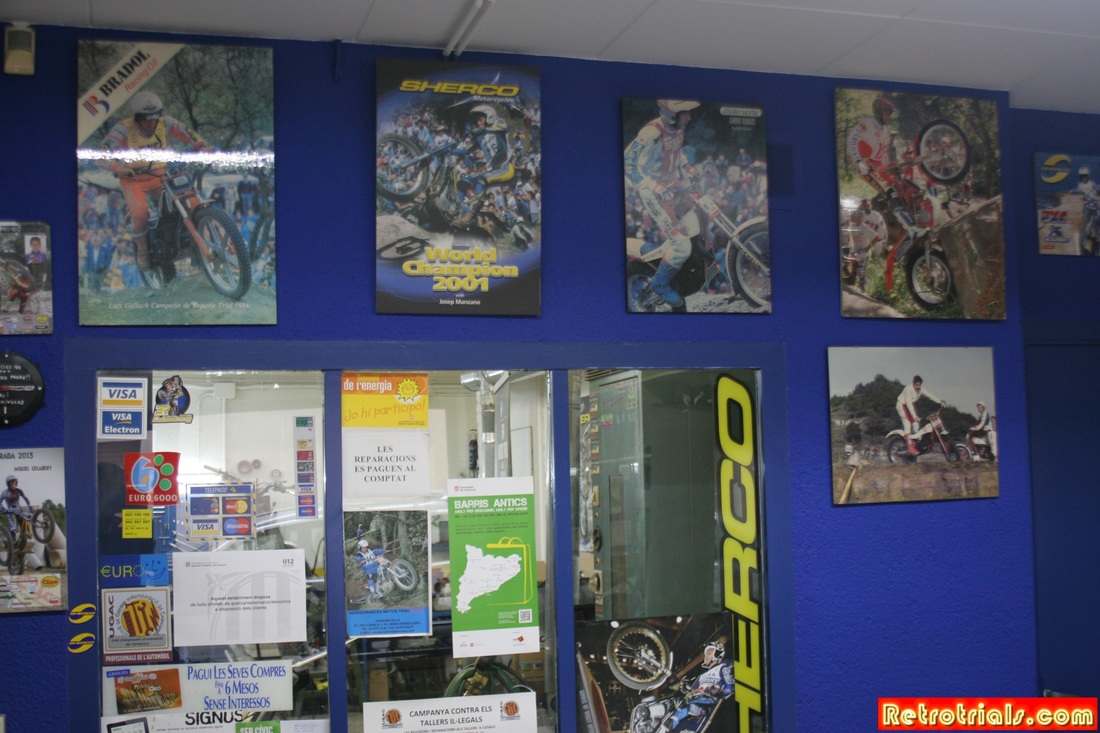 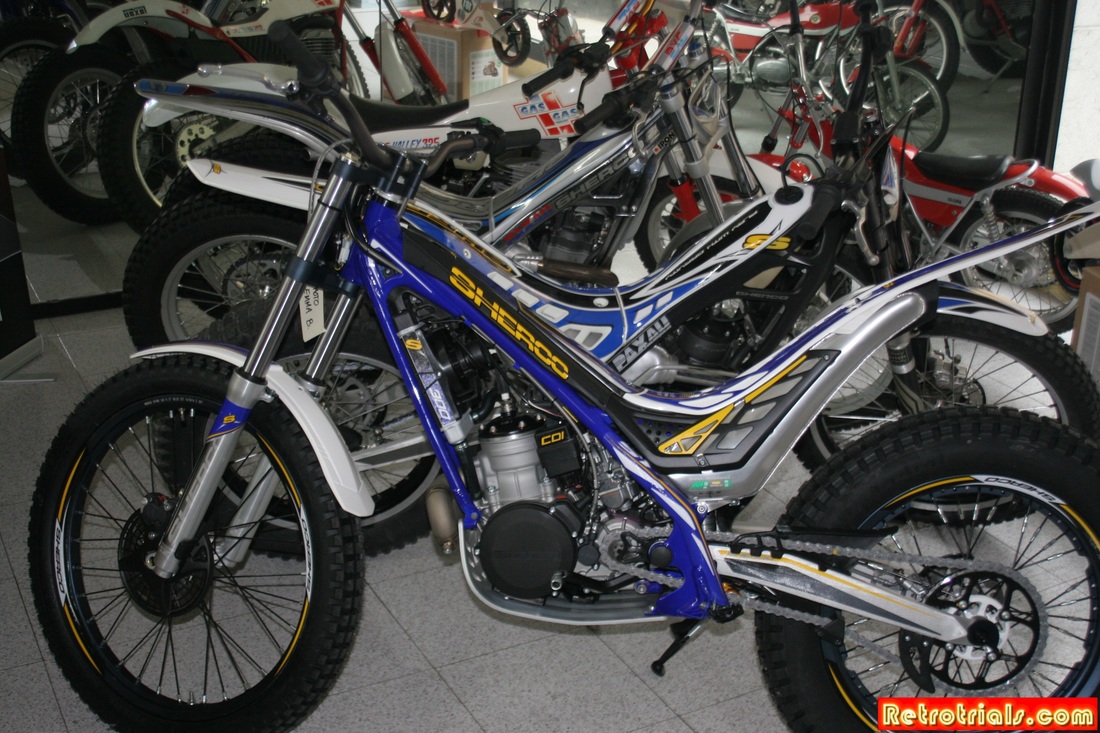 Paxau's workshops - Tour www.retrotrials.com
As well as the obvious I photoed some little areas and things that caught my eye :)
You have now seen the shop. Lets go to the workshop, where the magic happens and where Paxau earned his name for excellence.

Lets look at the entrance to the workshop onto the street. Prototype watercooled Montesa's. Ground breaking mono shock machines in a then World of two shocks. Watercooled forgotten Merlin prototypes, Mecatecno's, GasGas and stripped bare Sherco prototype after prototype. 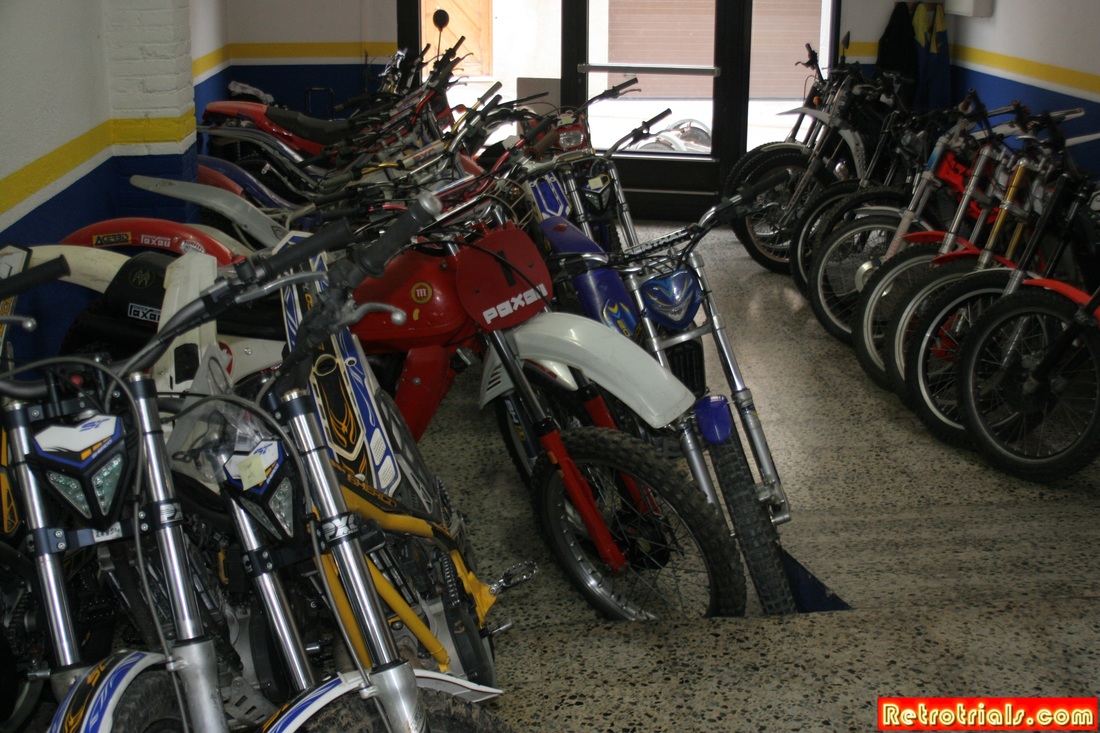 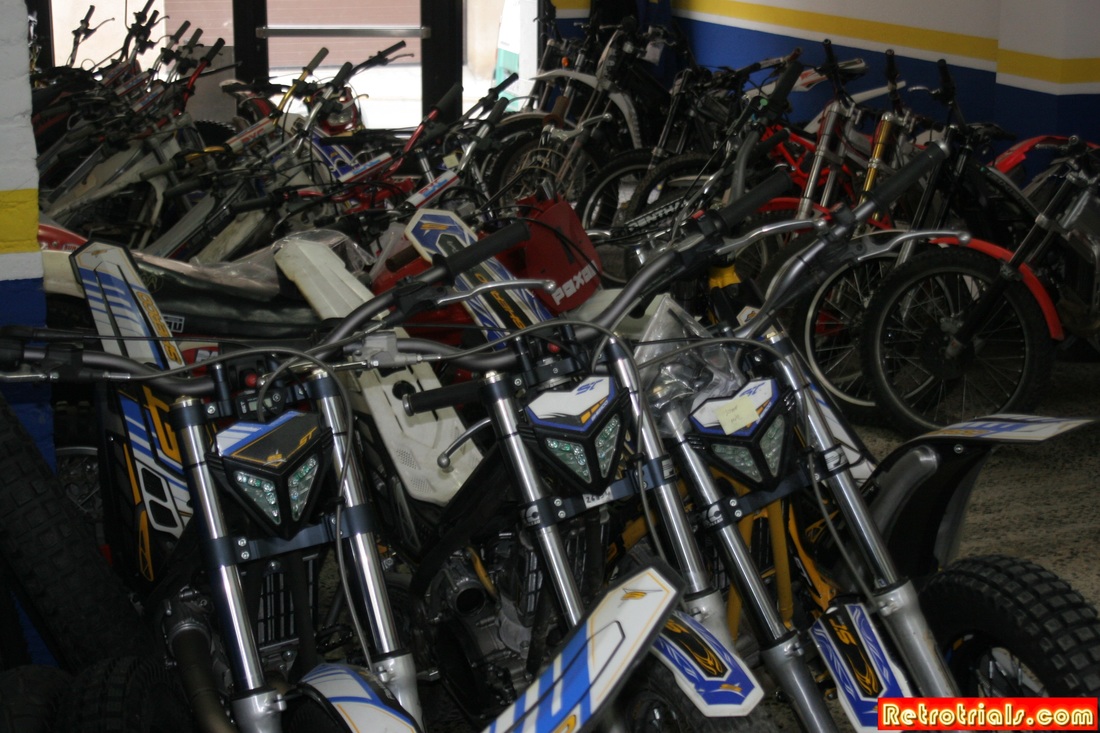