Bernie back in February 1979 at the Rhayader, UK World Trial. It sure was a change of weather for the Socal kid . 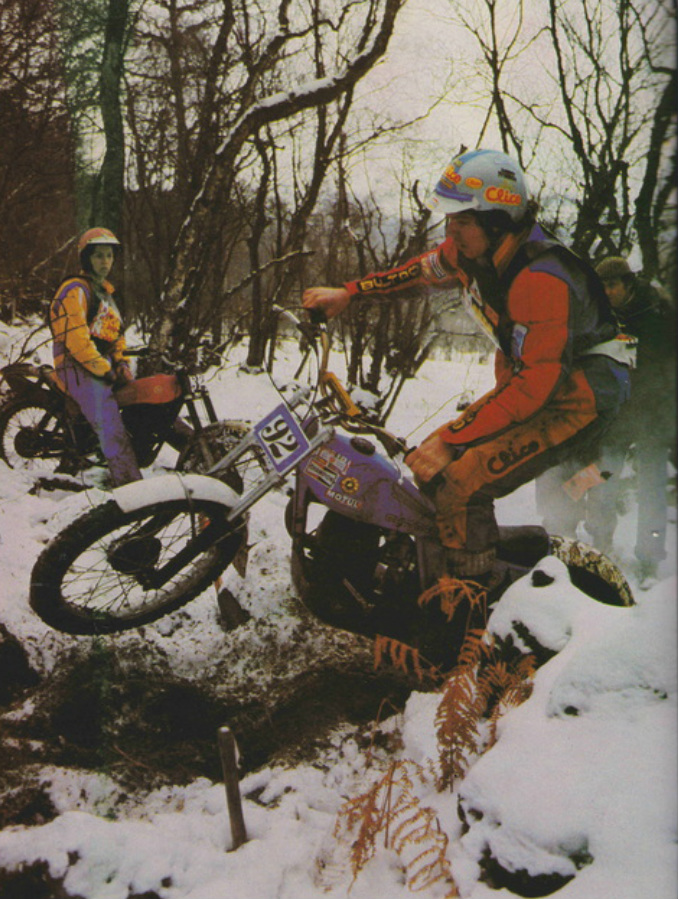 2014 Bernie Schreiber Interview .Photo TMX
Bernie riding an awesome section (you can tell i've been hanging out with Bernie) at Caillich during the 1980 Scottish Six Days Trial 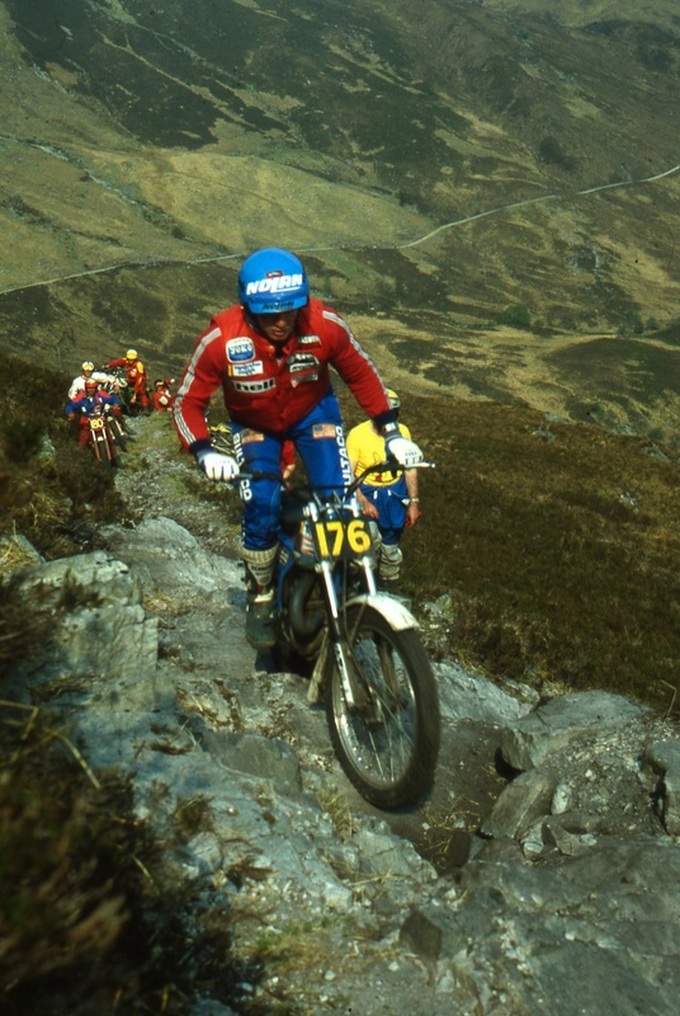 2014 Bernie Schreiber Interview photo iain lawrie
﻿I didn’t like the way that the whole structure was including the painting here and painting there of various parts on your bike. You
can't change this. Its rules and regulations. I just wanted to ride and clean sections. I didn't want to go into this type of setting.
Basically I rode this once in,  I think 1977 and as Coultard in 1976. I went back in 1977 and 1979 maybe and won in 1982. After than , i said i'm never going back again. It was better my Scottish story finished like that.

Then I left Bultaco and went to Italjet and then left Italjet and went to SWM.
Finally we agreed that I would go to the Scottish and I would ride the Scottish but only after a fight. I told Piero, I'll go but if I win I'm not going back again, ever. I'll go back just for you. That’s basically just what I said. I didn't have to go to the Scottish in the contract, so I could have refused it. I wasn’t obligated you see. I was contracted to ride the the World Championship but not the Scottish .
So , for Piero I went and rode  and I won the Scottish six days. Its reported somewhere that I mentioned to a British journalist that I said “If I win I'm never coming back”. I think it was quite an interesting story. I'm very proud of that win as the Scottish has been
around since the beginning of trials . It’s something great.

How did the guy from SWM change your life?

It was just in general with him. He was a dentist and also half Armenian. I think his father was Armenian and his mother was Italian.
His wife was a teacher in philosophy. He was a genius and he really opened me up about a lot of other things besides trials. We
would hardly ever talk about trials. I was living in the house with them almost like a son for a year. After this I had my own place in
Milan. This was the time when I really starting to grow up. I was living in Milan during those years from 1980 to 1985. You know, just understanding the streets. Its like living in New York or London. I just became street smart at this time. It got me to think like this.
He taught me a lot about life in general. He changed my life and to look at life from a different perspective. I'm American kid from
California, it was kind of an artificial World until he taught me this.
A nice photo of Bernie riding the Bultaco , but with just one glove 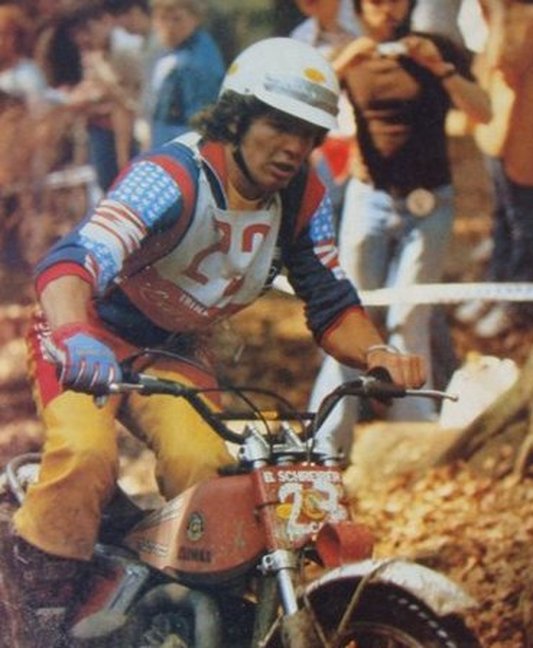