The back frame was a real self made part on the bike. I have measured a lot and compared the pictures of the Proto with my 1990
Zero. Only the back frame of the 1990 model looks more or less simular. But in actual fact it´s not roughly the same frame.
The angles and even the measurements are different just in order to get the TR 34 rear fender fittet. Also the rear fender and the seat have to be cutted into the right shape. To find spare parts in good conditions which I could use have become very rare. But Jason and his mate Bryn Matton got two fenders for me and would send me the parts over to germany. I have to thank at this point. Even the rare original TR34 head light came from Jason. Without him it would have been much much harder to get the bike done.
I have ordered the aluminium struts for my and jasons bike and had to take 6 meters of that stuff. But anyway for two back frames I would need two out of three, so it was ok.
The problem was that the struts on the Beta having grooves. The struts I got were even.
So the grooves had to be milled into the struts before I could start with the frame. It needed more than a few minutes to get the struts looking same. After I got the finished struts, I had to start with nothing. I made me a stencil to transfer the right angles for the back frame. It was very tricky and I had to tac weld it first bevor the finish weld work. So I could bend all the struts again to get them into the right position.

For that work I used a second spare frame and went to a guy with a welding unit for aluminum. With my welding unit I was only able to weld steel.

Aluminum. With my welding unit I was only able to weld steel.

So I had to put the struts on and off around 20 times to get the right agles cuts and position. Even the brackets for the air box had to be noted. 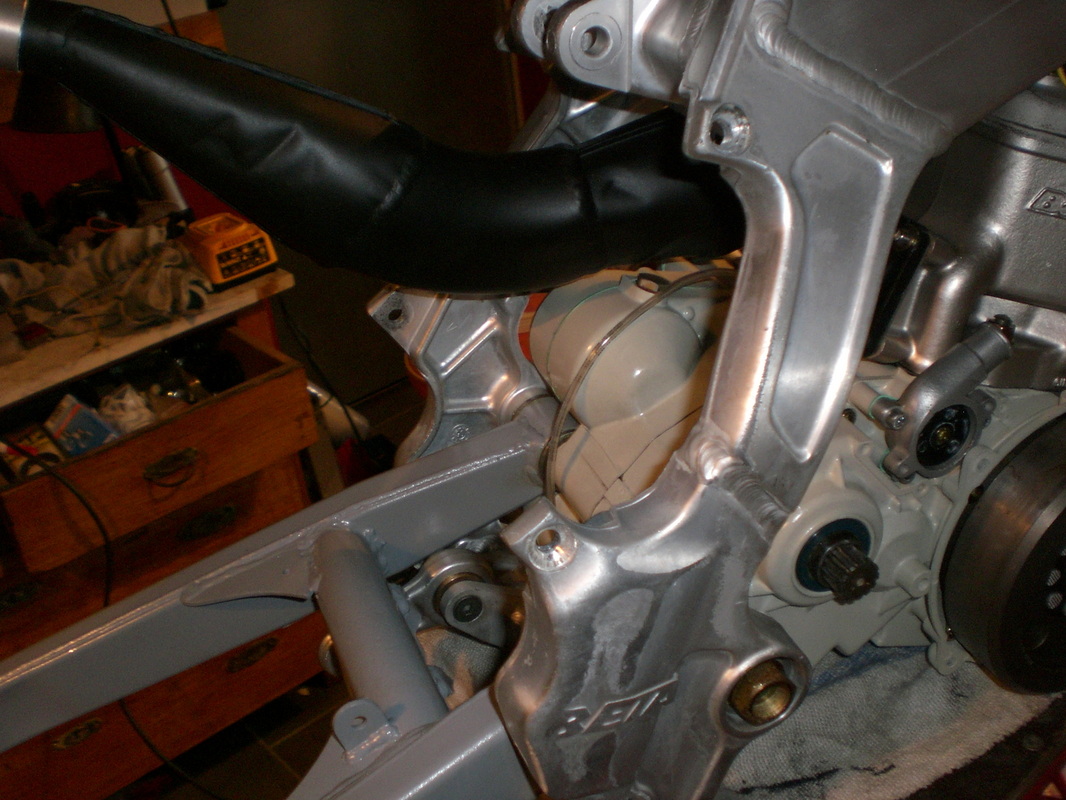 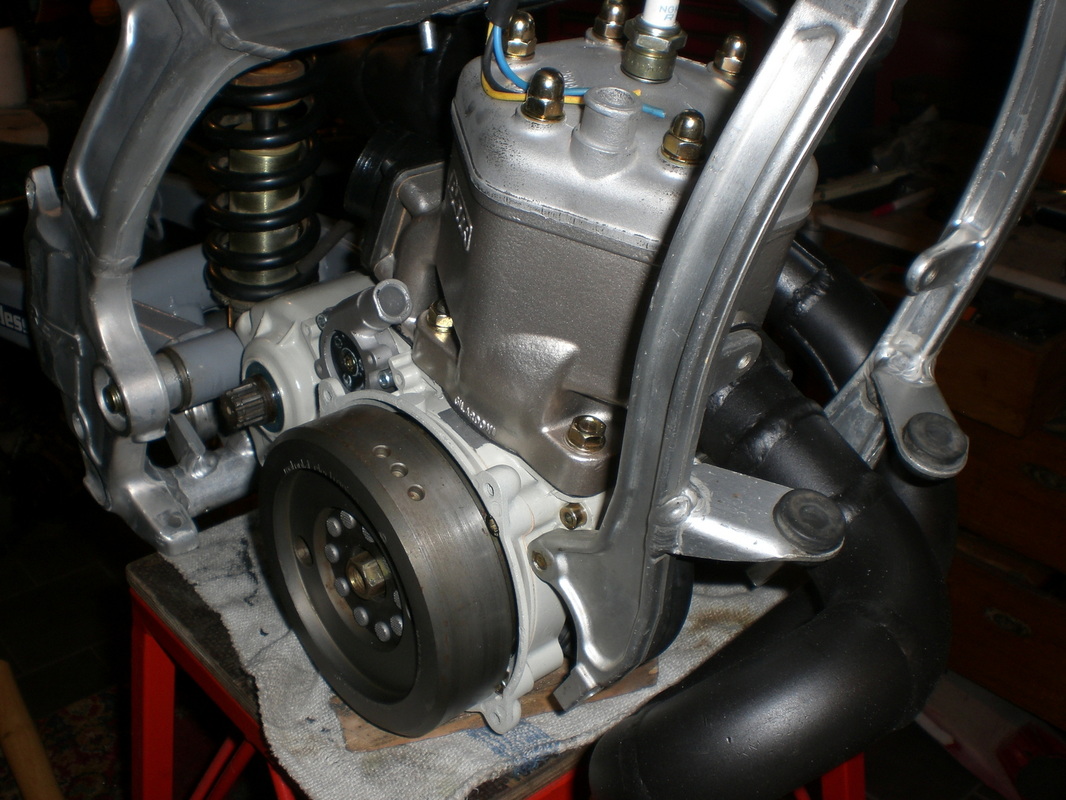