send me pictures of your memorabilia to james@retrotrials.com

Some of the trophies that Eddy Lejeune kindly gave me 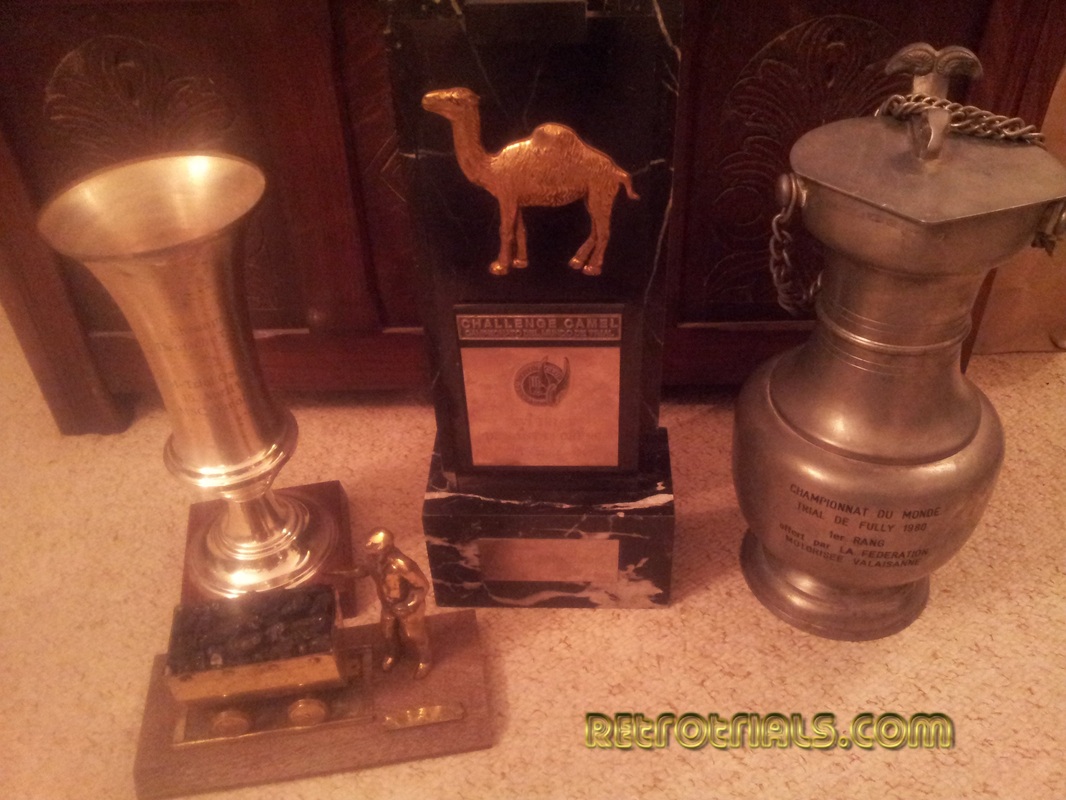 Eddy Lejeune WWW.RETROTRIALS.COM
Awarded to Eddy Lejeune for 3rd place at the German World Trials round on 15/4/1984 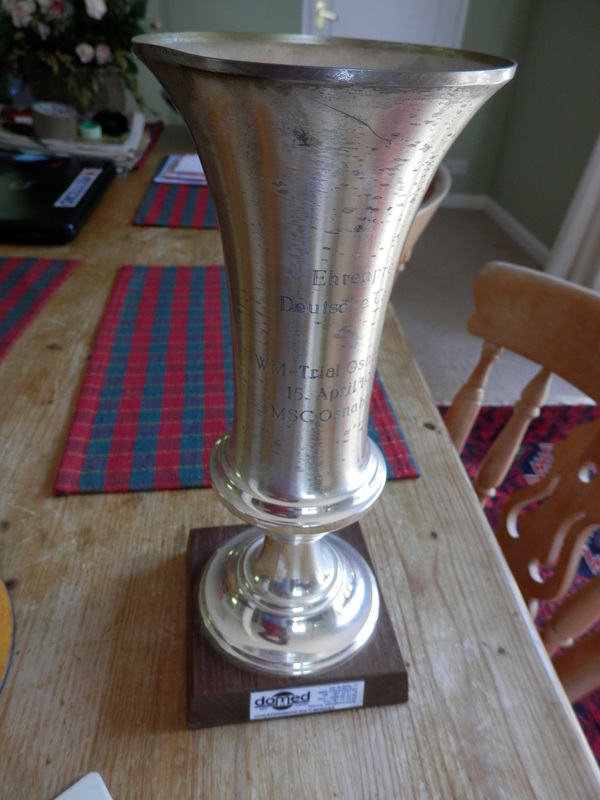 Eddy Lejeune WWW.RETROTRIALS.COM
Garibaldi had a collaboration and shares with Nolan. This meant that being Sponsored by Garibaldi automatically meanth that the sponsorship included Nolan.Riders including Jordi Tarres & Jason Finn used the specially made Fibreglass Peaks to Make their Shoei TR2p Helmets look different so that they wouldnt upset Nolan .The Rubber mounts on the sides of their Helmets were taken off and filled in.  This was so they they could use the Shoei Helmets as Nolan helmets through Garibaldi, as there were no specific Nolan "Trials" helmet at that time. Shoei was the Helmet to have!! Marc Colomer Filled the rubber sides in of the Shoei but just used the standard Shoei peak