Jotagas plans
I bought a Jotagas back in 2012 because of a number of things . I love the bike. I love the engine and the chassis . I think it handles amazingly and made me a better rider.The engine is super smooth and grips like nothing else. I also love the styling and the distinctive alloy chassis. Im a great fan of Jordi Tarres , so that's another reason why i bought Jotagas .I also particularly love the fact that it is a small and special marque and not a huge impersonal company. You , the customer matter to Jotagas. For instance i gave my feedback to the company regarding two minor changes that i thought that were  required. They weren't critical , but they would just make the bike even better .  Bingo , they've both been done and the bikes has changed , just like that.


To view the company , you have to know the boss.

Josep Pibernat started as the enduro rider. He was 1975 175cc Spanish Champion and won several gold medals in the ISDE. After his riding career stopped he started GasGas motorcycles with Narcis Casas in 1985.  He was the operations man at Gasgas and gave them their best years of constant growth turning his tiny investment into a multi million pound company. He was the main man behind all the tech and improvement at Gasgas. Pibernat  left GasGas in 08 after selling his company shares back to the Holding company that was now in charge of GasGas . 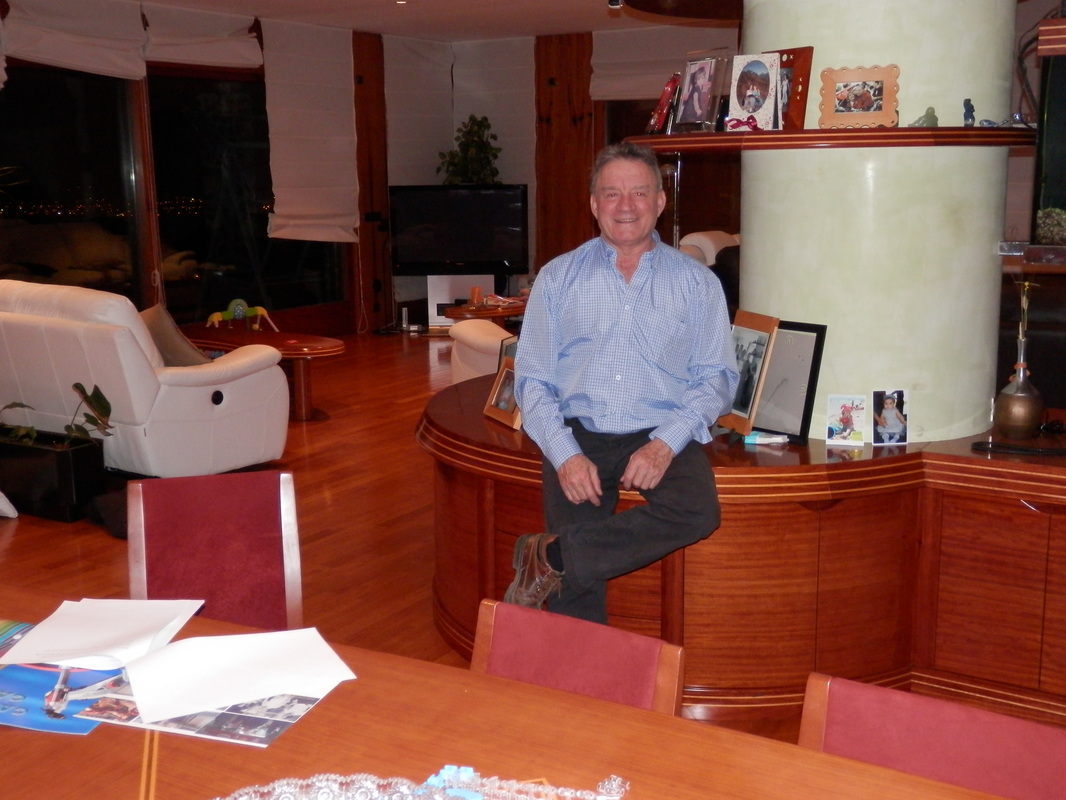 2014 jotagas factory tour WWW.RETROTRIALS.COM
Piber is driven to work on tech. Piber is not an office man , he is a hard worker .He spends a lot of time refining parts and talking to suppliers . The guy never stops working. His determination and his sole purpose is to get things done without any interruptions is an example or work ethic to us all.

I can honestly say , that i have never met anyone that is so openly visibly driven as Piber. I think Piber makes you look at your own life and think "I could do more".

And what is he driven about ?

The success of Jotagas. With this fact alone , rest easy.  Jotagas is in safe hands.

This guy is passionate. He waves his hands about and his face extrudes passion and determination . He talks endlessly and entirely openly about changes , improvements , business challenges , dreams ,prototypes , engines. He wears his heart of a sleeve. He is a very serious uncompromising businessman with huge determination to succeed. I would not want to stand in his way for just one second.

He is as well a charming man ,a man who looks after his guests very well . On my visit , there was nowhere out of bounds for me. I went into his office at his house taking photos everywhere and i went everywhere i wanted at the factory , like i always do. Never once , was i told no photos. Perhaps this was because he was so busy . I dont take advantage of Piber's open character though. I know what he wants out there in the public domain and what he does not and i wont cross that line.  Im sure you understand.

Piber owns JTG because he loves tech , loves the industry,  and cant sit around watching daytime TV. Let me just mention again. He is driven......proper.....constantly talking about new ideas for the bike , small changes ...improvements....one diagram and a phone call to a supplier and theyre done. He knows all of the suppliers from his GasGas days. He's an impressive guy and a human dynamo. An early till late man.

He discussed with me several parts over the dinner table and explained the improvements he had completed. Josep Pibernat is on another level to most of us. How can i get this across to you ?. Piber discussed metal quality , reflex and metal memory. He shows me moving 3D pictures and diagrams of parts of the JTG. He explains who he has overcome this and ensuring longevity of components and the correct tolerance between them. You might be wondering how the twin shaft six speed gearbox used is Jotagas and GasGas even works ( its incredible and most people cant understand it) . Piber is looking to improve it . He's spent his whole life sorting out bikes in industry. He's very experienced. He just knows his job very very well. 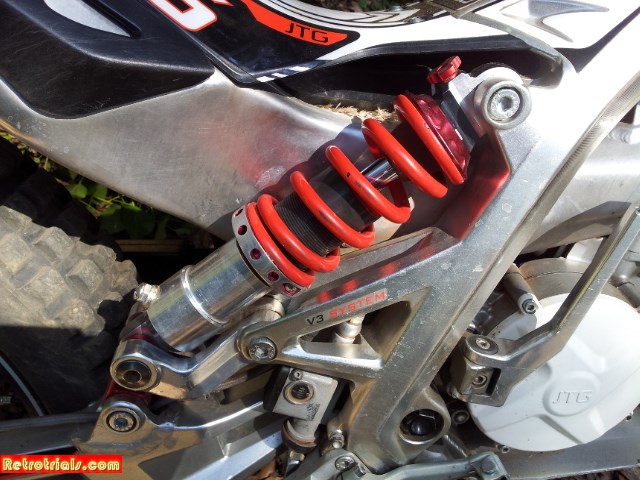 2014 jotagas factory tour WWW.RETROTRIALS.COM
This is a test bike fitted with a special pre production shock. Jotagas have five of the same shock but set up slightly differently internally. It is made by Elk from Canada. It has a thicker body than the Olle. The fast rebound with damping at the bottom of the stroke was superb.

The current standard Olle shock is still being fitted to new Jotagas's at the factory when i visited this week so the supply of Olle is good.This new shock  is still in testing with Jordi Pasquet. I have ridden a bike with the new shock for two hours on 4 of 5 occasions .  Its spot on but for me I couldnt tell any difference.I must point out that im just a clubman rider and dont hop much at all/ The current shock can be adjusted so much you can cater for everyone . Im sure a super duper rider will see a difference , but not me. Id be happy with a rigid back end :).

We will see if this shock is fitted to next years models.

As ive already stated , Jotagas's plans are to increase production with the aim of reaching 1500 per year. Once that is achieved production of the Jotagas enduro machines will start. Being a KXF450 owner i was eager to thrown my leg over , so i did. Ill release a report with photos when i am allowed.

Thank you to Piber , Anna and the Jotagas team for a great couple of days
﻿﻿﻿Grab a test ride of a very special small number production
and gorgeous Catalan trials machine :)﻿﻿