I have 10 different ignition maps on it but actually we never used them other than one. We decided that the beginning on the
seasons to stay with the same one all of the time. We used to work on the testing up until the end of February and then we left the bike and I never made any changes during the season. If there was something real bad then we would try to modify it a little bit but other than that, it stayed the same. The suspension was custom and set up for me also. We had carbon fibre front suspension and we had two sets that was completely out of carbon fibre and it was really extensive. The factory says we only have two, that’s what the budgets stretch to. It was entirely carbon fibre. 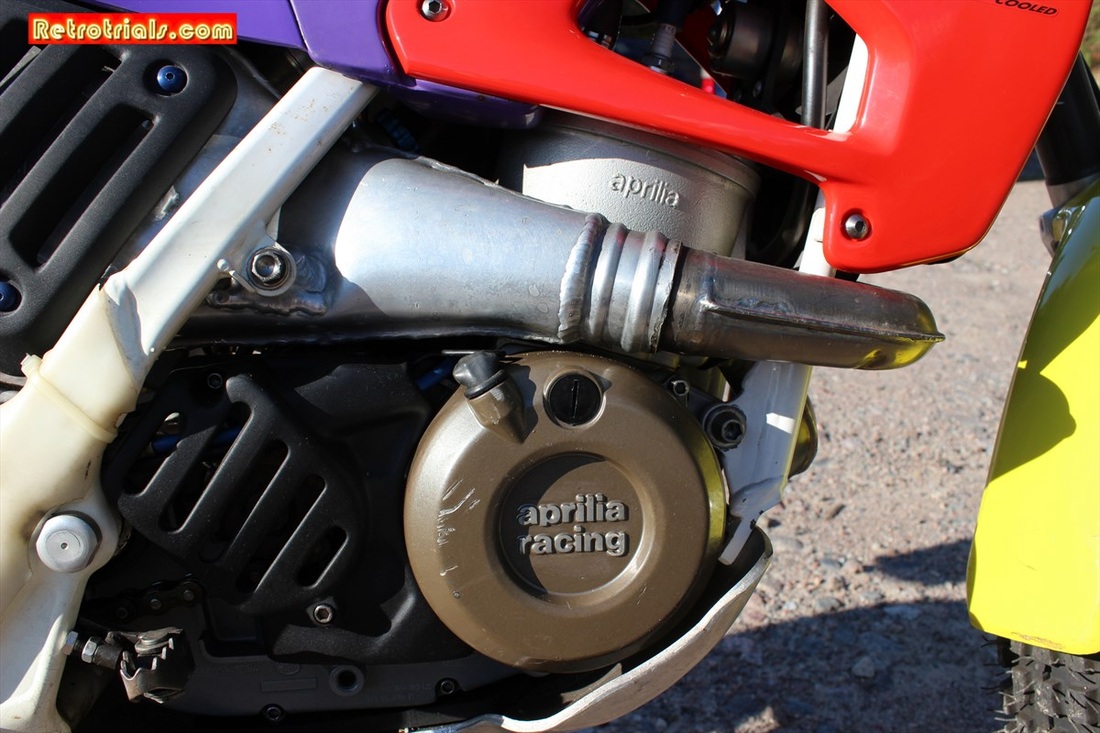 The 1992 Factory Aprilia of Tommi Ahvala www.retrotrials.com
The sliders were carbon, everything. Actually I started with them and I was being really careful with them and I used them for one or two races, I don’t know if I used them for the World Rounds at all but I took them off. I thought I’d rather have that extra weight but I don’t have to worry about the bike. They wouldn’t have charged me if I had messed them up but money being limited they could only stretch to two sets and it would take a lot of time to build a new set. The standard forks were good enough for me.

It was starting to affect my riding that I was a little cautious and not trying 100%, maybe 97%. From what I remember the engine was  very similar to stock but the timing disc was different. To be honest I don’t remember. It was all made of lighter material. Aprilia were real serious about having the bike looking great. We would fit new plastics to the bike for each event. My competitionbike for the races would be brought by the team and it would be like new always. Anything scratched would go on the practise bike. 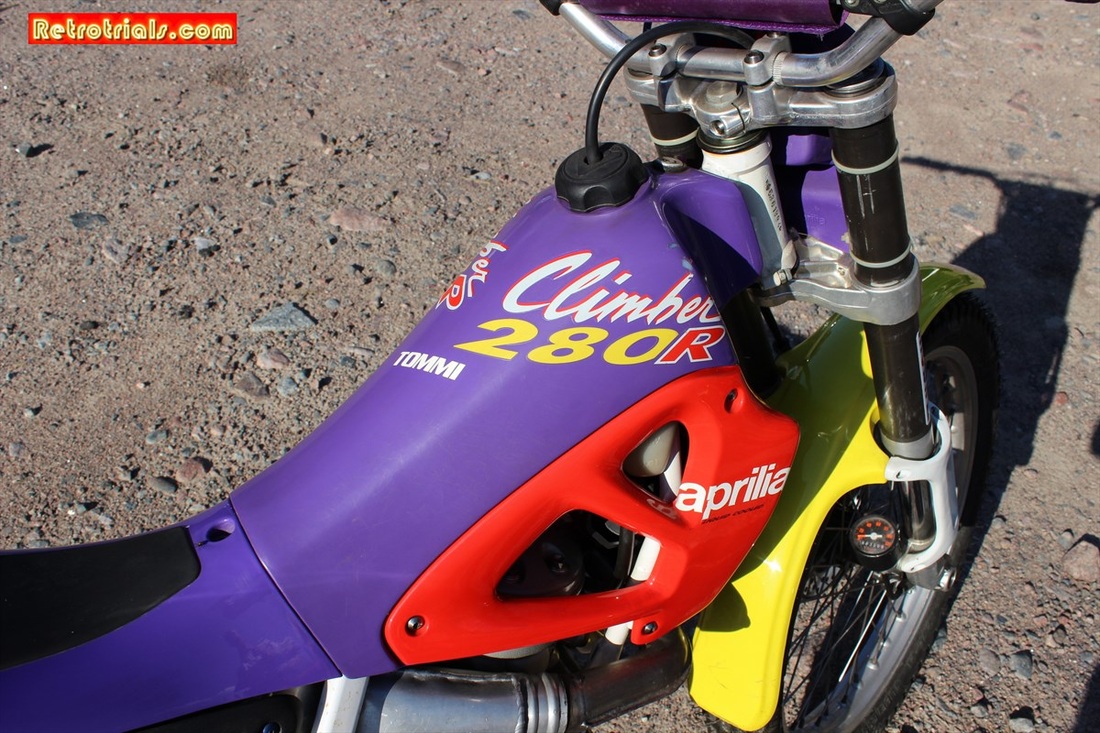 The 1992 Factory Aprilia of Tommi Ahvala www.retrotrials.com
I remember we had this system that Beta started where we didn’t any longer had a number 1 or a number 2 bike. It was all just a bunch of components so you would have one motorcycle and you would just change everything on it. You would never know how many bikes that you would have in the season because it would basically be the same bike but I would have changed the engine 3 times and the suspension 2 times or whatever. It was a different mentality. 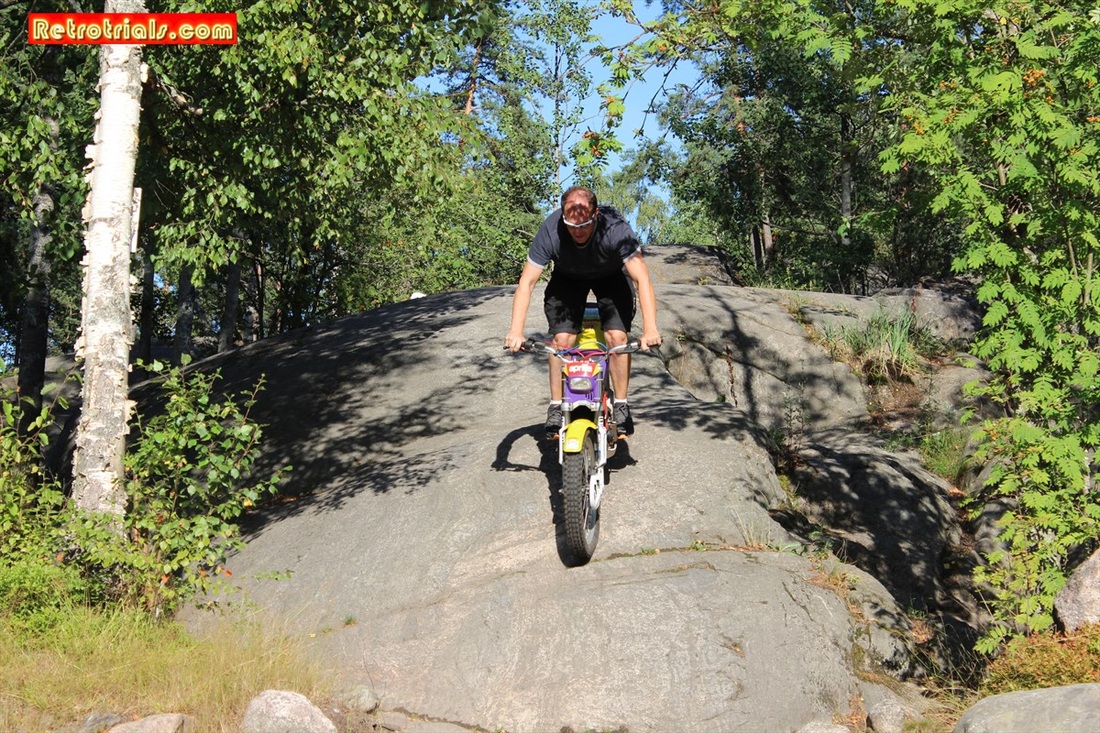 The 1992 Factory Aprilia of Tommi Ahvala www.retrotrials.com
I remember Eduardo Baldini told me that just before the Canadian world trial he just happened to walk past the Evano Petro, the boss and owner of Aprilia. Petro didn’t talk to Eduardo much. All he said was “no matter what it takes, you have to win”. Cost didn’t matter. He never mentioned this to me until after the season end. He felt so much pressure there because he felt that his job was on the line. They would have invested an amount of money, whatever it takes for a team or bike, there was a cheque there as long as they would win. Ha ha ha. If they didn’t win, it would be a bad deal. It was critical. 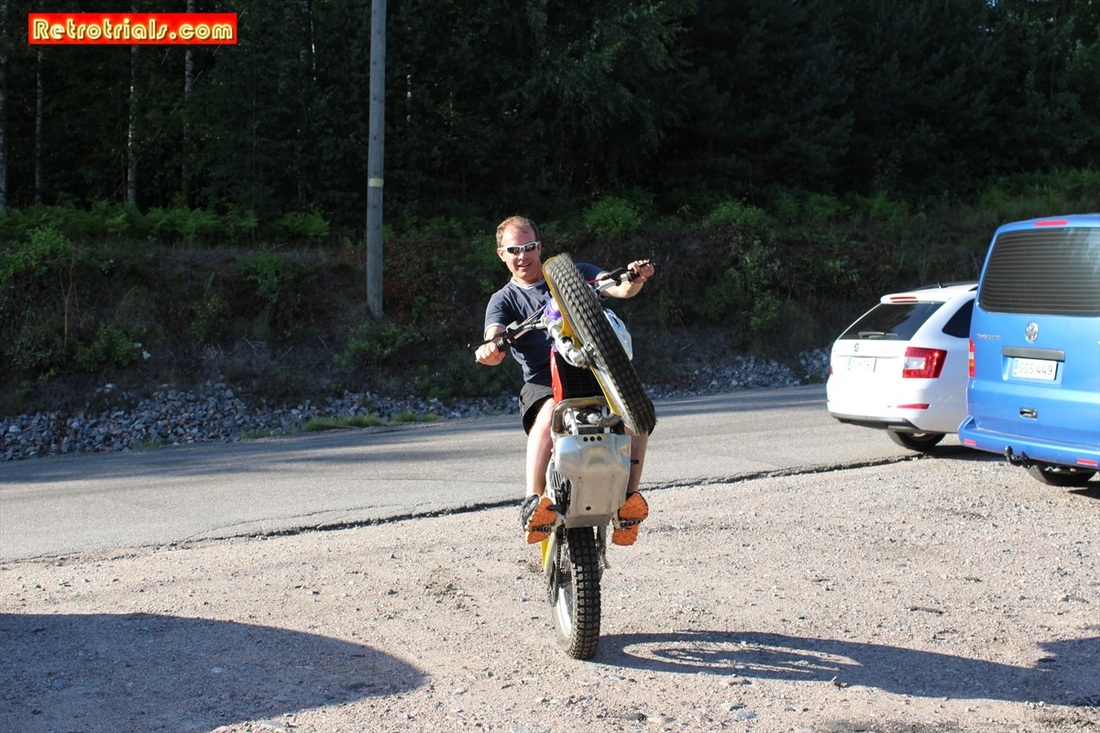 The 1992 Factory Aprilia of Tommi Ahvala www.retrotrials.com
Whatever you do ......don't under estimate that clutch finger. It's lethal :)

It's good to see the bike back home with Tommi after 22 years. How time flies when your having fun :)
Thank you Tommi and good luck in the Finnish Championship this year ....on the Aprilia. 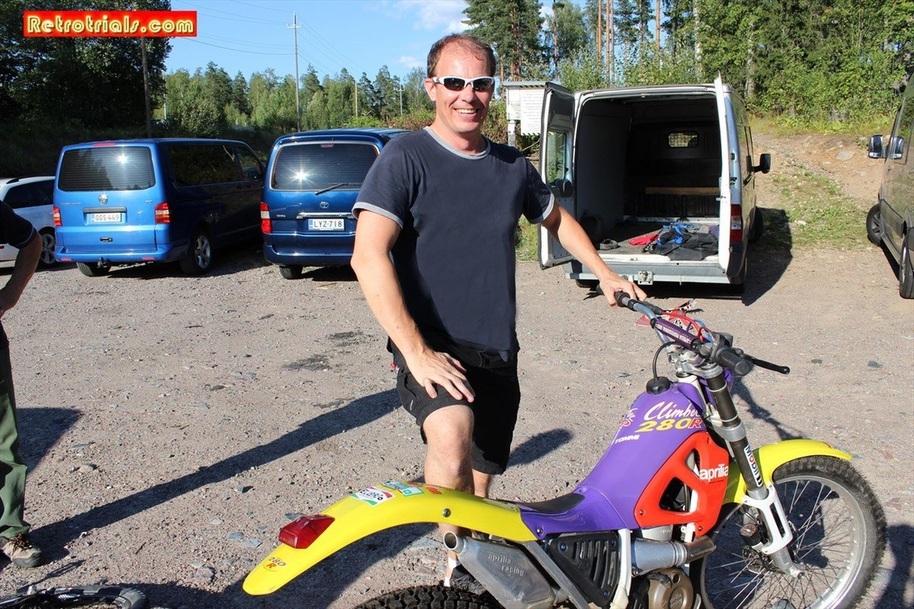