This photo was taken at the 2012 Andorra World Trial, looking down on the paddock and the JTG truck 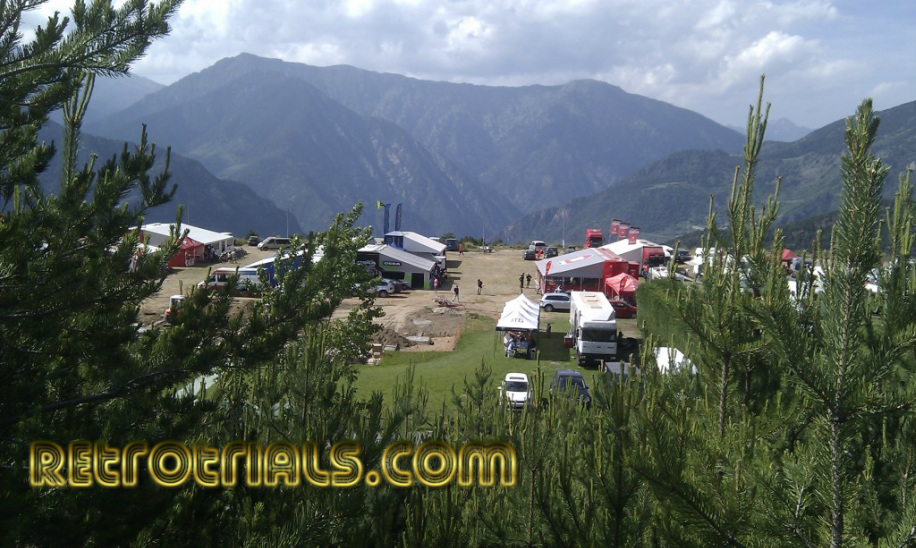 the jotagas stand at the andorra world trial 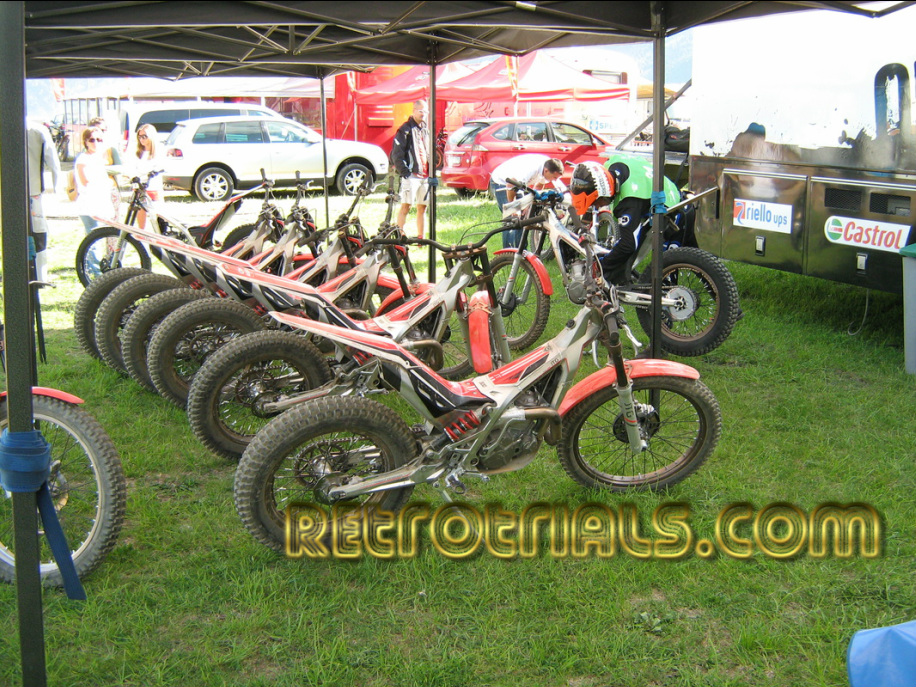 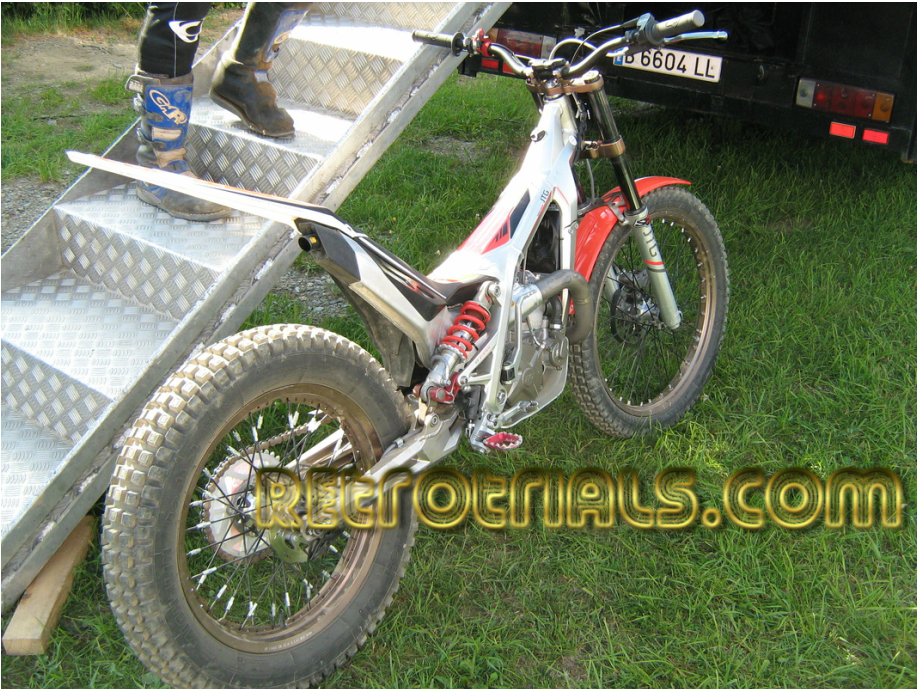 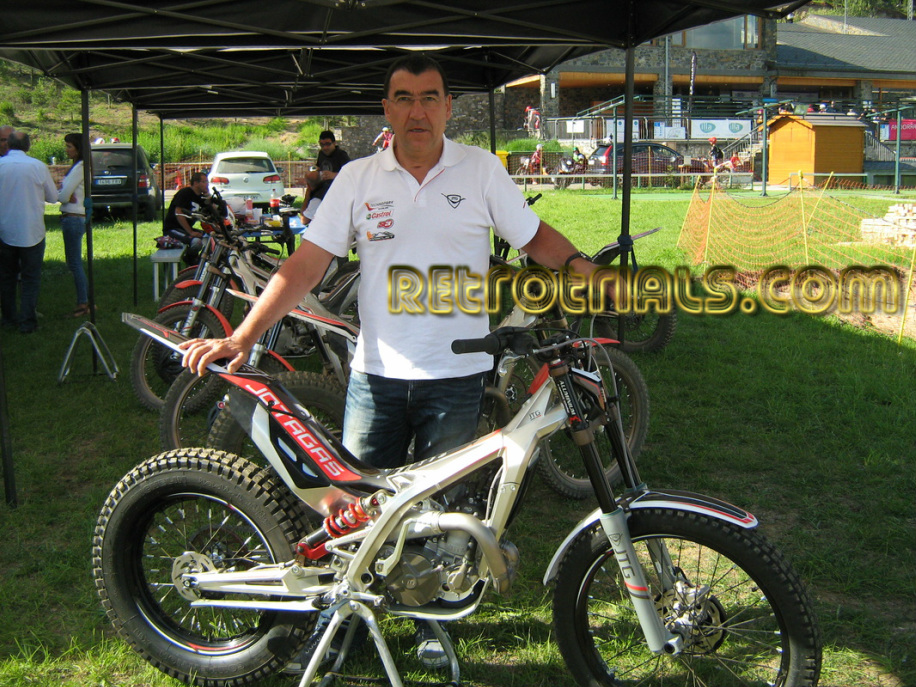 The 2013 Jotagas 300. The most gorgeous Trials motorcycle available
Whilst I was here I interviewed Joan Freixas for another article on Merlin I was researching, I was also offered a test ride on the 2012 Jotagas of Freixas. Joan leant me his boots and helmet and I was off.
The engine was cold and it started immediately. I immediately noticed how light and tiny it was. It almost felt as though I was on a push bike. The front brake was so so powerful. I'd have to get used to that .

The suspension was an absolute revelation. It was so lightly damped. I stood on the bike, stationary and compressed the suspension with my legs and then released. It felt as though both wheels came off the ground. The bike jumped back 3 or so inches. If you cant trick ride, then this bike is the closest thing to get you to learn. I'd later ride it up small steps and rocks and back down them. The light damping didn't allow the suspension to bottom out. It didn't bottom out once and I'm 13.5 stone. It used most of its travel, but they all do this these days. The front was so responsive and alive. The back end was equally lightly damped, but it didn't kick out at all . Also bearing in mind the shock is on the right I was expecting my boot to rub on it, IT DID NOT. The whole bike felt so light and alive and tiny.

The thing I recall over everything about the engine was that it was so smooth and perfectly set up. When I grabbed a handful it would gain speed smoothly, not all of a sudden come in. It carberated so cleanly and so smoothly it really surprised me. The engine was so smooth it didn't break traction once. Ok, it wasn't mud out there but it was loose leaves, cones and mulch. The engine grips amazingly. It revs well, but is oh so smooth all the way up the rev range, no surpises , just tractable power. I also placed the bike in 4th gear and ragged it , trying to get the clutch to slip , grate or show the abuse I was giving it in anyway , but it was perfect .Also I don't trick ride ever but there is easily as much of a steering lock than I needed.
I couldnt want any more of a bike than this. Its amazing .The finish is excellent, the anodized alloy chassis shines well and shouts out quality. The kick start and rear brake lever are both engineered from billet. The swinging arm design is really trick and different. The red graphics on the rear mudguard really go well with it. The new 2013 bikes come with a heap of improvements and include a titanium front pipe which im sure would be a couple of hundred pounds on its own.
I feel that these bikes look much better quality than everything else available.
I came straight back to the hotel room and put my money where my mouth is and ordered one.

Just for your information I get nothing from Steve Saunders or Jotagas. I don't know him, other than to order this bike and I don't expect a penny chew out of this. Its just my honest experience and feedback.

I do however think the small Jotagas company are an excellent bunch of guys. They're friendly, open, like a chat and very hospitable. I've been around the block and I've learnt in life that the smaller the company the better the service. The larger the company the worse the service. I'm sure you know exactly what I mean.
Jotagas are making a great  product which I believe is World beating in the right hands. Pol Tarres winning junior World Rounds and Jordi Pascuet leading much of the SSDT proves this. Winning can come down to whether you have the top buck for the top rider at the time. This might get them more sales but then it would contradict one of the core values of the Jotagas, small numbers and quality. Ive been told that Jotagas are upping production this year as they expect there to be more confidence in the new brand after a year of competition and that often people dont want to buy a bike from the first model. Even after upping production slightly the Jotagas will still be produced in small numbers in comparison to the other marques, so don' t worry you wont be back at the Ford area sales meeting.

If you want a terrific bike and exclusivity  then give one a rest ride. I'm sure you will want one as they are so easy to ride. 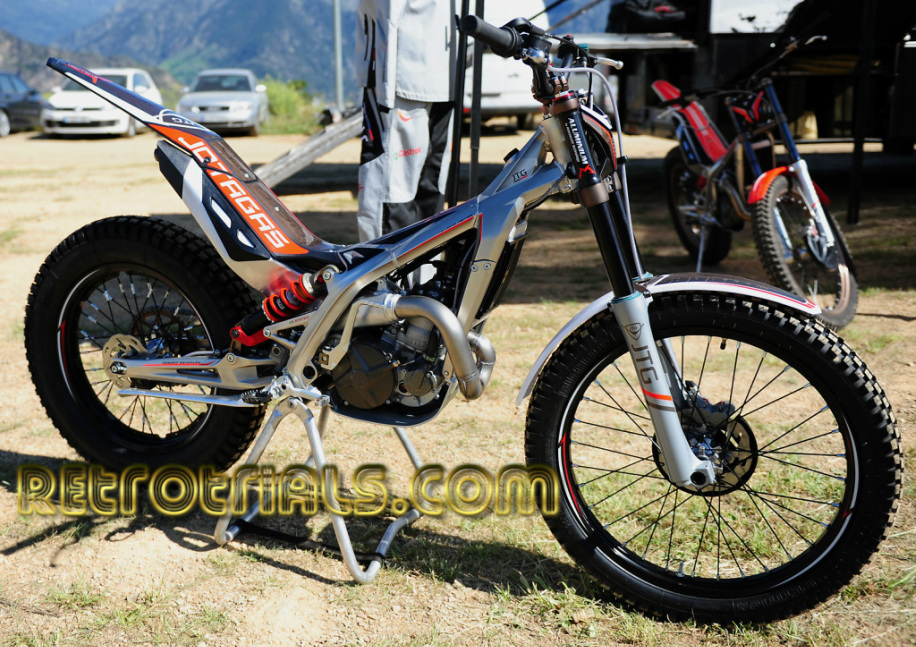 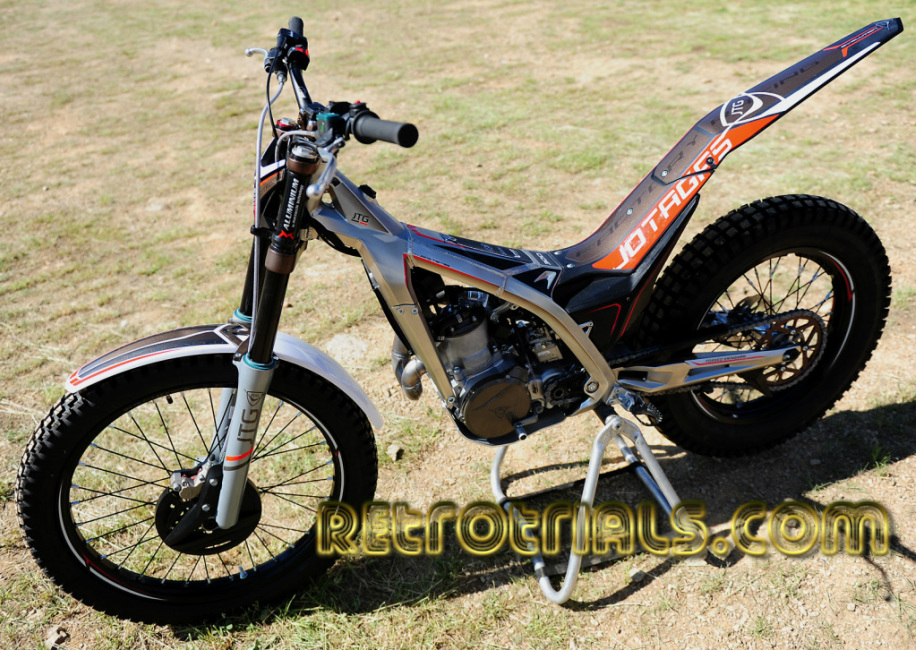 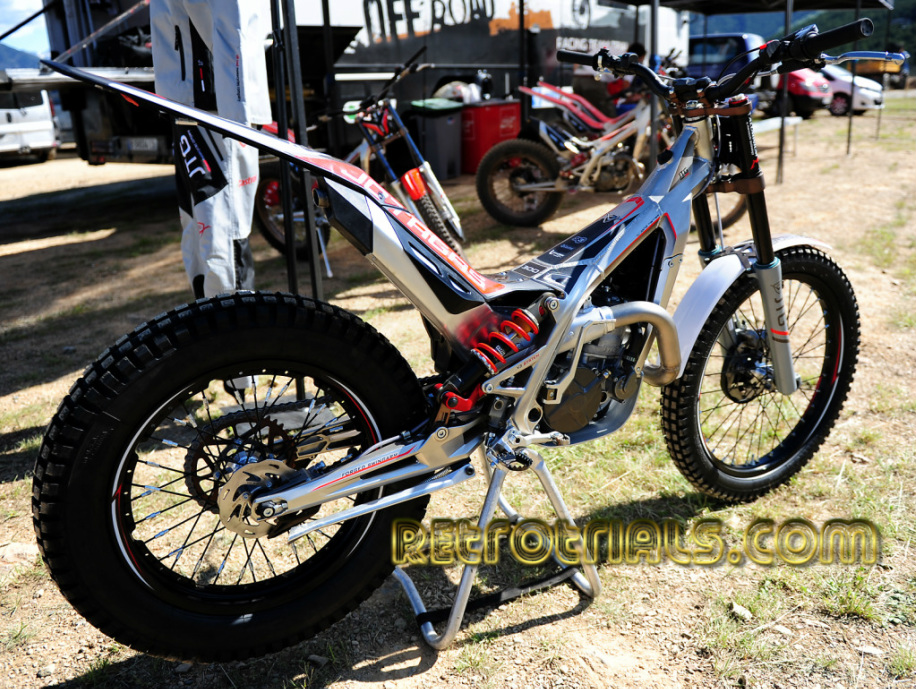