One of the summer camp bikes.  I have now walked from the car park to where the dog was standing on the wall. Around the corner to the left is the front door. Straight across and over that low wall are the beautiful gardens. 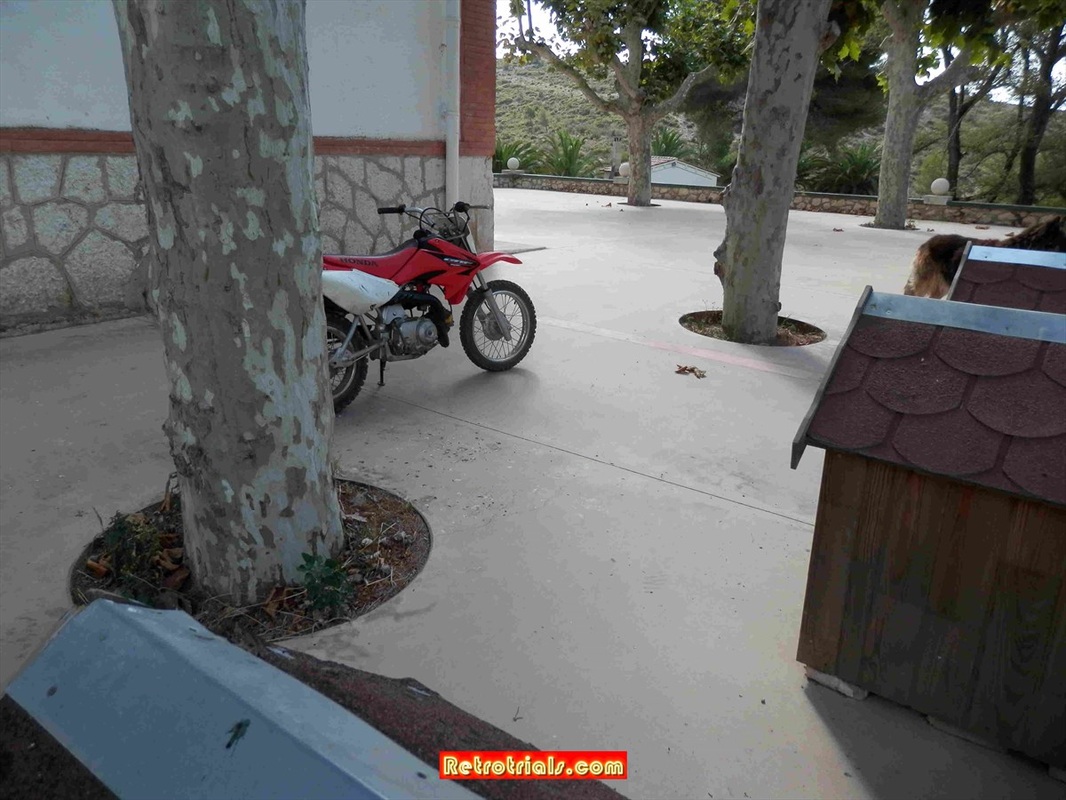 Bultaco - Masia de San Antonio tour WWW.RETROTRIALS.COM
I walked past the dog above and then suddenly it turns. One other dog joins it and one charges at me from 20 feet away barking. It runs at me and doesn't stop. I stand frozen, clasping my camera. The Alsation then leaps forward and bites me on my hip. I bend down in pain and the dog stood back 10 feet barking furiously. The garden men came over again and Ignacio and his wife arrived. It was ok, pressure stopped the bleeding after about 1 hour and the surgery was very short. I joke about the injury, but not about the bite.
Anyway ....it doesn't matter. It's only pain :)

Take a look around 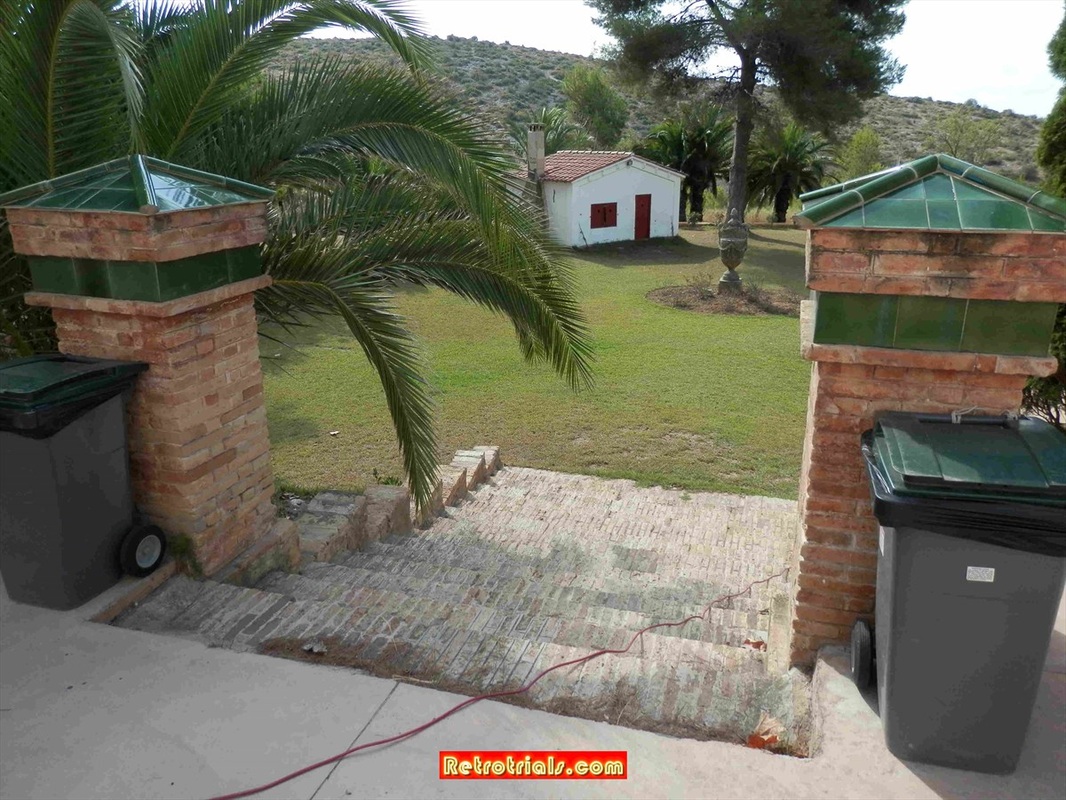 Bultaco - Masia de San Antonio tour WWW.RETROTRIALS.COM
Cal Pla, the abandoned stately neighbour
The main front of the house. Try and get your bearings. It will help you piece together the grounds and building locations as there are many old photos coming up that were taken in the grounds. 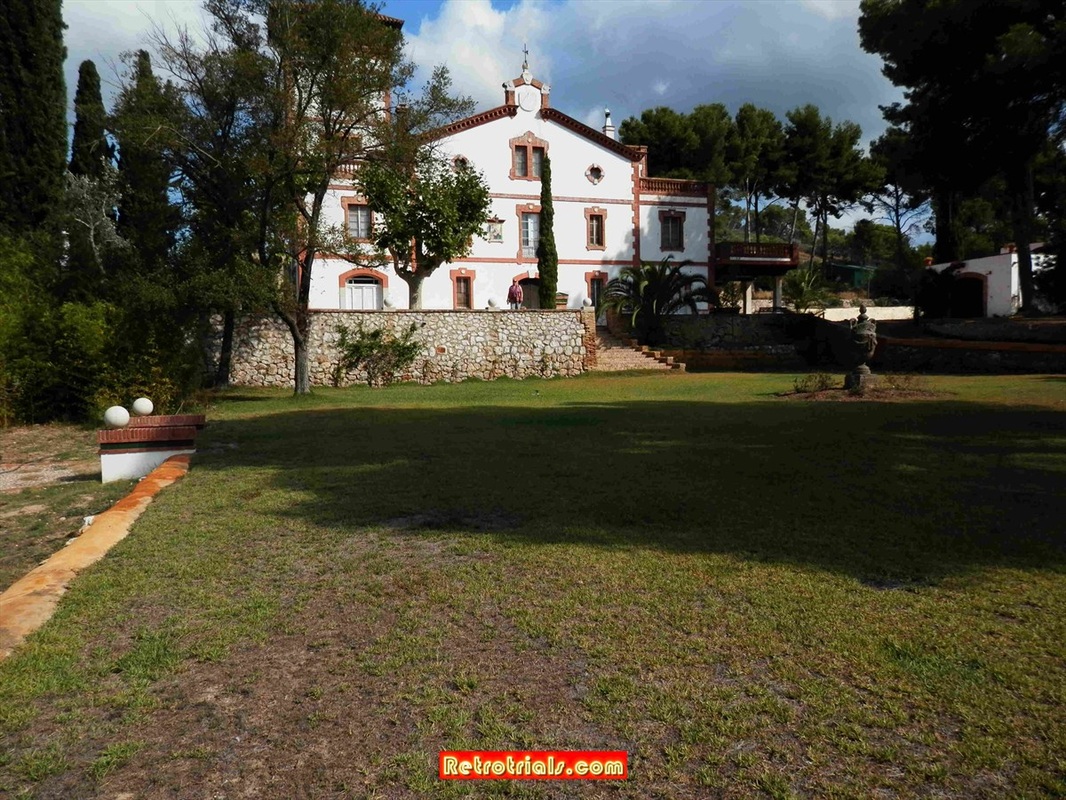