And you were playing golf 8 10 hours a day recently?

Do you know what your handicap was?

If I played about 88 that would be 16 kind of. I never really counted handicap, I felt that my lever was so low it didn’t really mater.

Hmmm that has been one of my ambitions. Since I have progressed pretty rapidly it would be pretty good. I like the sport. The 50 senior tournaments still pay pretty good amount of money so I have about 10 years to get me ass getting ready for the season. If I get good it would be a nice way to get retirement money and going to warm golf courses and play around the world and make some money on it. Unfortunately I think I’m going to have to let go of that dream as my back doesn’t let me swing the way I should swing. My back is too bad. This is from almost 40 years of riding.

What do you think of trials competitions these days, the equivalent of what you used to ride?

Something will need to be done. There’s no question that the level is really high like it has always been. But I think it’s becoming way to unrealistic and something that no one can relate to like a circus. It’s a lot of fun to see and very impressive but no one wants to start and do that as a hobby so I think it’s gone to much extreme. You can’t blame the riders they haven’t done anything wrong. Technology has gone higher so it’s just the way that the sport had progressed and it’s played itself out as a feasible sport.

Do you think trial’s has got a good future?

No. Trials as we know it doesn’t think it has a very good future. If somebody would come up with a magic wand to get teenagers interested it might have a future. I don’t think trials have anything going for it. Well maybe the price. It’s more reasonable to start than motocross or road race. Other than that we don’t have the riding areas we used to. The kids have a lot more opportunities to do lots more other sports that are more fun and easier and cool. Unfortunately we don’t have a single thing going towards our sport. It’s a pity as it’s a really nice sport. The rules, whether its stop, no stop, it doesn’t bring new riders to the events so unless we find some miracle change I don’t think it’s ever going to change. If I think of that miracle answer I’ll let you know. I have some ideas for the sport but I don’t think it will bring more people to the sport. I don’t think anyone has an answer for that. I think the cross over bikes might stimulate more interest as they are dual purpose. It’s a bike that would look cool and you could ride down the street on it no problem. It perhaps would be ideal for trials but you could do some trials on it. You could also use for other purposes as well. So that’s one possibility. We still have issues with the riding areas though.
What other ideas have you got?

We have another variation that a friend of mine did that worked pretty good too. Each section had an a b or c. At each section just like we do now. At each section you could choose, I’m going to ride A line on this section and B line on another section and it gives you credits. On the easy line you have no step on the easy line with no credit. On the medium line you’d have 2 foot step for 1 credit and the hard line would have a 4 foot step for 2 points off of your score. This way whoever lays out the sections can still lay out traditional sections and each rider can decide the level of difficulty they wish to ride on each individual section.
What was your favourite memory of the trial?

It’s actually …….. Now looking back at all the pictures and all of that a couple of those. Back in my childhood when I was 6 or 7 years old when I was riding my little Bultaco in my summer cottage I had a real good time there. Life was still trouble free ha ha ha. I didn’t have to worry about anything else. For some reason I think I had the best time of my life between 02 and 05 doing those shows in the US. The money was good and I got to do whatever I enjoyed. I was still healthy. Everything was going for me. Riding the World Championship was good but it was stressful but after getting to ride and being front of people and pleasing them and travelling around the US in a motorhome was  stressful but nice stress so I would have to say those times are the best times so far. 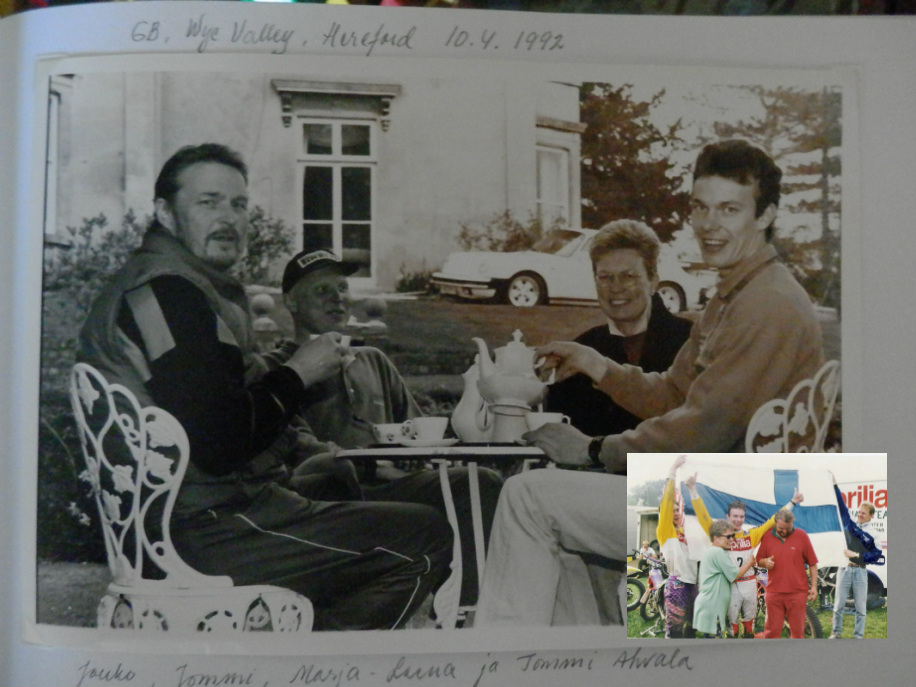 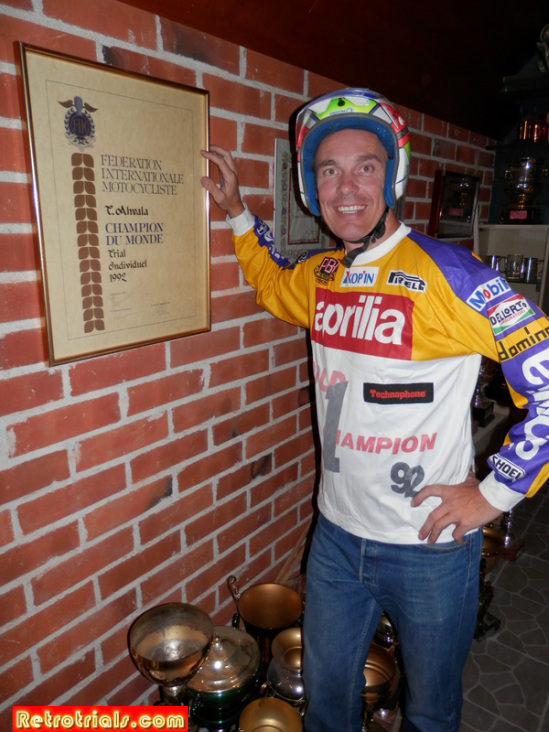