An over 40 award - aaaarrrrgggghhhhh   Noooooooo !.

It happens to us all. These riders lose some of the skill but with regular riding the level they settle at is so much higher than average. He will have wiped the floor with the competition. 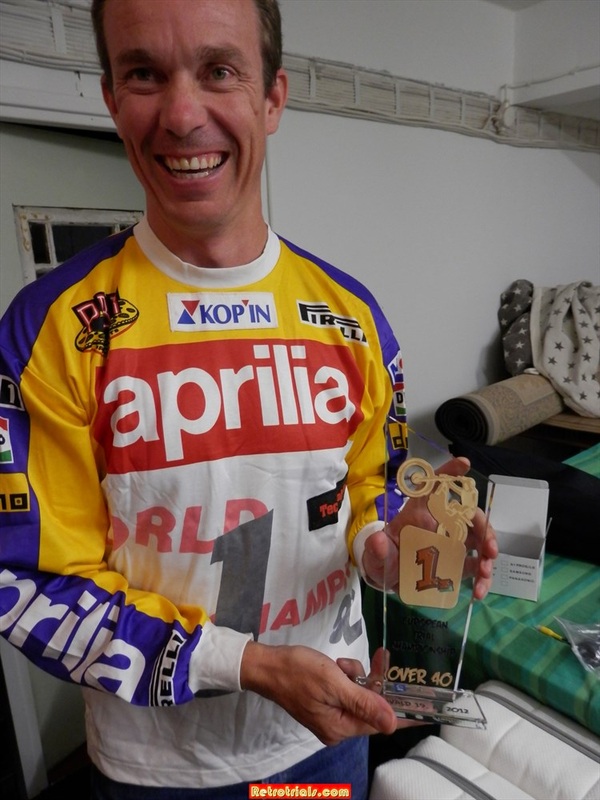 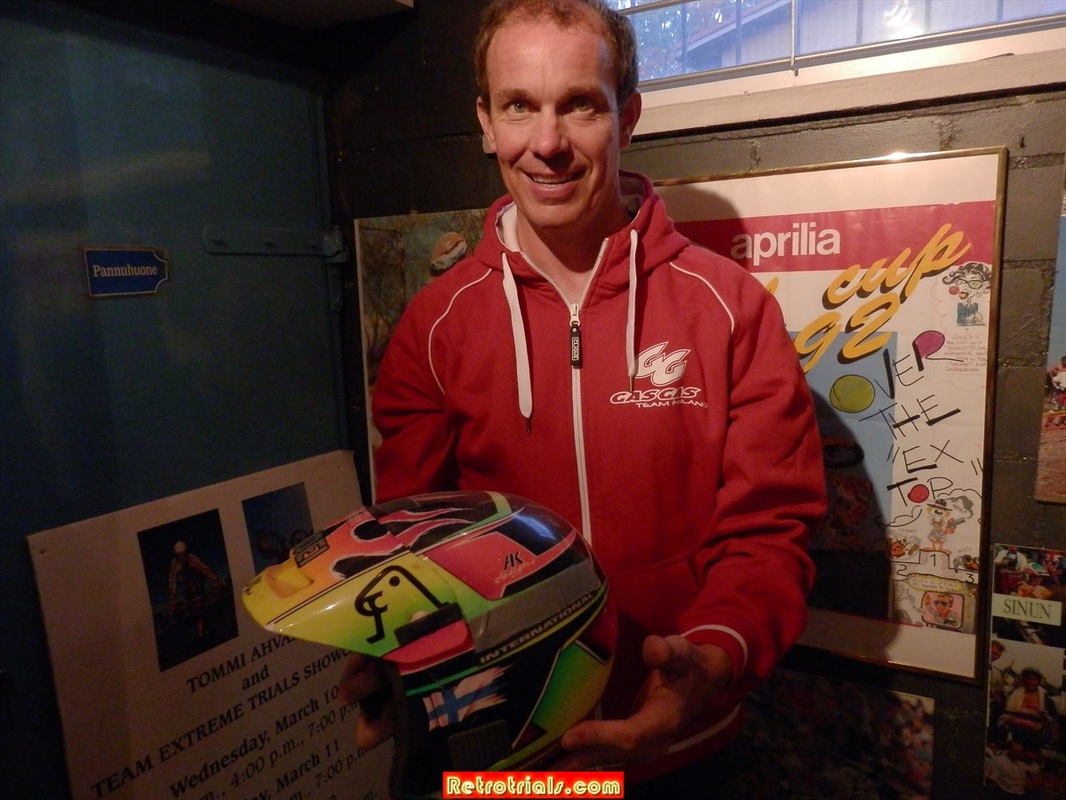 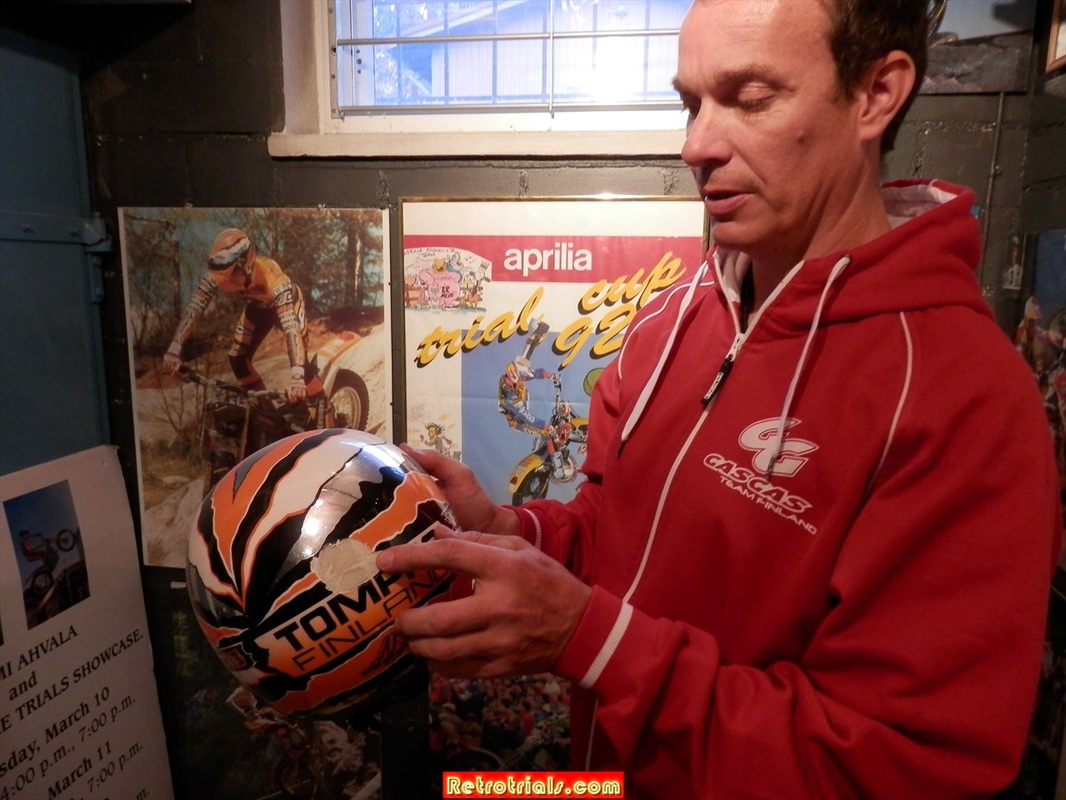 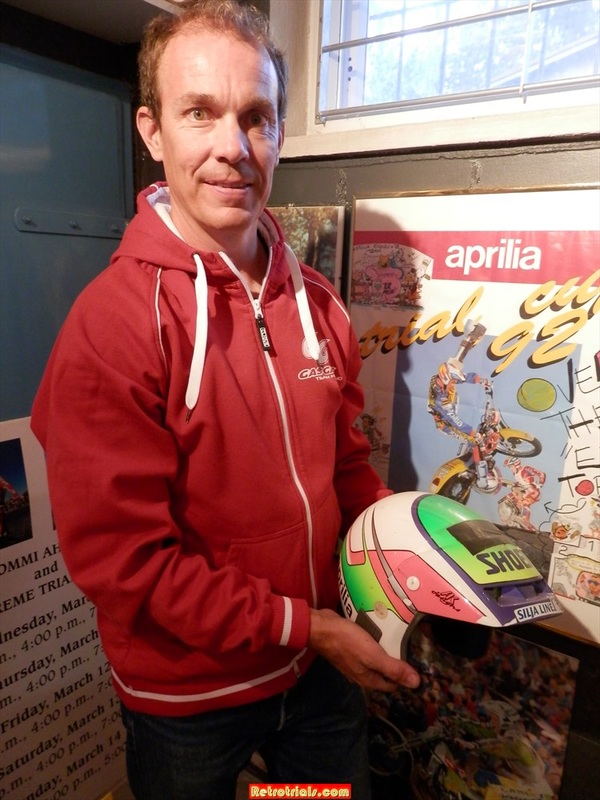 No, Shoei Italy paid me to wear the helmets and then I had KK designs from Belgium, a real talented woman and she always painted me a couple of helmets each year.
Charly Demathieu for decades used to keep the scores and control the score board at every World Trial. Charley had a marker for every rider which would be moved about the board and which would show their rank. After Tommi's win he "borrowed" the marker as it displayed " 1 " for the first time.