Yes, a lot of changes. It is normal . This was a prototype

RT - Was it competitive at the time

It was competitive because it was their job to make it good in competition but not the bike at all..

RT - Why use the Cagiva engine?

There was no engine and they come to agreement with Cagiva. I was not involved

RT - Did Merlin change the engines as all or was it standard?

RT - Did Merlin change the engine or did Cagiva?

Cagiva make these changes not Merlin. They did it for Merlin

RT - Was the twinshock 1982 influenced by Bultaco ?

Yes ,Ignacio was from Bultaco so yes. Ignacio was the technical man for Merlin and after the partner Pedro Arpa. I think Ignacio was only technical the three partners were Pedro Arpa, Jony Regas and Lluis Planes

RT - Did Paxau work on the Merlin?

He worked for Merlin but not in the factory. He just prepared the bikes for Gallach and me a little. He was a technical man. Paxau really just supported the riders to make adjustments to the bikes for competition

RT - Did he help develop the bikes from one year to the next ?

No ,he was responsible because he would go the competitions with the riders and make changes these changes would be on the next  years bike

RT - Who designed the red Merlin with the white wheels.

RT - Was this a big risk at the time?

Yes,It was forbidden for this bike to be ridden in some country. In Belgium it was necessary to put a spacer between the spokes.

RT - Which was the best selling bike for Merlin.

RT - You ride for Merlin at the competitions but what did you do during the week ?

I work for Merlin. Yes i work and ride

RT - What did you do at the factory ?

Only prepared the bike for the trial, just the competition department

RT - Upstairs at the Fornells factory what was the large room used for ?

It was a warehouse

RT - Why did Merlin go bad?

I there was not enough evolution of the motorcycles .The engine is old and very big and many people say it needs a new engine . They didn’t and the company was decided not to build another bike and they then decided to sell the factory to GasGas. The problem also was that Ignacio make one bike with Ducati four stroke. The name was DG11. This is bad . All the money went bad. The engine was very bad and they all go wrong 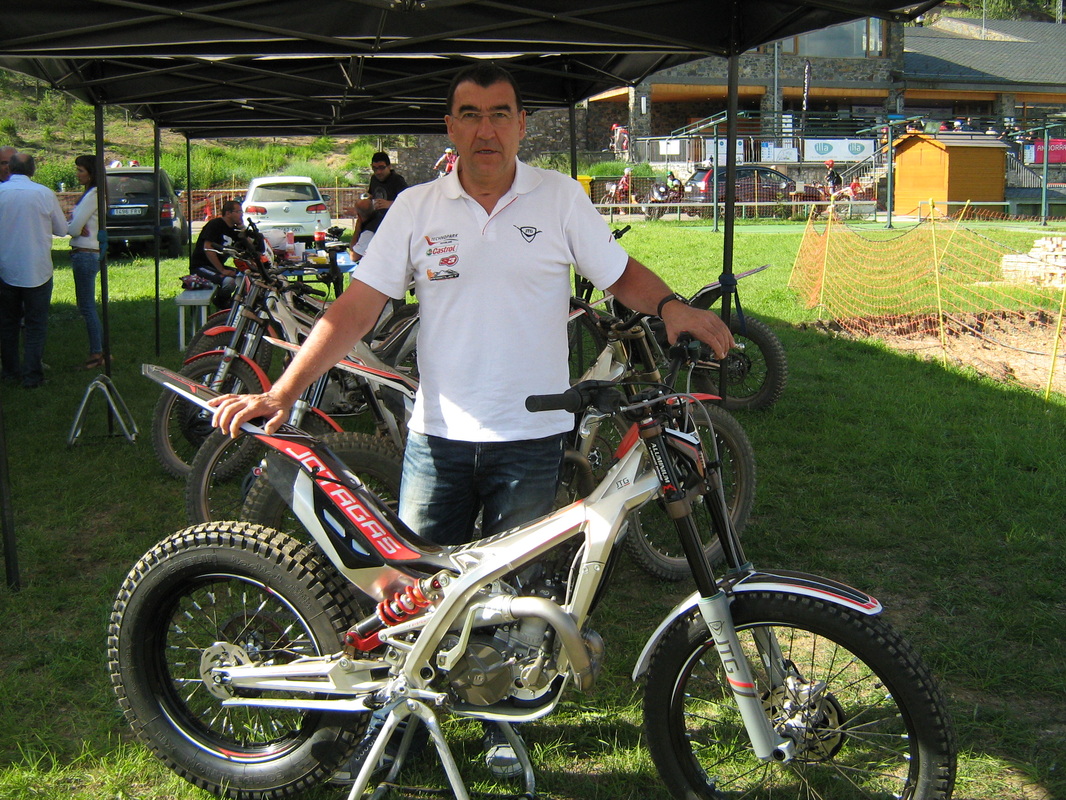 Joan Freixas with the Jotagas 300
RT - I hear that a water cooled Merlin was made . Is this true ?

No never.
RT - Why was the 1985 Merlin twinshock made when the Yamaha trial bike was already a mono shock?

Because they started developing the single shock with Paxau and they did not start prpduction with this bike until later. They were slower with the evolution of the bike, although they have the Paxau single shock bike

RT - What did you do after Merlin?

RT - What did you do for GasGas?

I only work and only a little drive. Issued to test the bikes before were sold to make sure they worked properly.

RT - Do you have a good technical knowledge?.

I work with the motorcycle all of my life. I know when an engine is good and can identify engines that are good for competition. This is  good for everybody . Yes , i know this.

RT - When Lejeuene was employed by Merlin did Merlin call Lejeuene or did Lejeune call Merlin?

Merlin called him . He has problem with the Honda , i think before and they finish his competition

RT - Did Paco Bulto every come to the factory to see his son and to see how things were?.

Paco speak many times with Ignacio on the telephone but he never came to the factory , no

RT - What was the best time in your career?

One 6th in Germany

RT - You were chosen to ride the trials des Nations . That must have been a great honour for you?

I have some photo of the factory . I will send you. 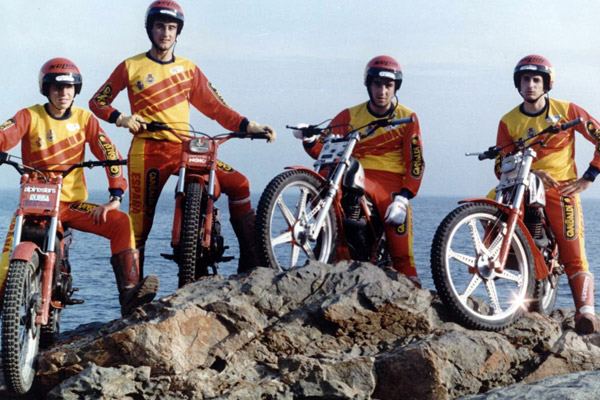 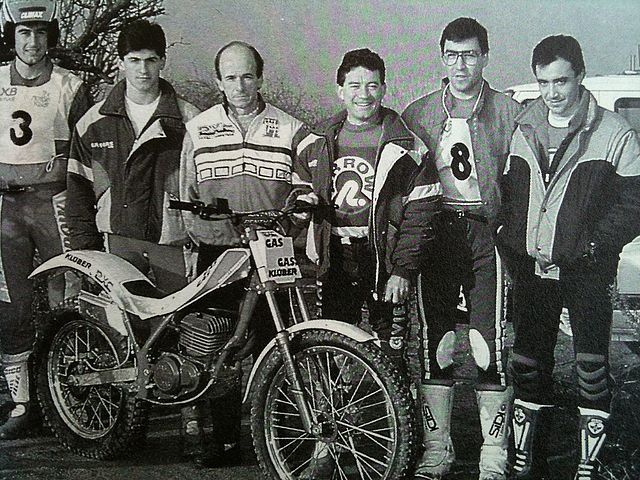