Hmmmmm :)
These watches command very high prices.
Can you spot the price of the watch in the middle ?
Sorry ......I got distracted ..... Back to bikes.
We've had an interesting time in Zurich central but now its time to head over to meet Bernie. By now im getting nervous. I shouldn't be , but I am. 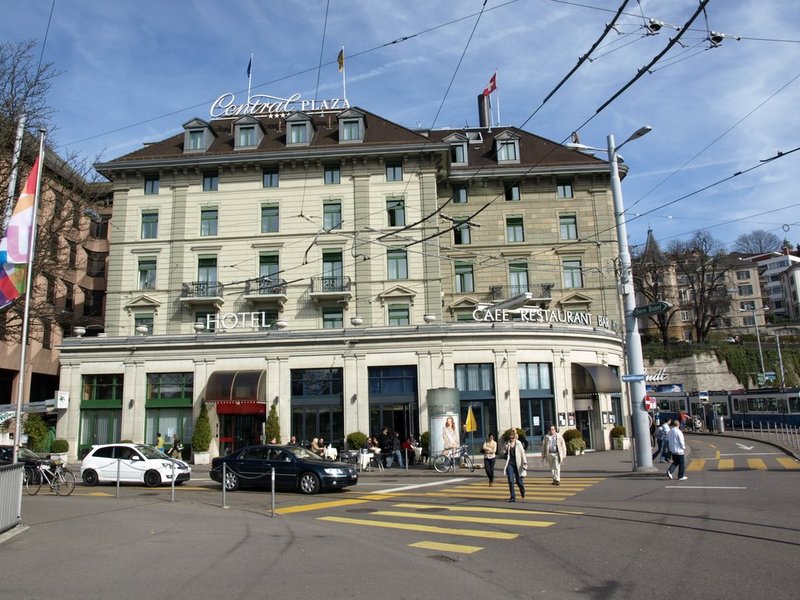 2014 Bernie Schreiber Interview
So, I have agreed to meet Bernie on the hour at his Hotel, which is just to the right of our Hotel. I was going to make sure I wasn't late by one second. I wanted to start on the best possible footing and being late just wouldn't work. So we arrived at Bernie's swish hotel. It's the one you can see here in the picture. I think the first time I saw this hotel I turned to my wife and said "Why isn't my hotel as nice as this one? ". She kindly replied by reminding me that I changed the selection perimeters in the hotel search engine to display the results with the least expensive first, not the best match. "OK" I said, you've got me there :).

In we walked to the foyer and looked around, my eyes scanning every face for a Schreiber likeness, but there was none. This was because .....I was early, so we sat and I got more nervous just sitting  :).

Then, as the clock ticked round to the hour, bang on the mark, the elevator doors slid open and 1979 Trials World Champion and the 1982 SSDT Winner Bernie Schreiber appeared. Bernie immediately spotted me, as I was the only one being treated for concussion on the marble floor after fainting. After a quick dowsing in Swiss water, which I'll have you know they charged me for, I was back on my feet.

After warm introductions we found a suitable place to sit down and ordered some coffee. I was busy trying to control my breathing and remembering to sit on a chair rather than just fresh air. You get the picture?. 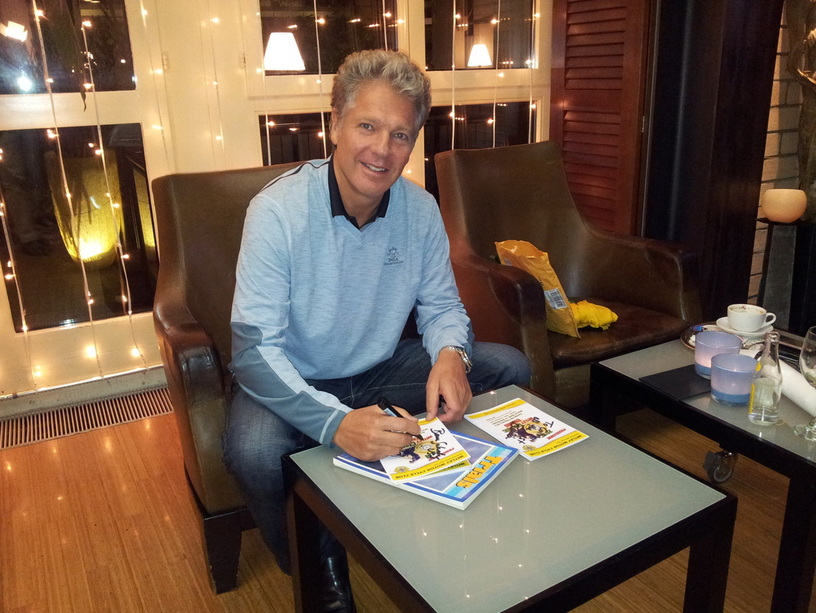 2014 Bernie Schreiber Interview
Bernie signs some Witley club programs, because it's the only club he still belongs to after being made an honory member in the late 70's.