We've arrived back at the home of Tommi . 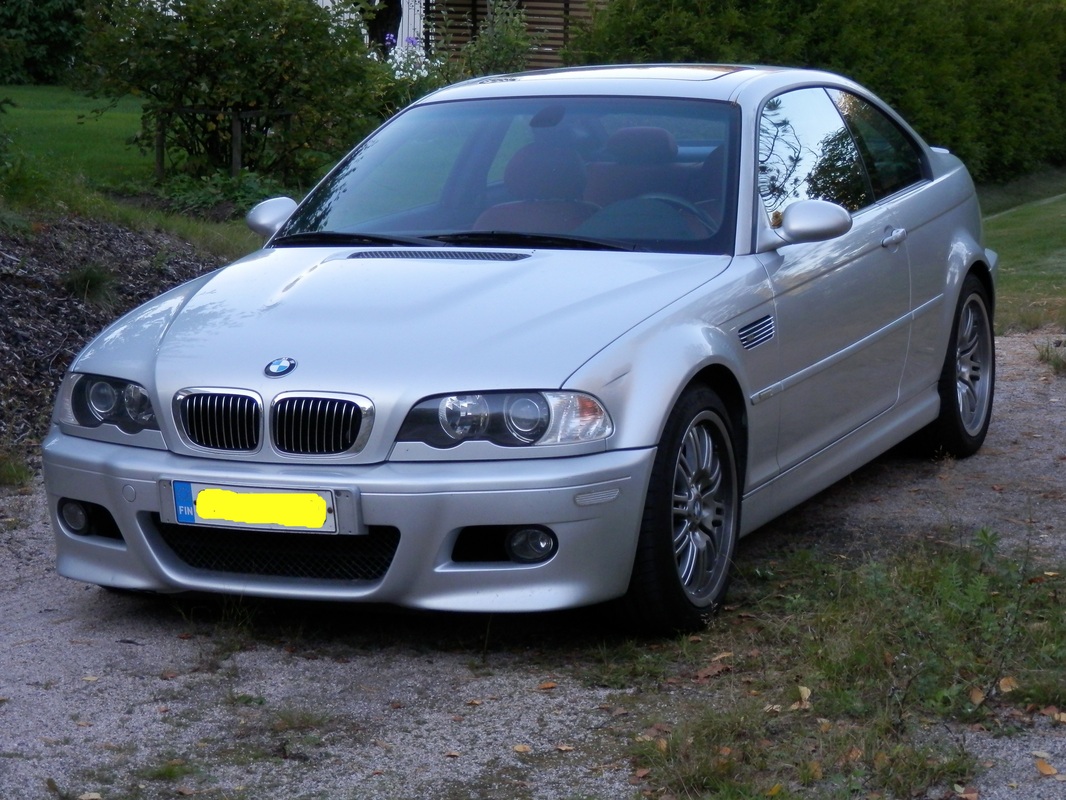 2013 Tommi Ahvala Interview WWW.RETROTRIALS.COM
Tommi's 2 1997 Montesa's. This one was for riding and the one with the rear wheel out was used for spares only 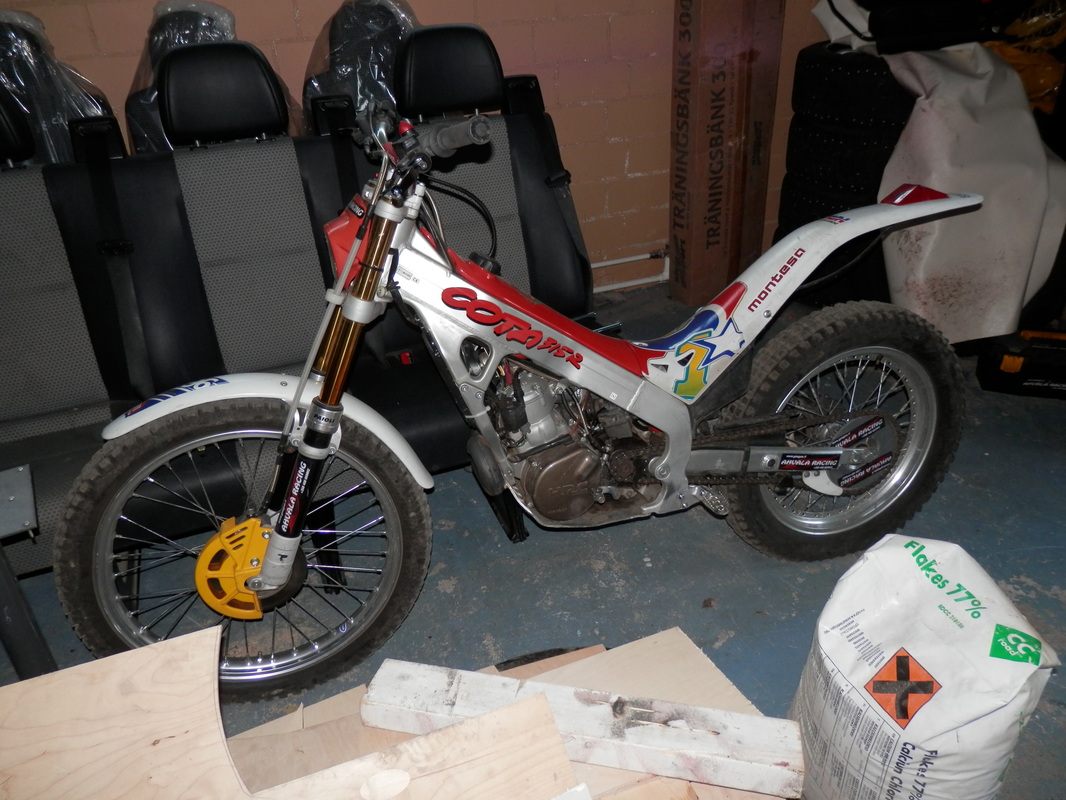 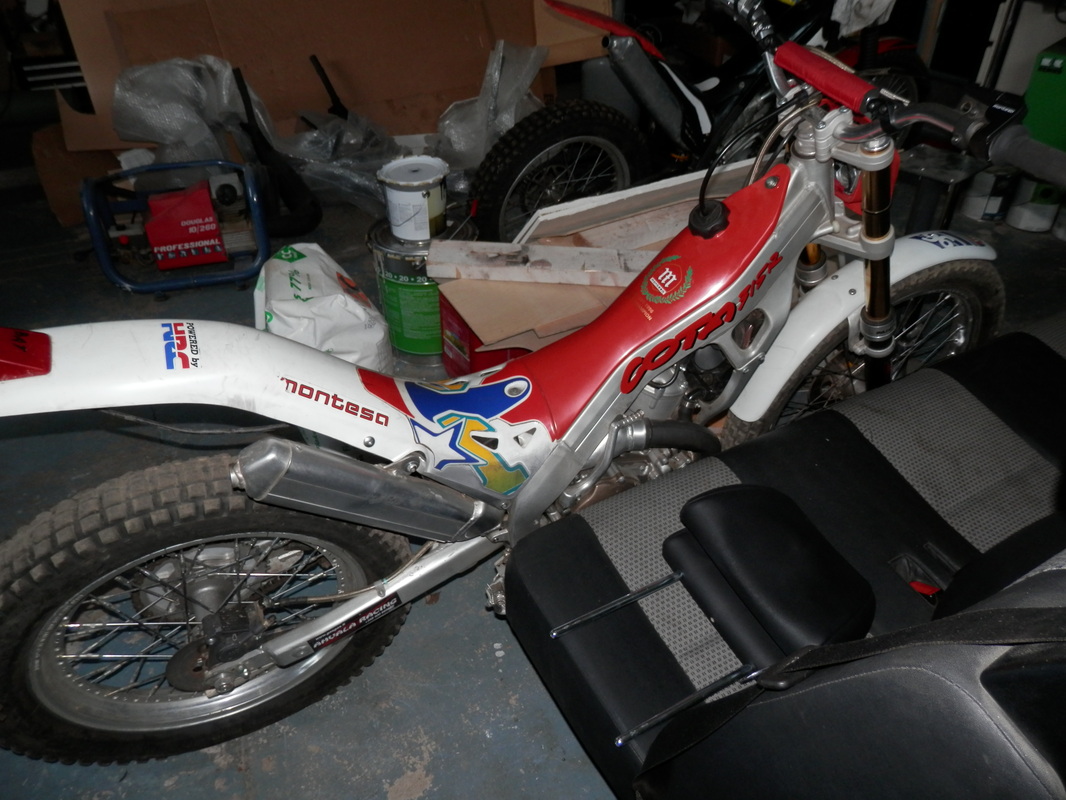 2013 Tommi Ahvala Interview WWW.RETROTRIALS.COM
Just for spares and not touched for years. 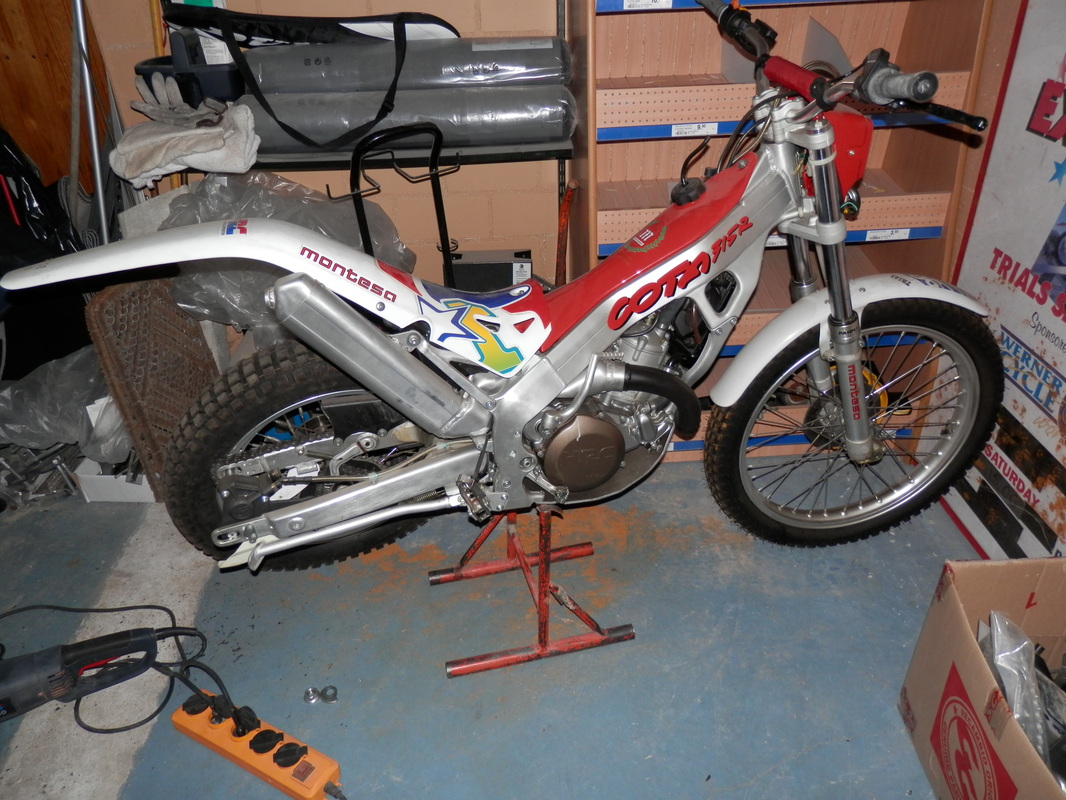 2013 Tommi Ahvala Interview WWW.RETROTRIALS.COM
Mad Croc are one of Tommi's US sponsors
Did you enjoy spending time out on the circuit?

Yes until 97. We had some great times out there and I learnt a lot about different cultures. I never suffered from stress at all but I didn’t get anxiety before the event but this was positive. Then in 97 I started to get negative anxiety and I wished the morning wouldn’t come where I had to go and ride. It was at this time that I realised that I’m not having a good time here. I wasn’t enjoying it. It wasn’t so much about the results as that never really bothered me, but because I wasn’t enjoying it. I’d seen everything, nothing was new. It gets boring after a while.

Did any other riders suffer from stress at all?

Some got a little hot headed but nothing more.

Did you use a lot of alpine star boots?

Yes, we would have these special alpine star boots that would only last one or 2 races. They were really thin and light and soft. They would wear out real quick but they felt real good and had good traction. I used 10 /12 pairs a year at least. I kind of stopped counting. When I ever needed any I just asked. I think riders like Marc and Jordi, they used a lot more tyres and clothing than I did. We were always really conservative with old tyres. I think that’s one of the factors that improved my riding a little bit. I didn’t practise with the new tyres as well.
Another present from Aprilia
But you didn’t have to pay for your tyres?

No, but still with Aprilia you felt like they were always whining about it. How many tyres and how they were counting everything you use so we try and use as little as possible. They were just being careful.

Do you think that you practised more than other riders or less?

I think I probably rode more. I think Jordi had a physical side and then the riding and we always had the mentality that we always needed the physical side where we needed it so we rode and rode all of the time. Physical practise is riding as well. We probably spent more time on a bike than anyone else. I never felt that I was talented at anything or that I had any more balance than most people. I think what I’m gifted on is learning pretty quick and having the willingness to ride and practise in the woods for hours and hours really hard. That was my gift. Willing to give it all I guess.
A snow clearing machine is a must in Finland.